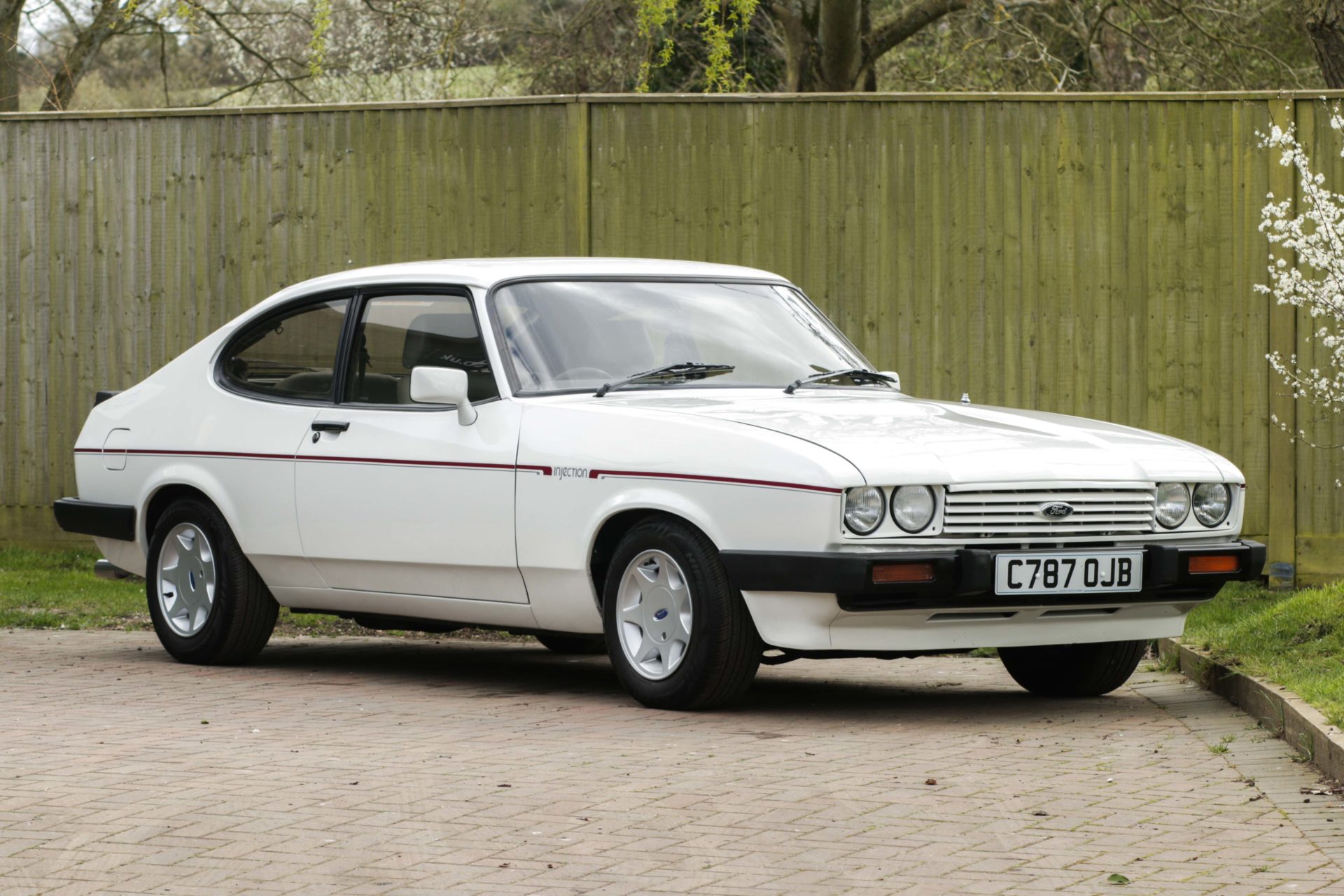 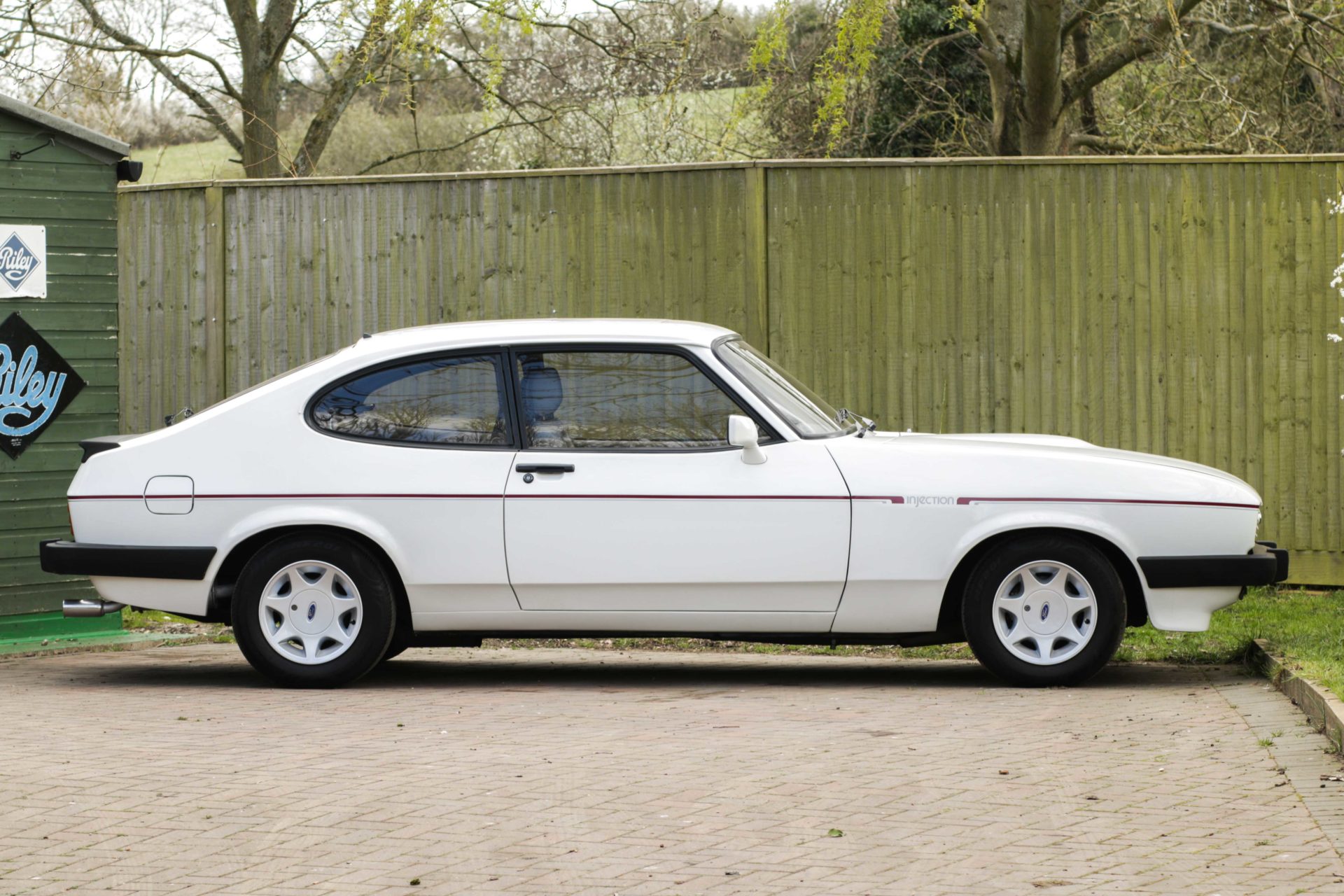 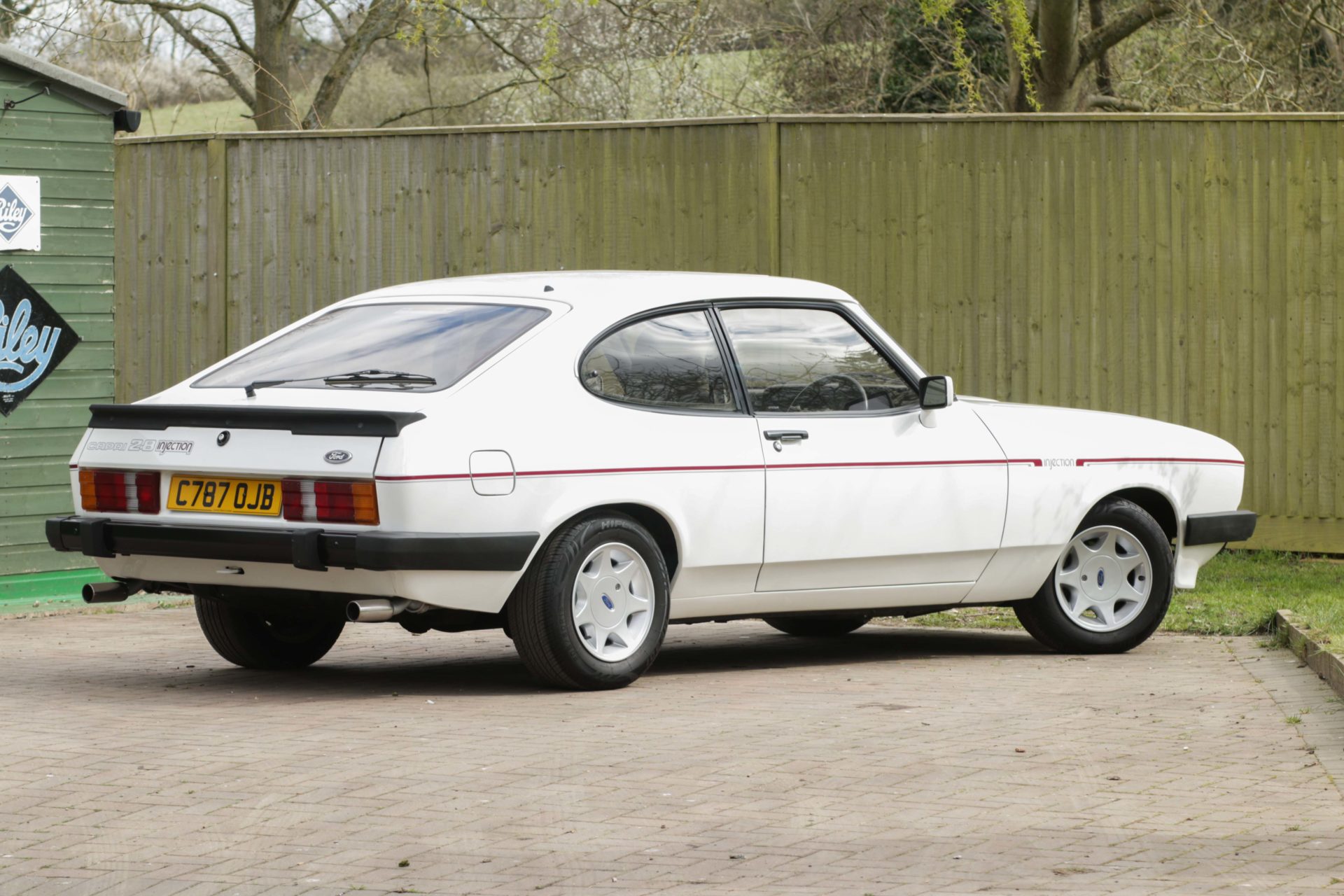 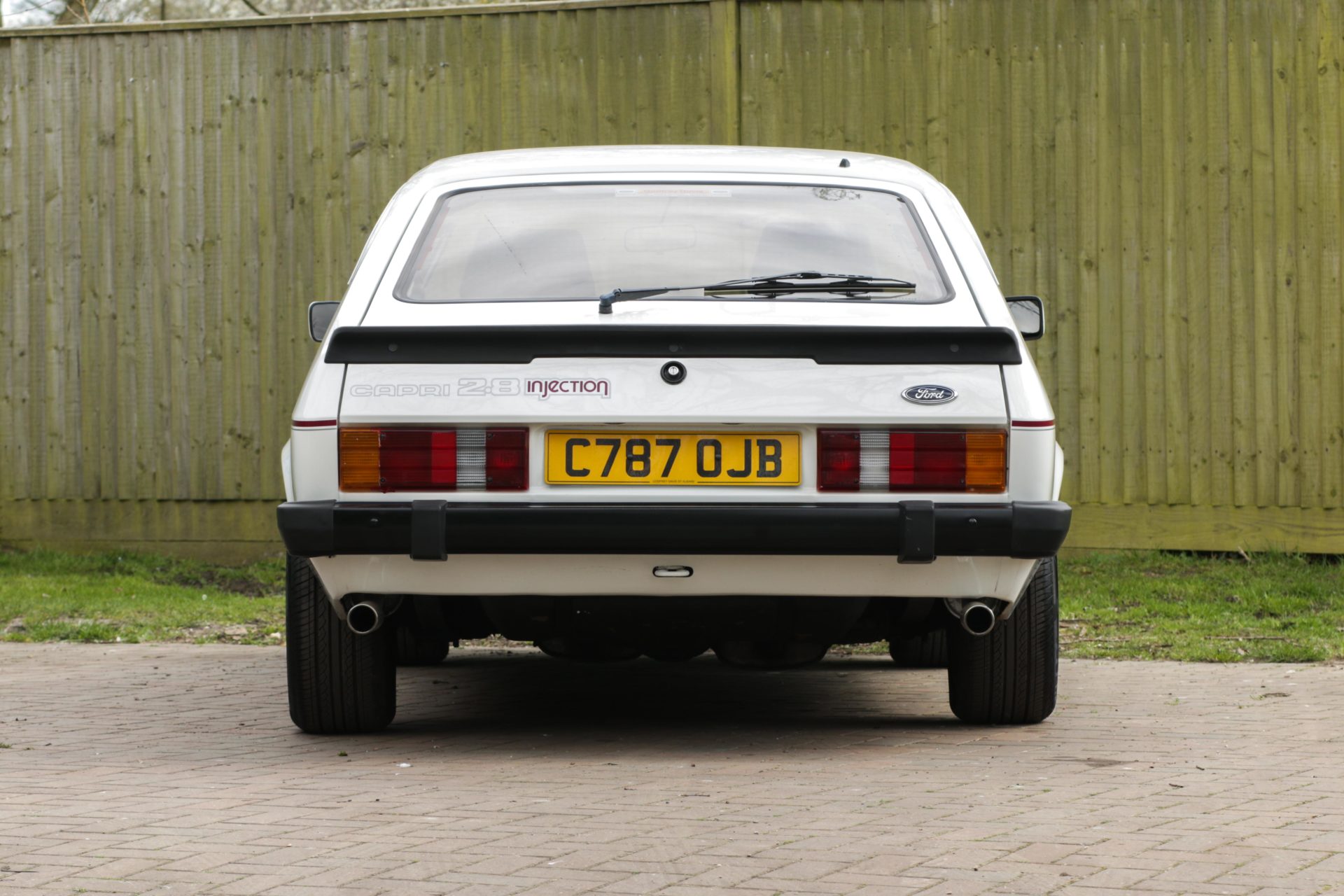 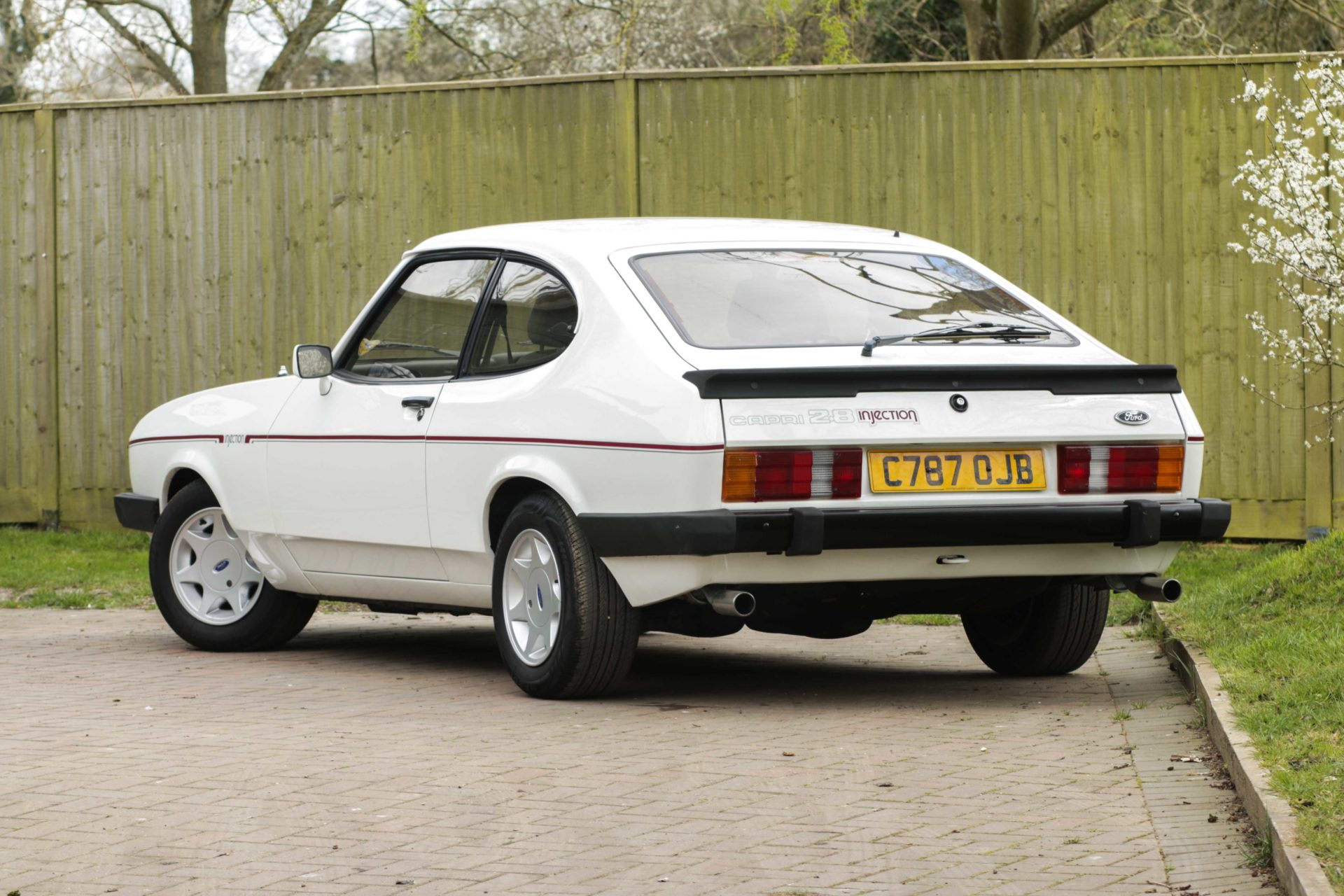 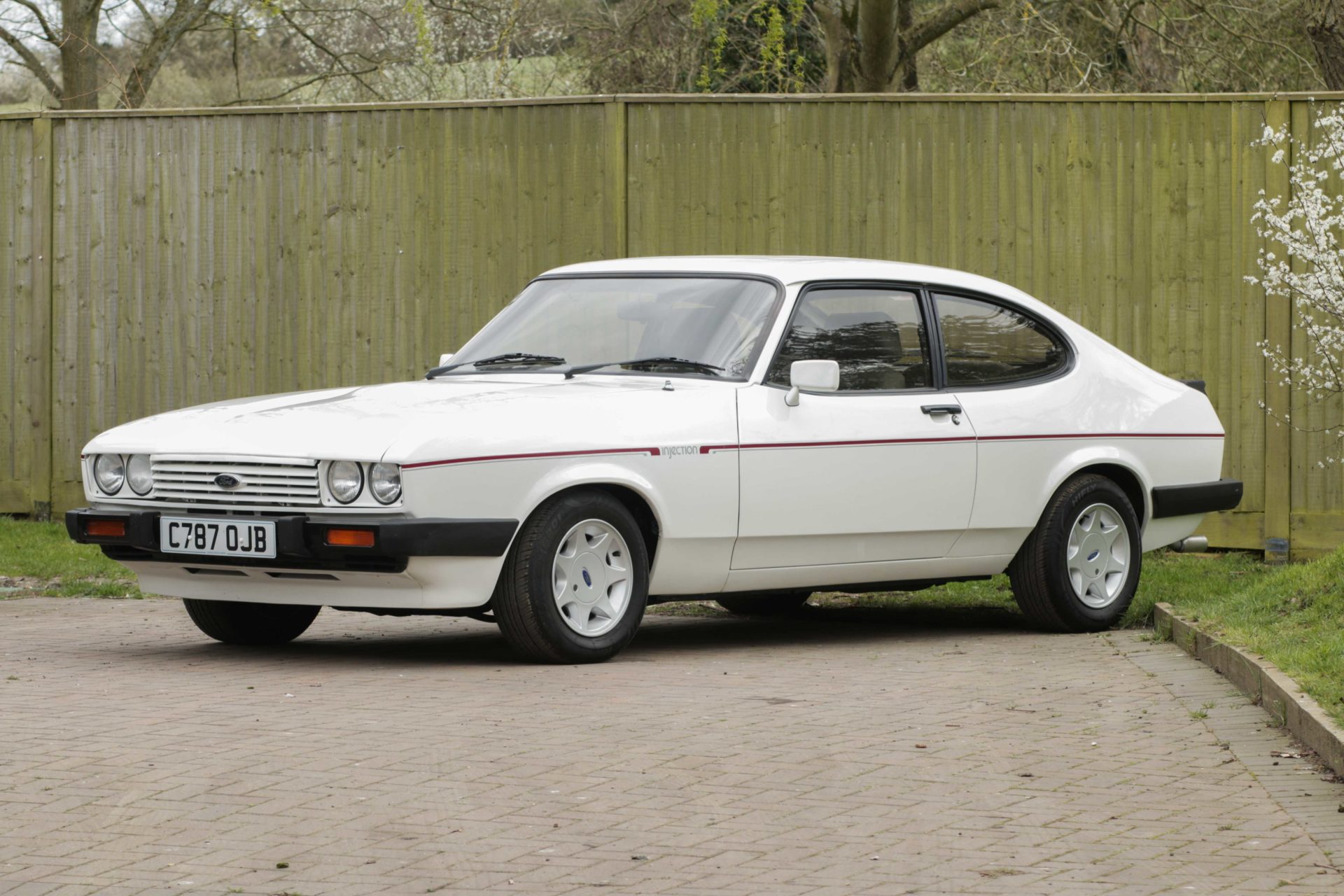 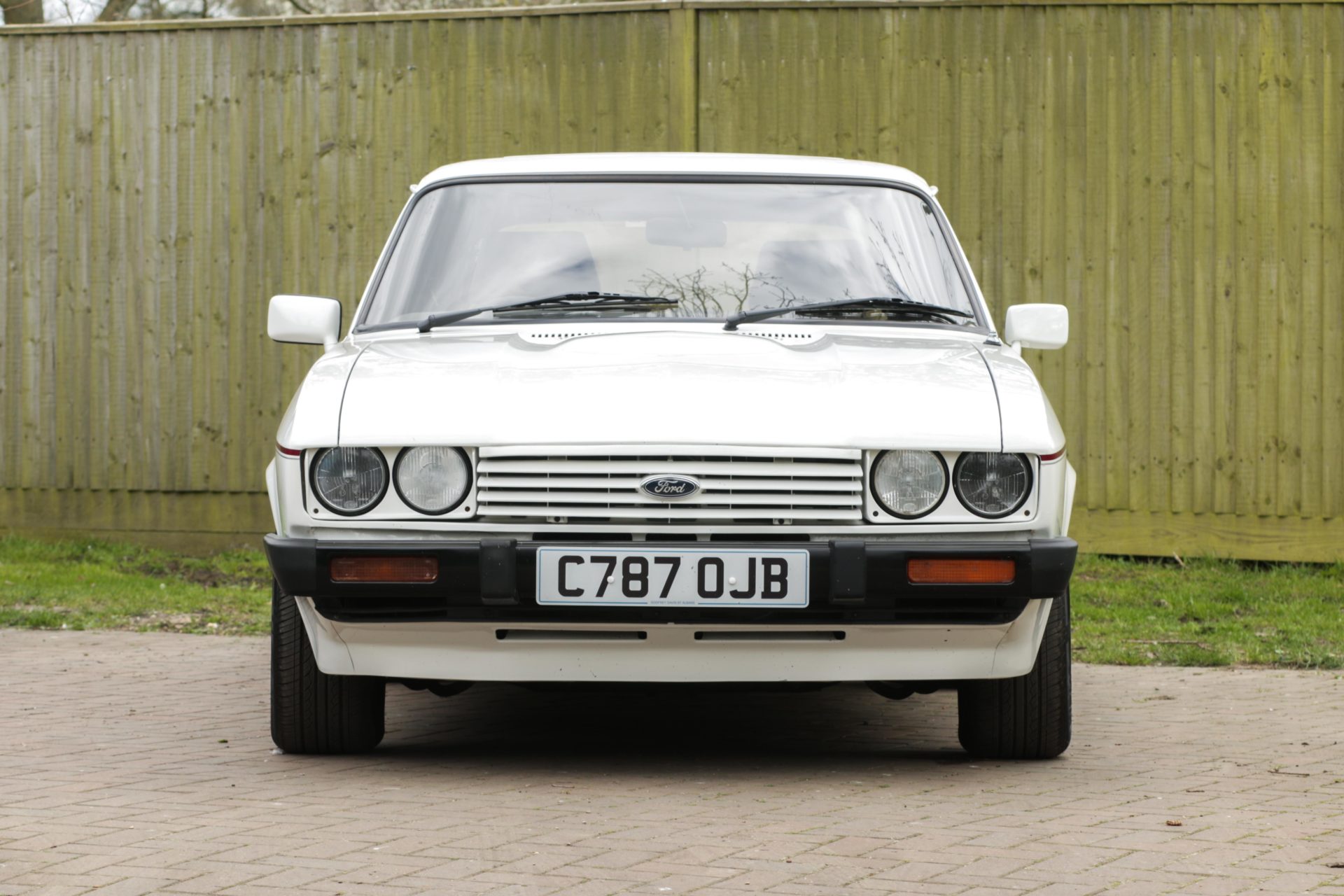 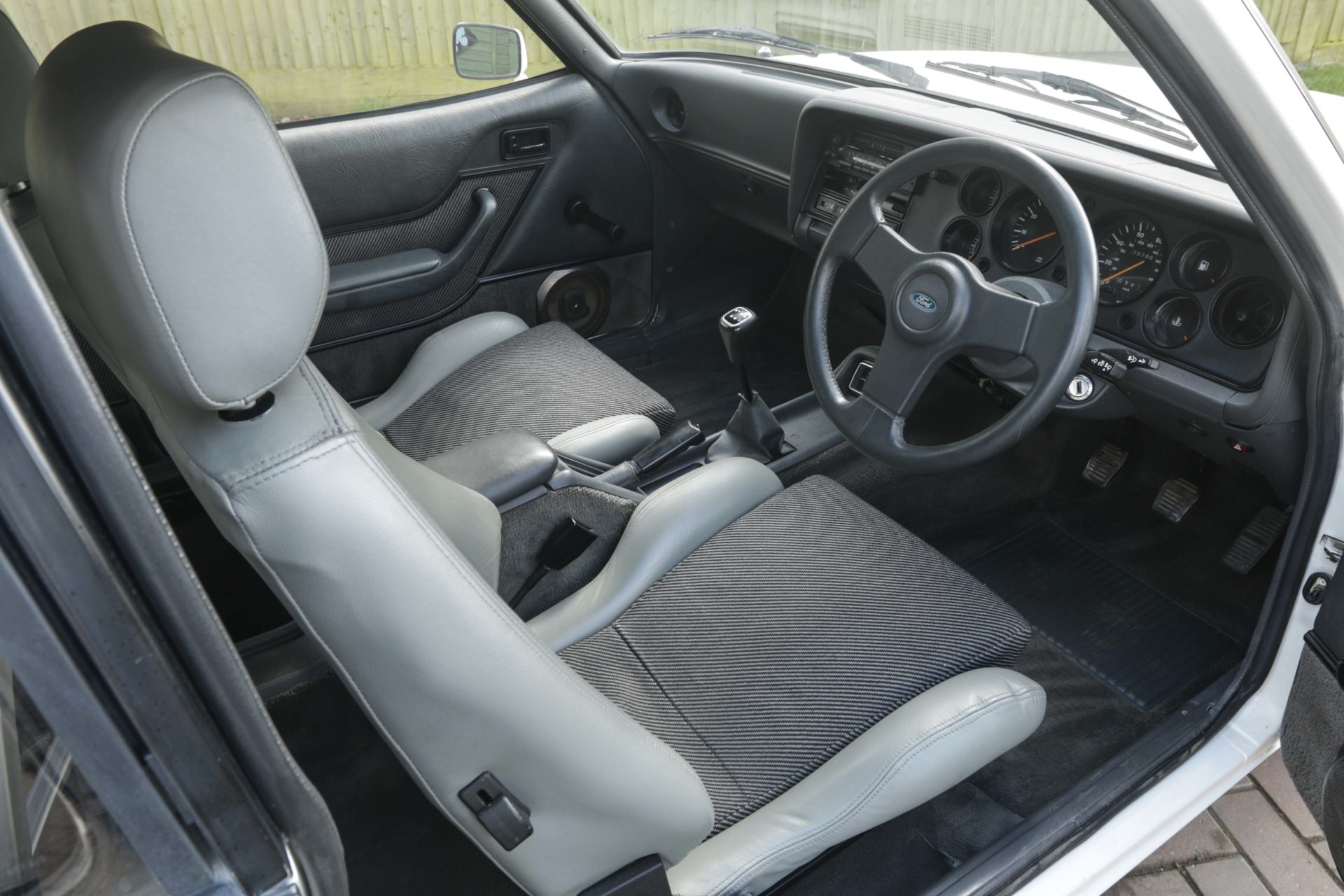 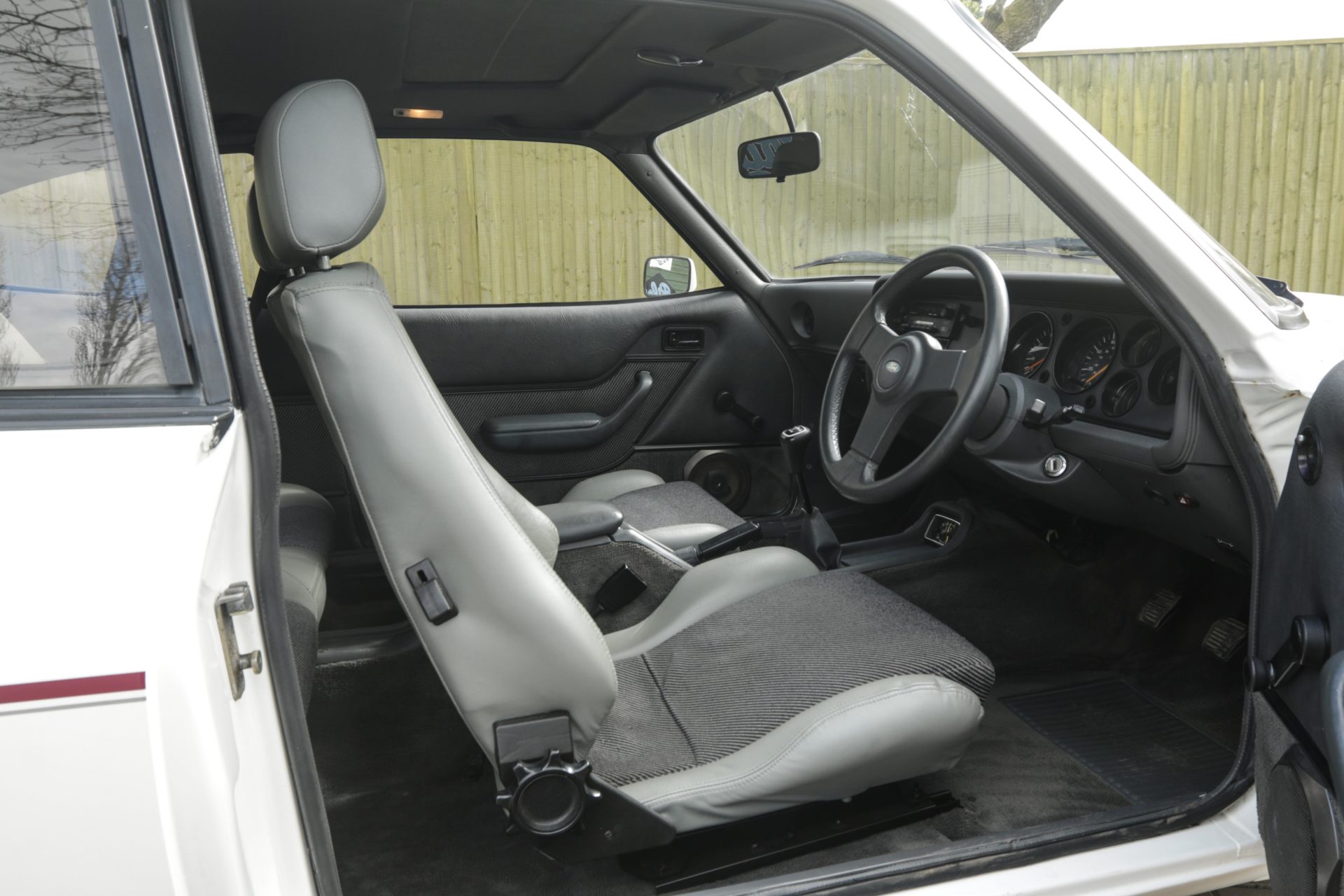 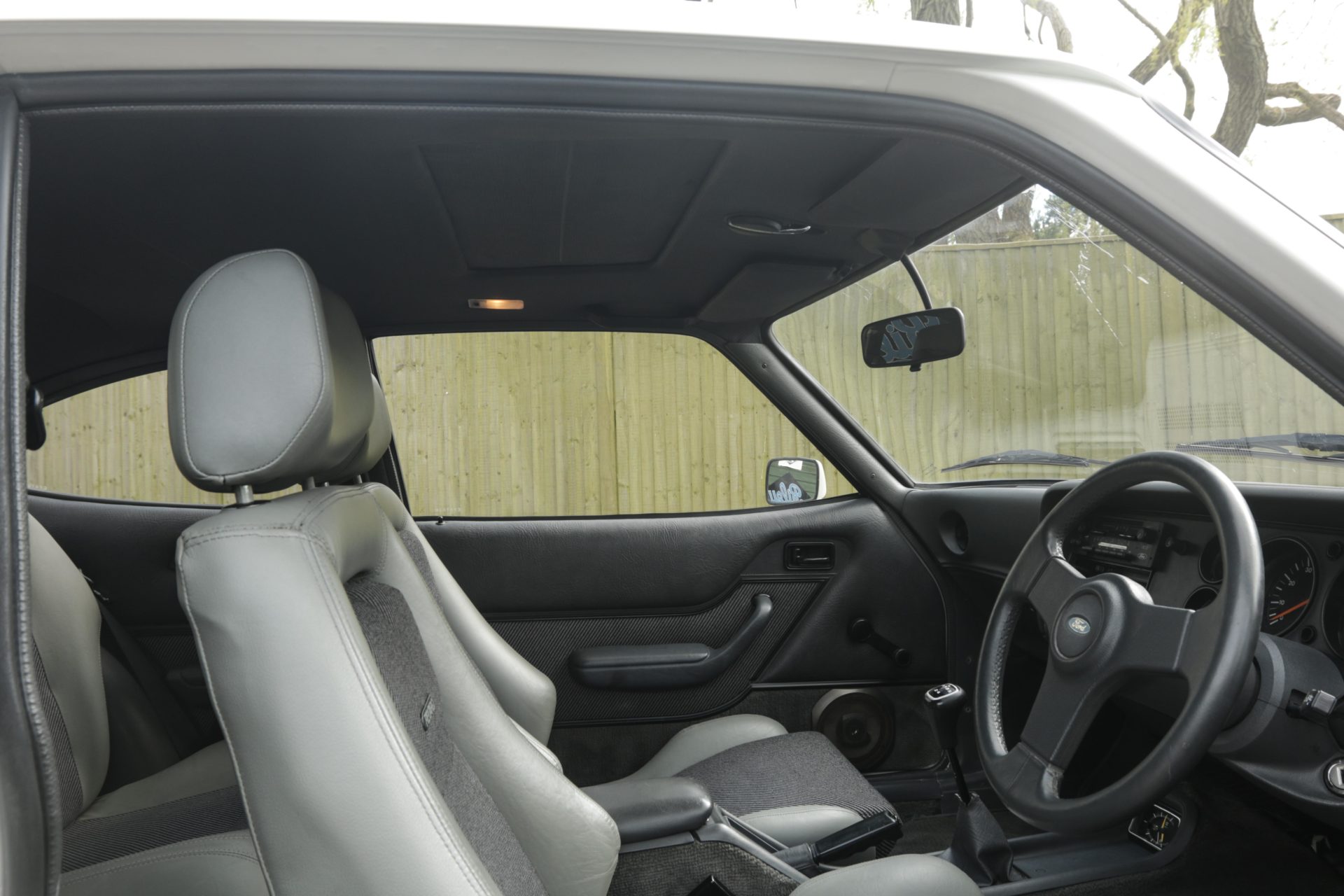 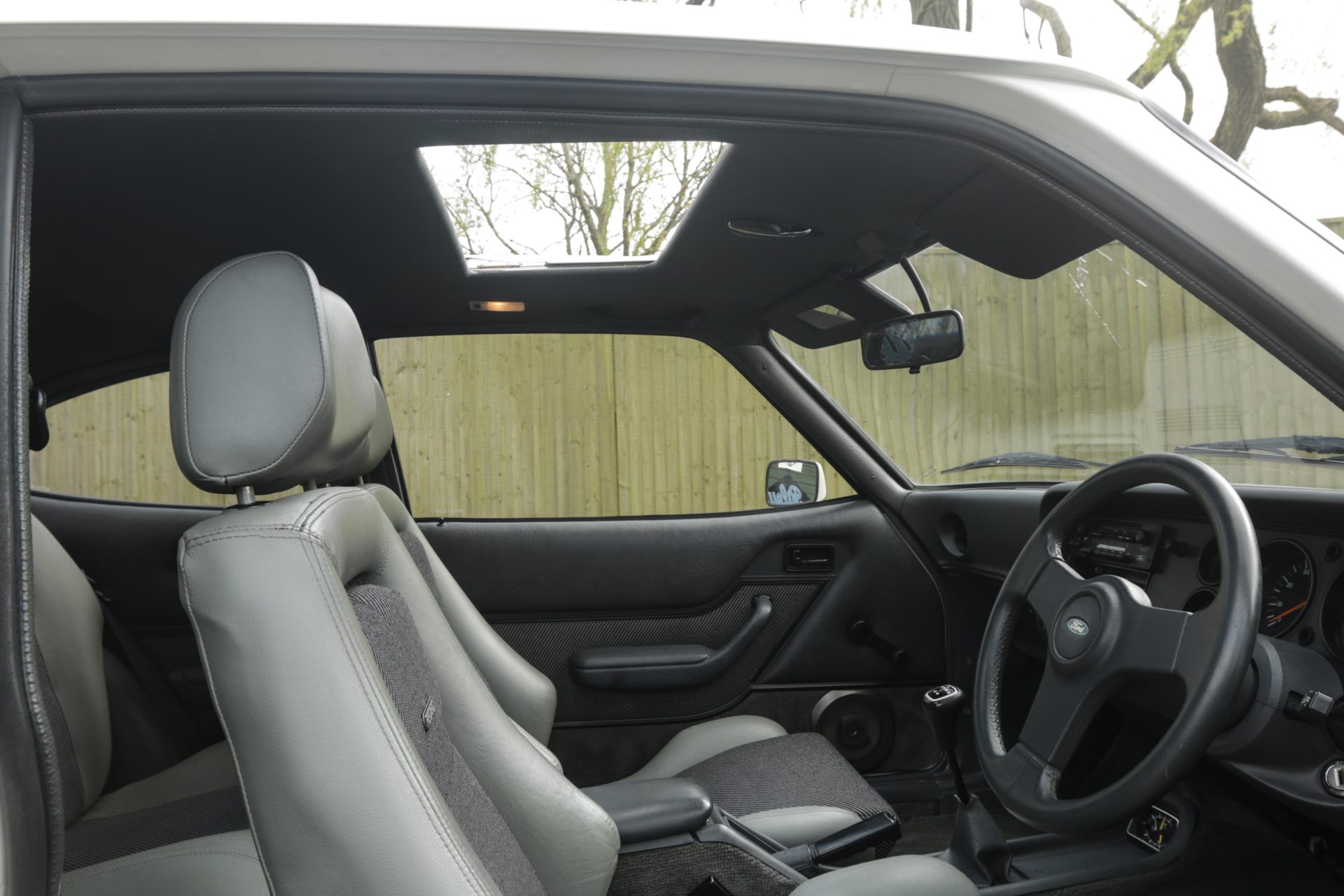 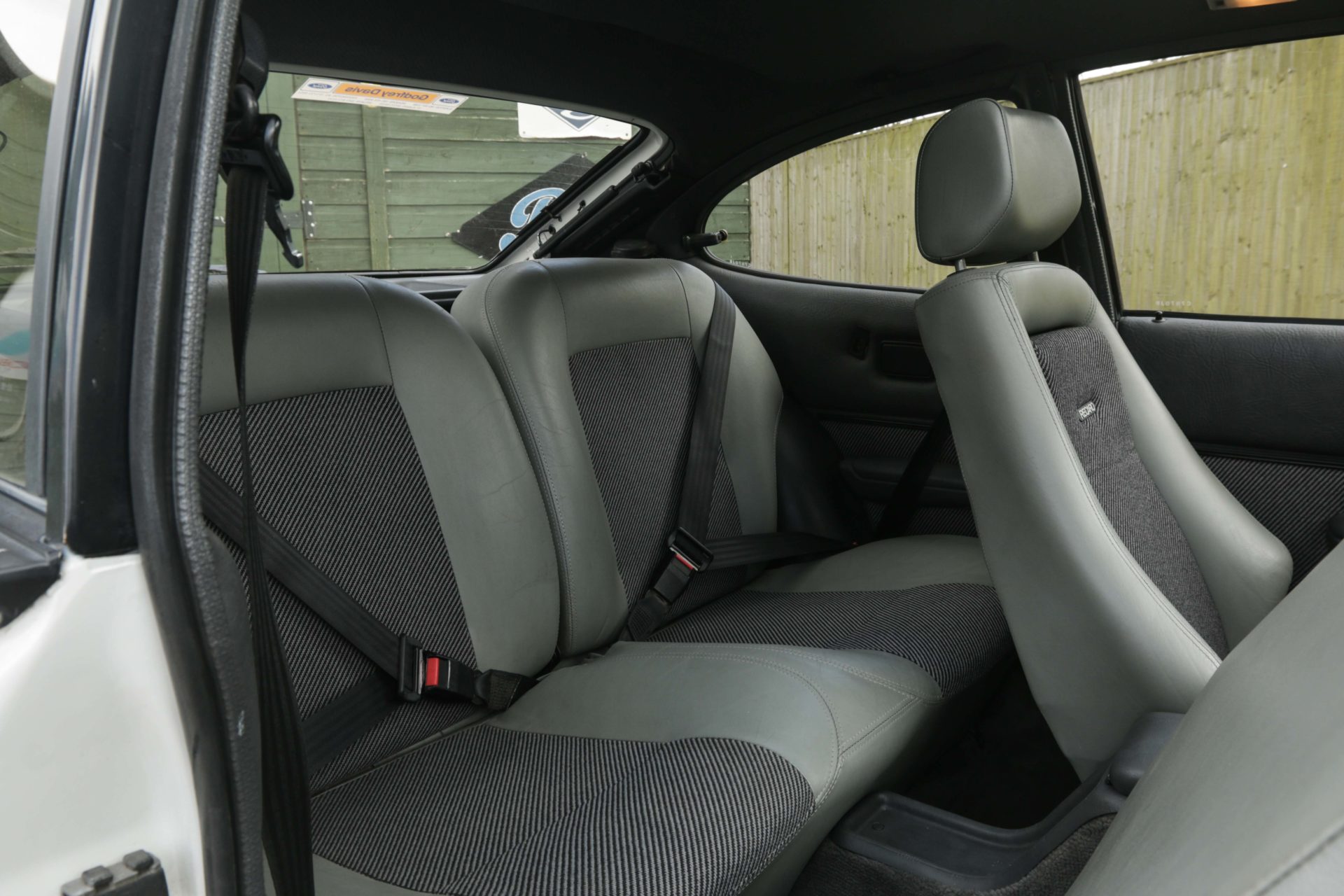 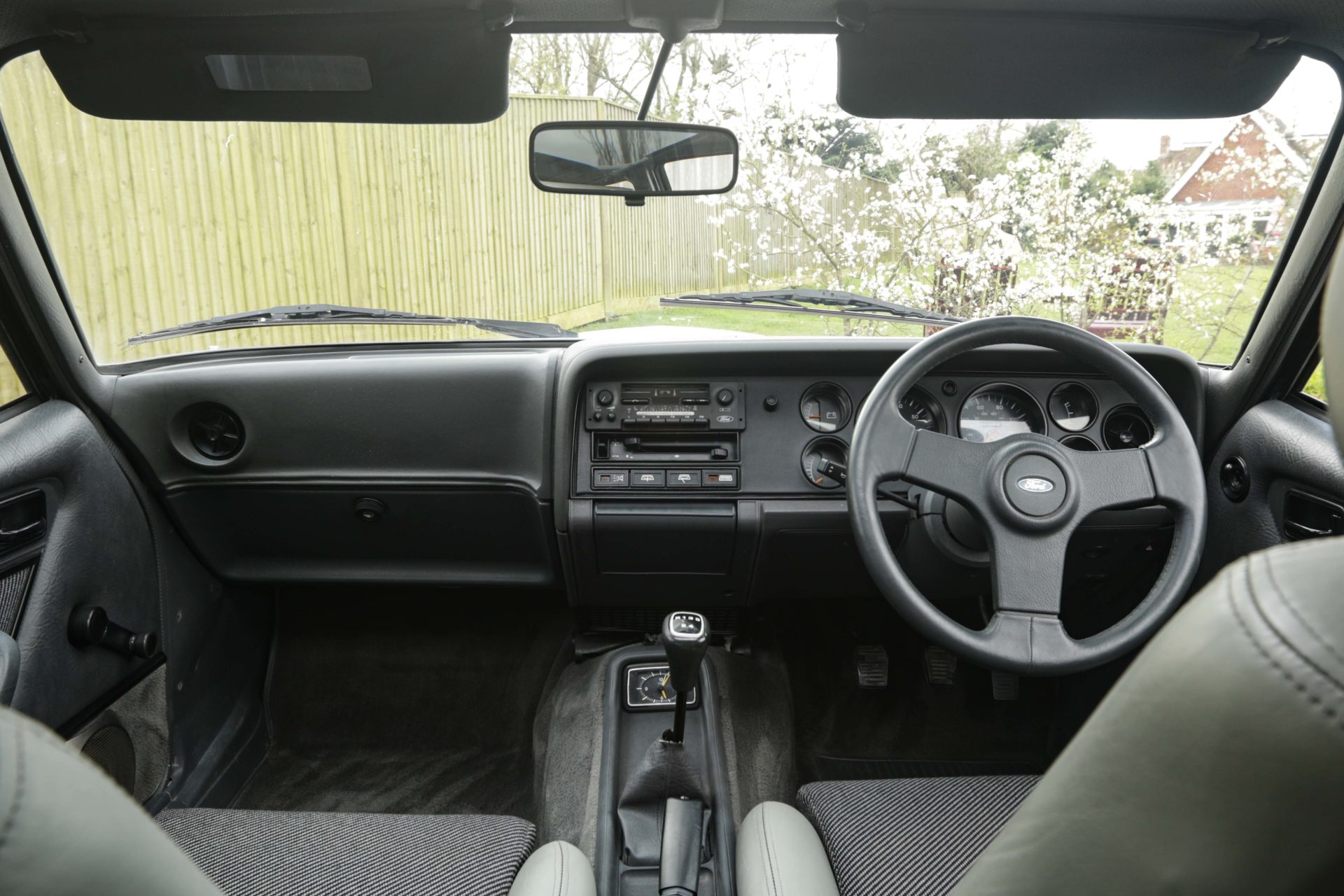 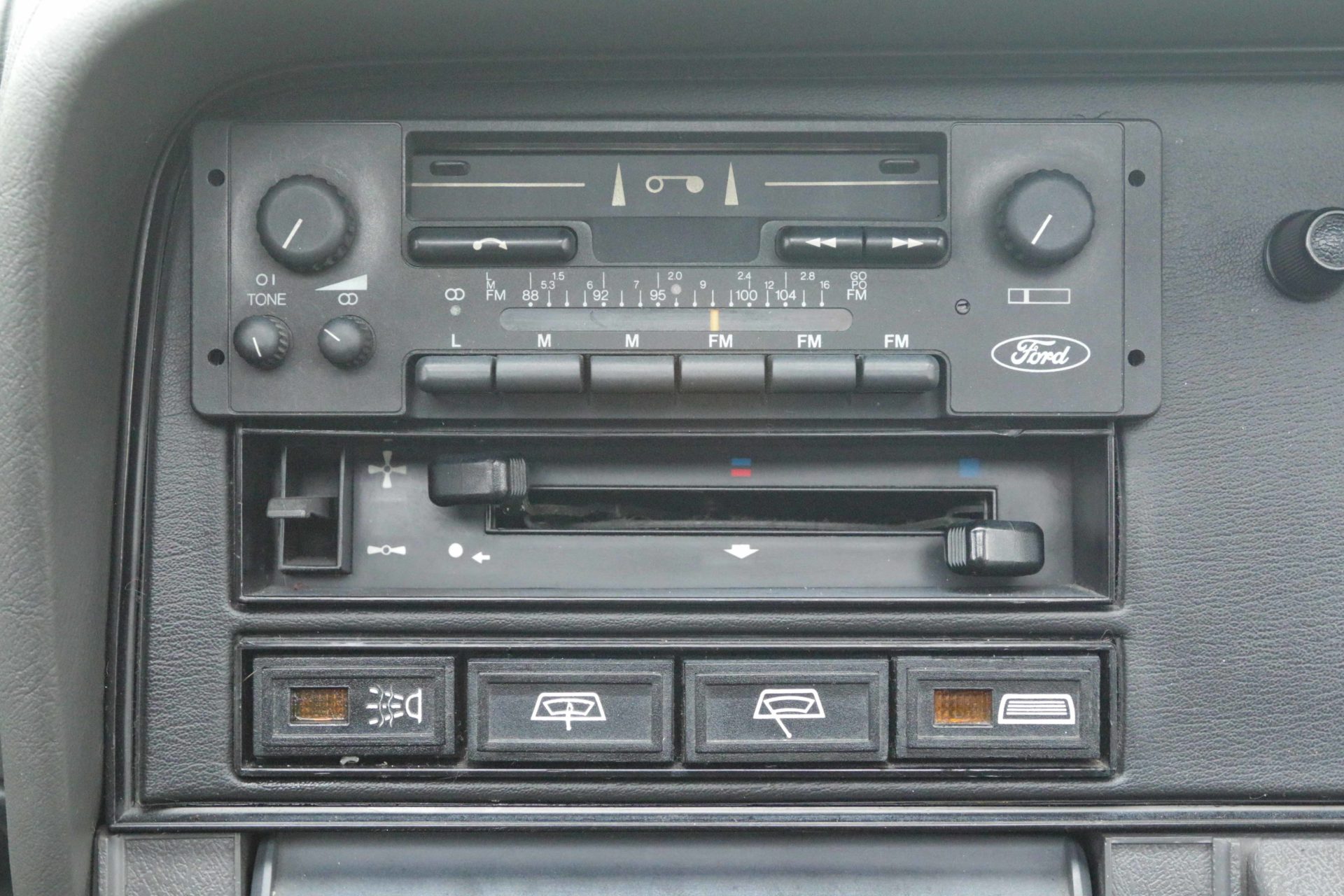 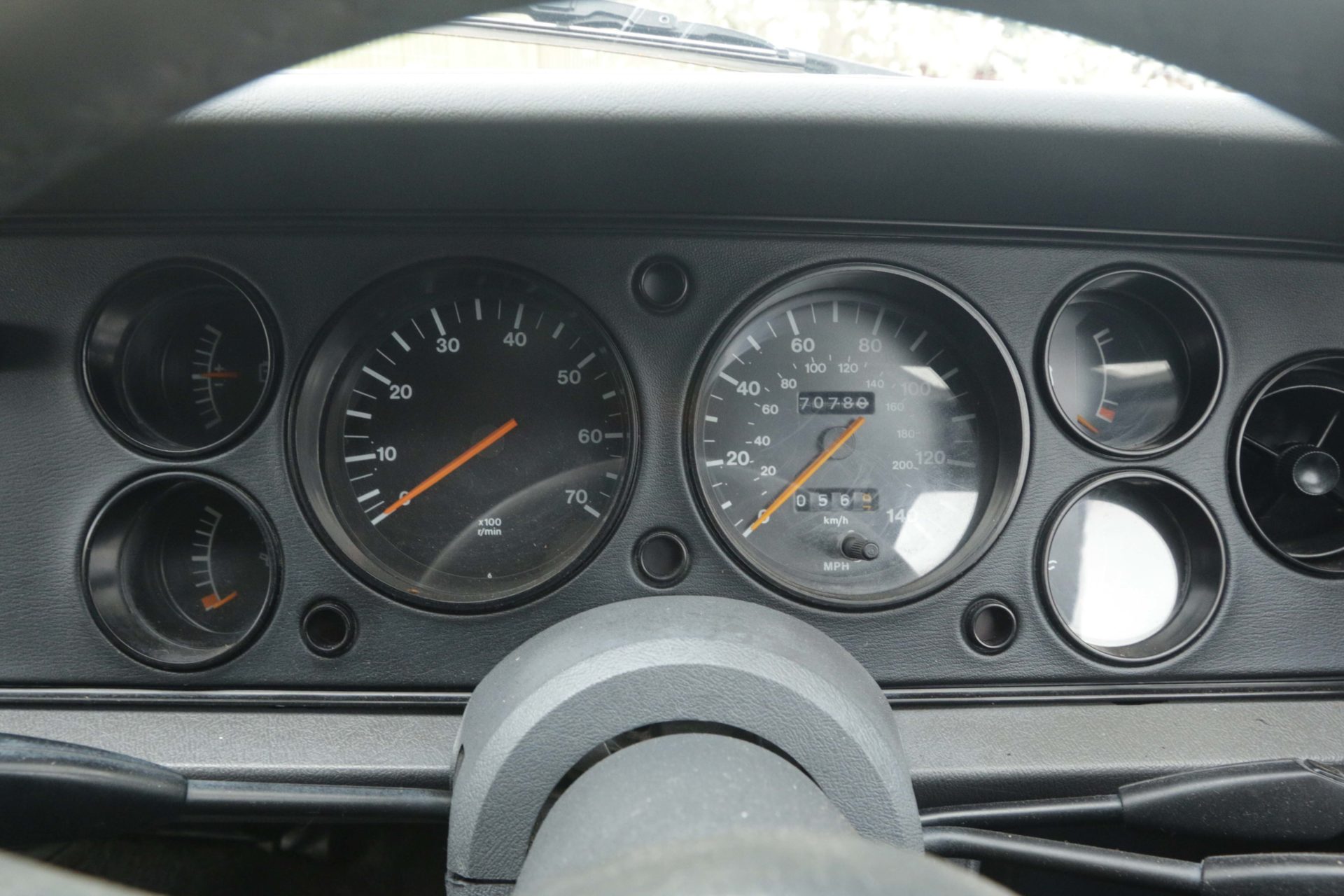 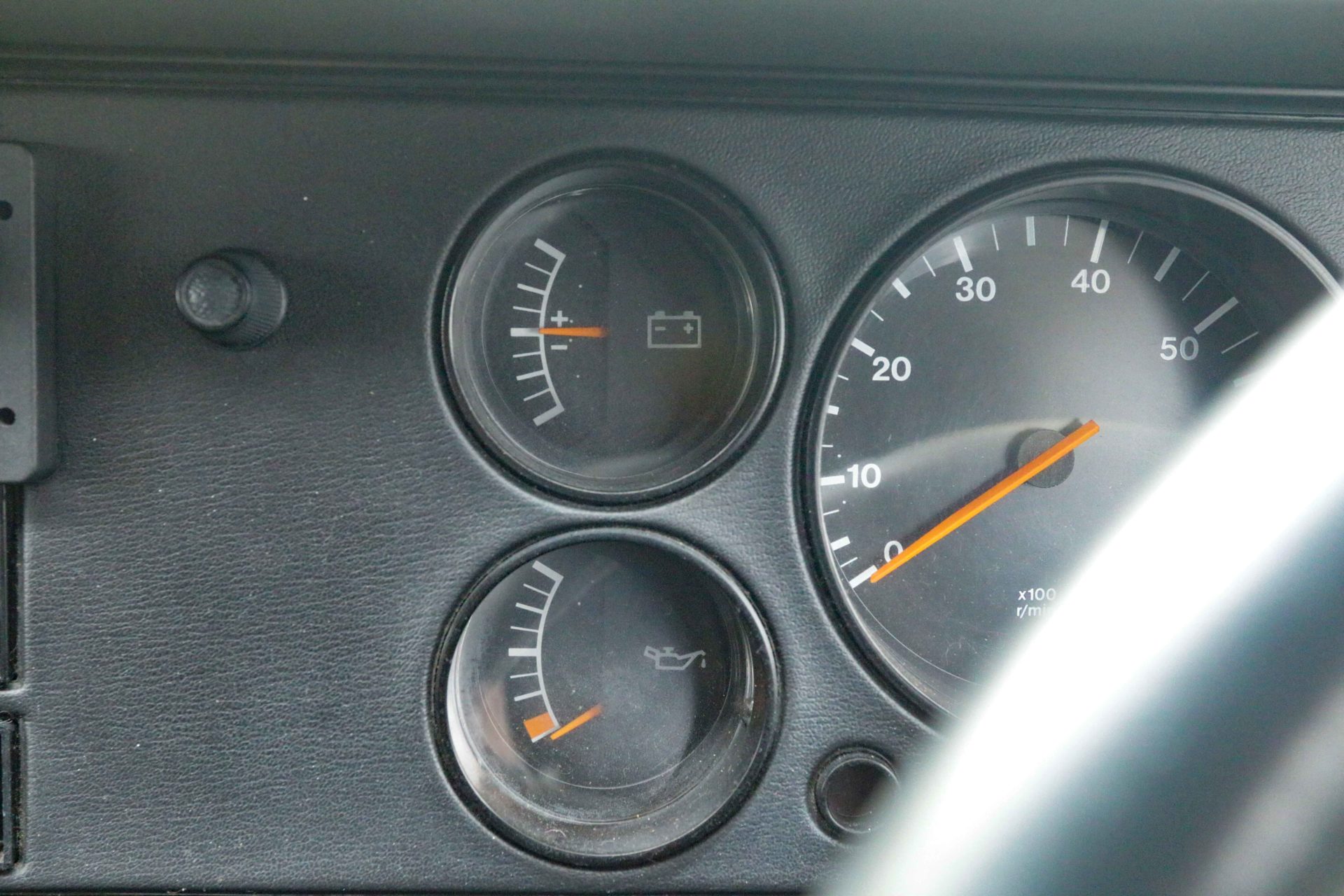 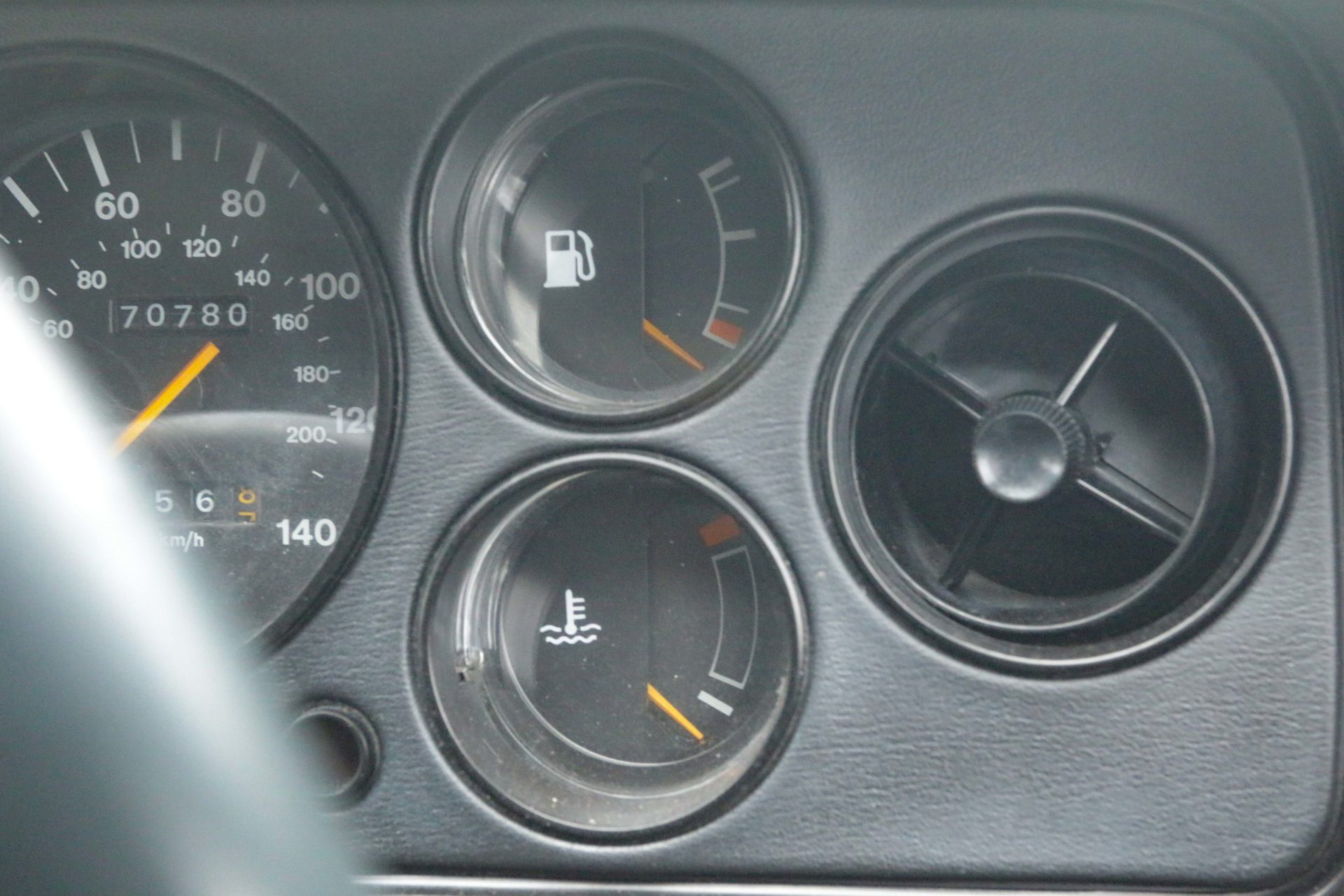 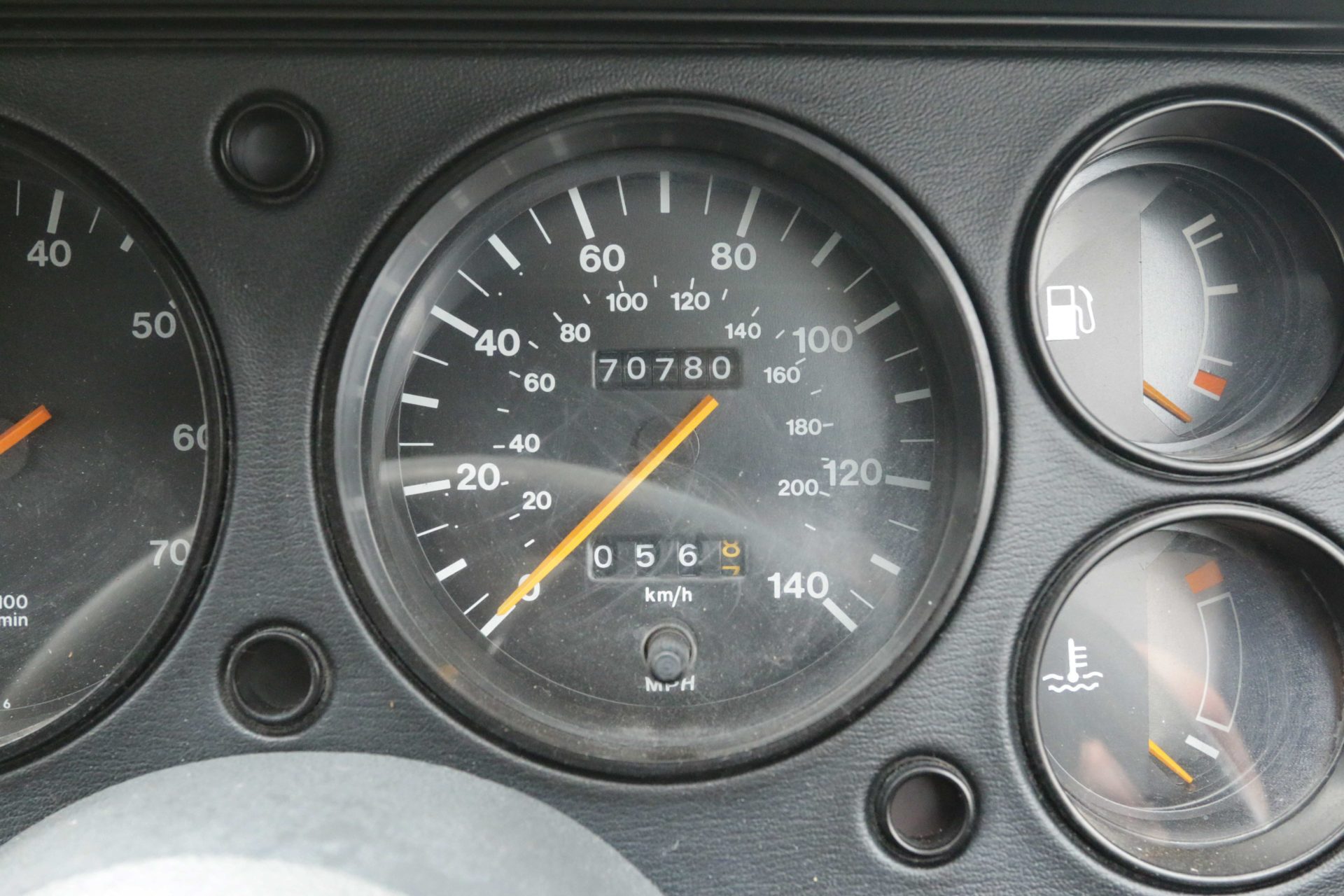 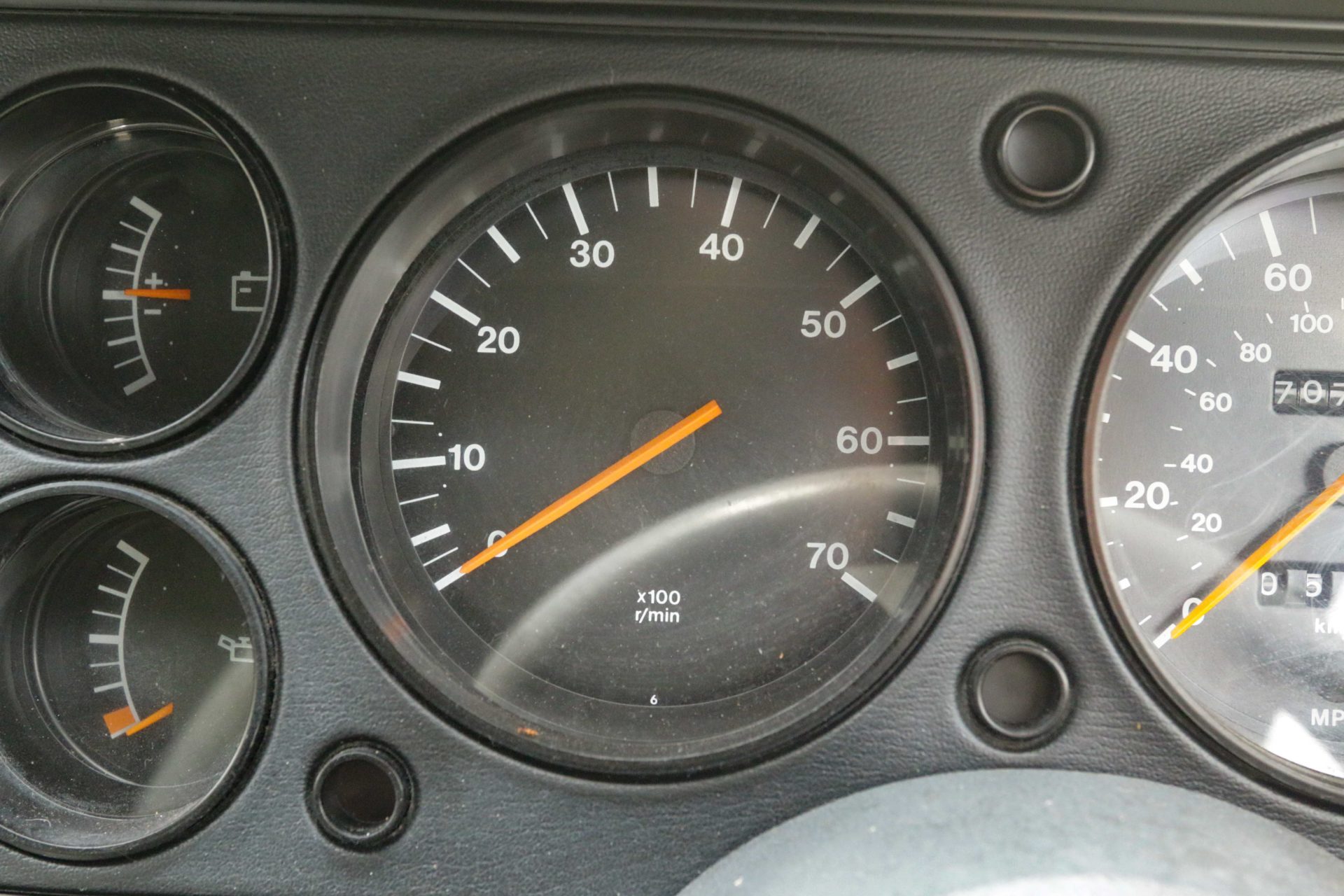 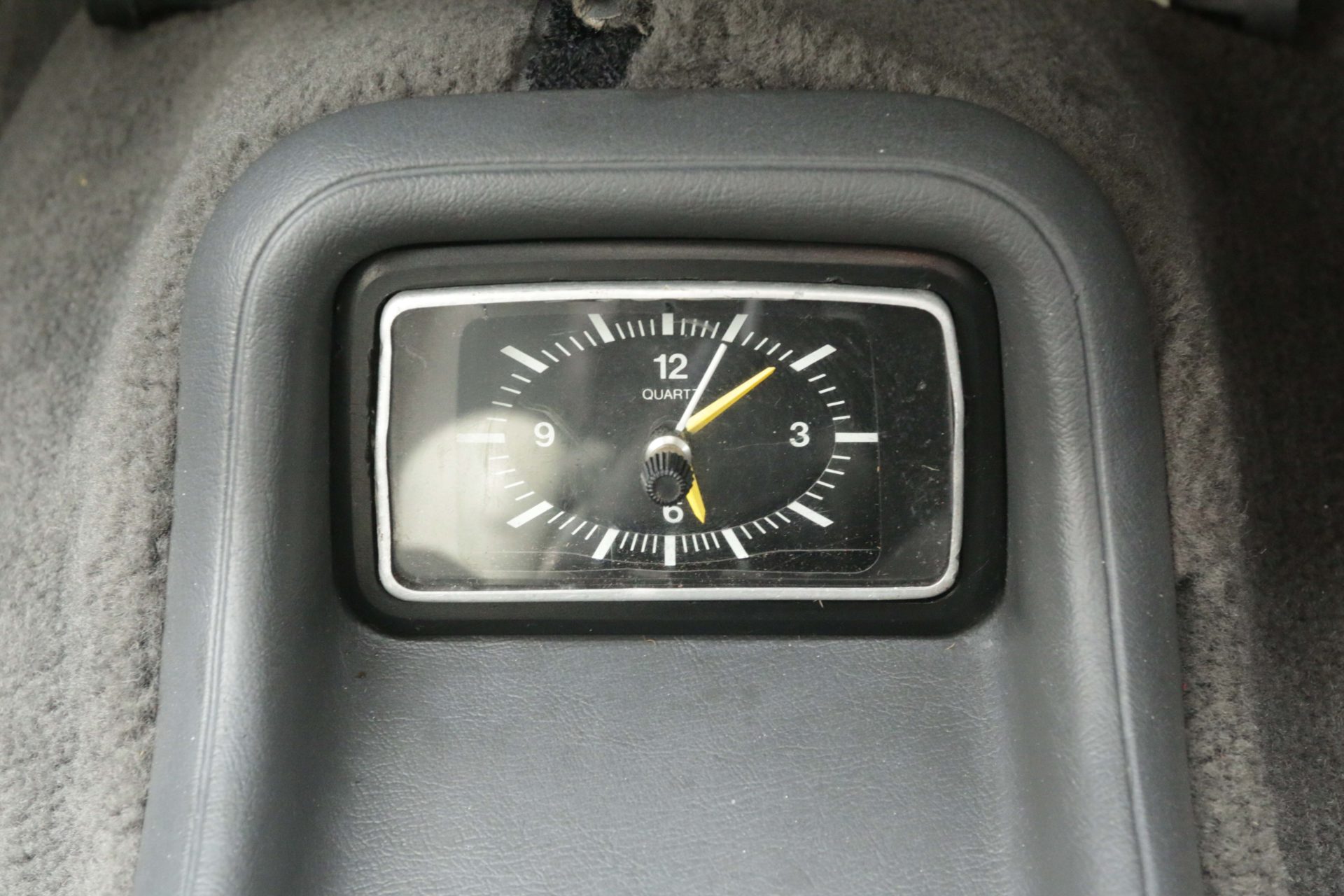 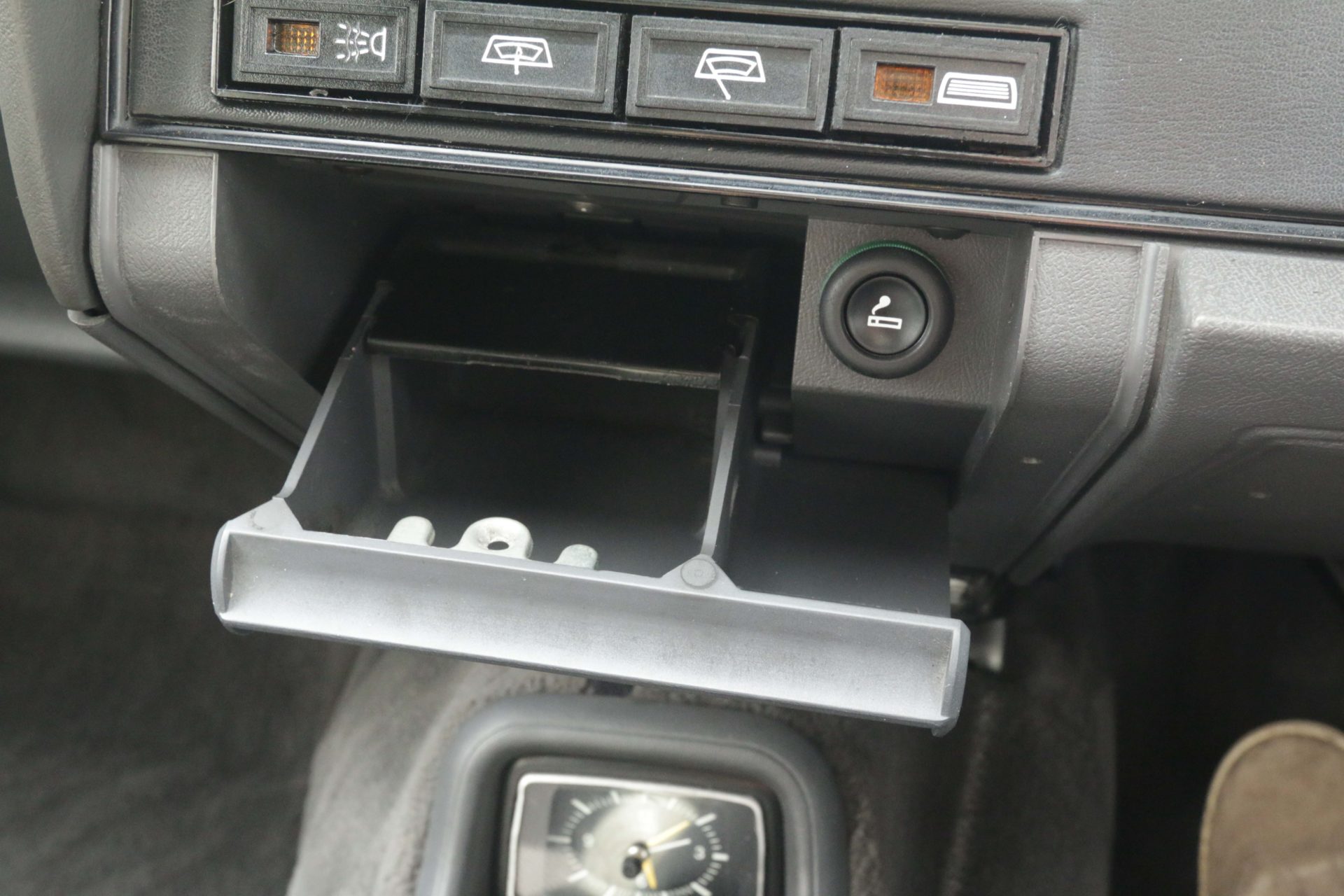 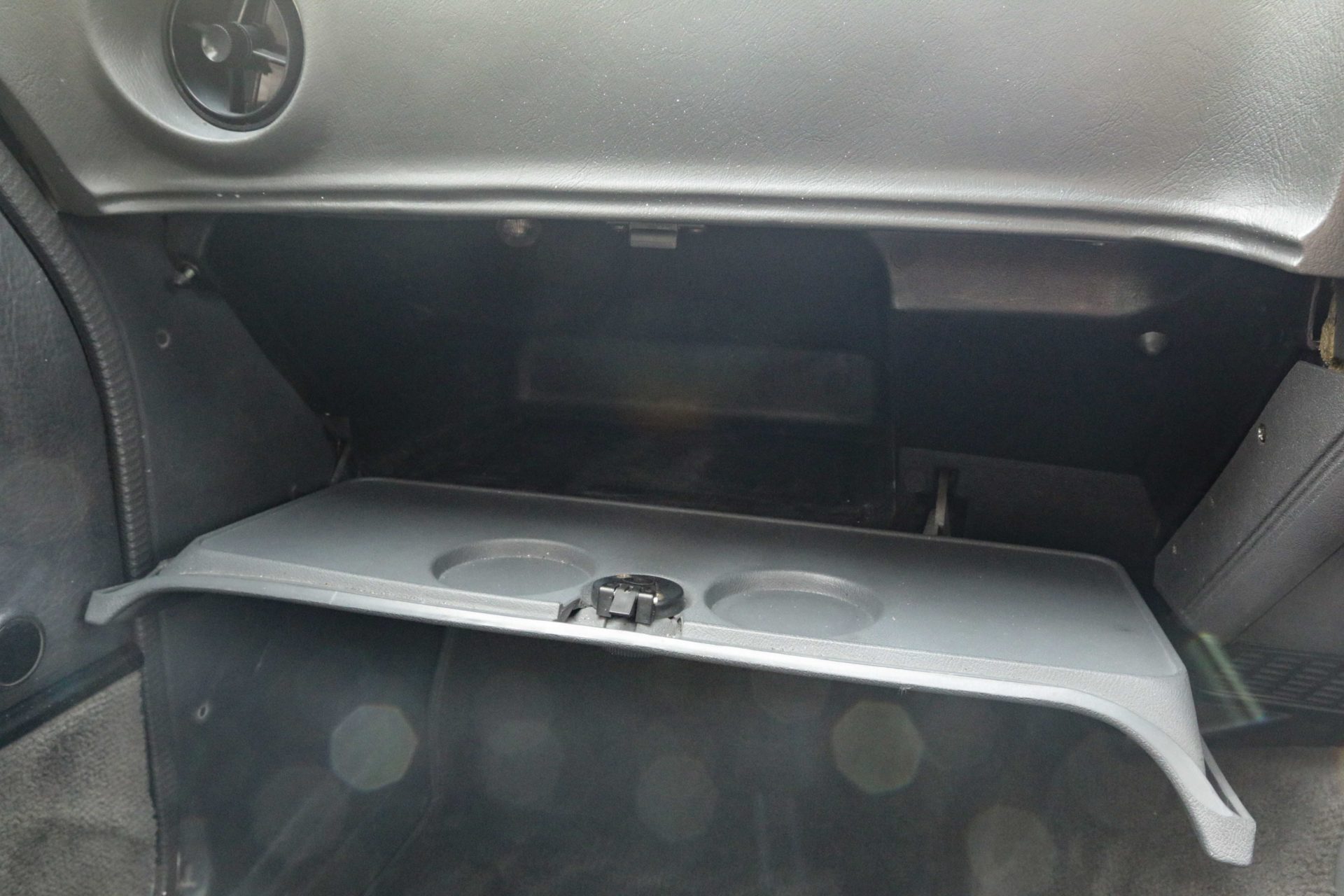 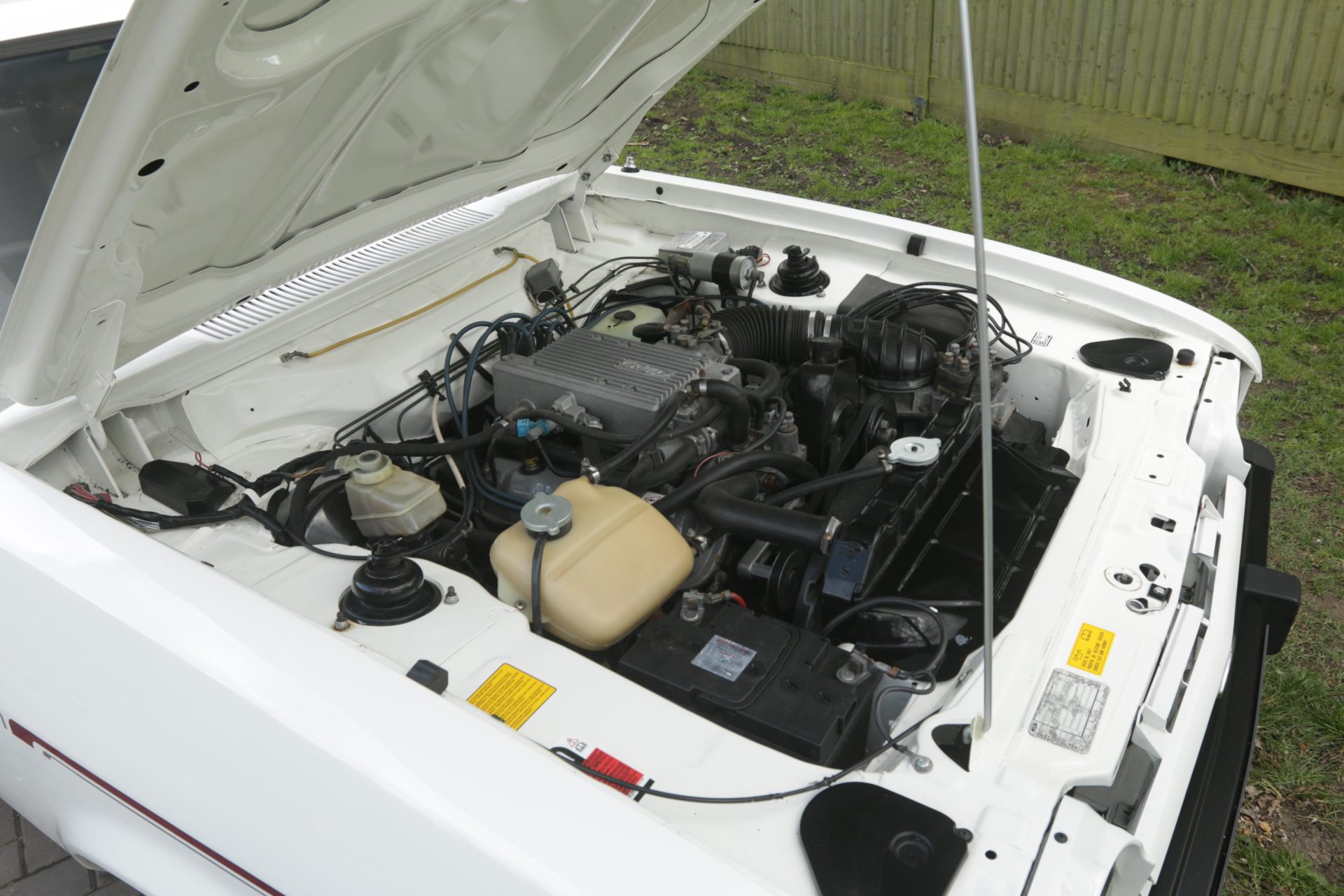 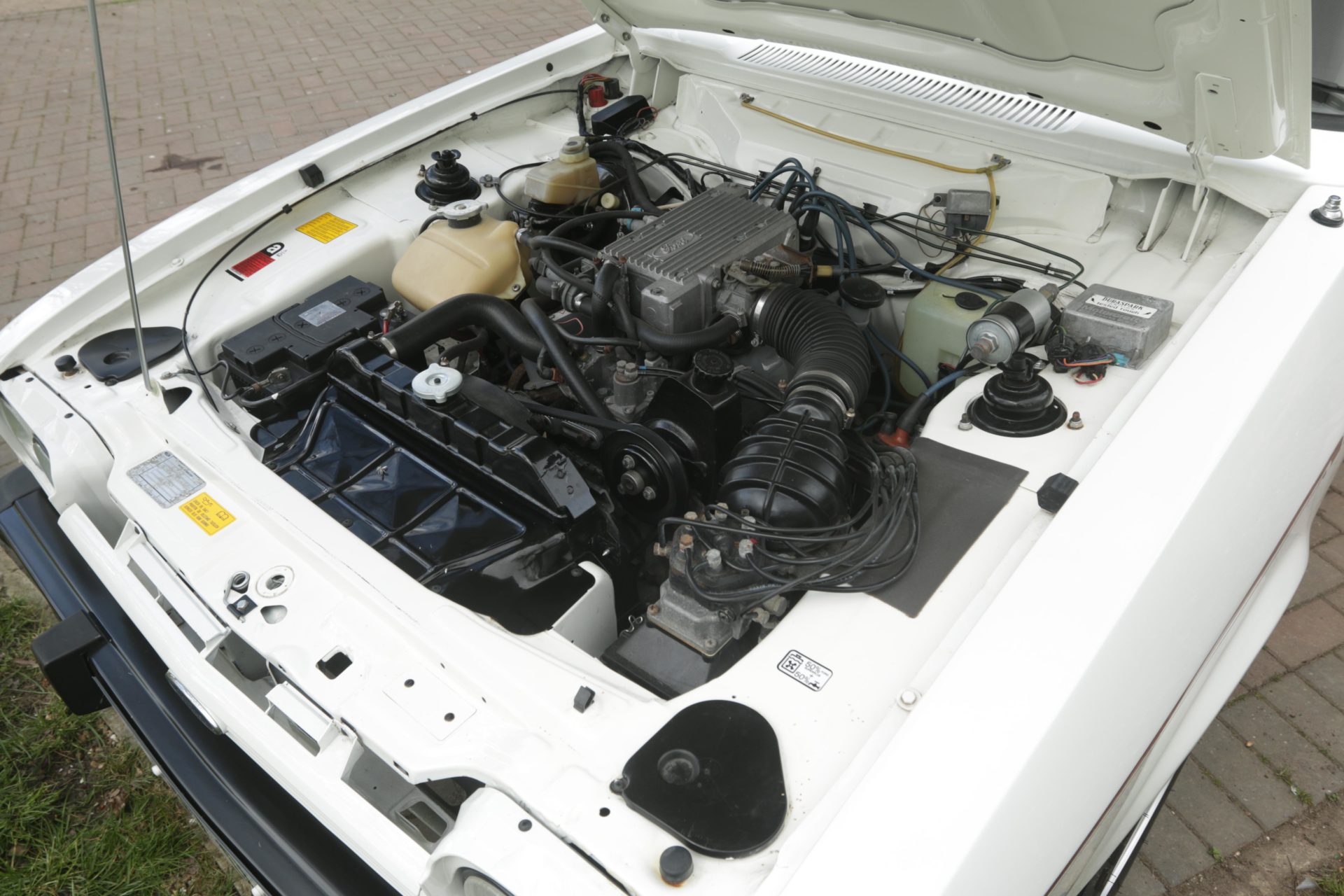 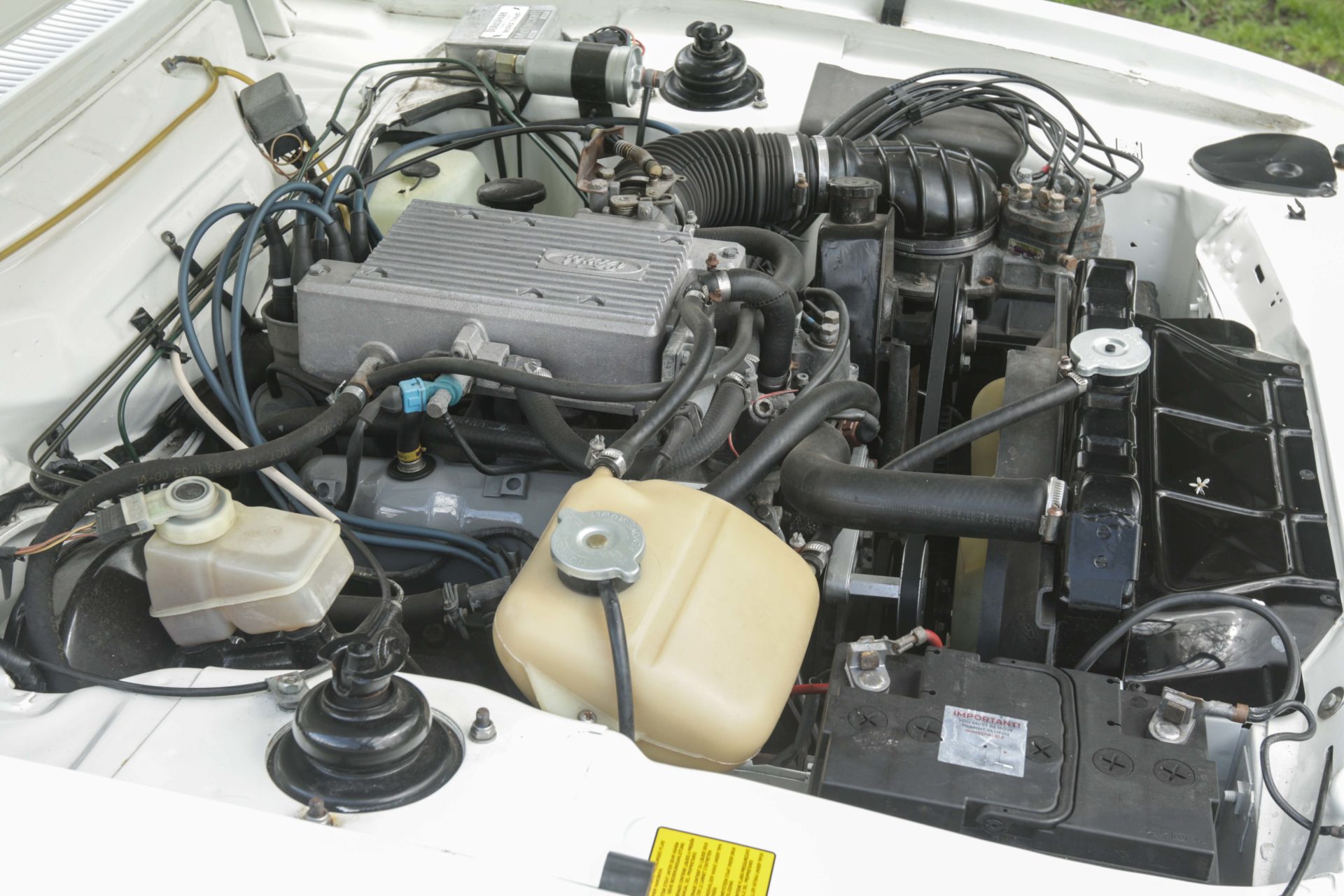 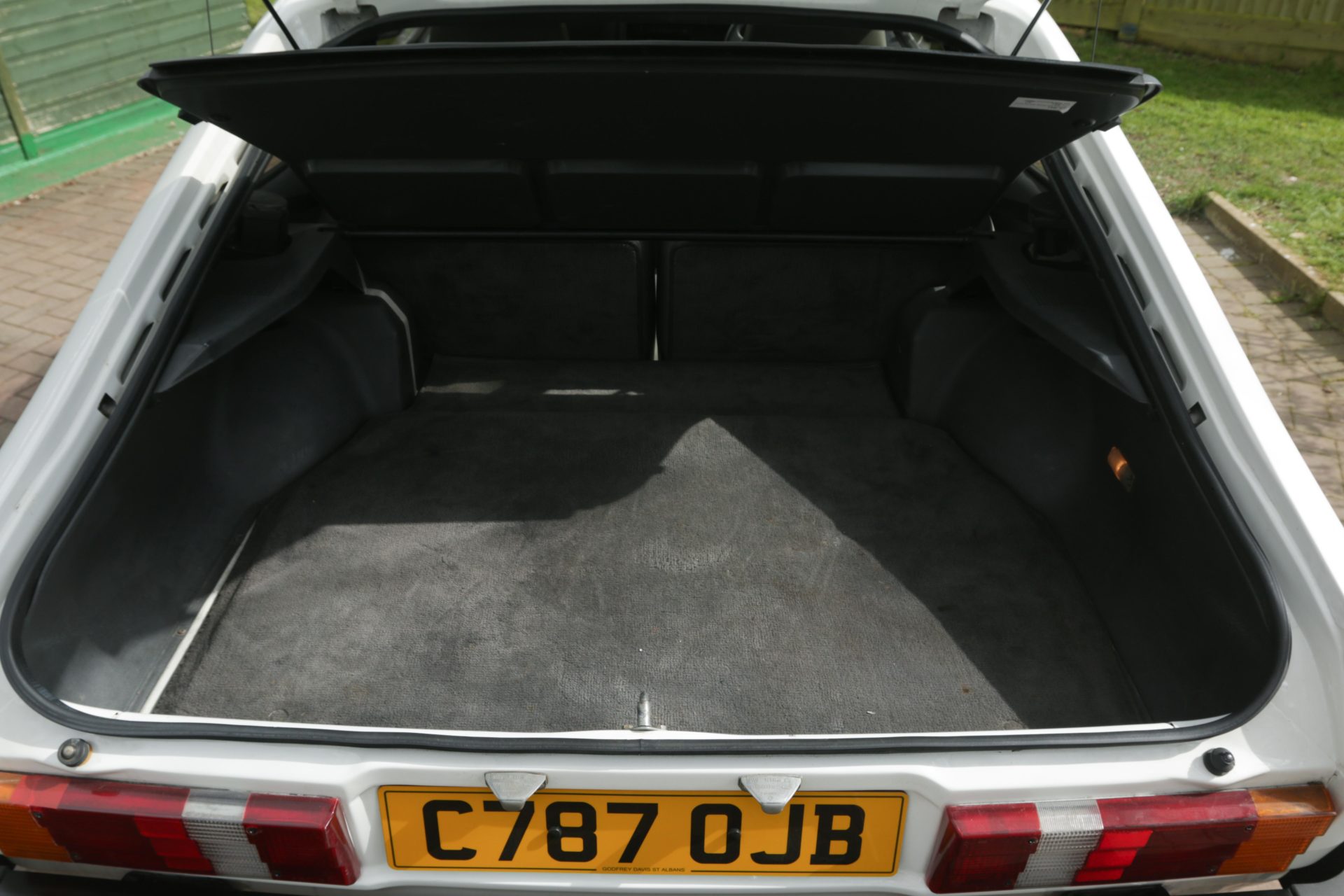 One of the last of the very successful Ford Capri range, this 2.8 injection model produces 150 bhp from it`s 2.8l V6 injected engine and is mated to a 5 speed gearbox which replaced the 4 speed early on in the final production run. Finished in rare brilliant white this lovely example has the desirable Recaro seats and plush interior.

C787 OJB has had a mere 4 owners from new with the third custodian owning the car from 2 years old (June 1988) until 2017 some 29 years. The last and 4th owner bought the car when he died with the only downside being that the history file was not passed on. However from the odometer the car is believed to have covered only 70,000 miles as the Mot`s on the DVLA  database show that  just over 5000 miles has been covered in 16 years.

The car has had an expensive respray in recent years which is shown in the photographs but again no invoices .Close inspection will support this.

A lovely example of what is becoming a fast appreciating asset and very much able to hold it`s own in modern traffic…it`s hard to believe it is 35 years old.

Cassettes are included for the stereo system!