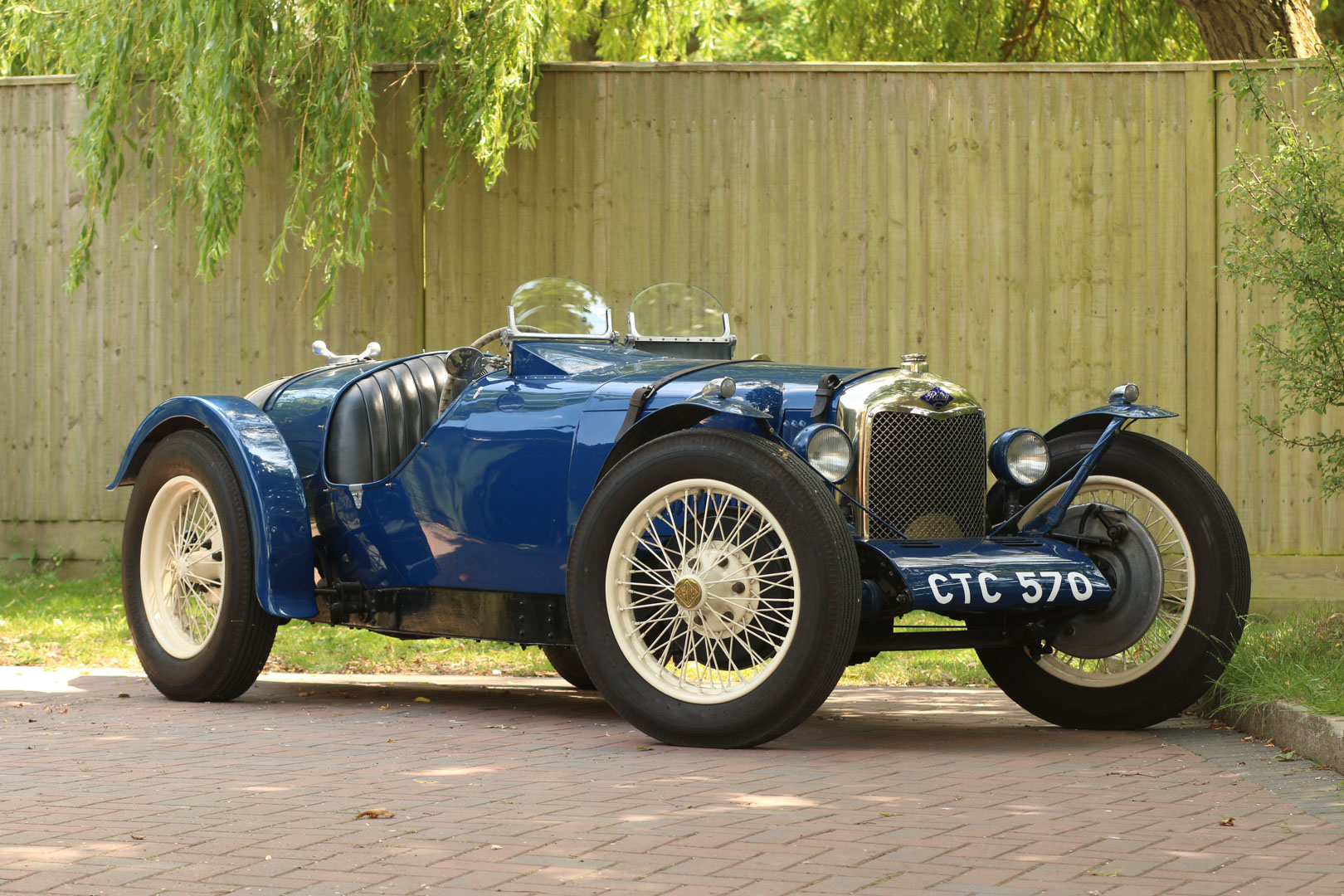 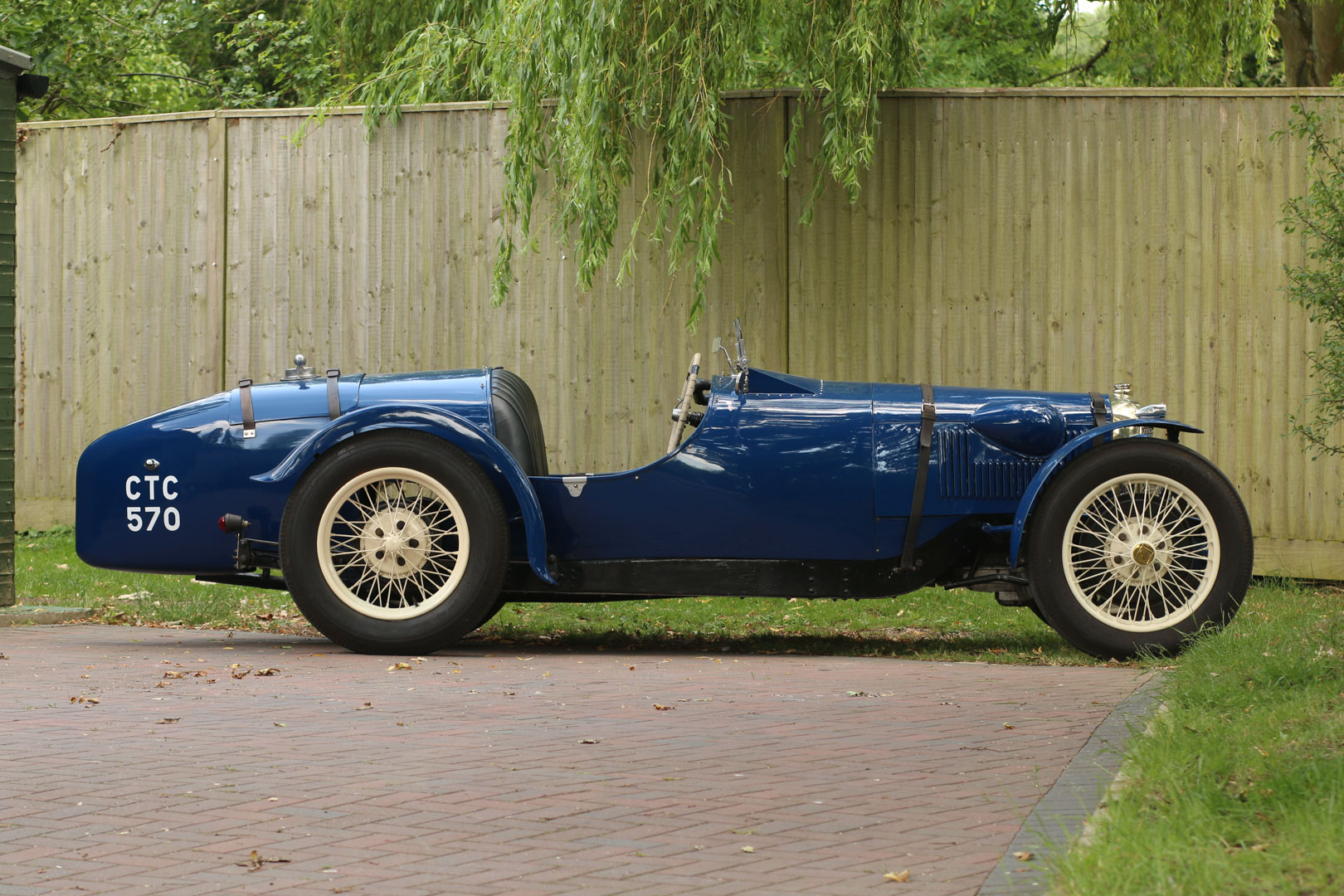 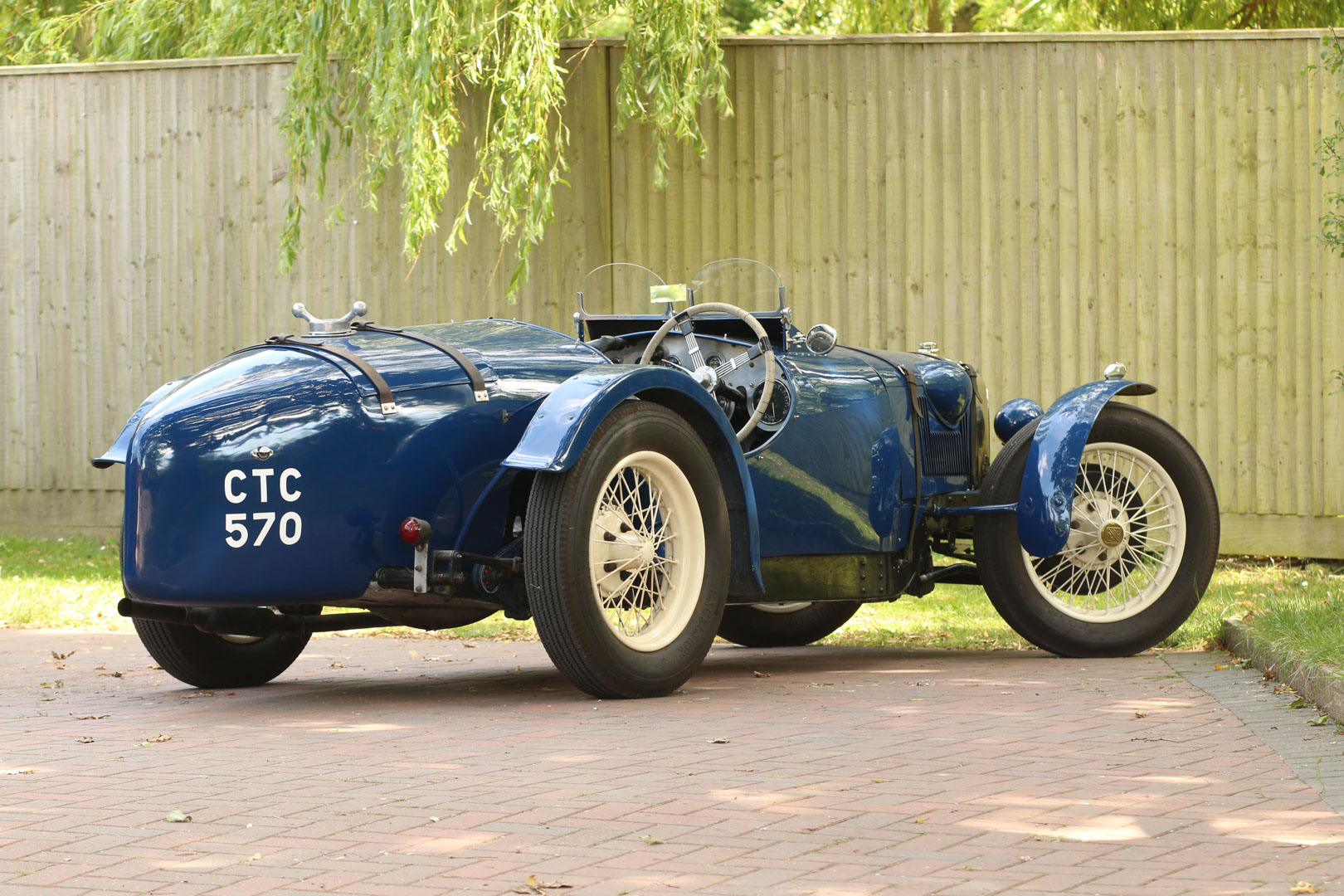 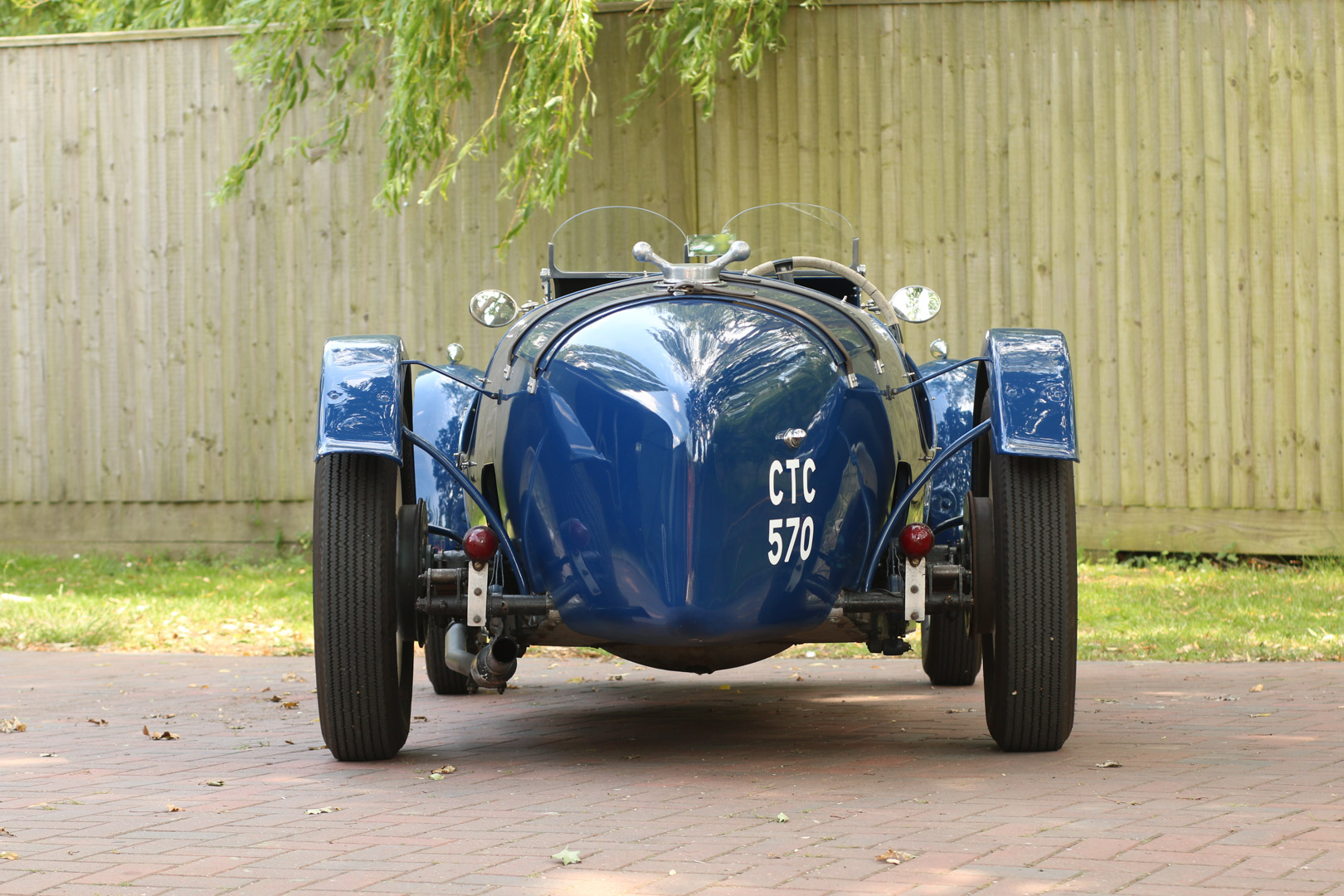 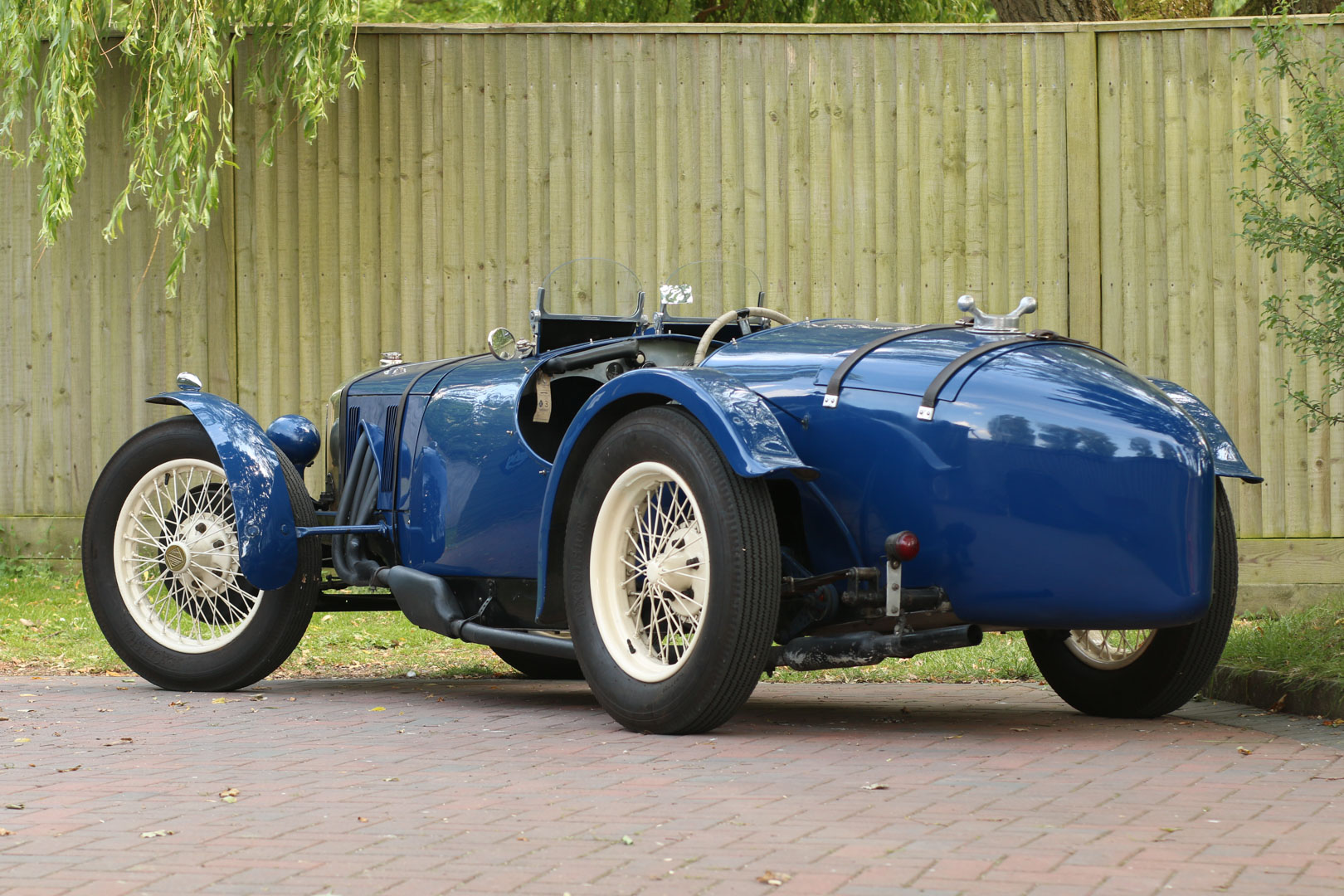 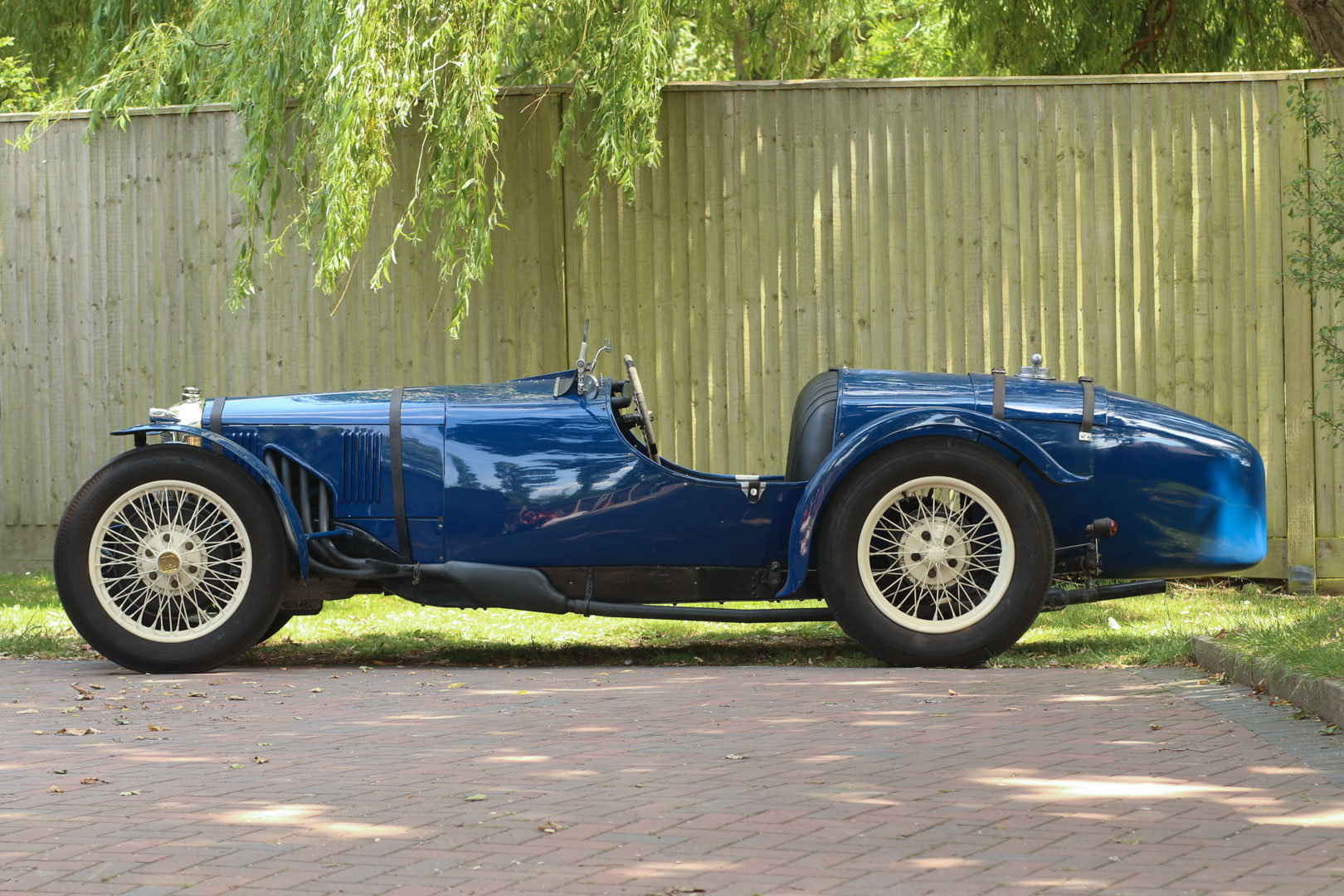 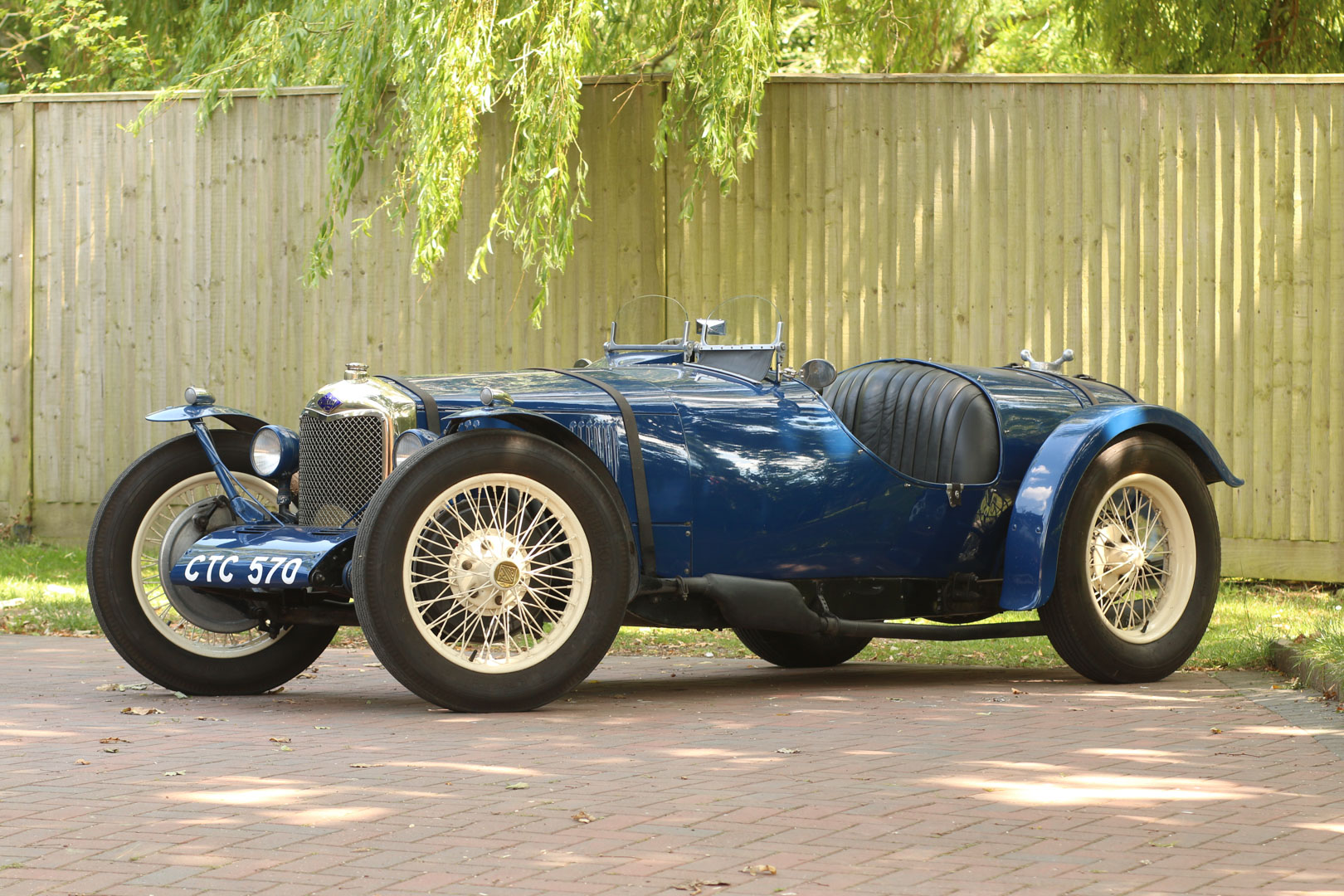 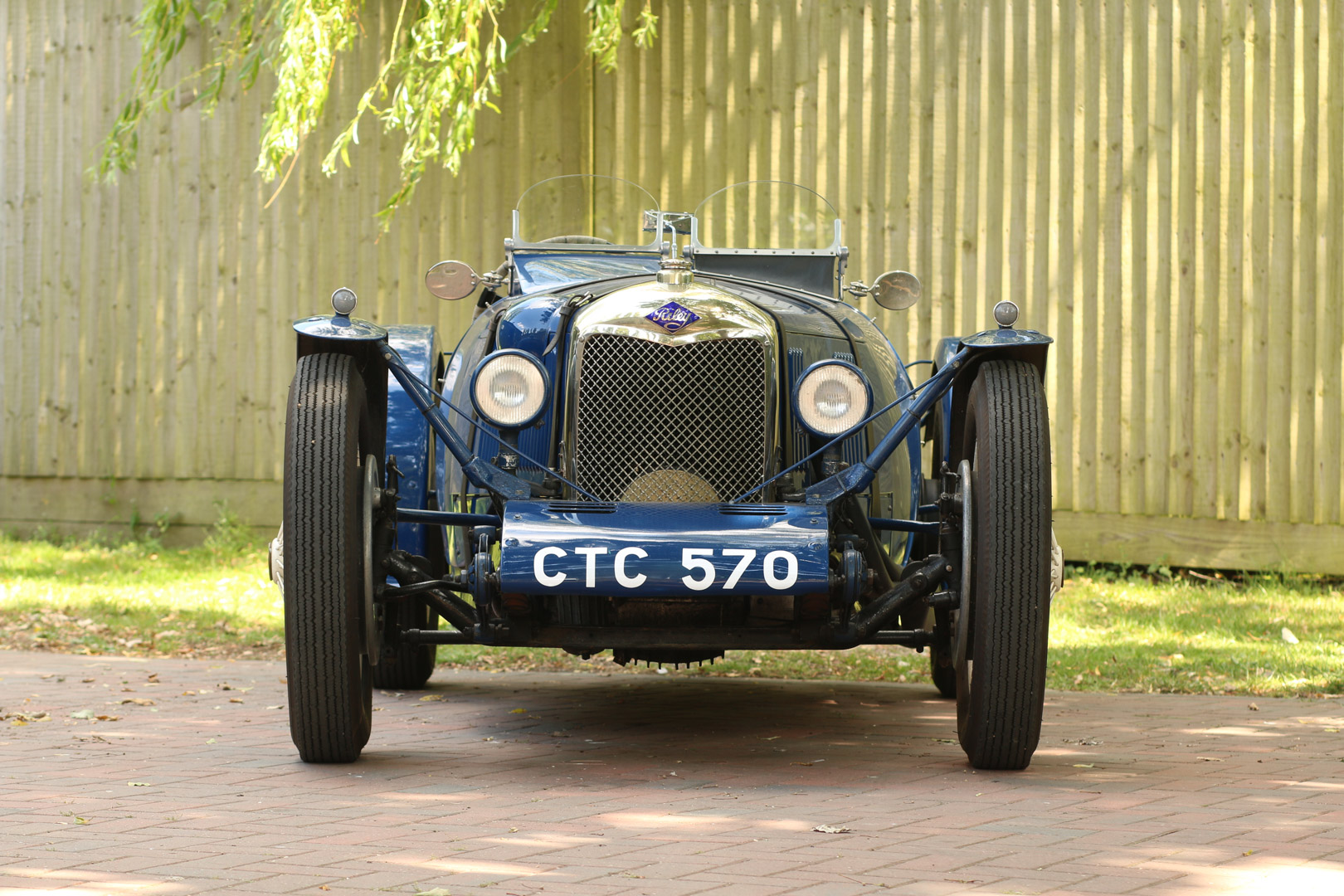 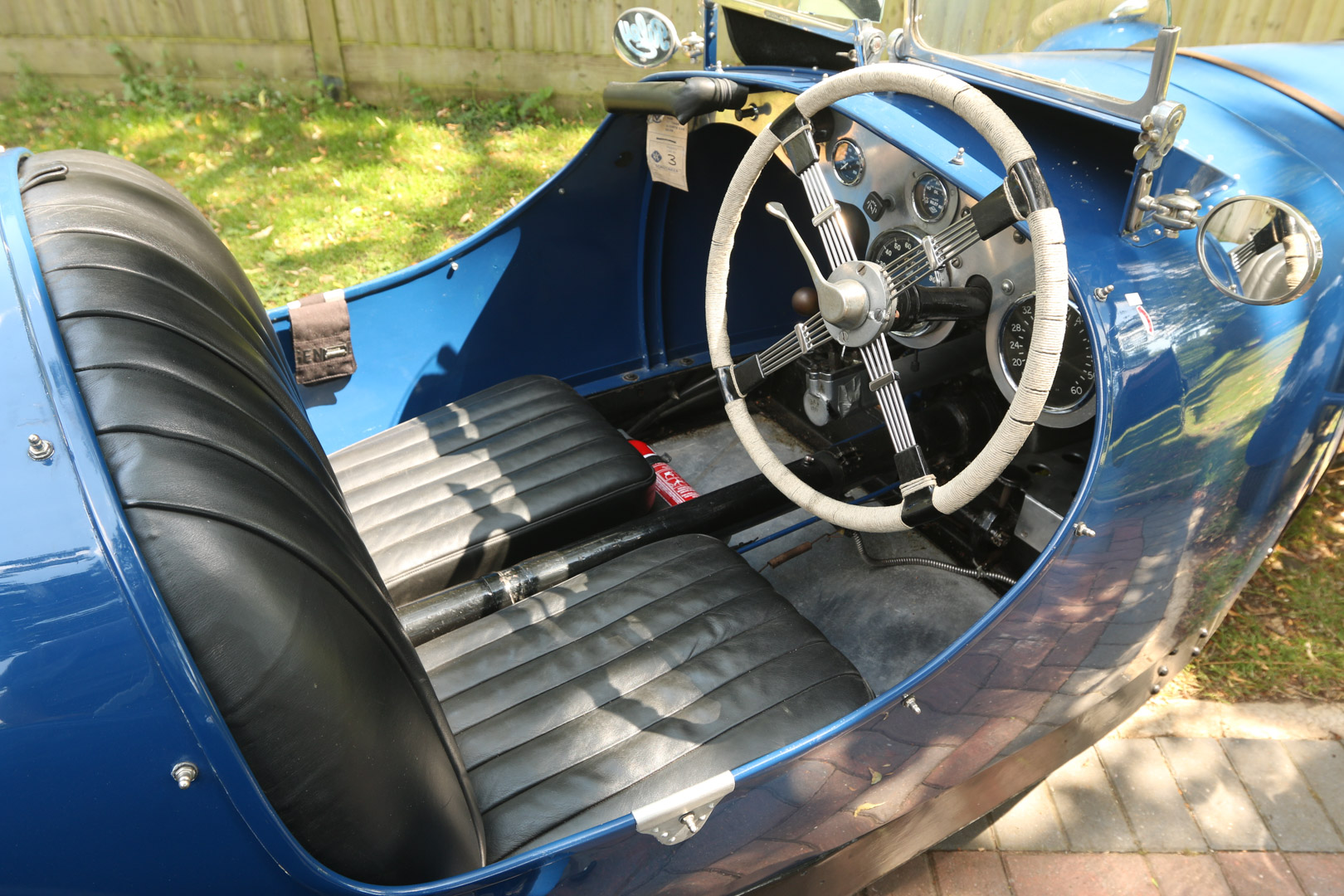 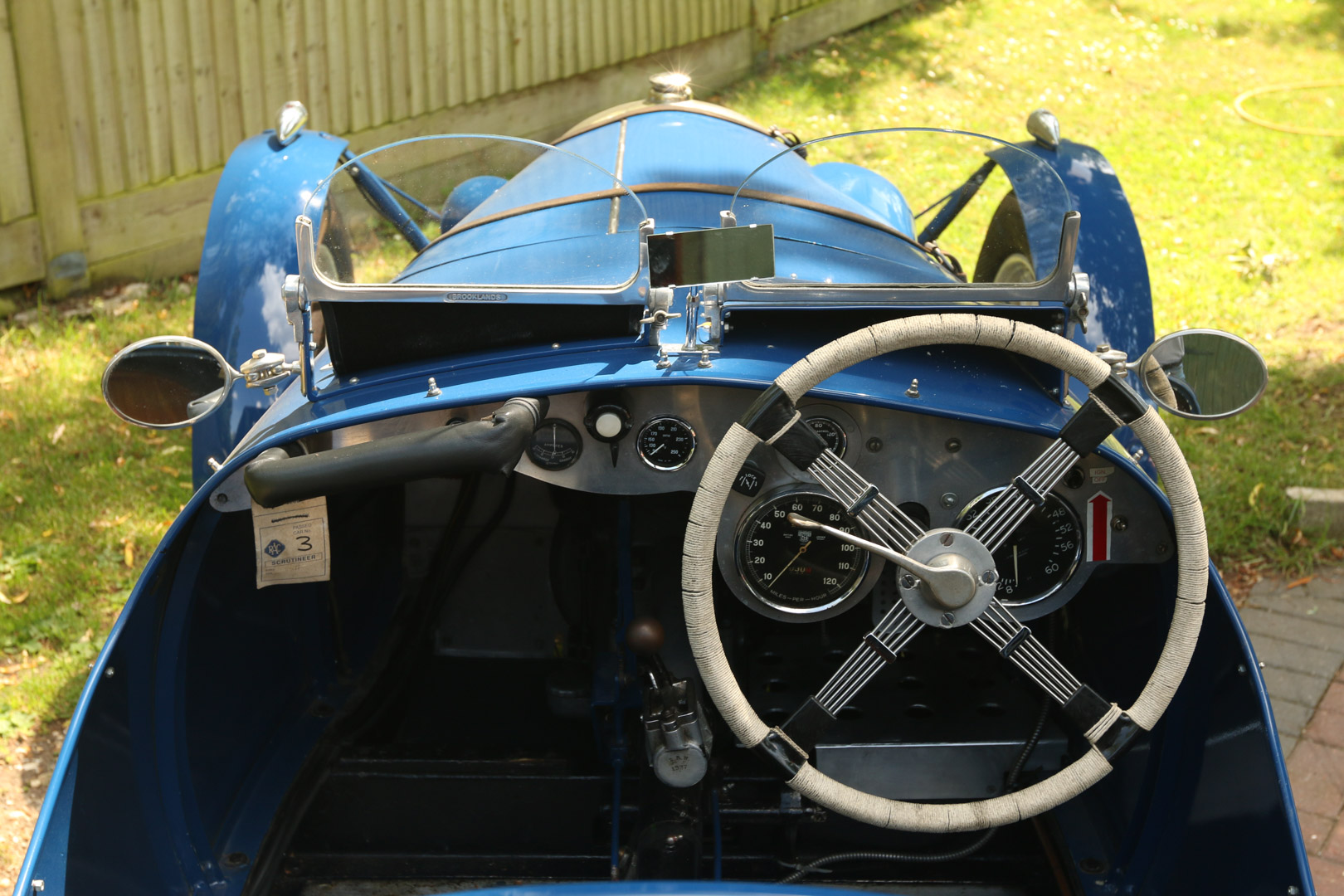 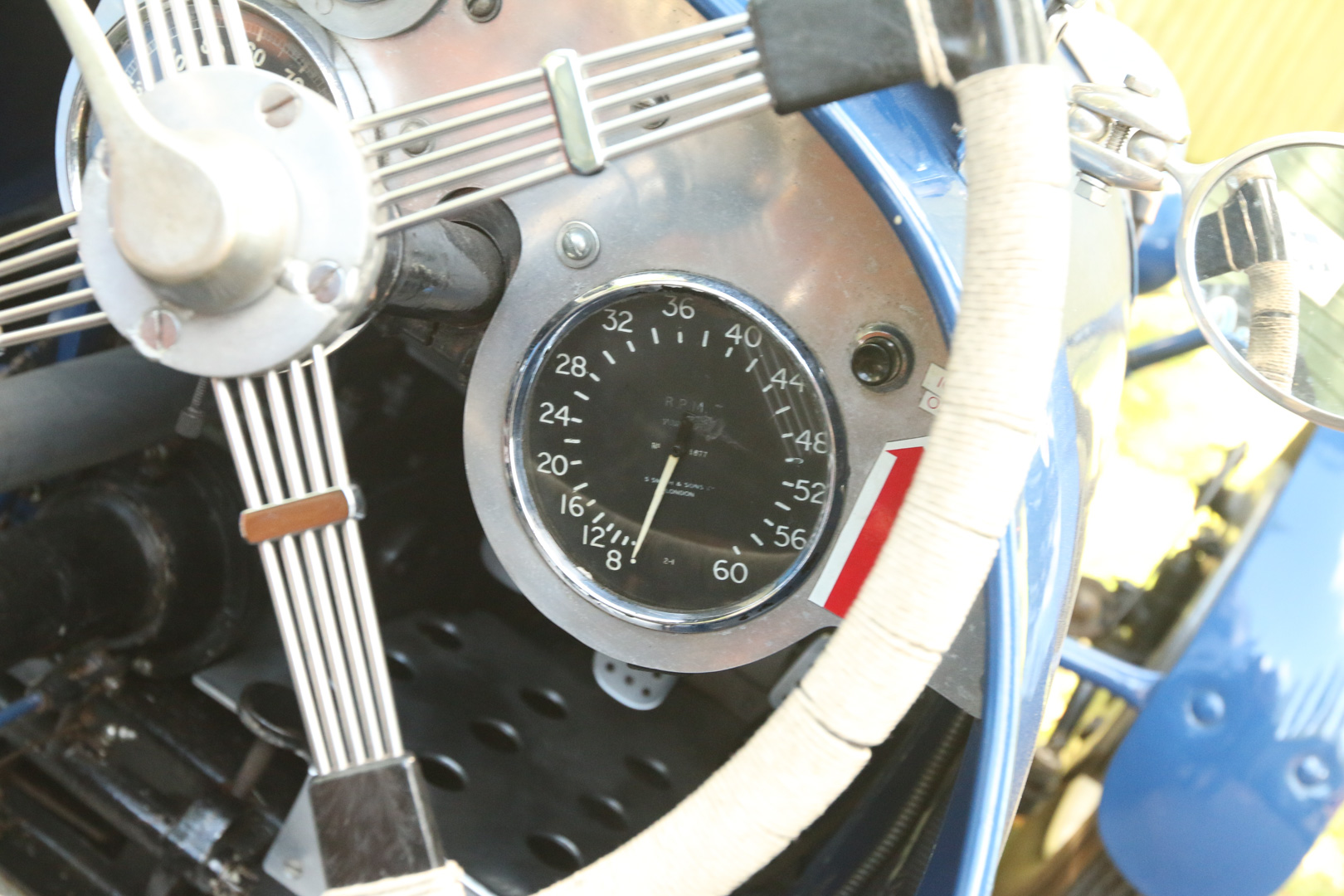 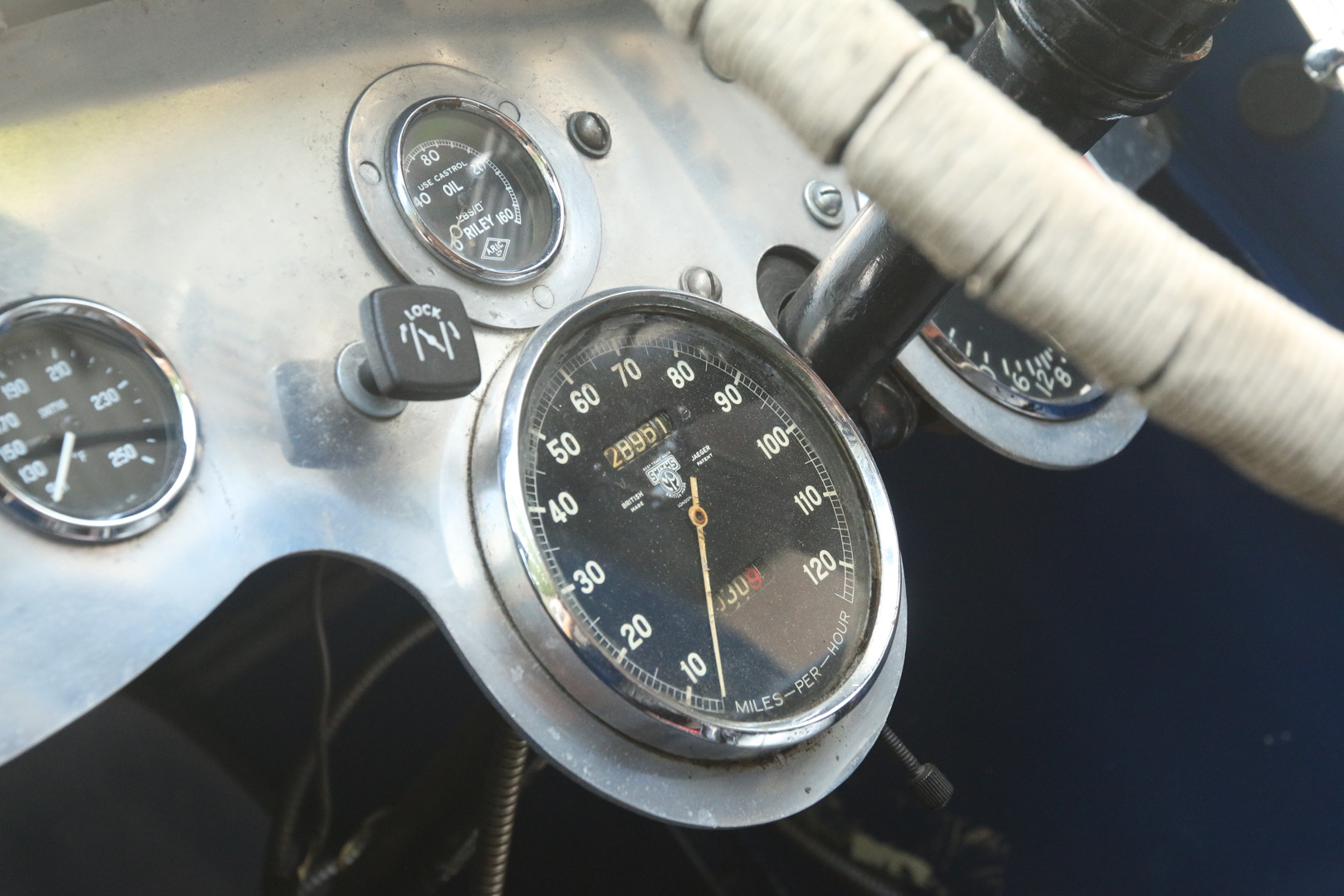 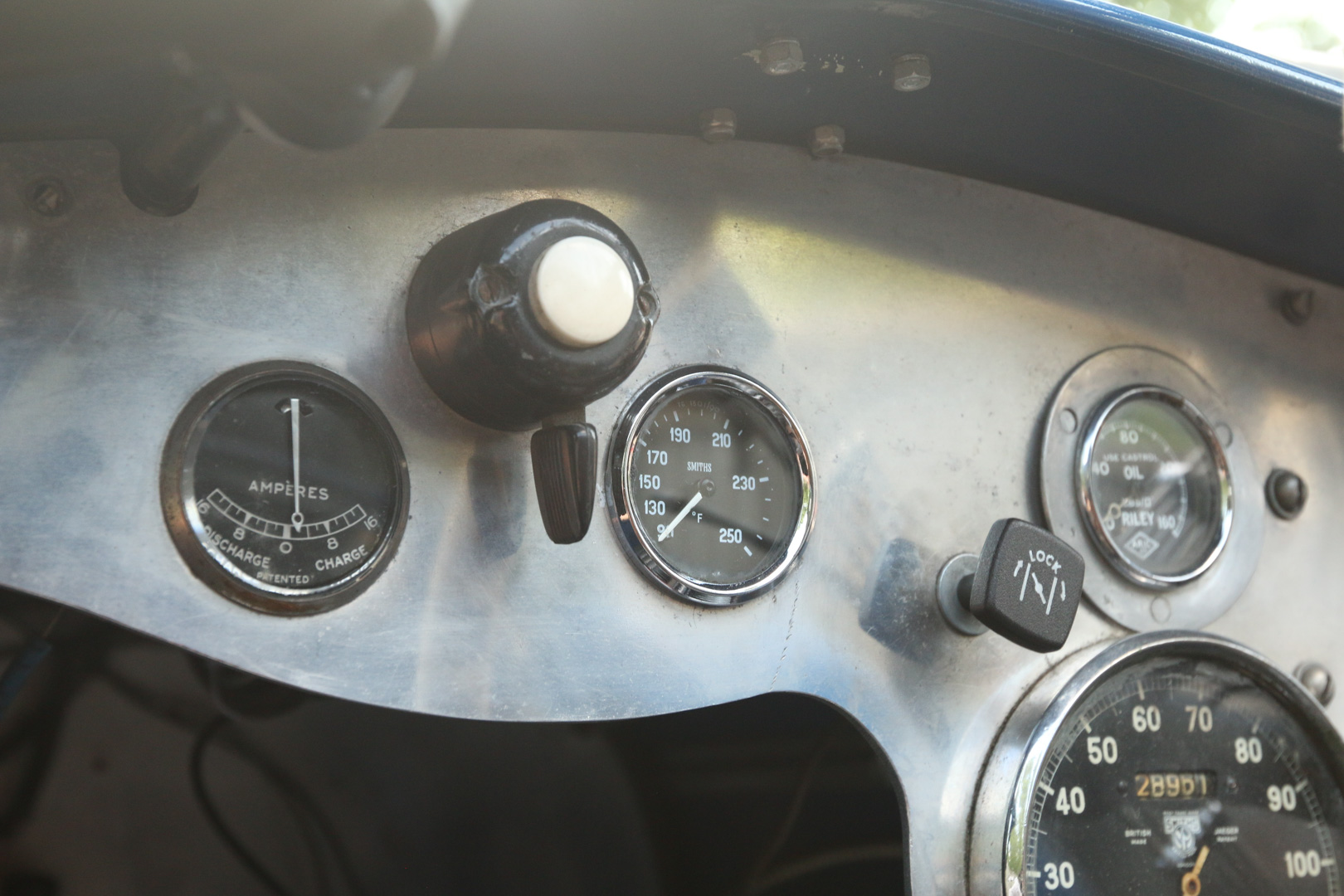 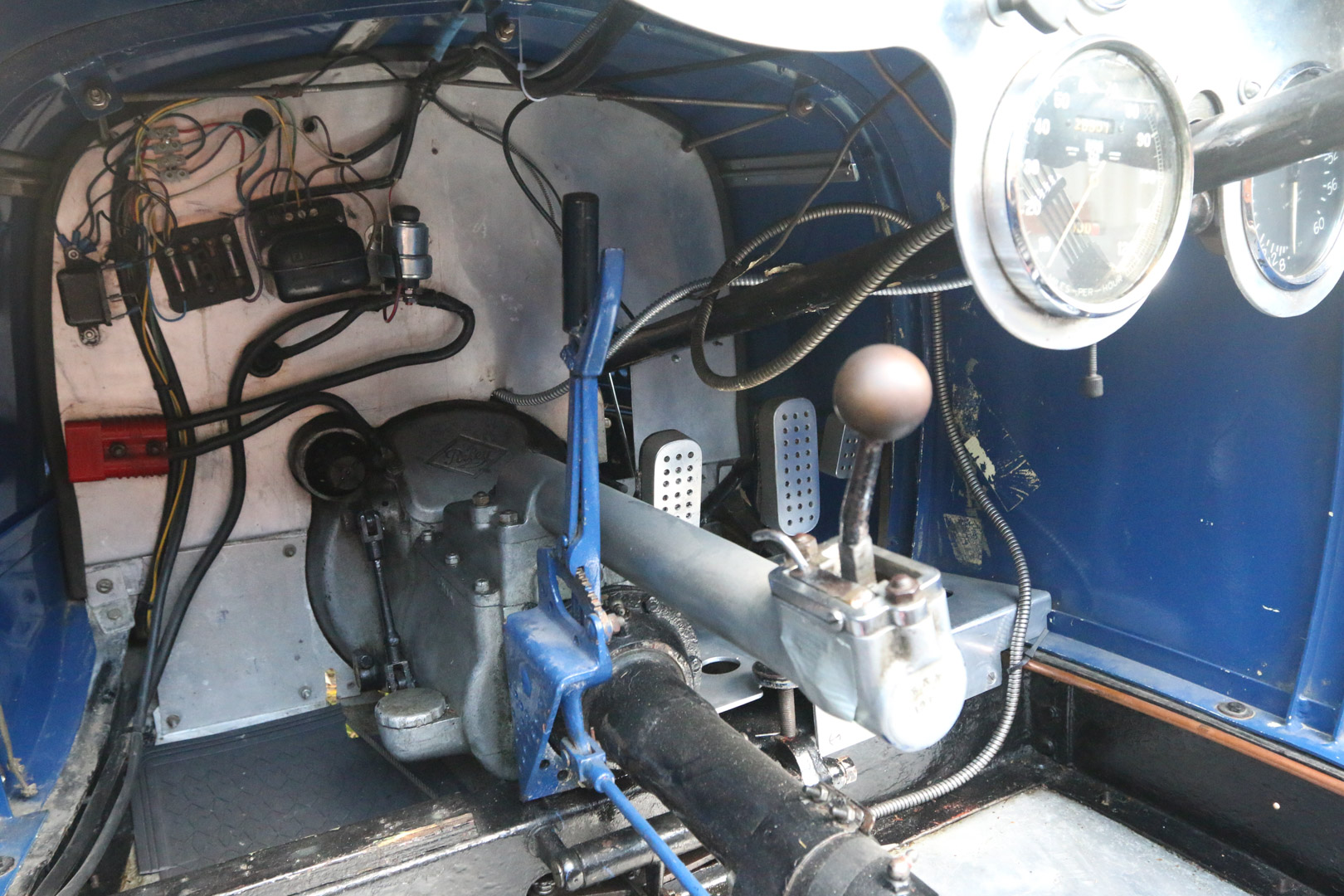 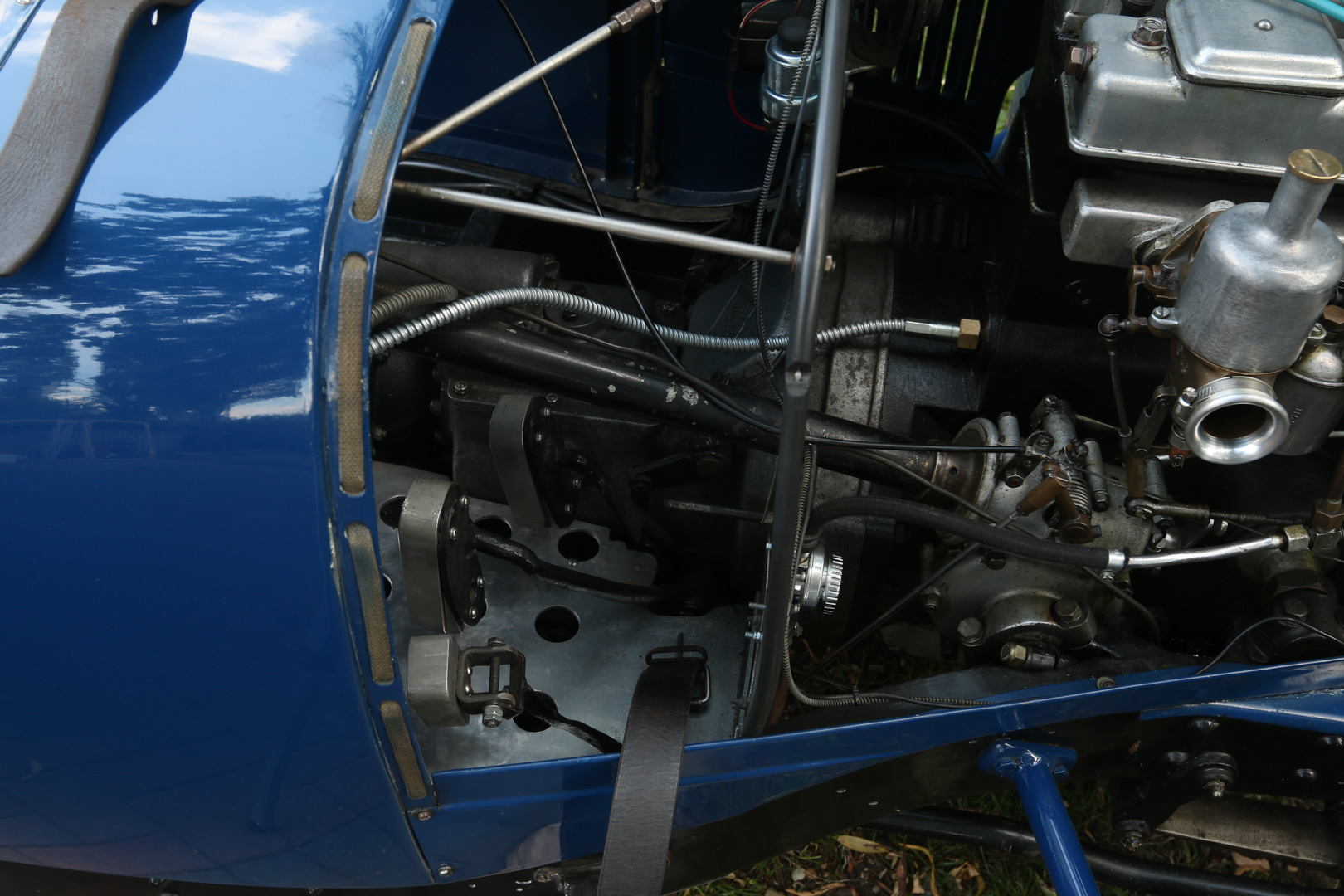 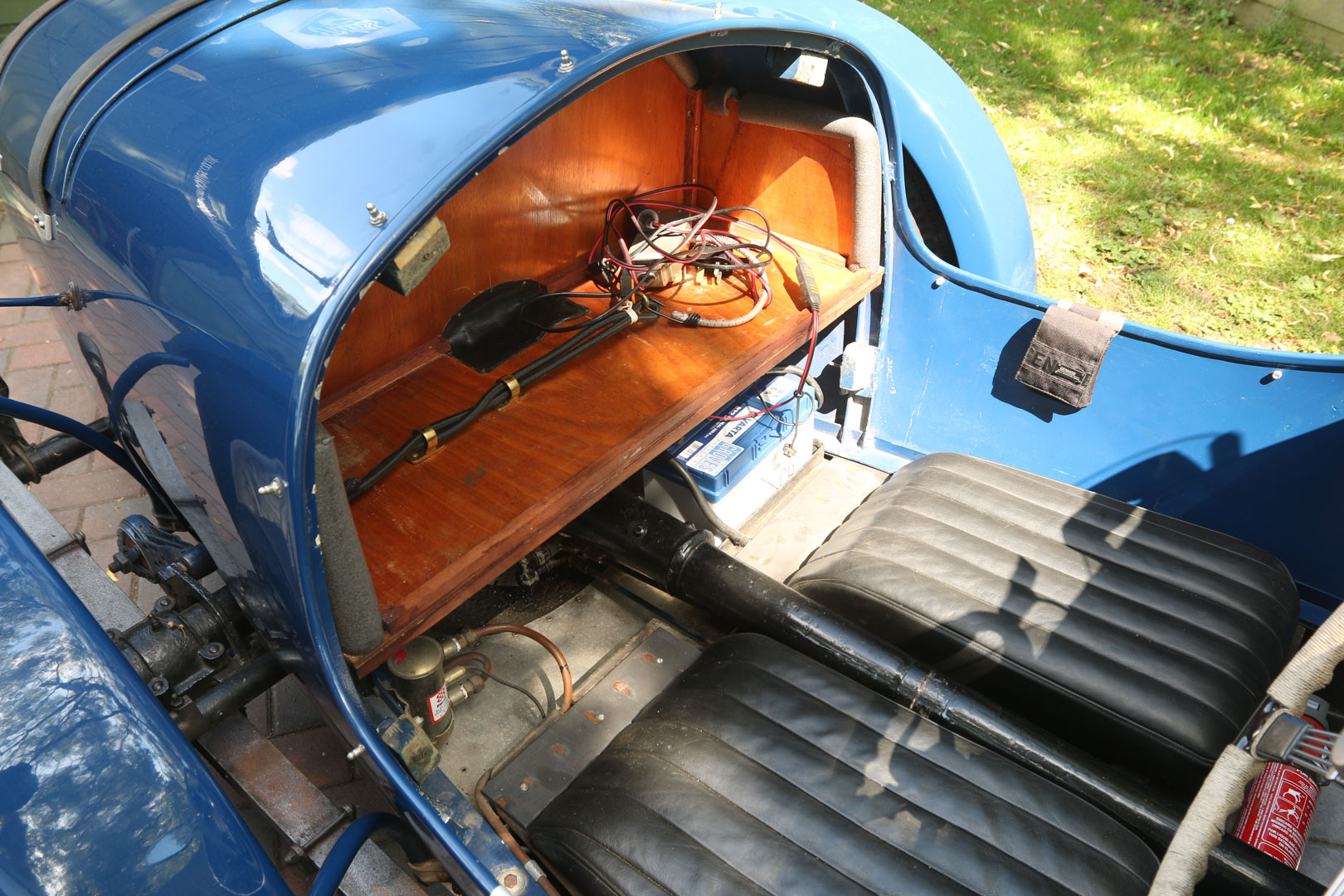 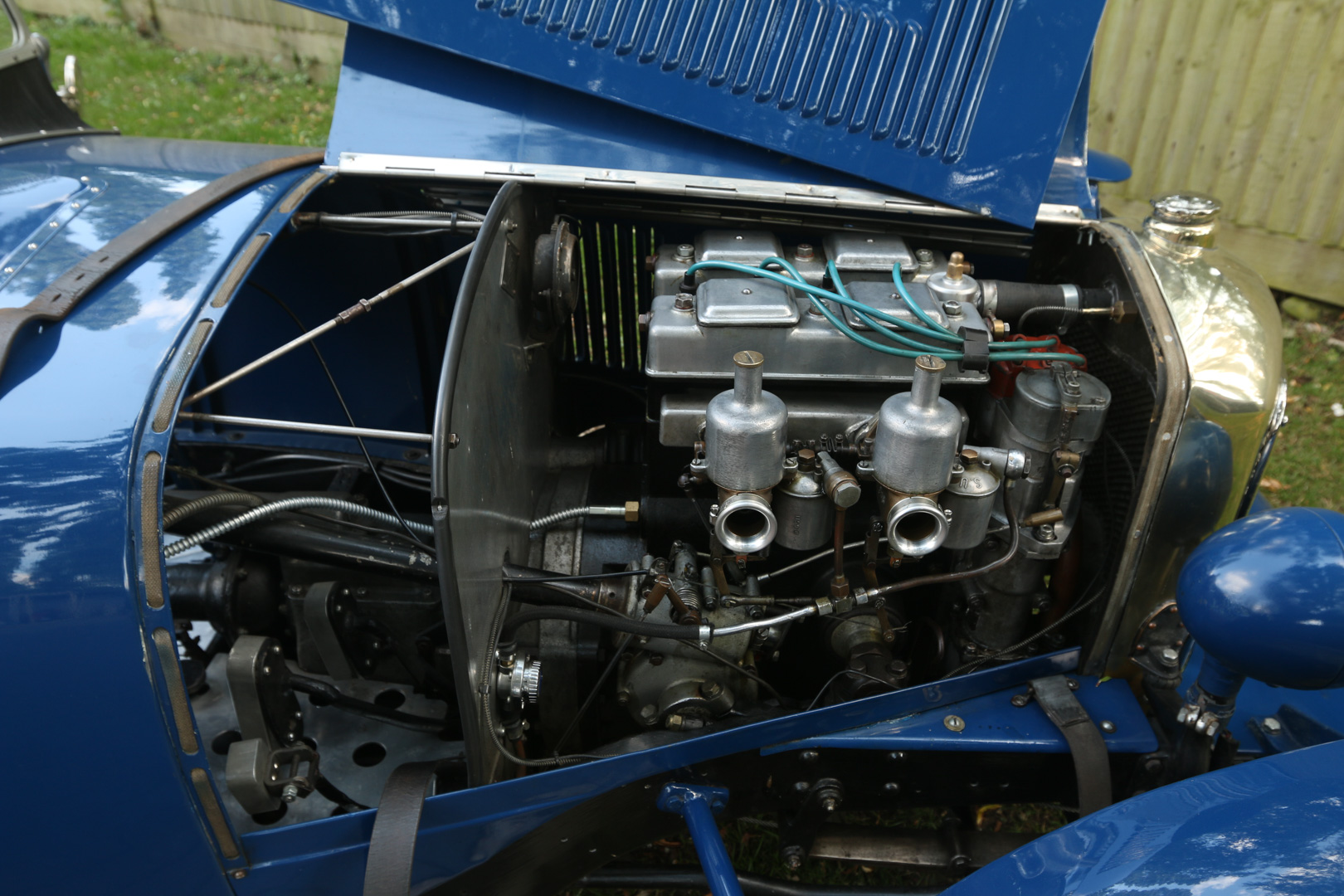 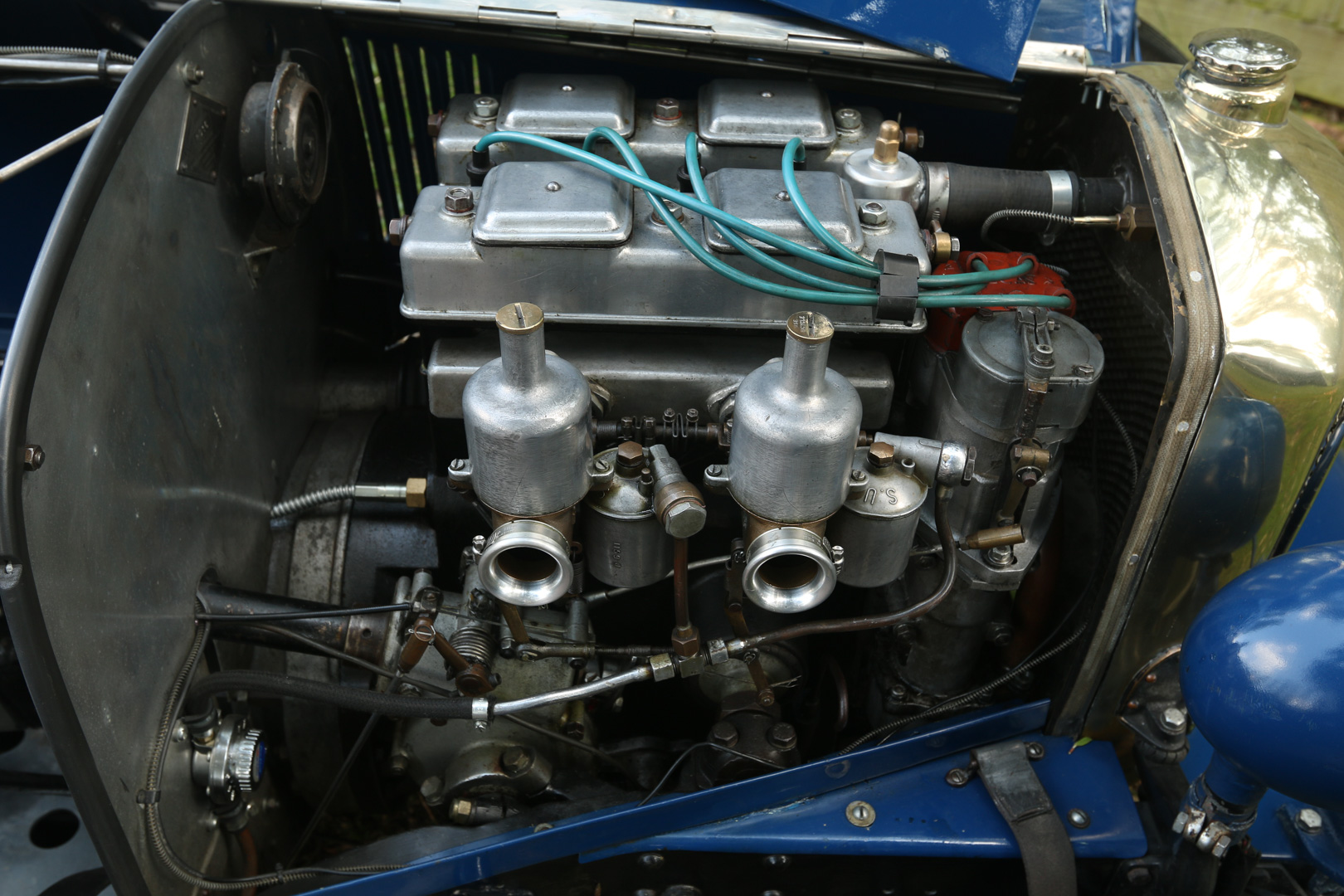 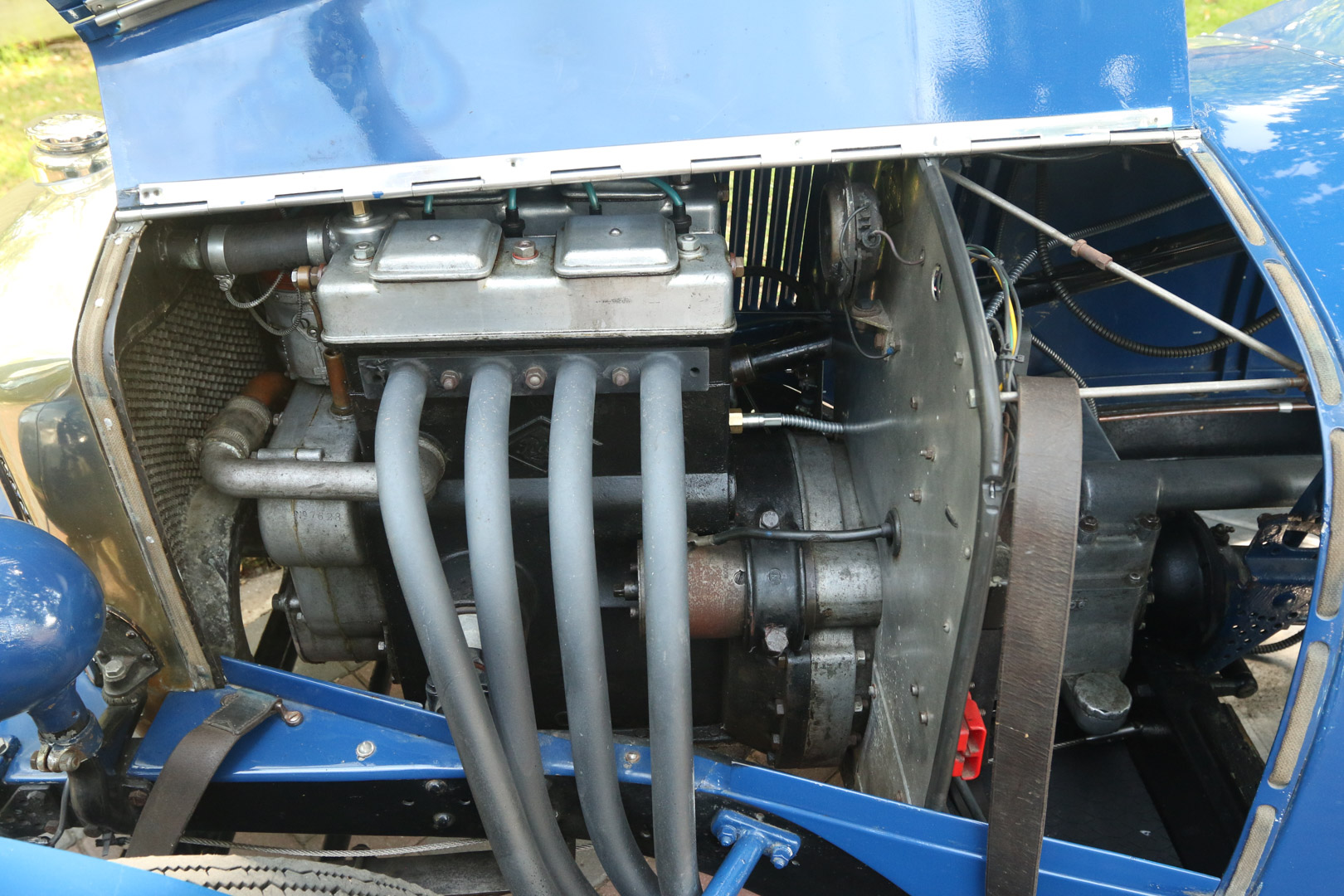 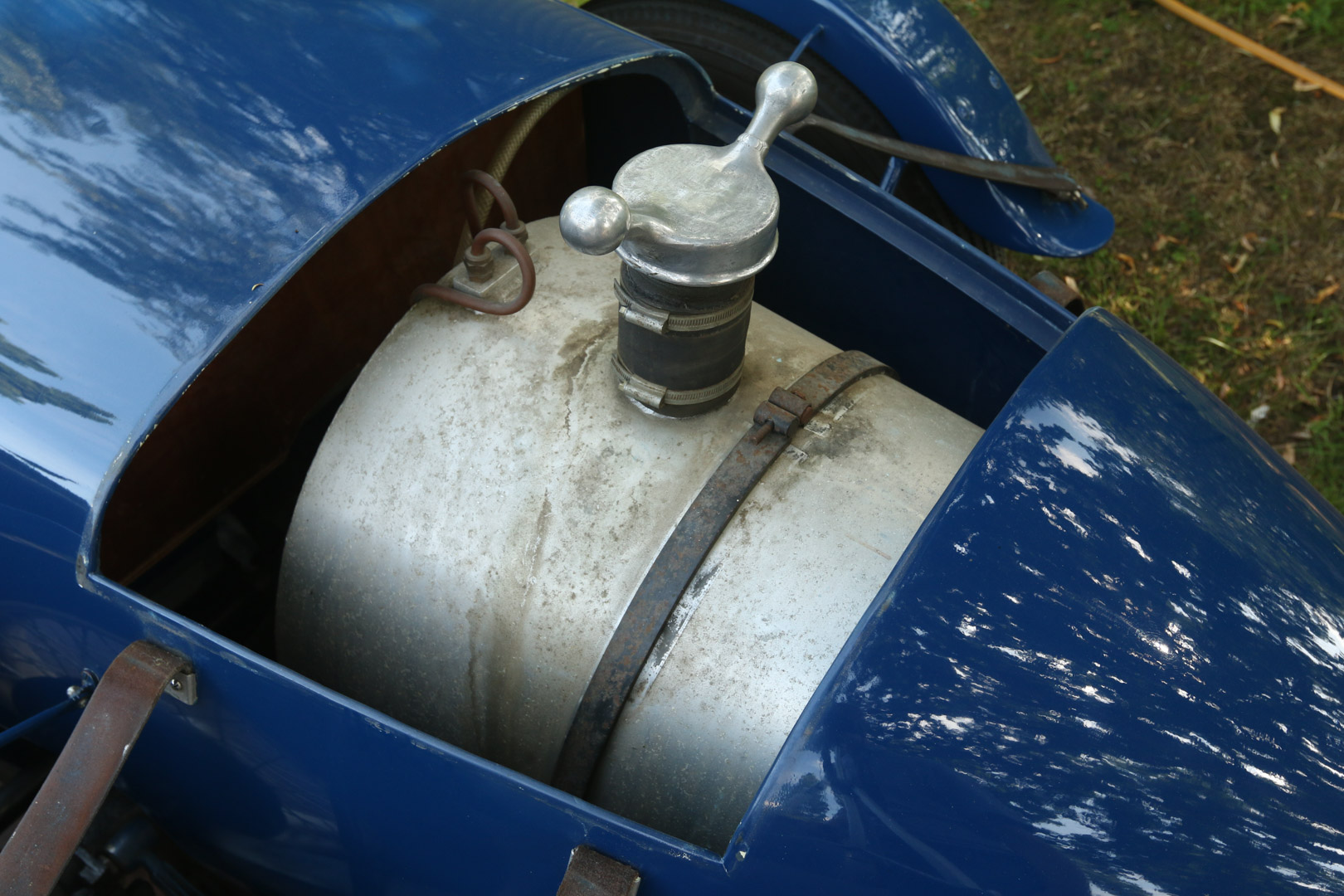 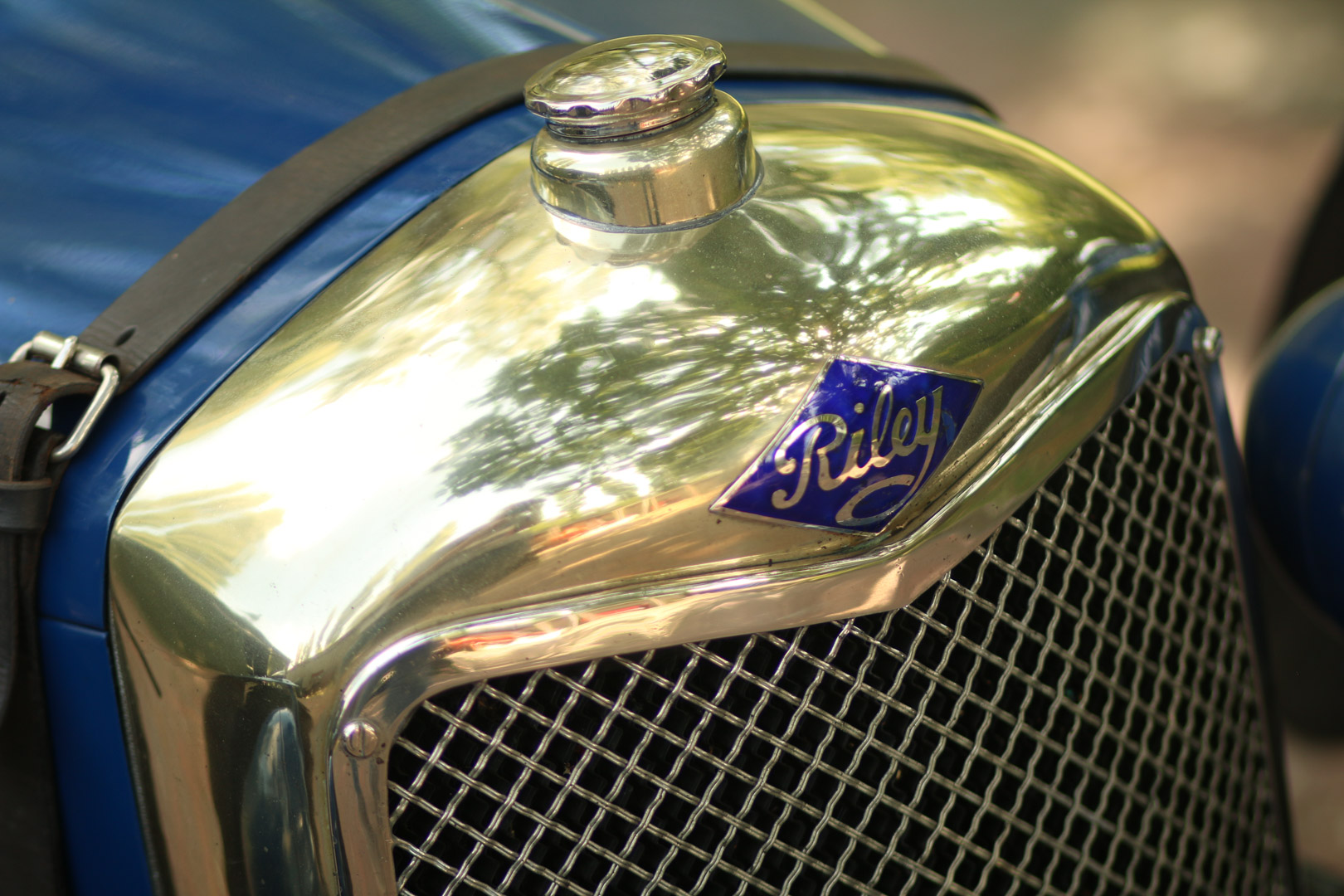 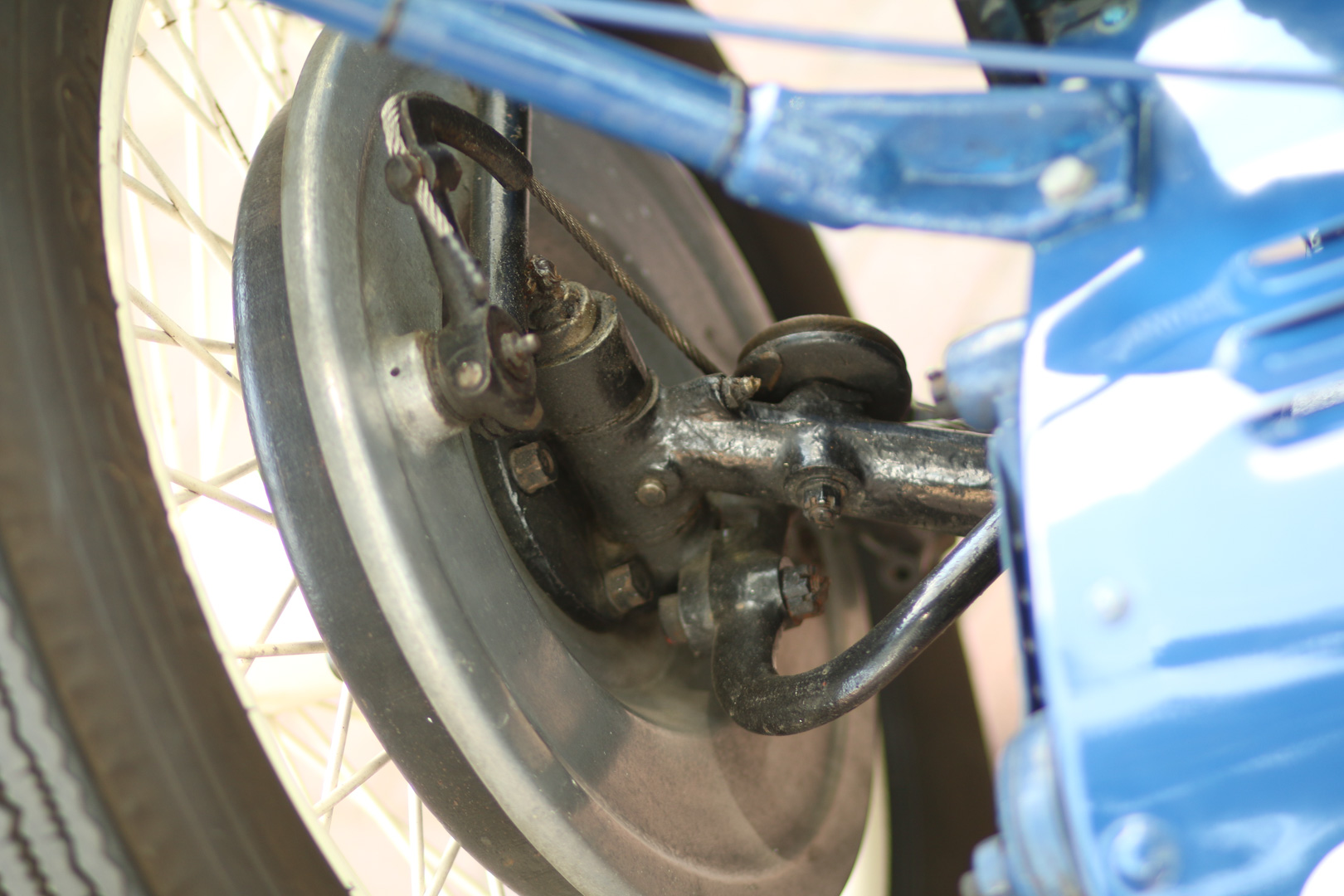 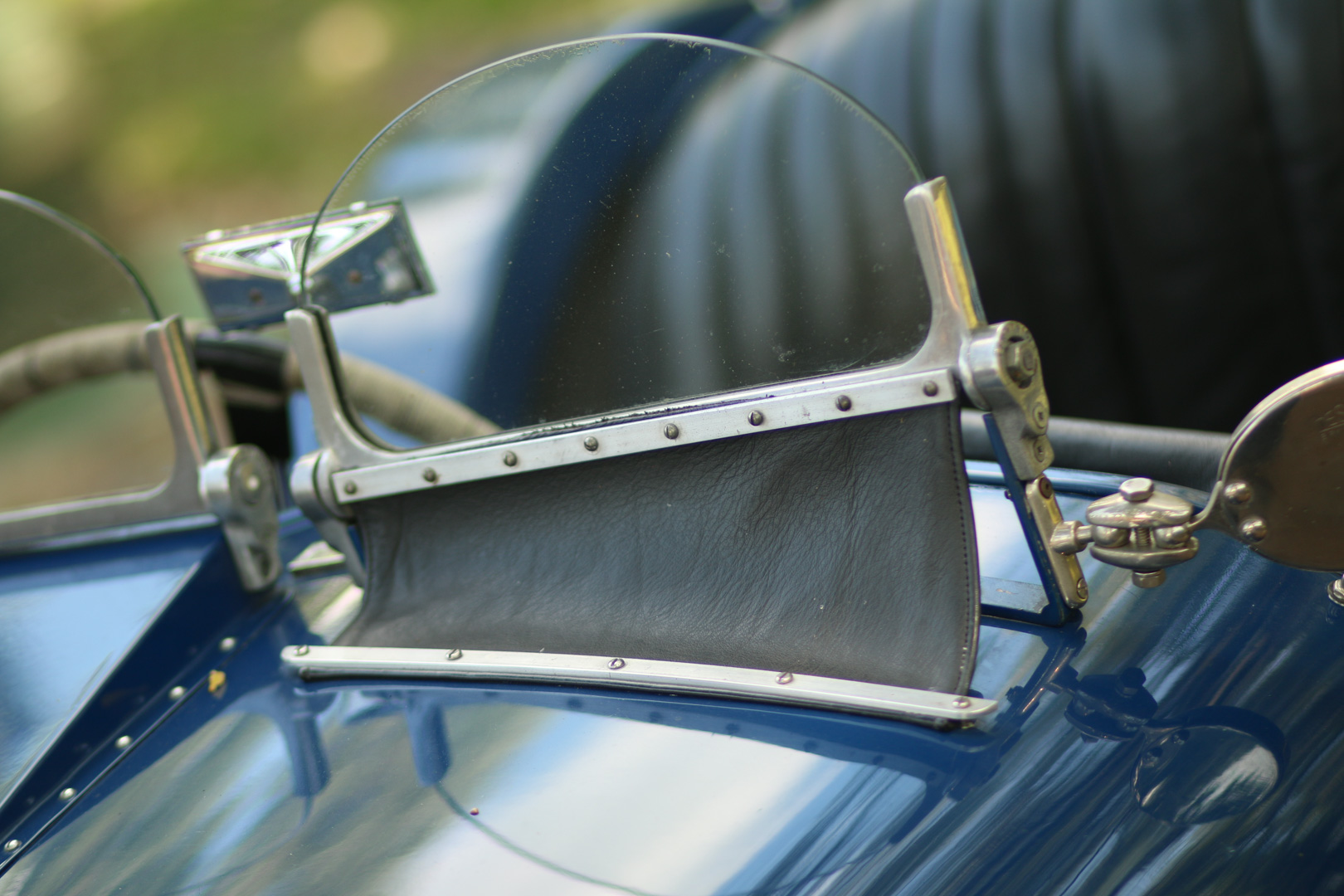 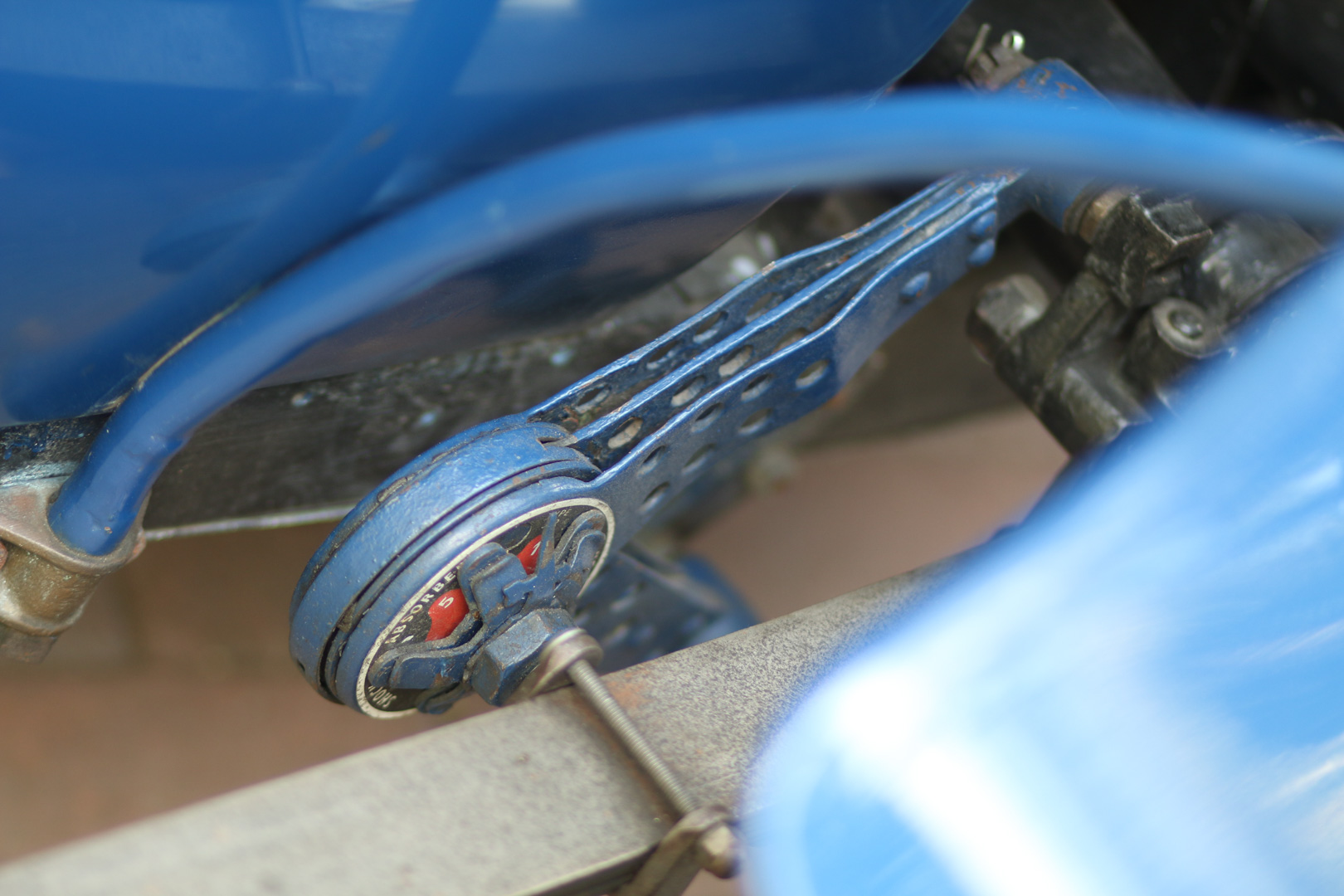 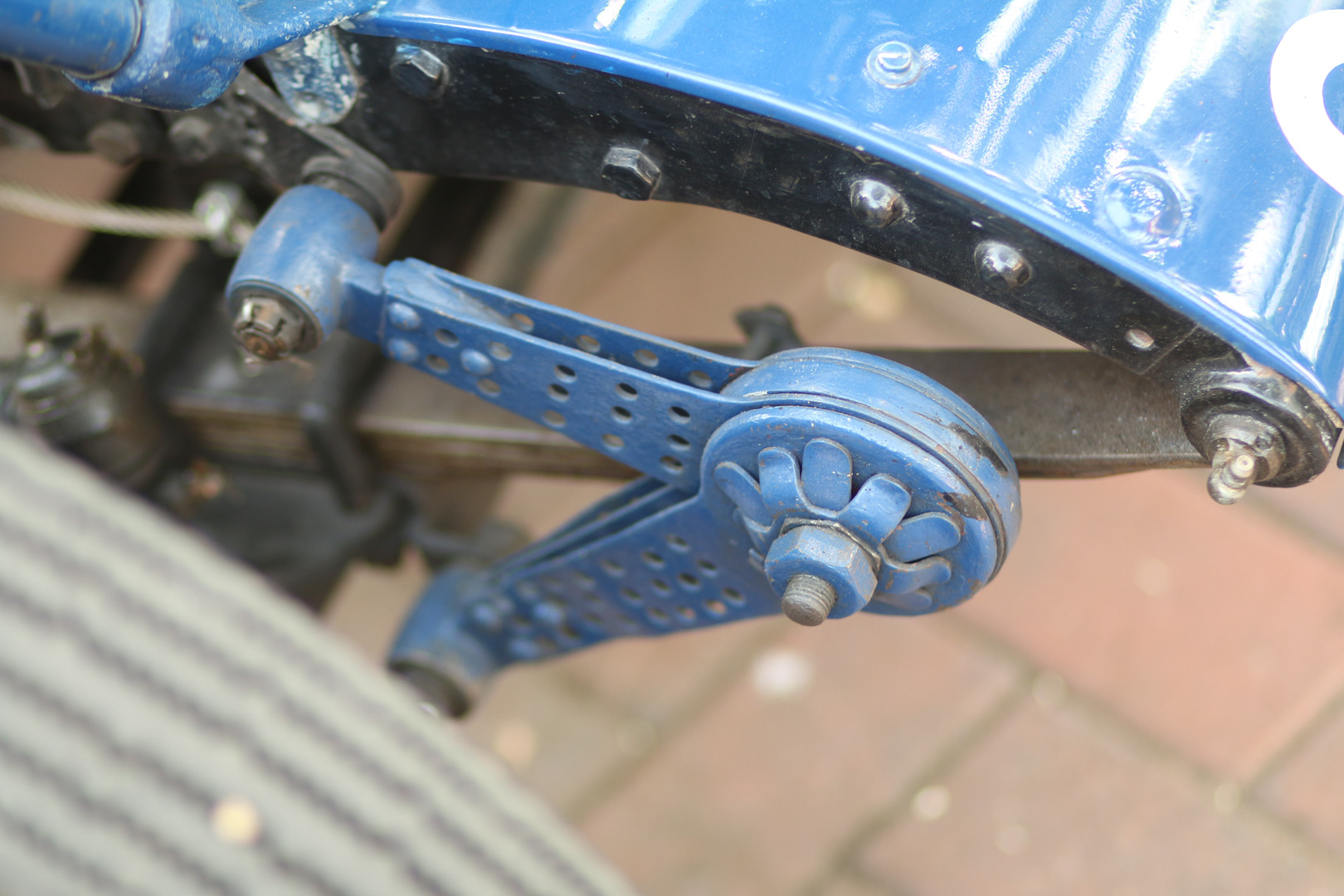 A lovely early Riley Brooklands, chassis number 8016 is according to Nev Farquhar, a Riley Brooklands aficionado, a very early car and one of the first Mk 1 Brooklands dating from 1928 and with the 5 stud wheel configuration.

Barbara Farquhar, a tour de force if ever there was one, has written copious notes about the car hand written in an exercise book. She reveals that she talked to the second owner, a Mr D.O Bennie who first saw the car in 1928/29 when owned by a local Scottish foundry manager. He put his name on the Brooklands and eventually bought it in the 1950`s.

Ashridge Automobiles sold the car on behalf of the next owner Adrian Watney many years ago to the current owner who now wishes to sell. The correspondence between Adrian Watney and Barbara is on file.

The Brooklands has at some stage had a lightweight aluminium racing body fitted which, unlike the Riley Imps Ashridge has recently sold, is surprisingly roomy in the cockpit. Finished in blue with black leather upholstery and German nickel silver radiator, the car looks very attractive.

The car is registered as chassis number 8016 and as a Sports and Historic Vehicle on the V5c with date of registration as 1937. Again Barbara Farquhar in her notes gives a full explanation of the almost certain reasons for delay in registering the car and also refers to the correspondence dating back to 1928/9.

Spares include 5 stud hubs, axles and drums, parts which are difficult to obtain.