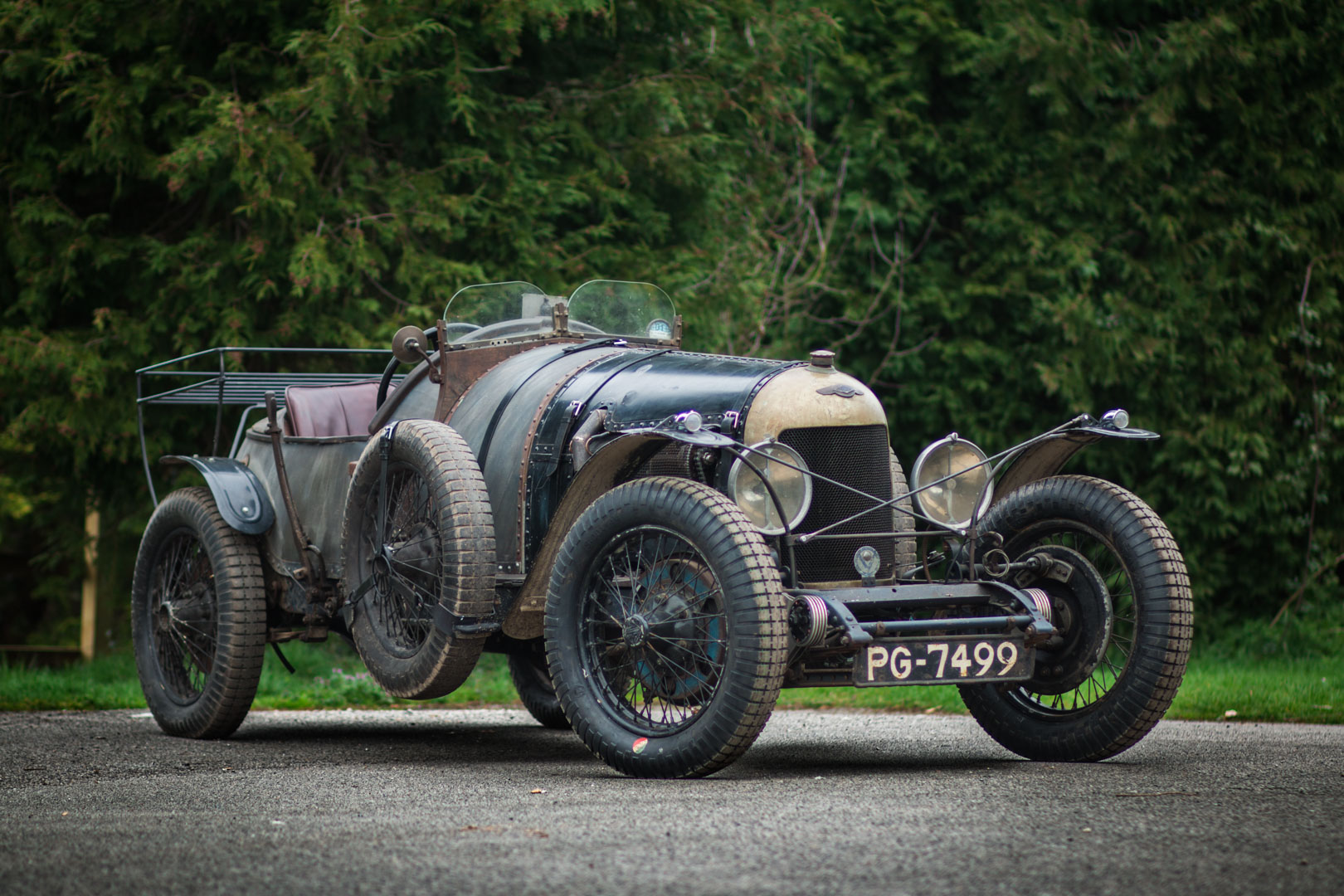 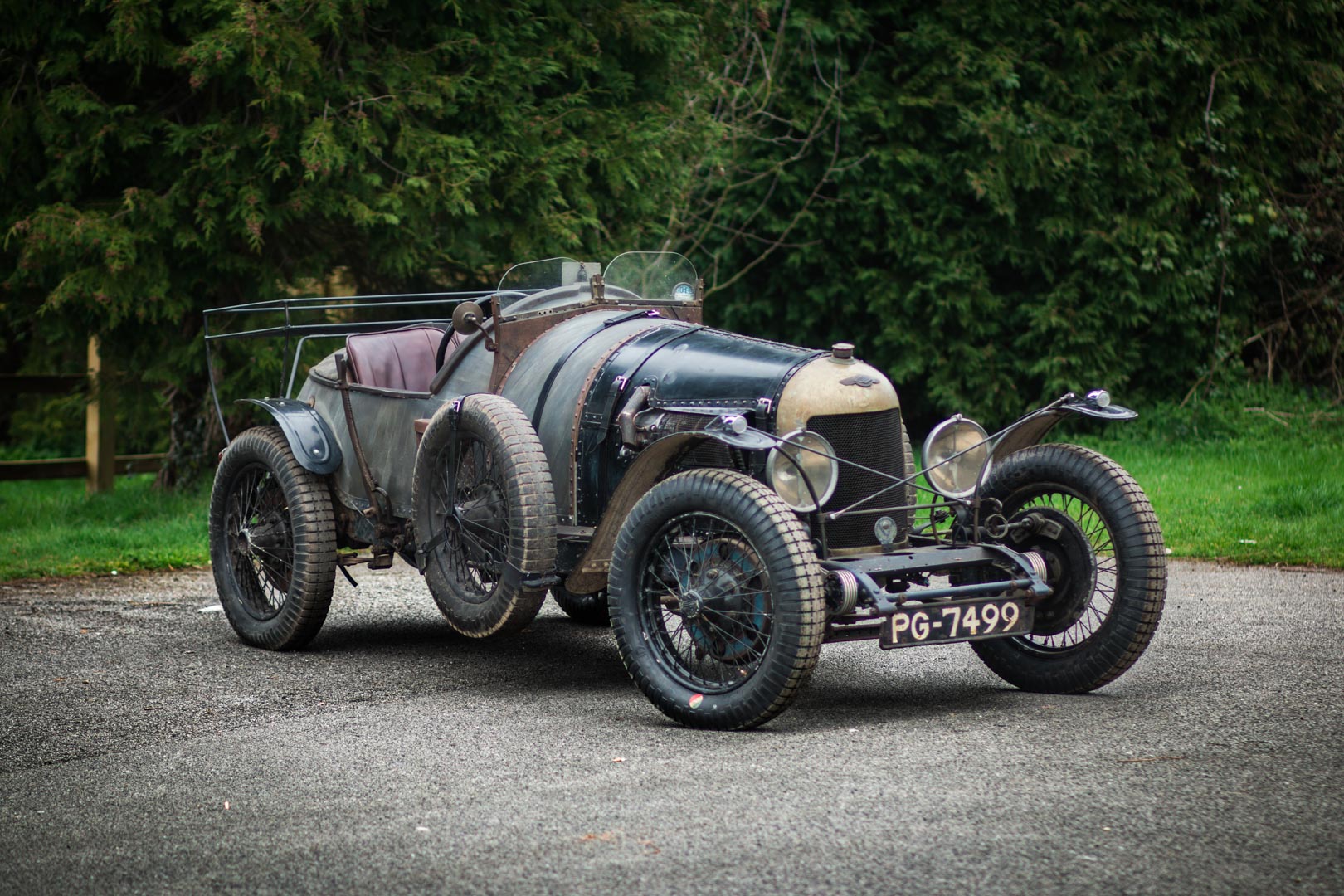 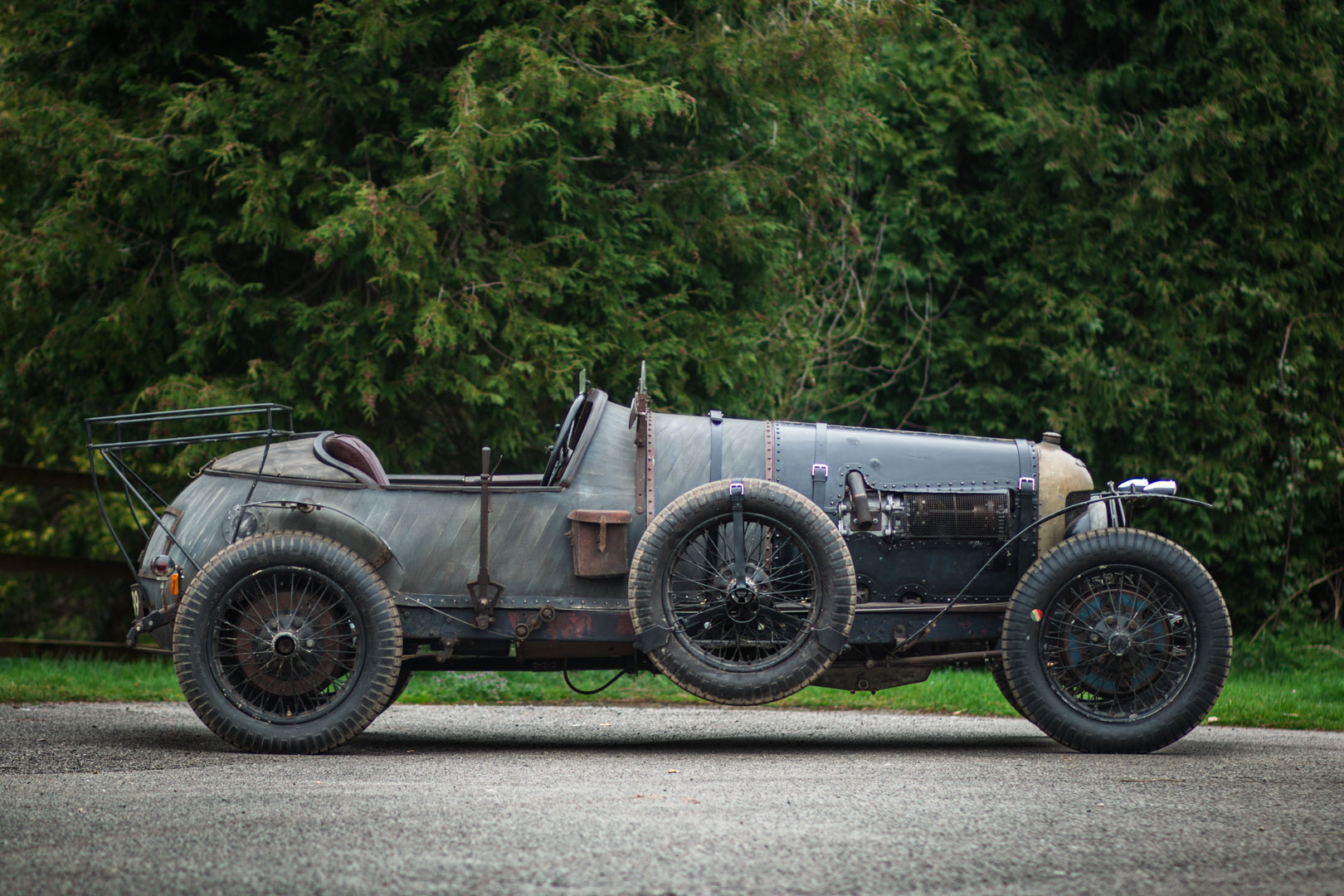 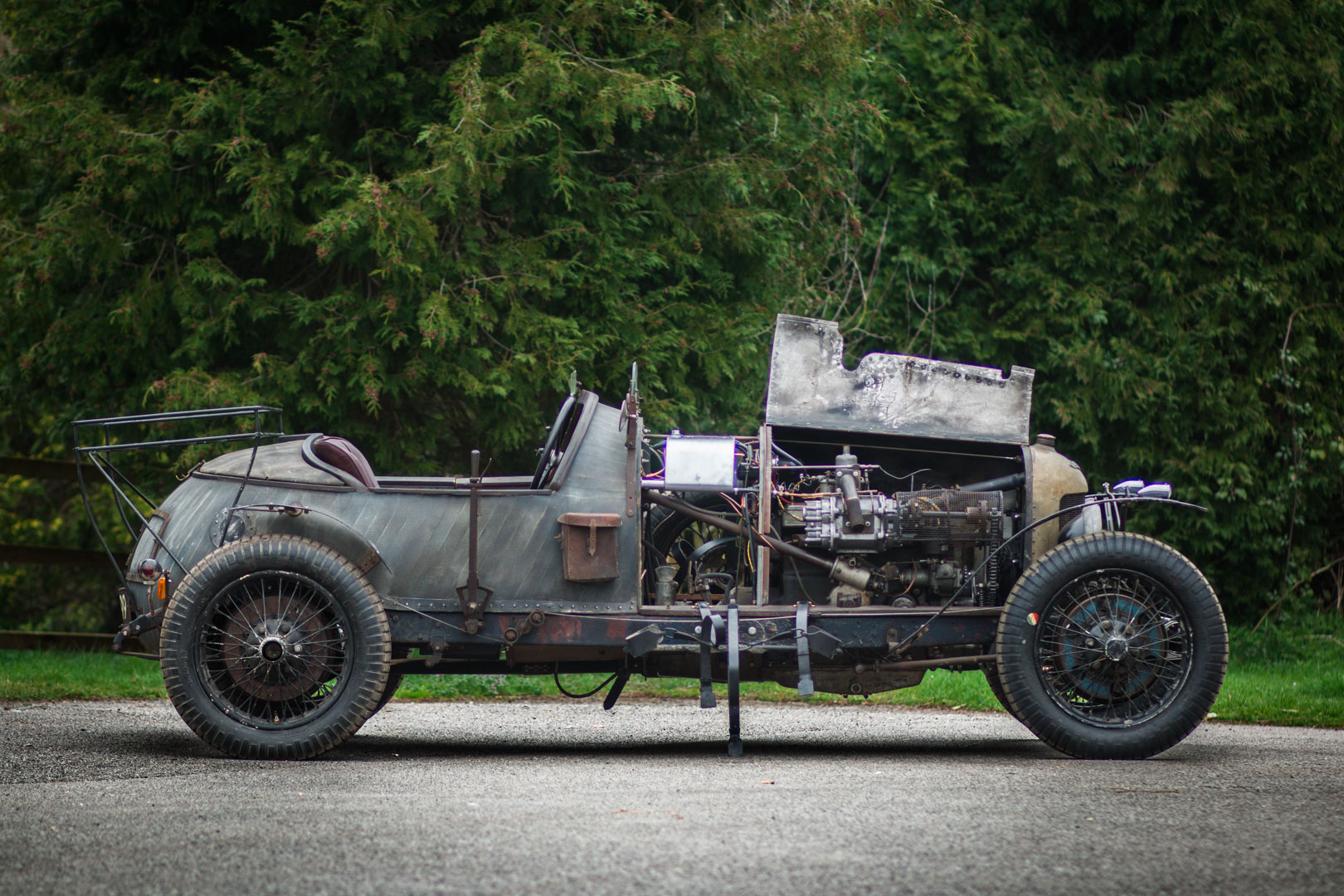 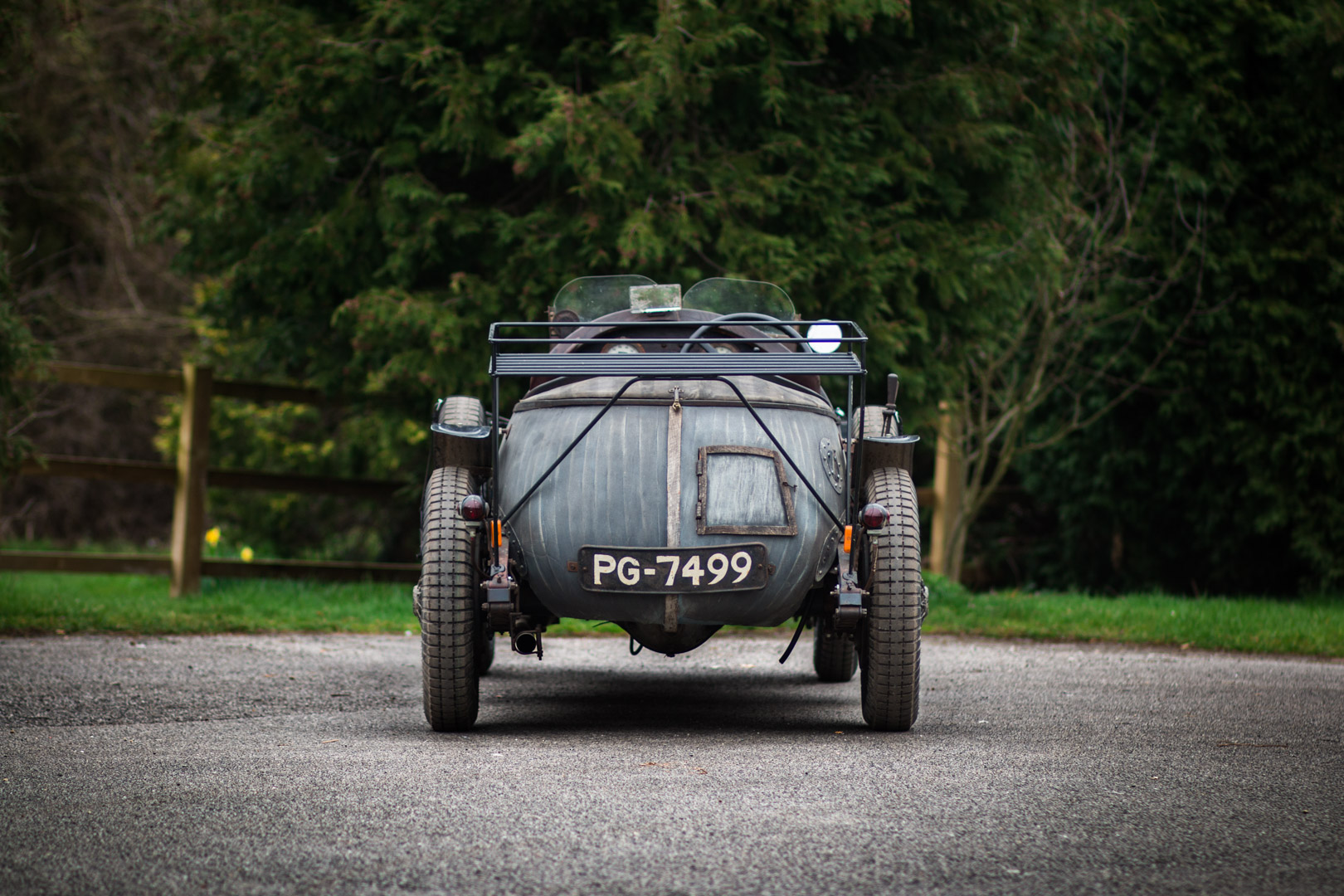 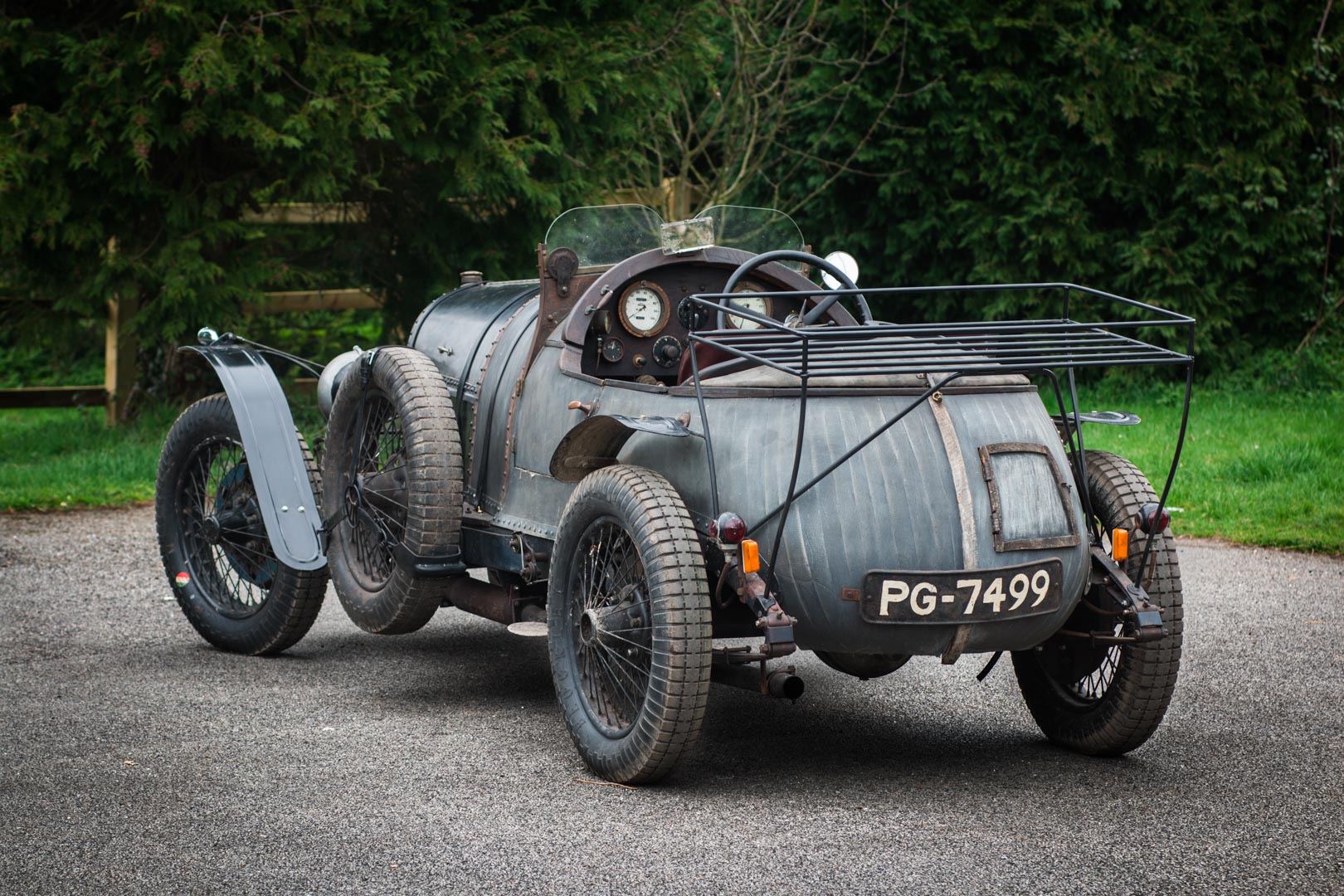 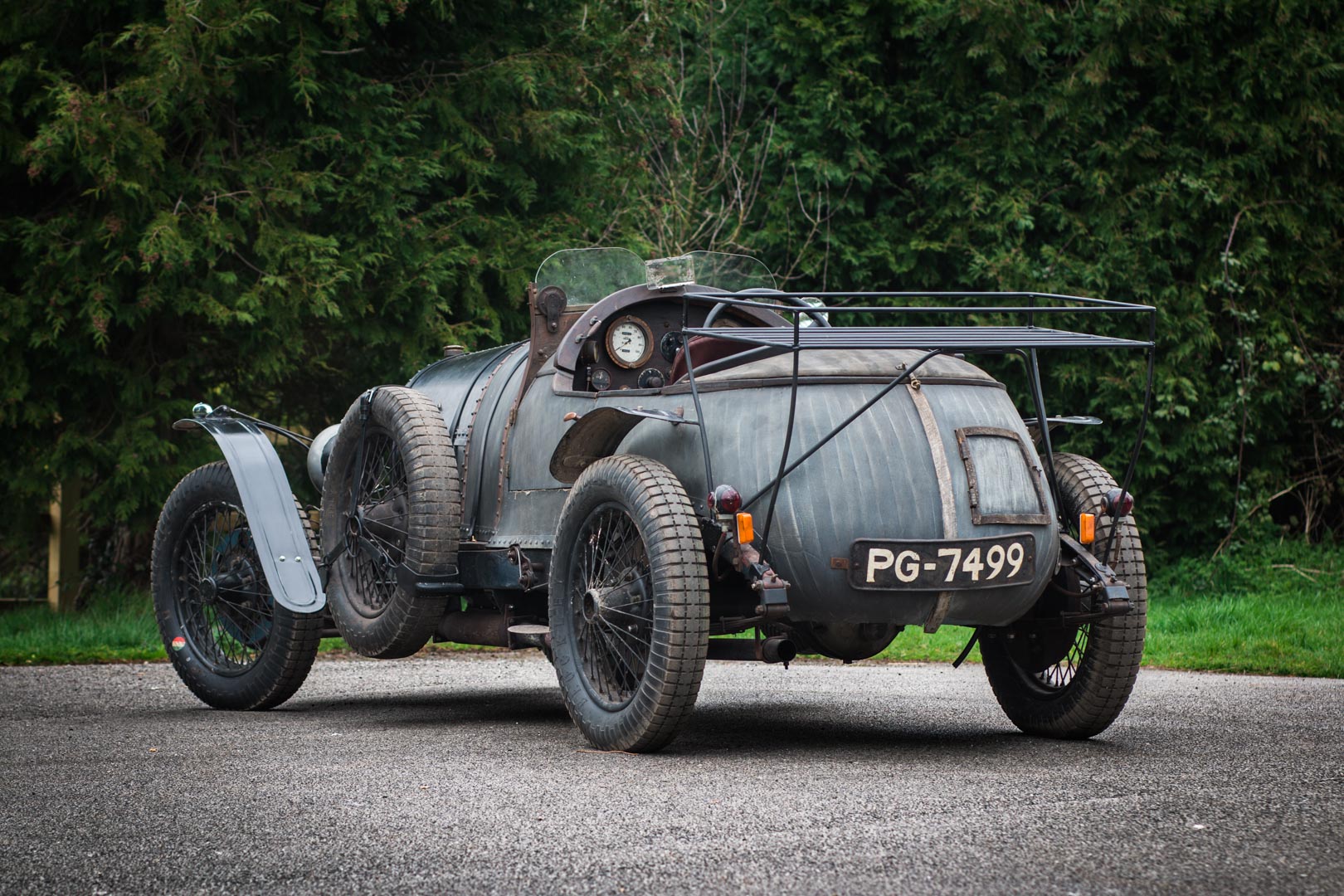 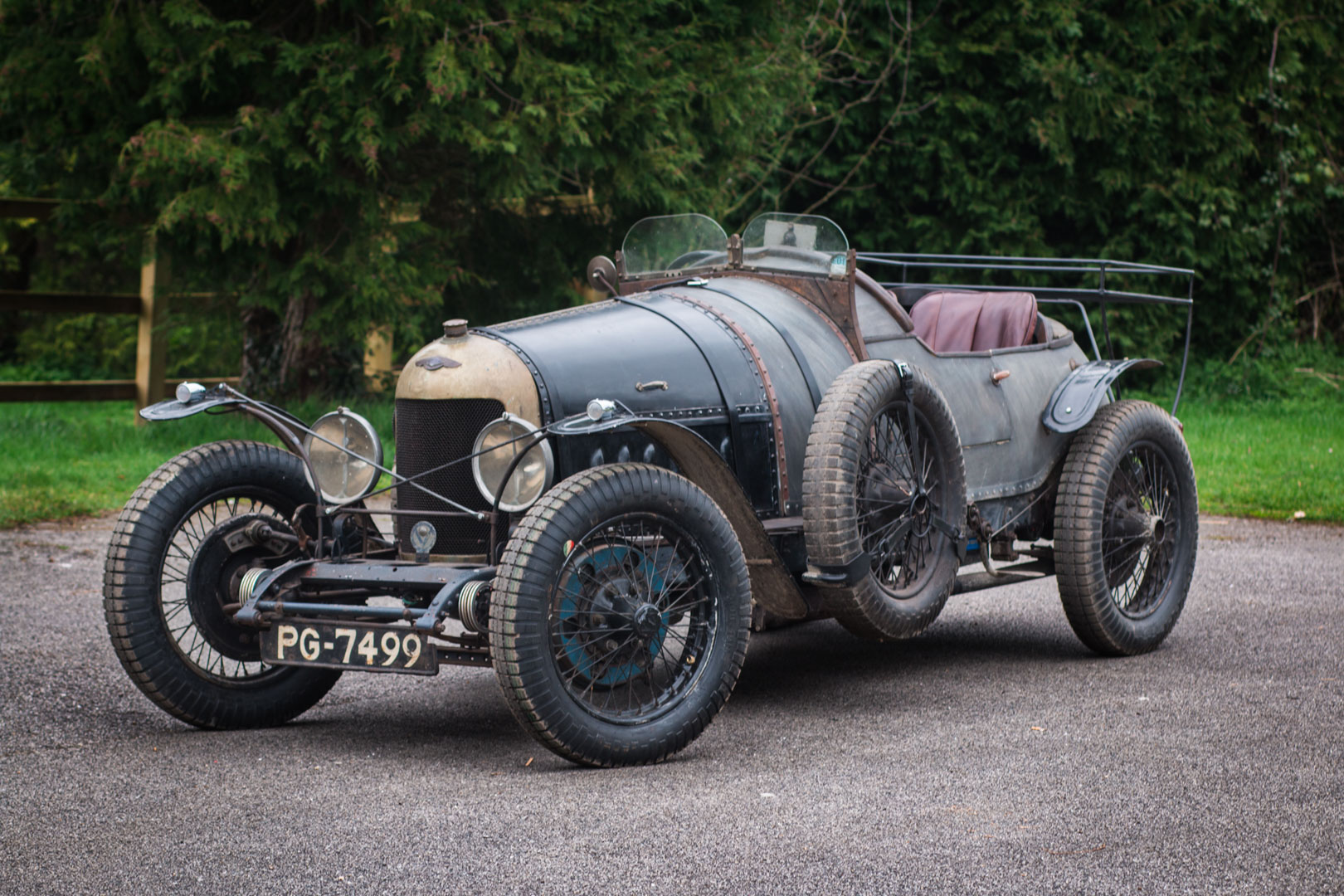 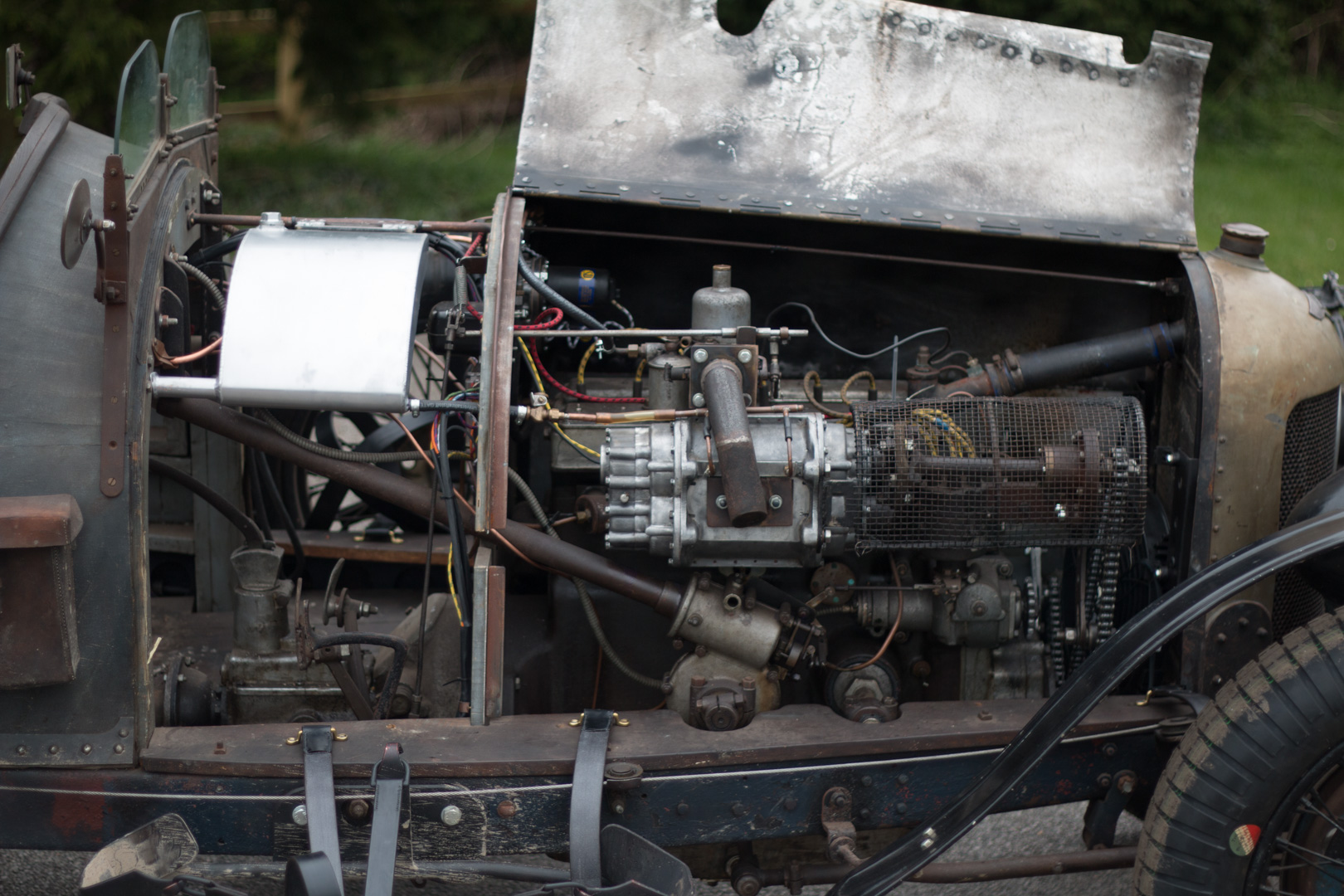 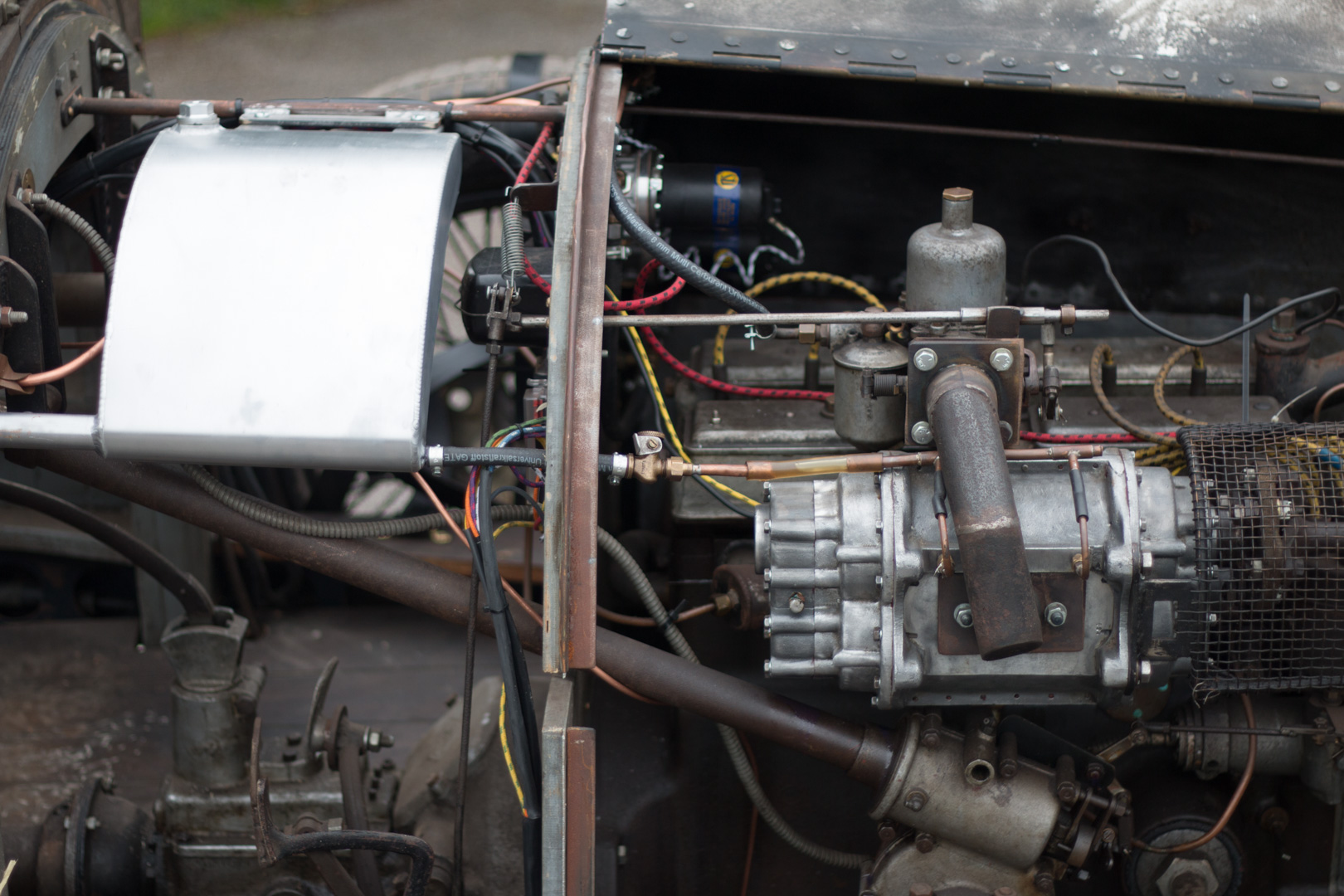 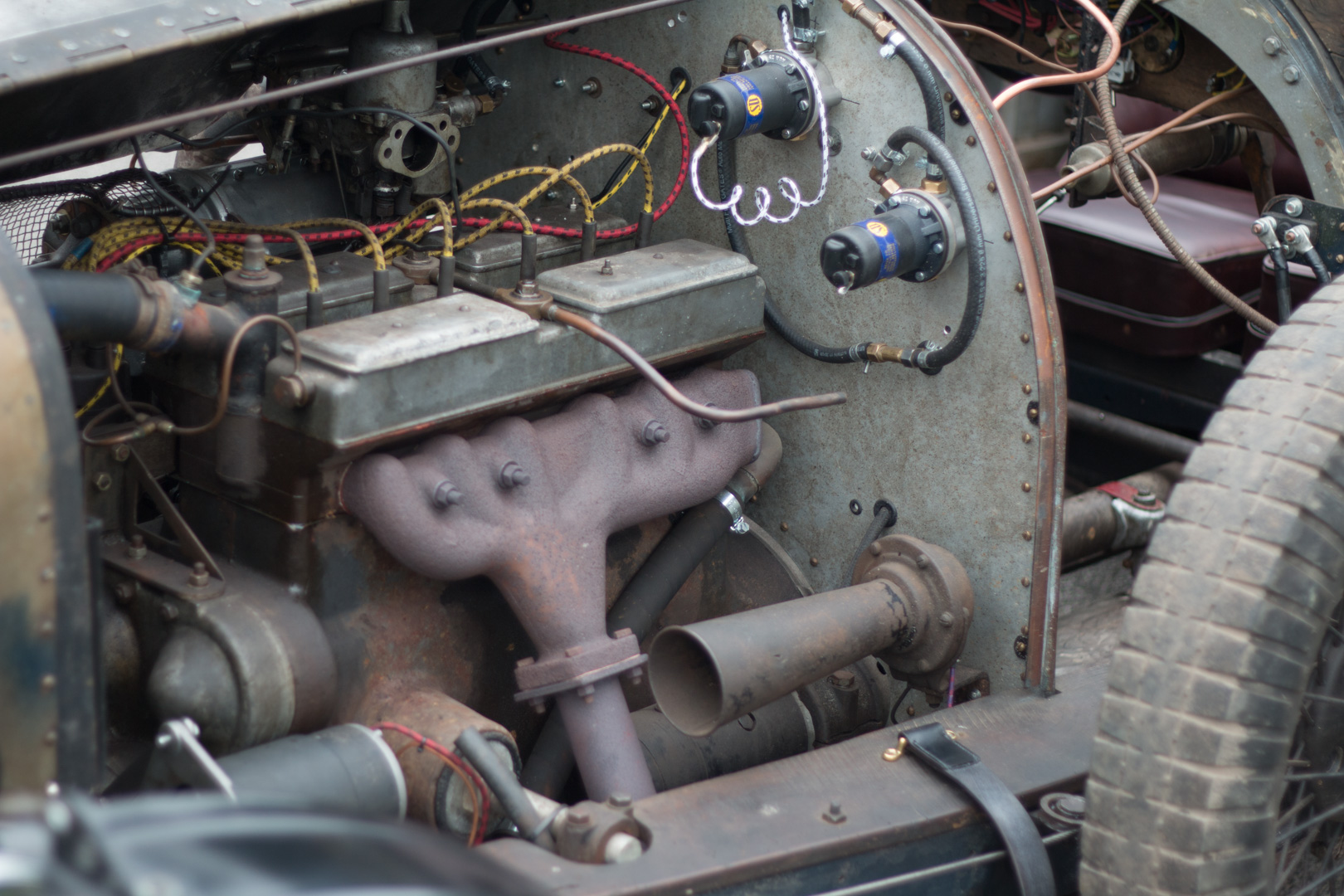 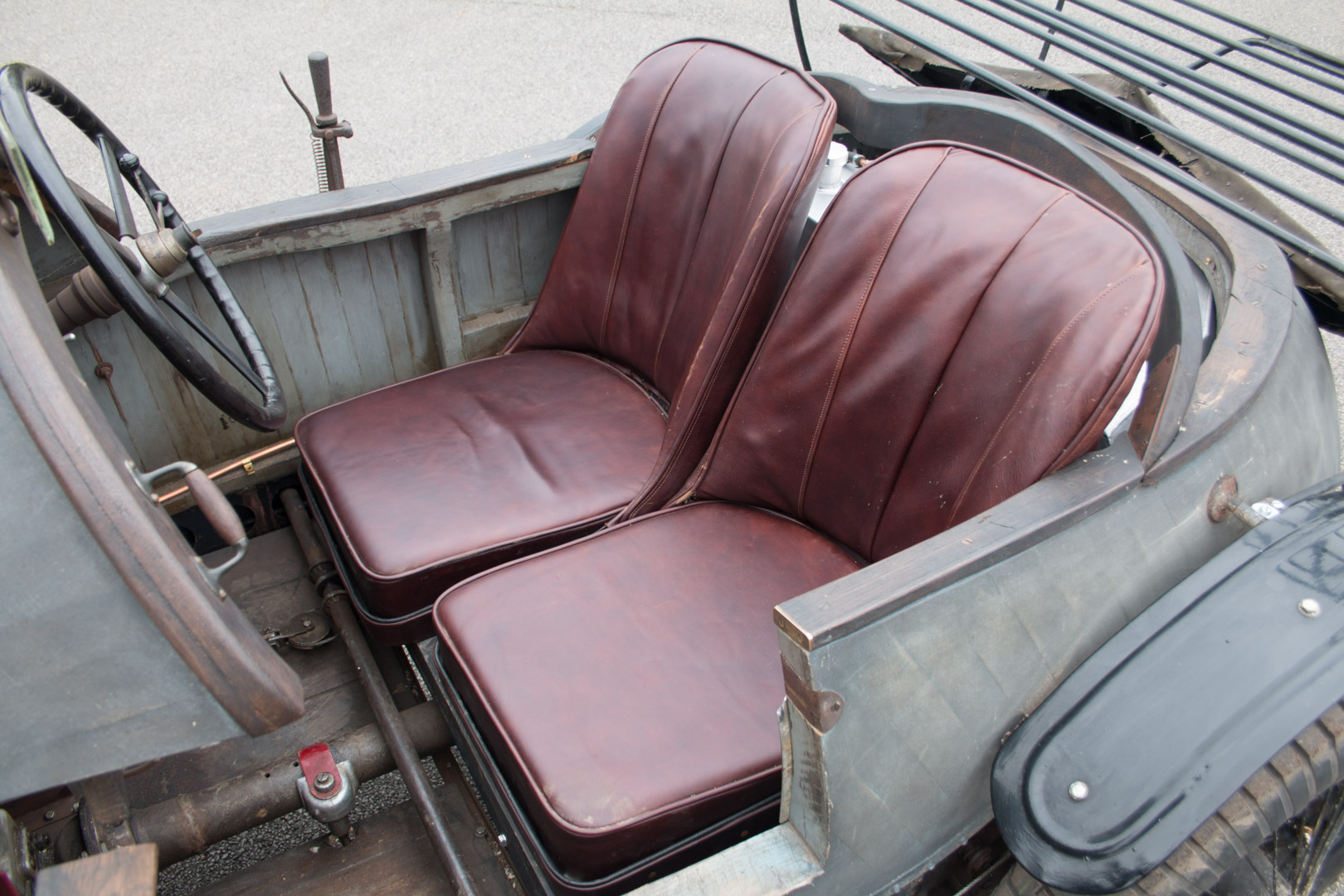 And now for something completely different.
Affectionately known as “s*itty **itty Bang Bang !” She is registered as a Sports car and carries her original number plate on a current V5c. Cleverly constructed of wood and fabric the car is built on a full length Riley chassis and is only for sale owing to the owners change of circumstance.
She looks like a Bentley or Bugatti according to those who have seen her and is in a lovely oily rag condition. In fact those same people think the car has been constructed and untouched since 1930!
All running gear is period Riley and the cable braking system has been moved to the outside of the bodywork and chassis frame a la Bugatti.
The power comes from a 6 cylinder Riley engine mated to a period chain driven supercharger fitted with a single SU carburettor. The gearbox is the correct for period,a 4 speed manual silent third unit which works well.
A fully equipped instrument panel has the added attraction of a boost dial fitted as well as a pressure gauge for the fuel tank as this car has a pressurised tank and hand pump to feed the fuel to the engine. No electric fuel pumps here!
A great car eligible for many events including those specifically for vintage cars and registered correctly she needs to be seen to be believed. As always Ashridge can carry out any modifications or perceived improvements the new owner may wish for.