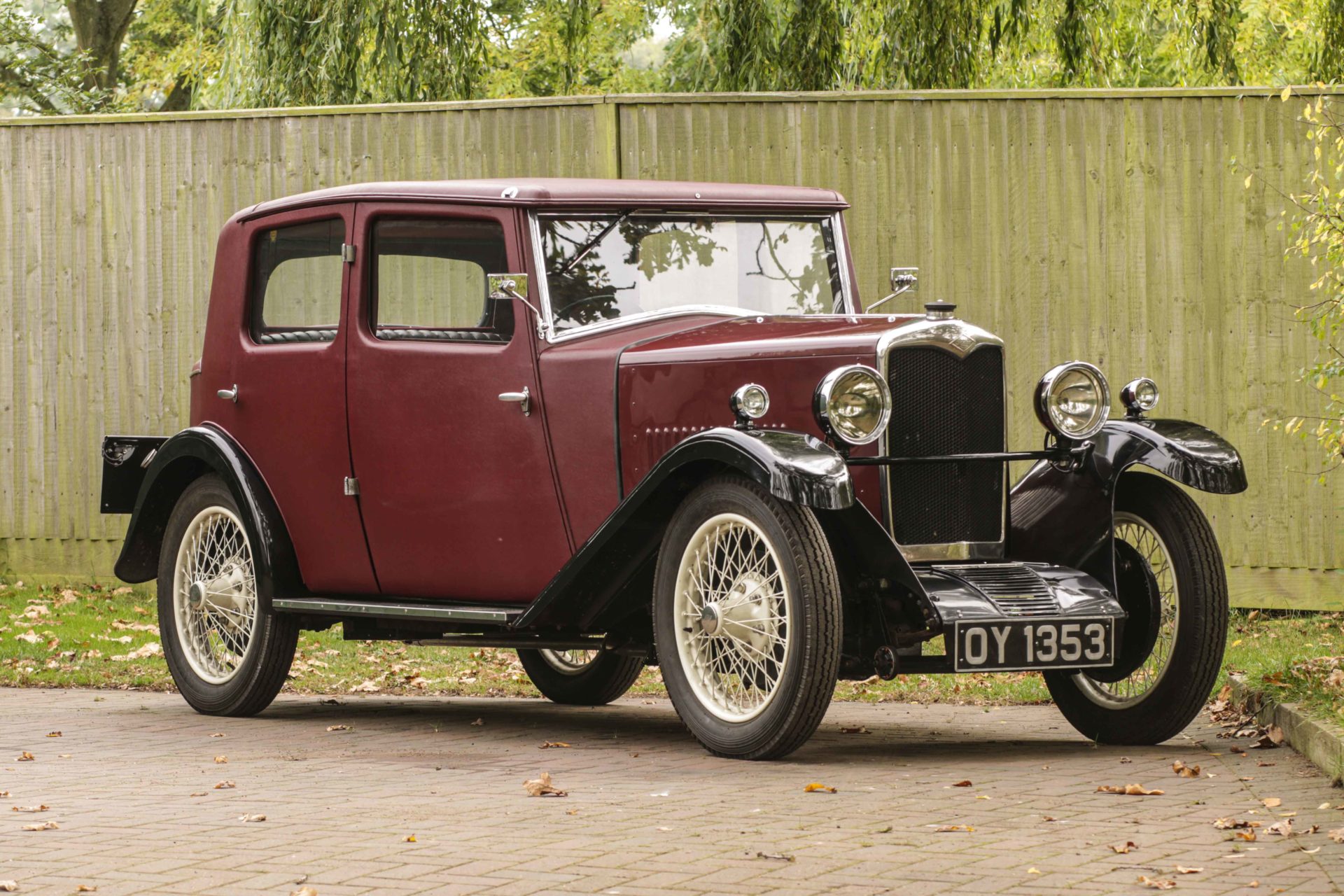 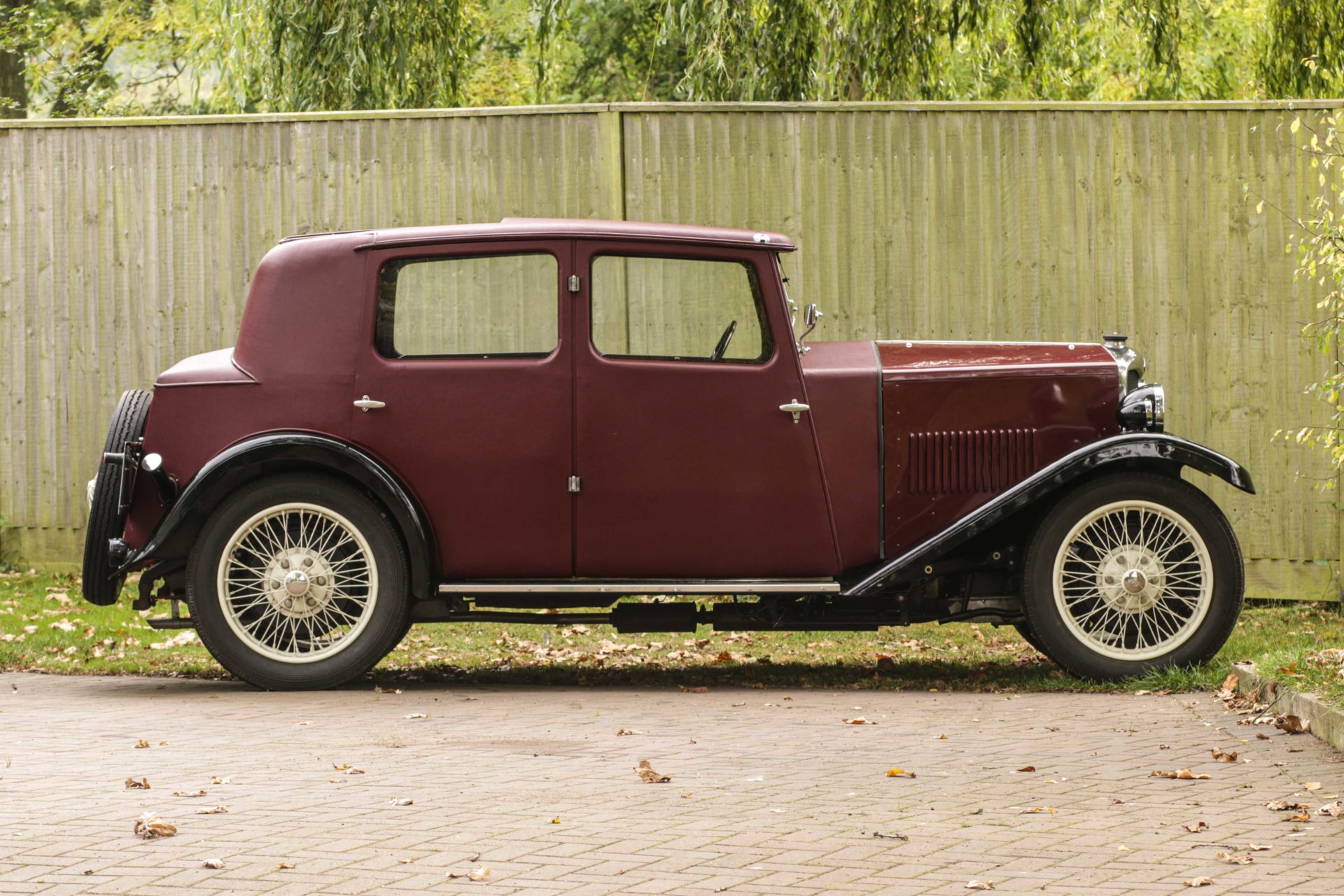 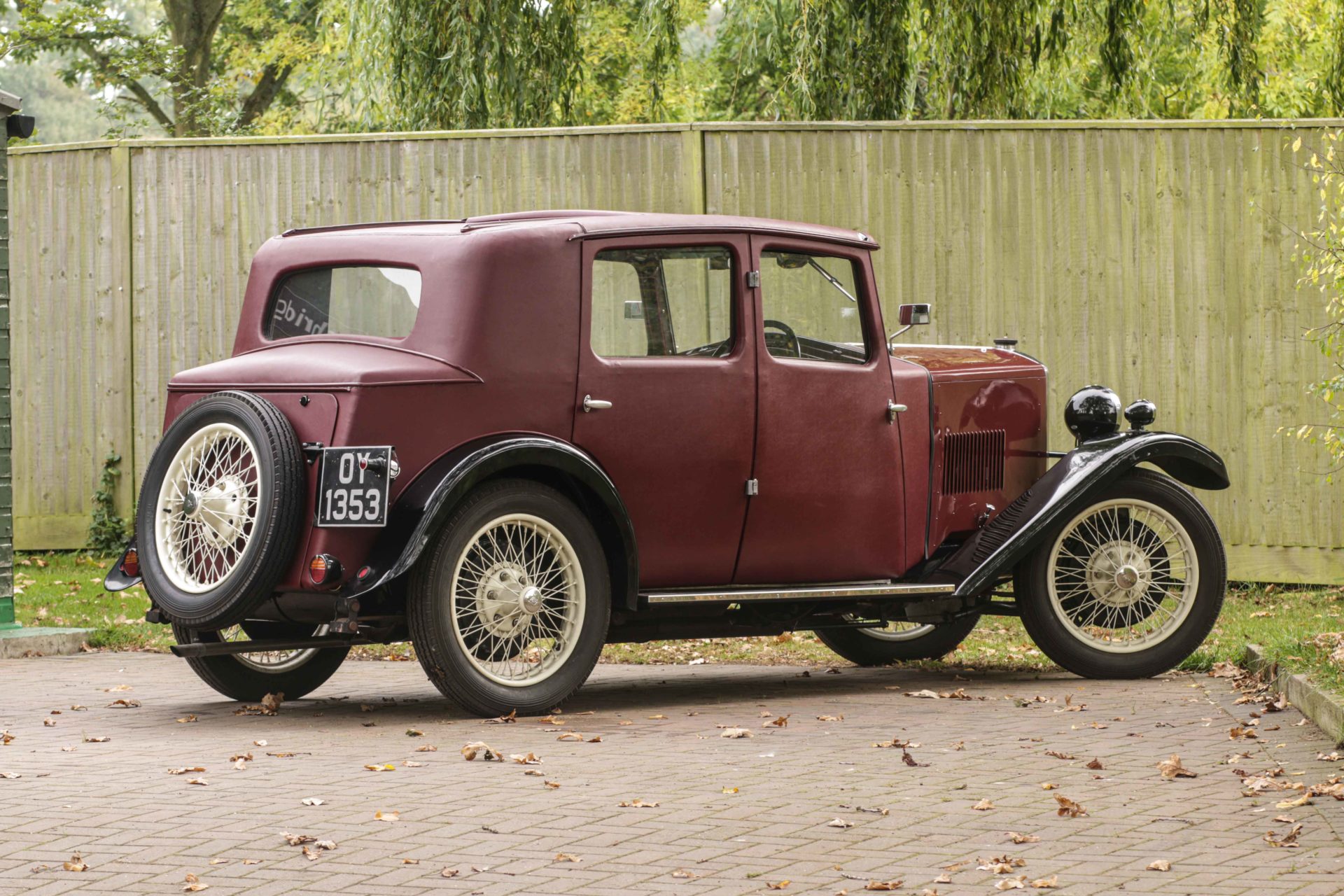 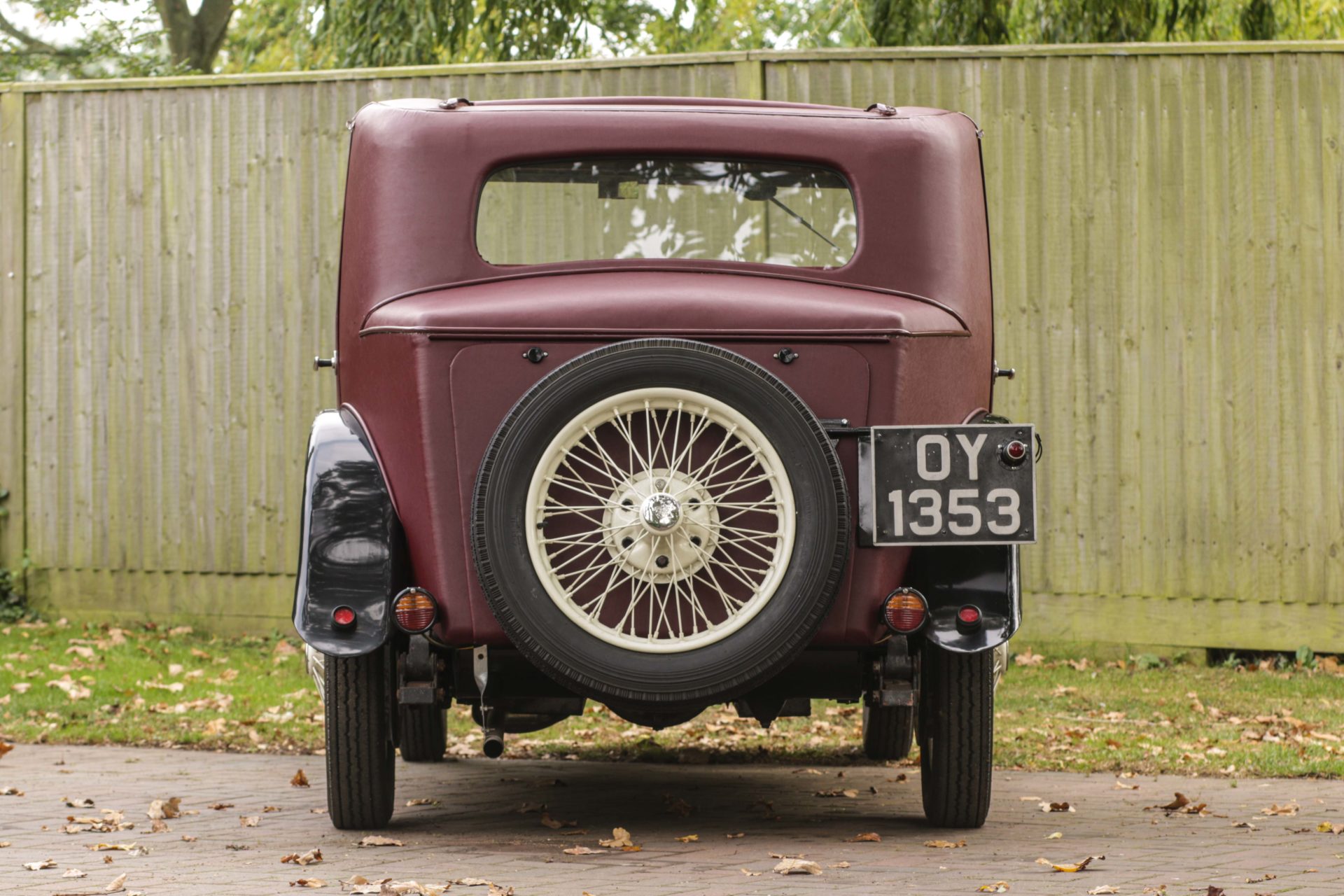 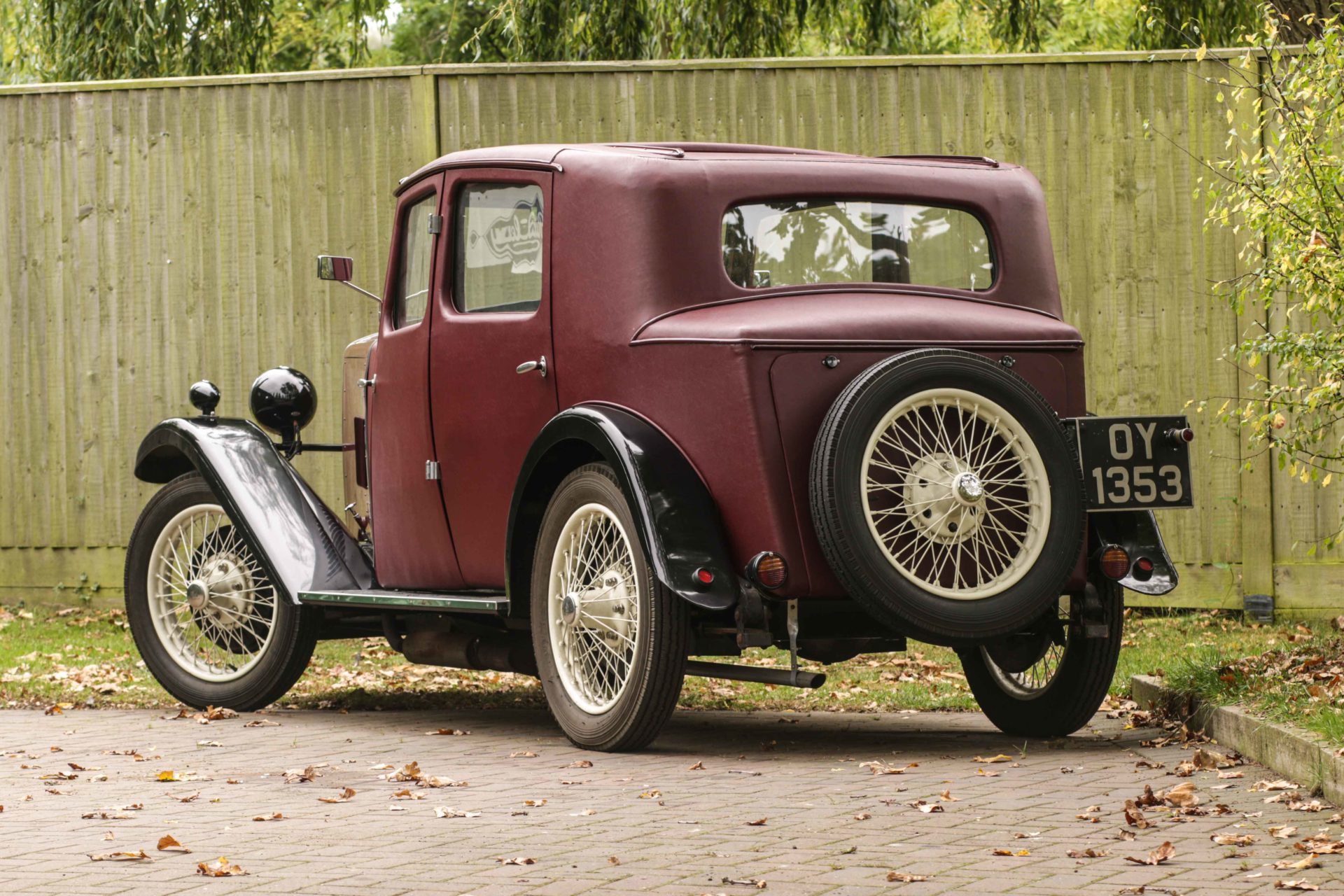 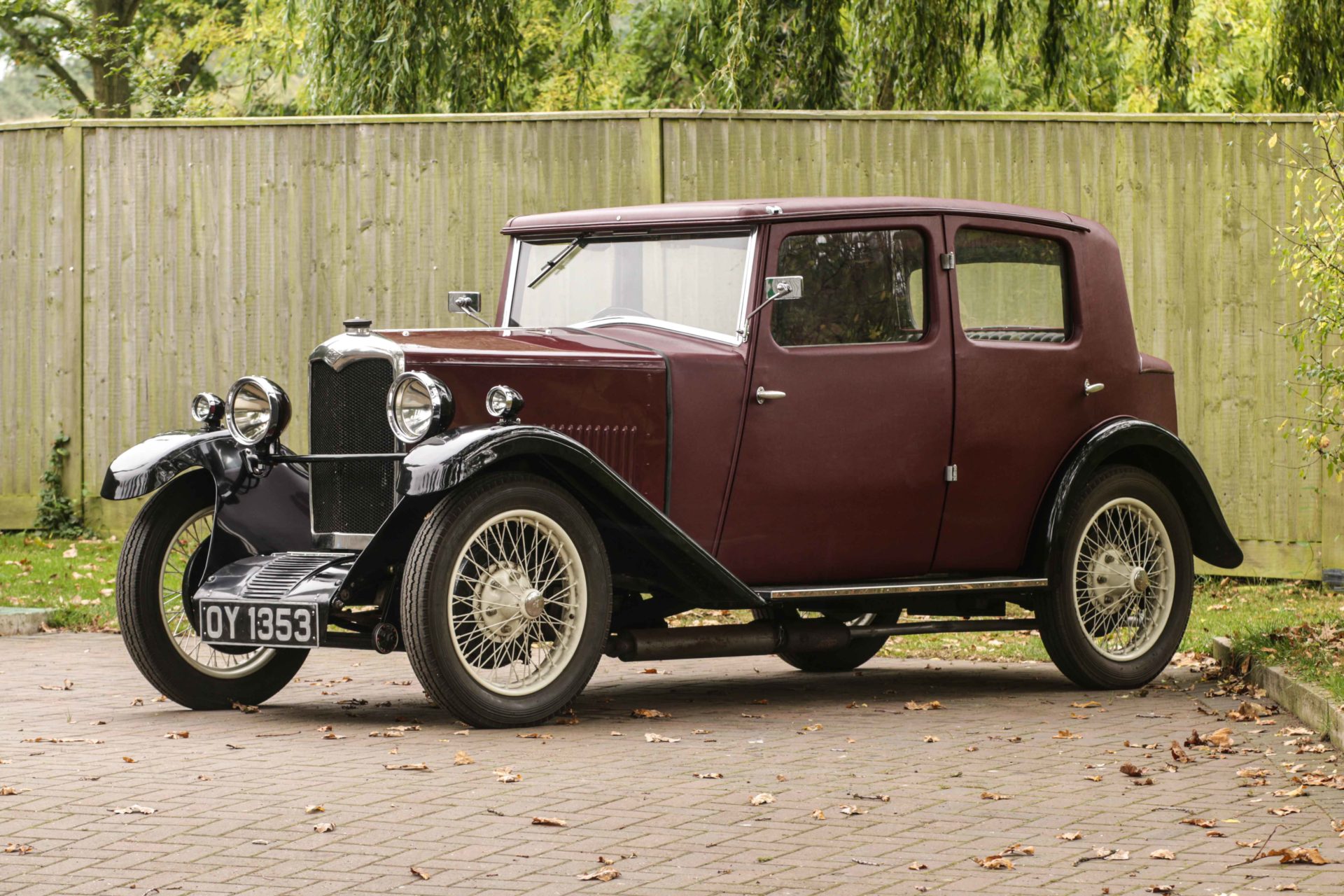 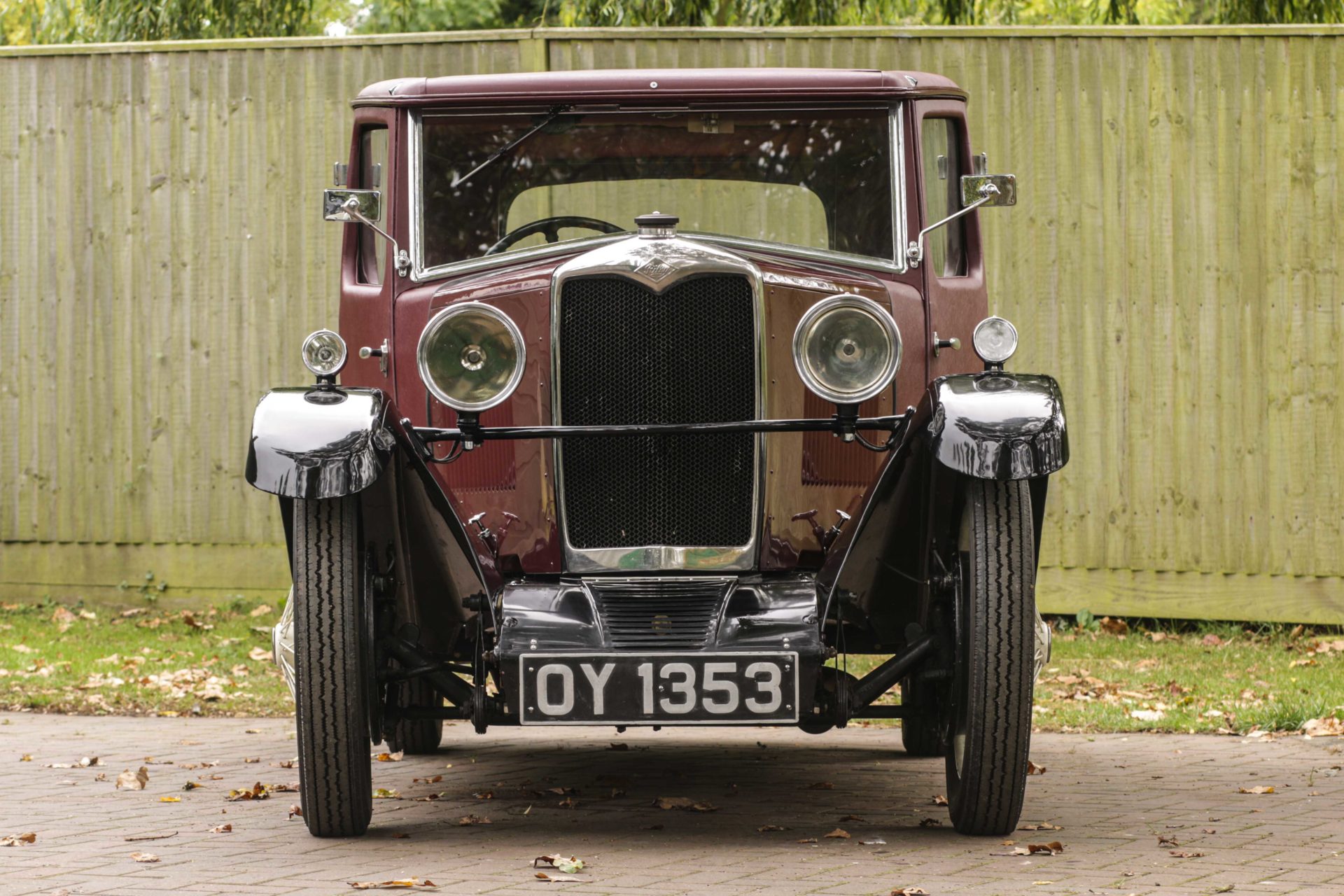 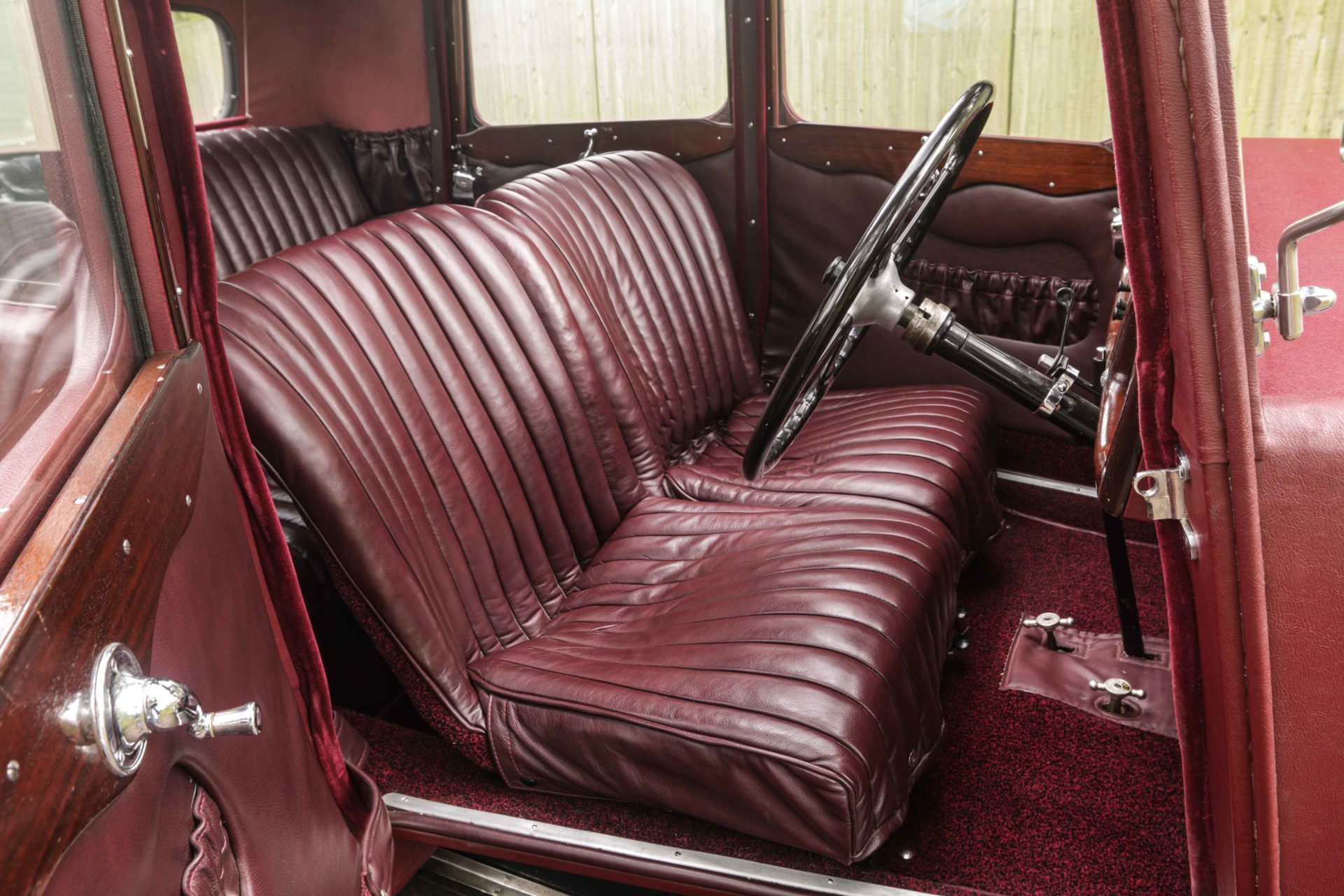 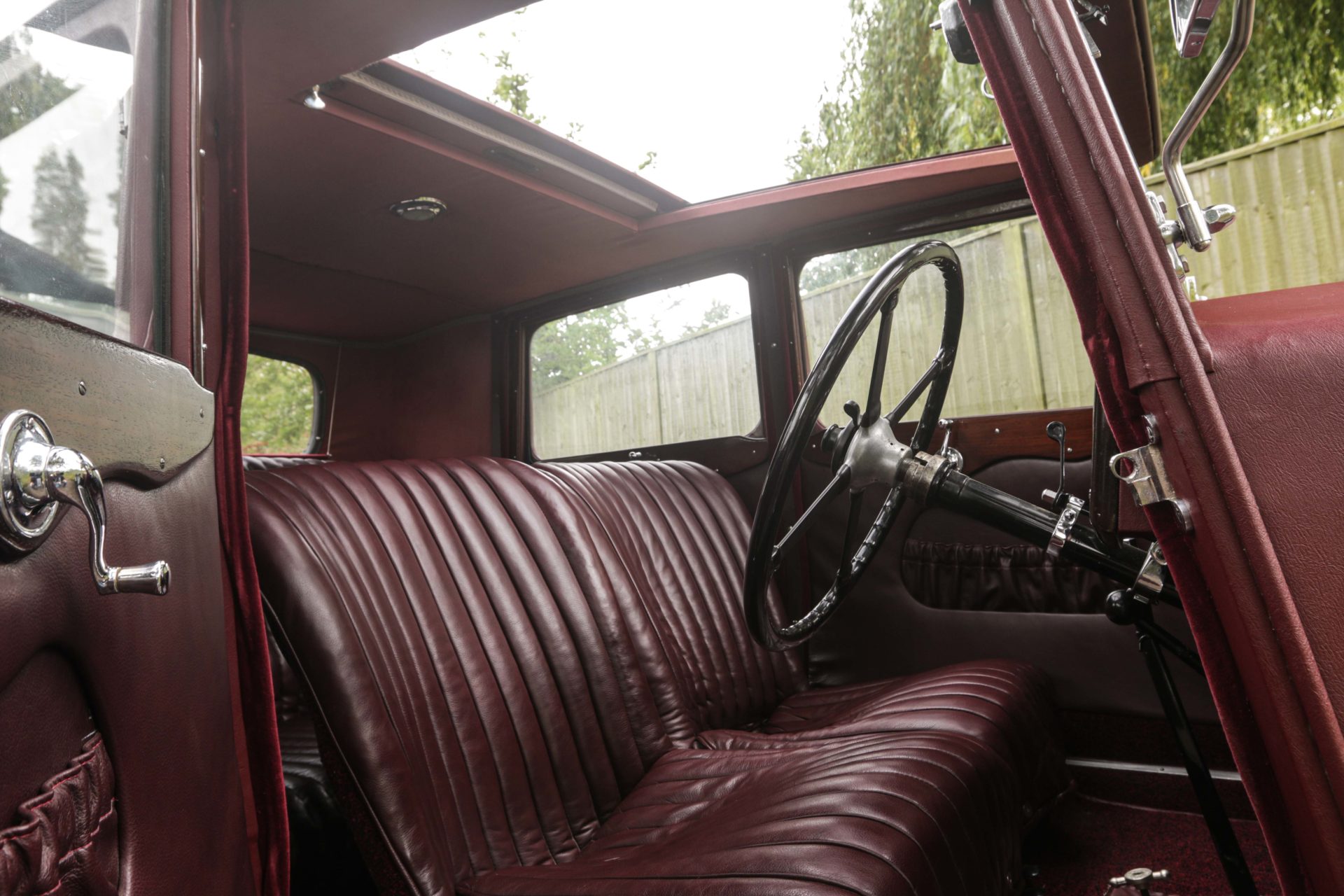 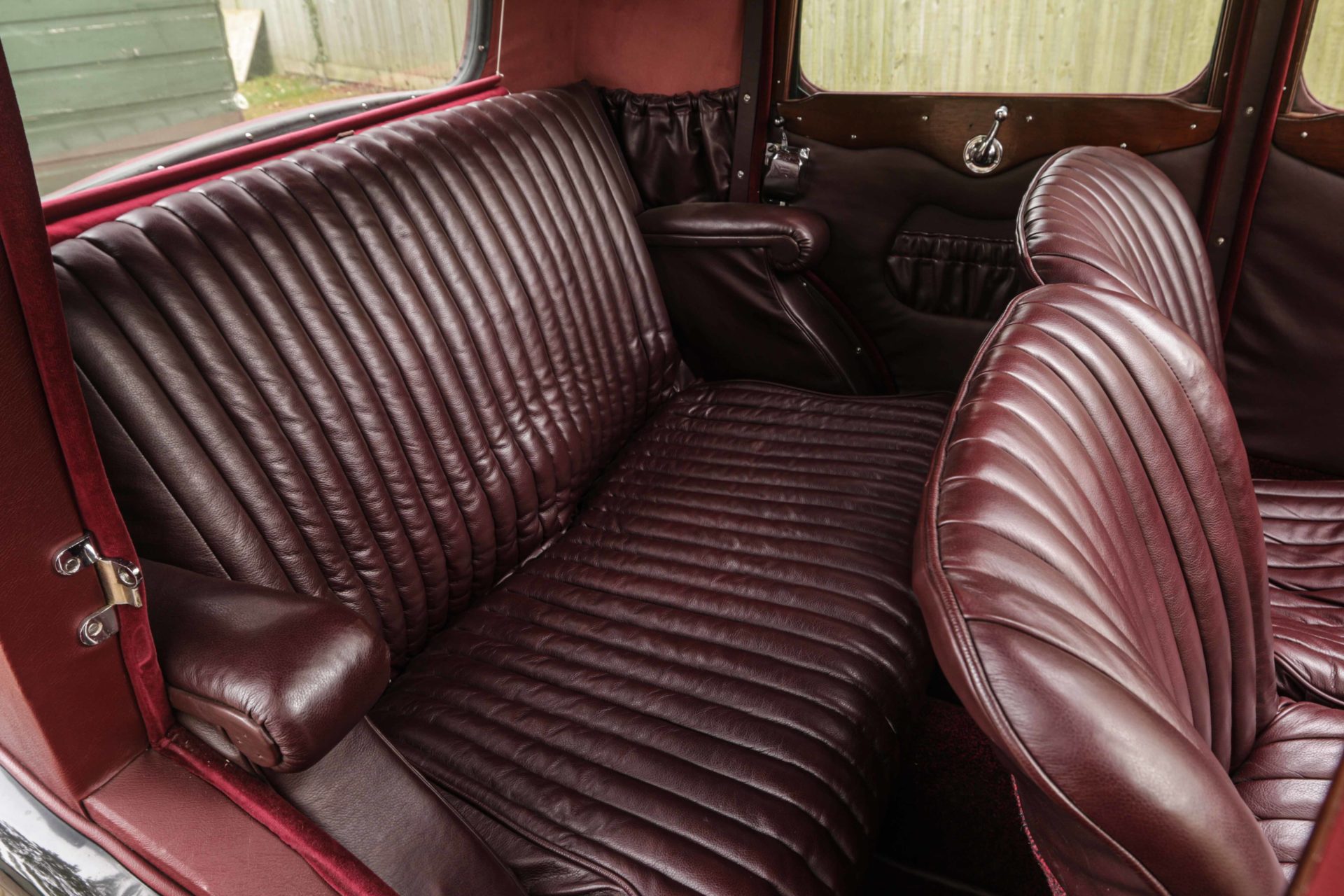 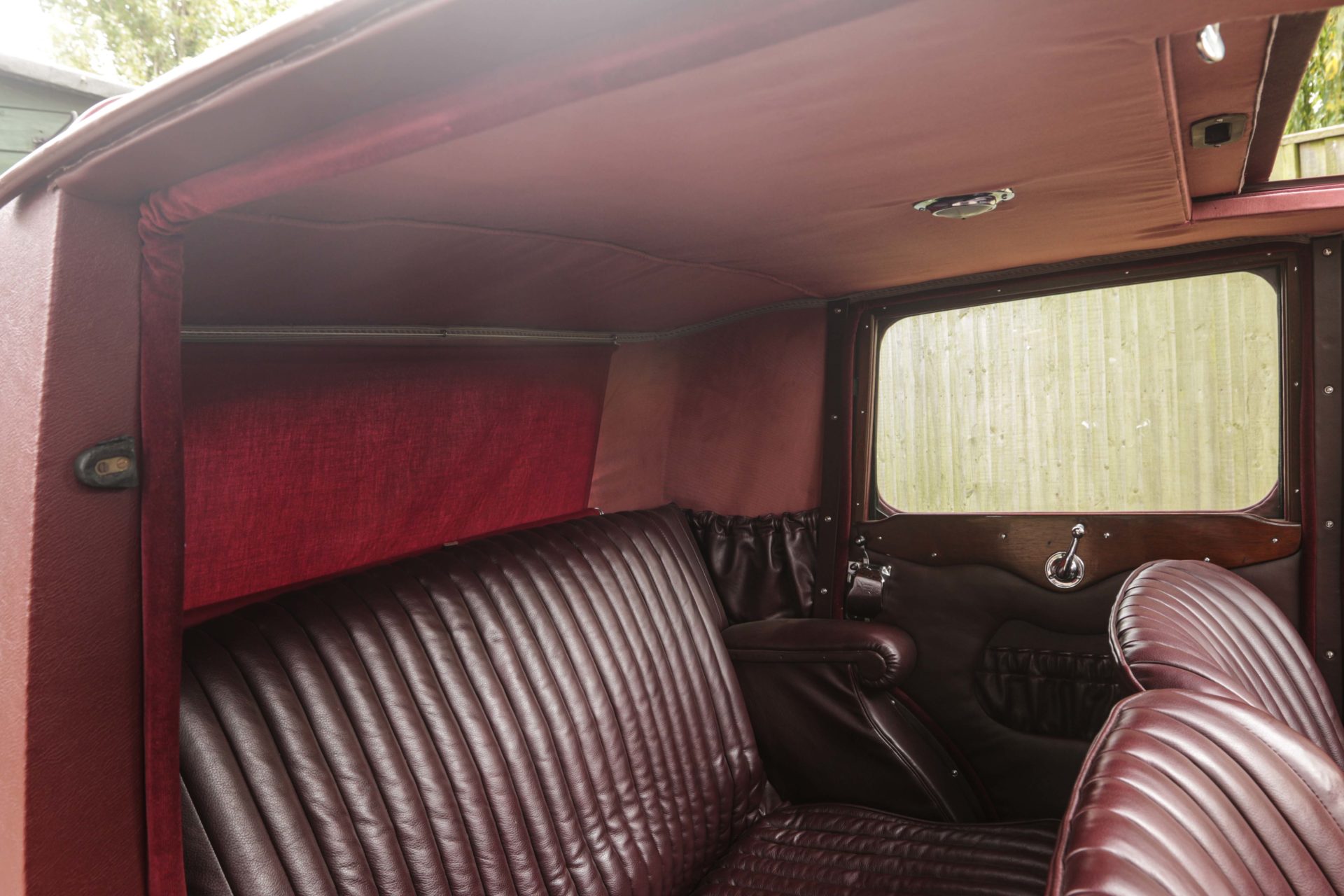 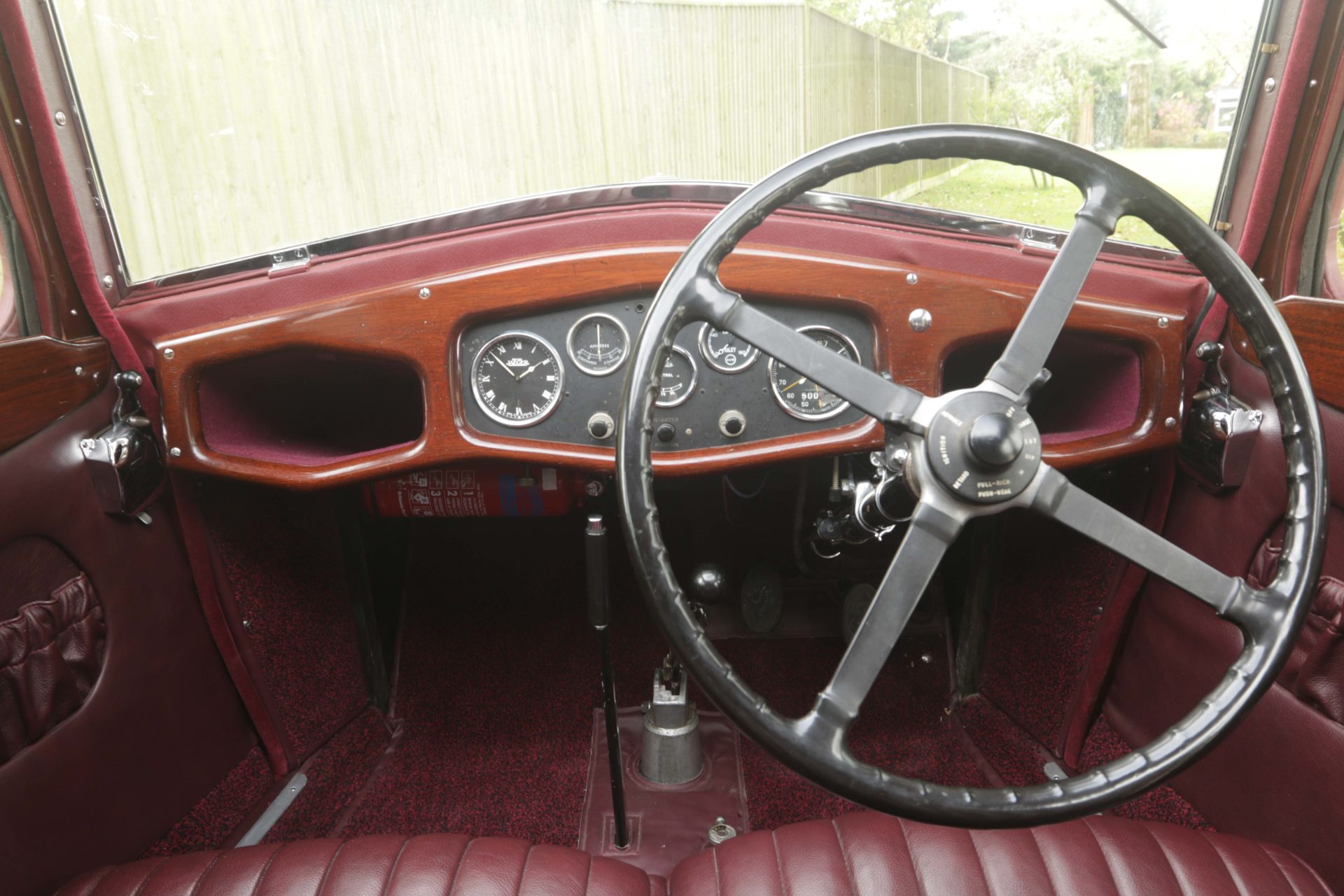 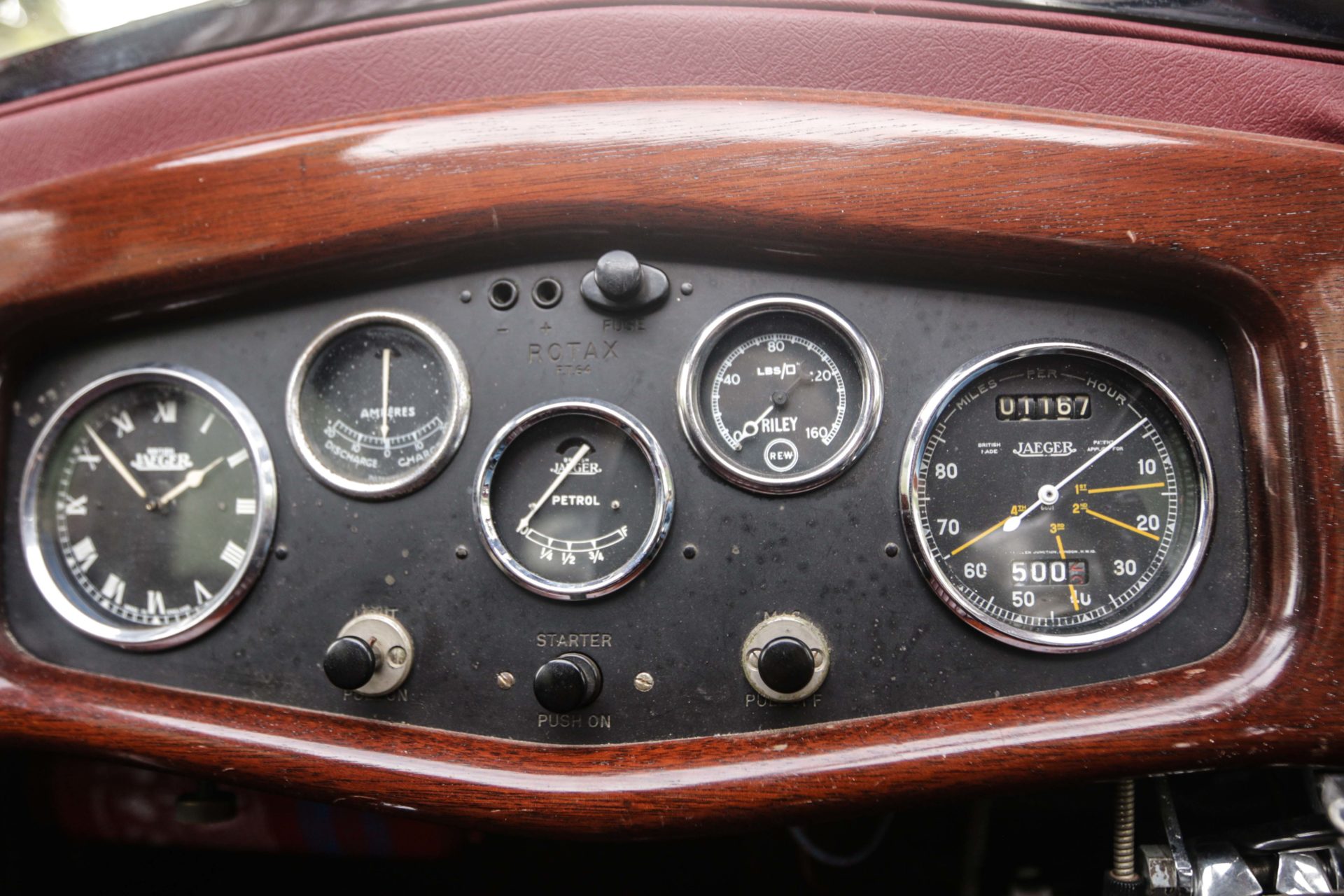 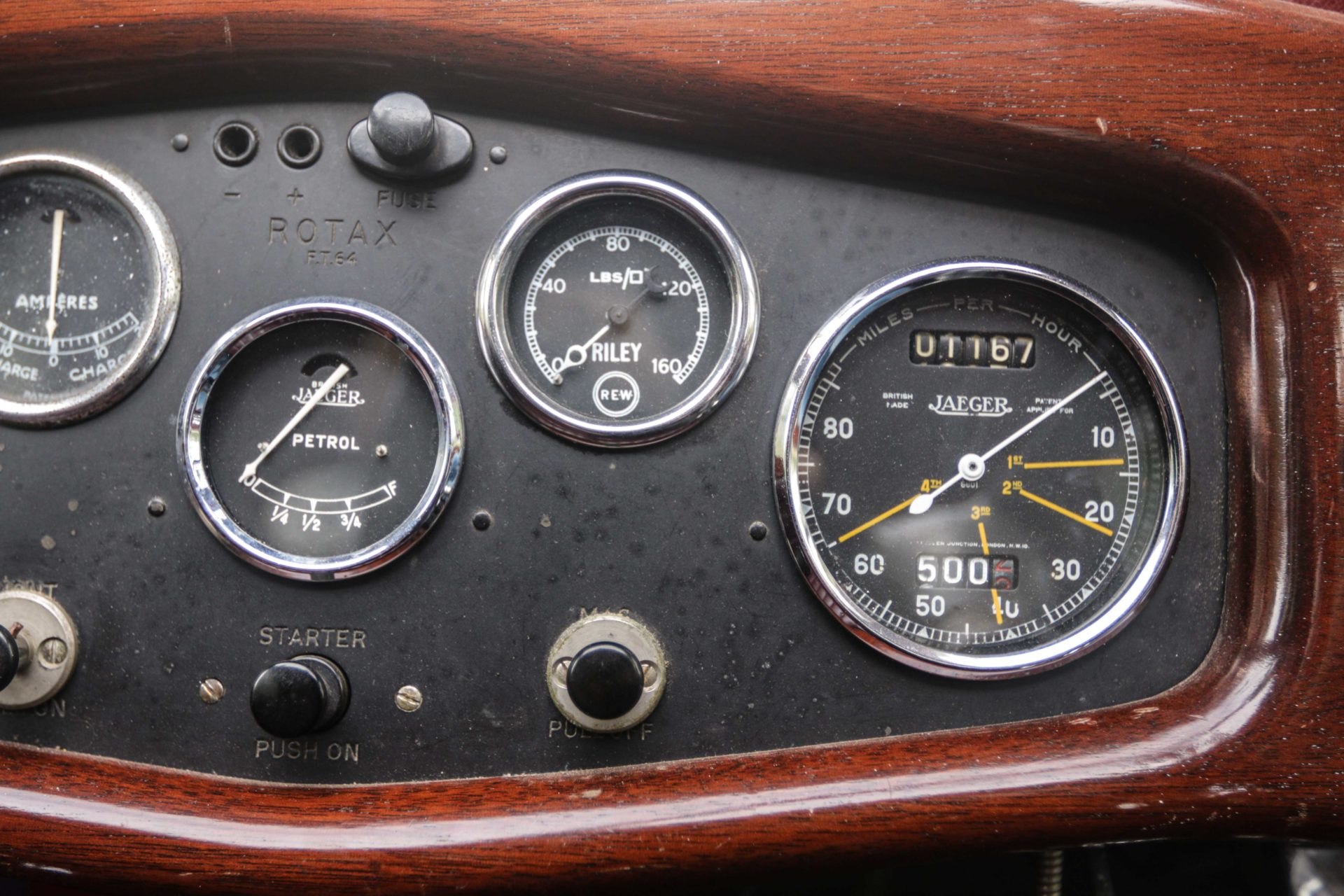 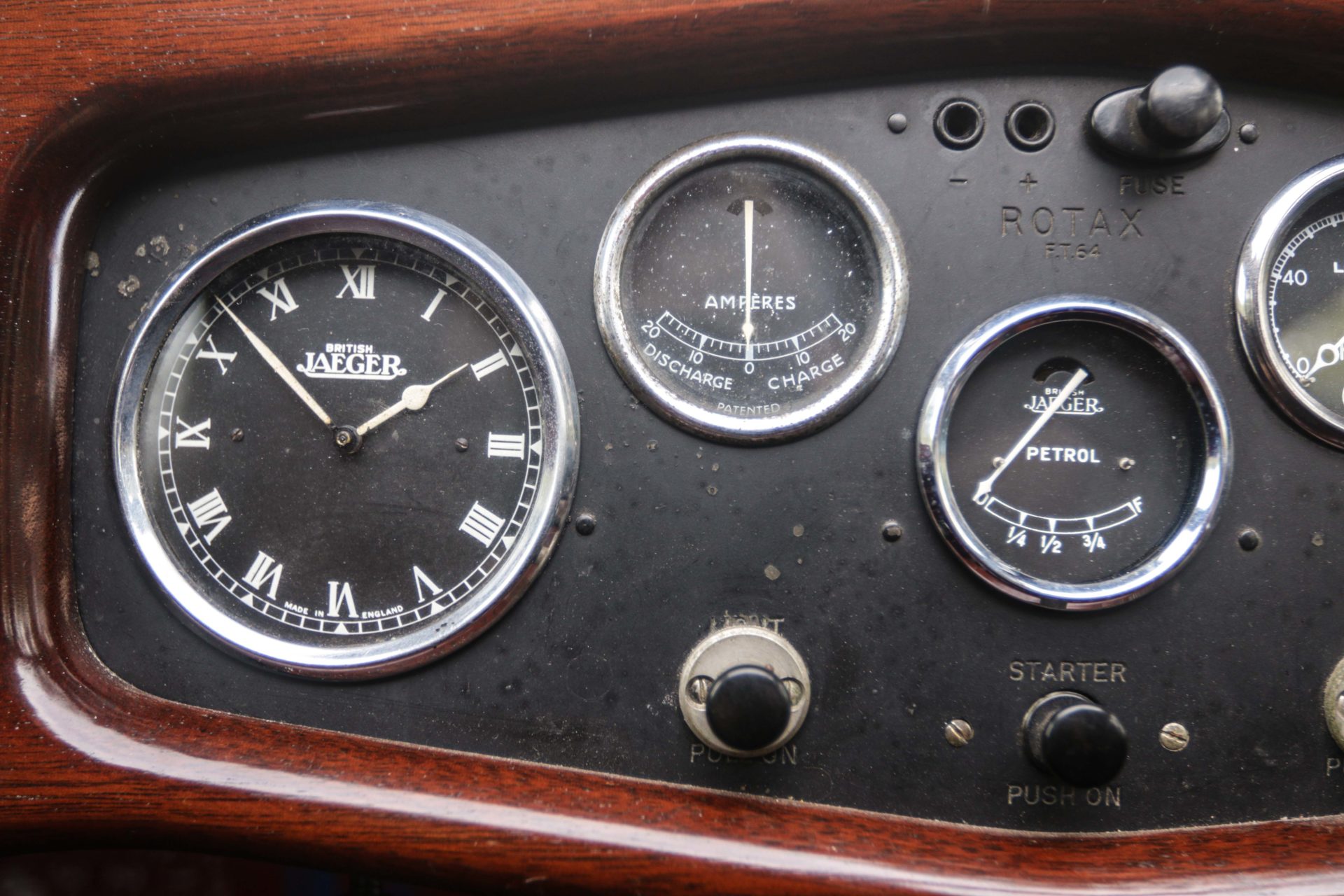 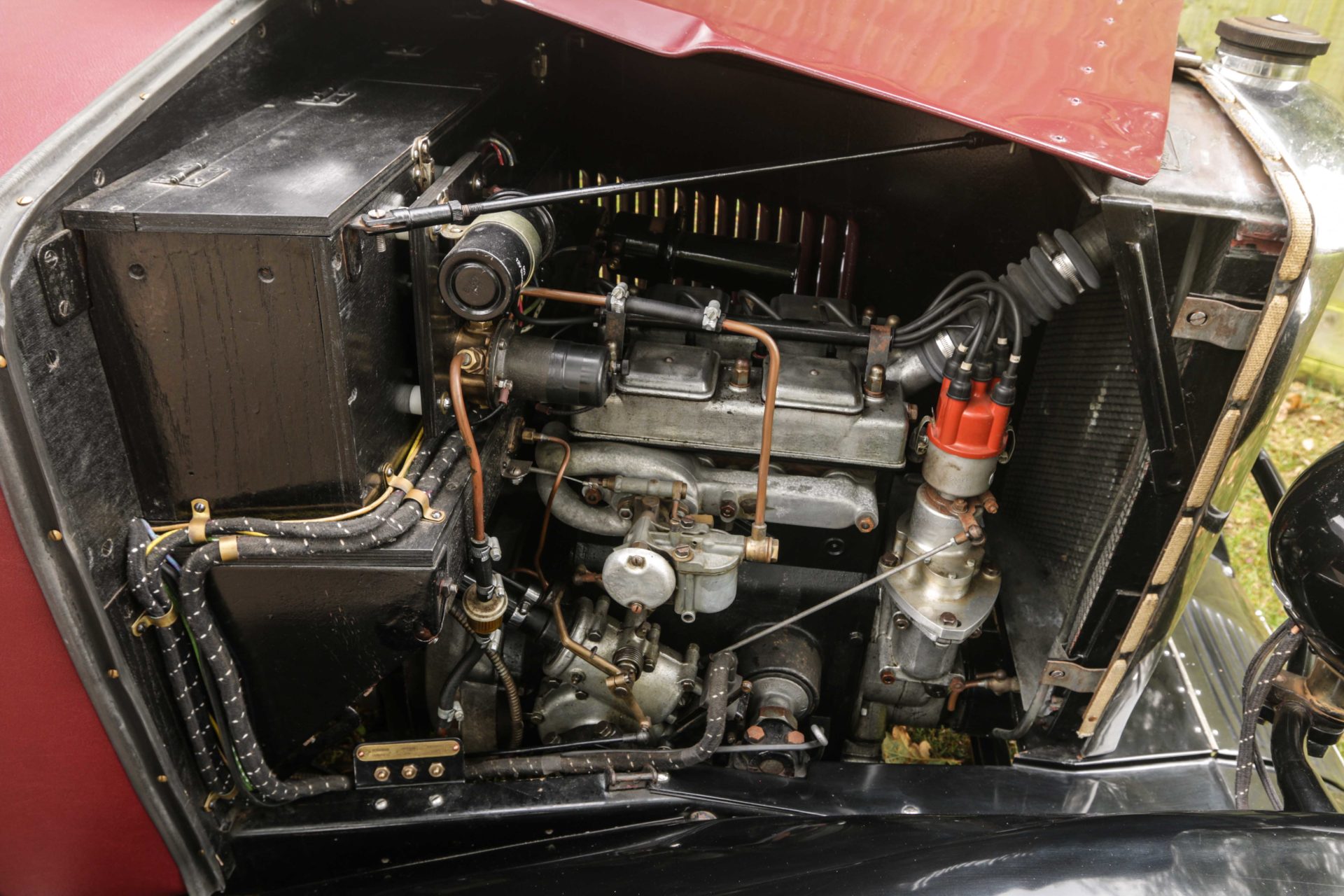 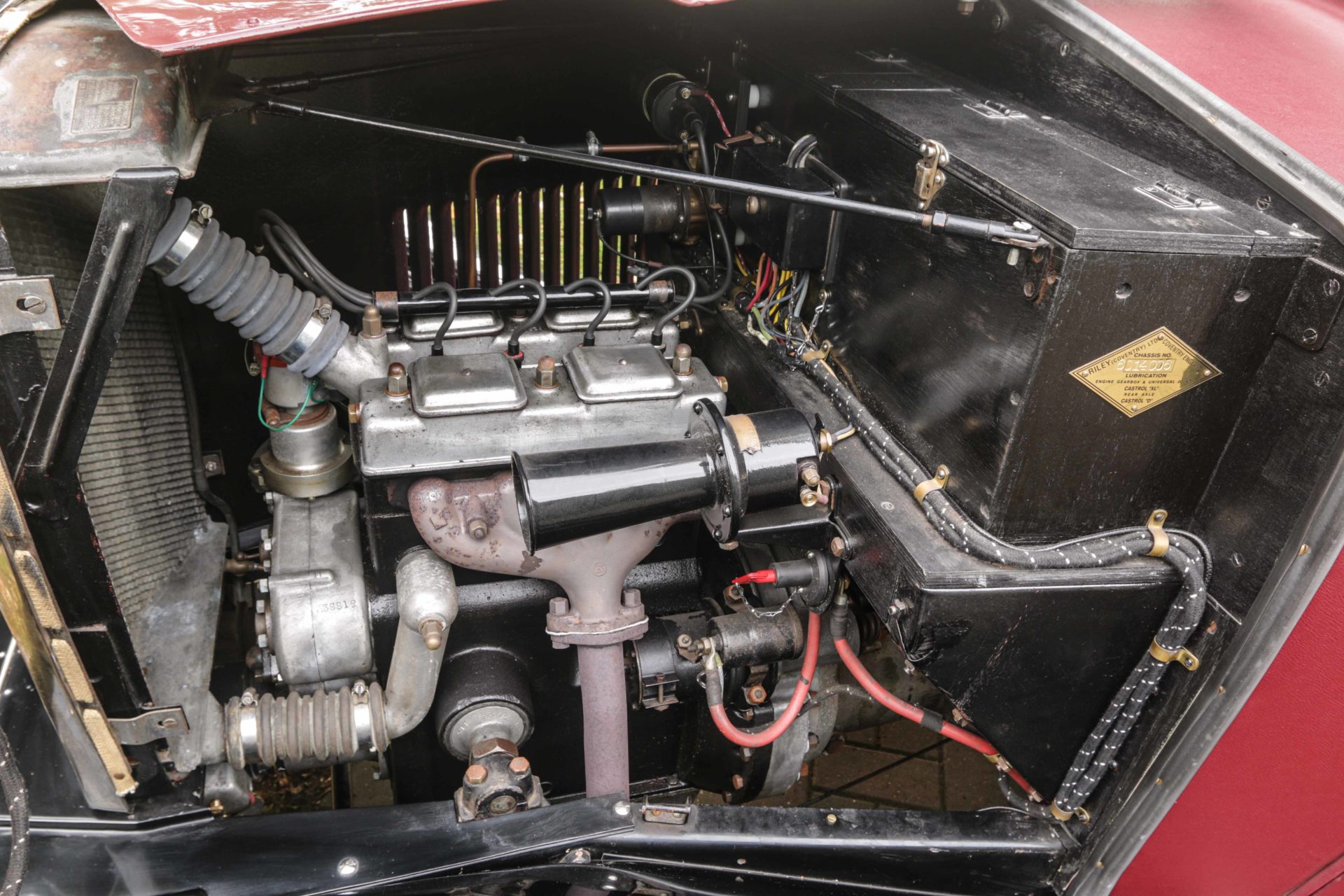 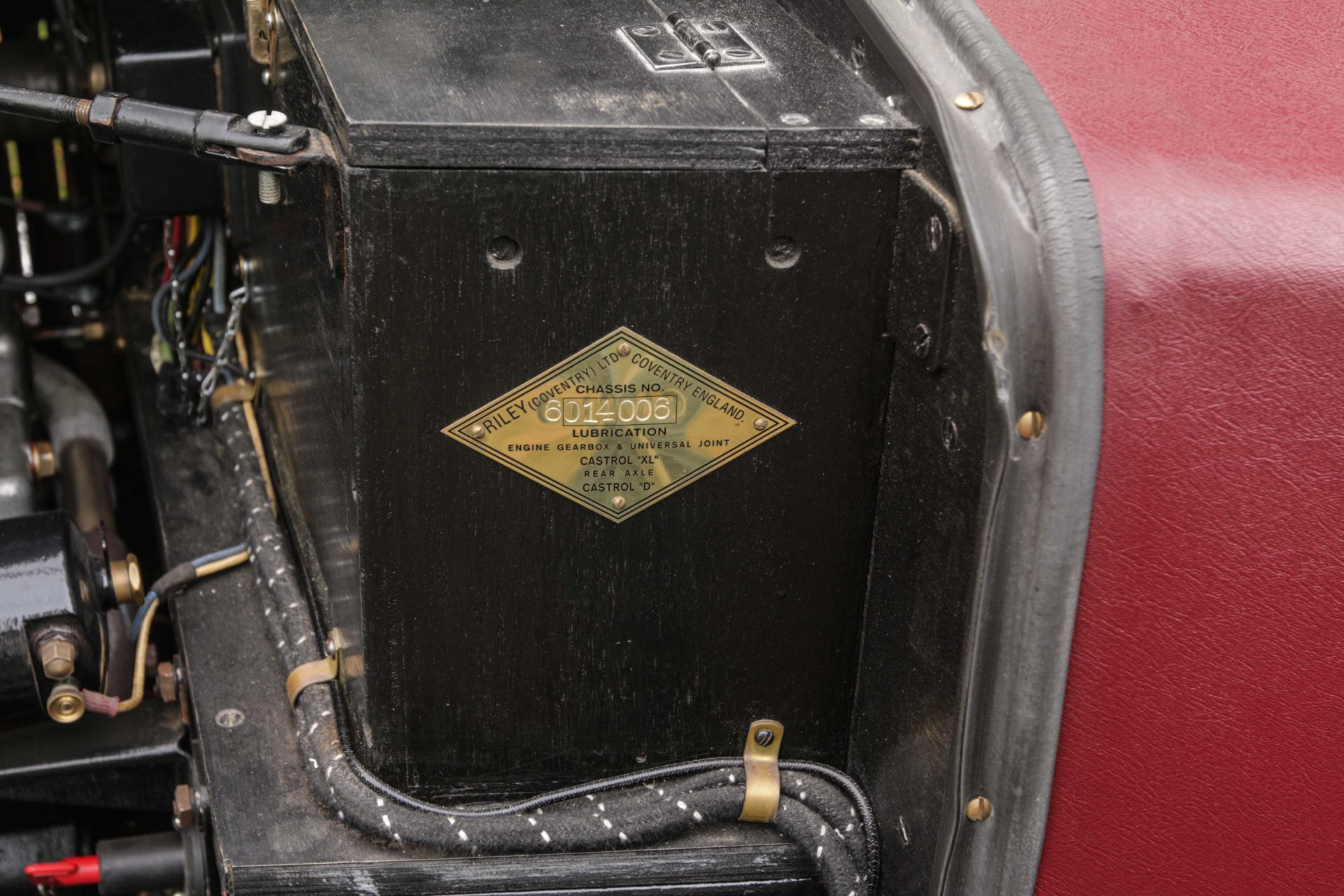 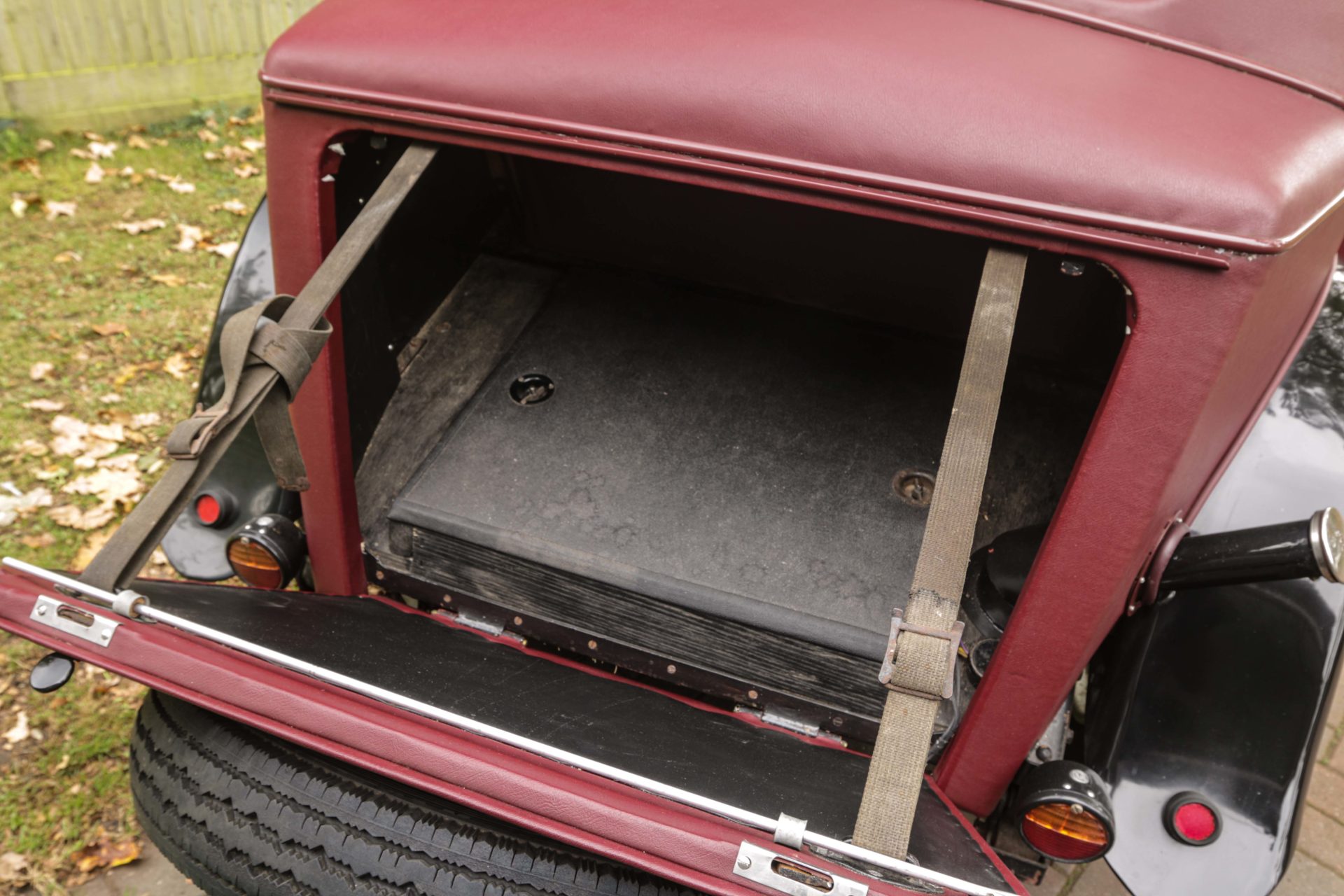 An opportunity to acquire a Riley 9 Monaco ‘Plus’ in excellent condition and good running order. The ‘Plus’ was produced in 1930/31, replacing  and improving on the original Monaco body that unveiled the Riley ‘9’ in 1926.

Late ’20’s’ and 1931 Riley bodies were built using Weymann construction. The ash frame was jointed with 1/8 inch thick steel plates and countersunk screws and the body was finished in a ‘waterproof’ fabric over varying underlayers. This provided a flexible body to withstand road surface condition at the time.

This car was dismantled for restoration in the mid 1960’s by a previous owner and the engine was rebuilt around 1968 but not run in. Reconstruction of the body was started by a subsequent owner and was completed by the present owner approximately 6 years ago. The rebuilt engine is running well and almost run in! The front brakes have just had new (original type) linings fitted. The car will cruise at 45 to 50 mph with a current top speed of about 55 mph.

The car is offered for sale complete with starting handle, wheel nut brace and jack plus boot lid opening key and driver’s door key. The car is fitted with a Zenith carburettor in place of the original Solex. A linkage forming part of the Solex throttle assembly is stored in the bulkhead tool box.

As far as possible the original details of bodywork have been retained or copied. Most of the body has been replaced with new ash timber with good original retained. New front and rear wings were commissioned and fitted. New safety glass has been fitted all round – laminated in the windscreen and toughened in the doors an rear window. The exterior of the body is finished in Everflex to give maximum weatherproofing, with the underlay material repeating the original datils. The interior headlining is an exact copy of the original; the patterned tape was specially commissioned to match original. Wings, bonnet and lamps etc are finished with cellulose paint. (The car colour was changed from green to red, mainly because the original green carpet was not available)

Electrical wiring is all new incorporating brake lights (not fitted in 1931!) and indicator lights. Headlamps have twin filament tungsten halogen bulbs fitted. Extra fuses have been incorporated where practicable. The dynamo has been rebuilt to two brush operation, with a new regulator located on the driver’s side of the bulkhead. This will enable modern sealed batteries to be safely fitted. The battery is located under the rear nearside seat. The seat is hinged and can be held ‘open’ with the mounted steel rod. The car was originally supplied with twin 6 volt batteries; the offside battery cradle has been modified to contain a spare 1 gallon petrol can.

The petrol tank is new, made of tinned steel, all as original details but incorporating an electrical sender unit to the petrol gauge. A dipstick is mounted in the boot lid for those who don’t rely on the gauge!