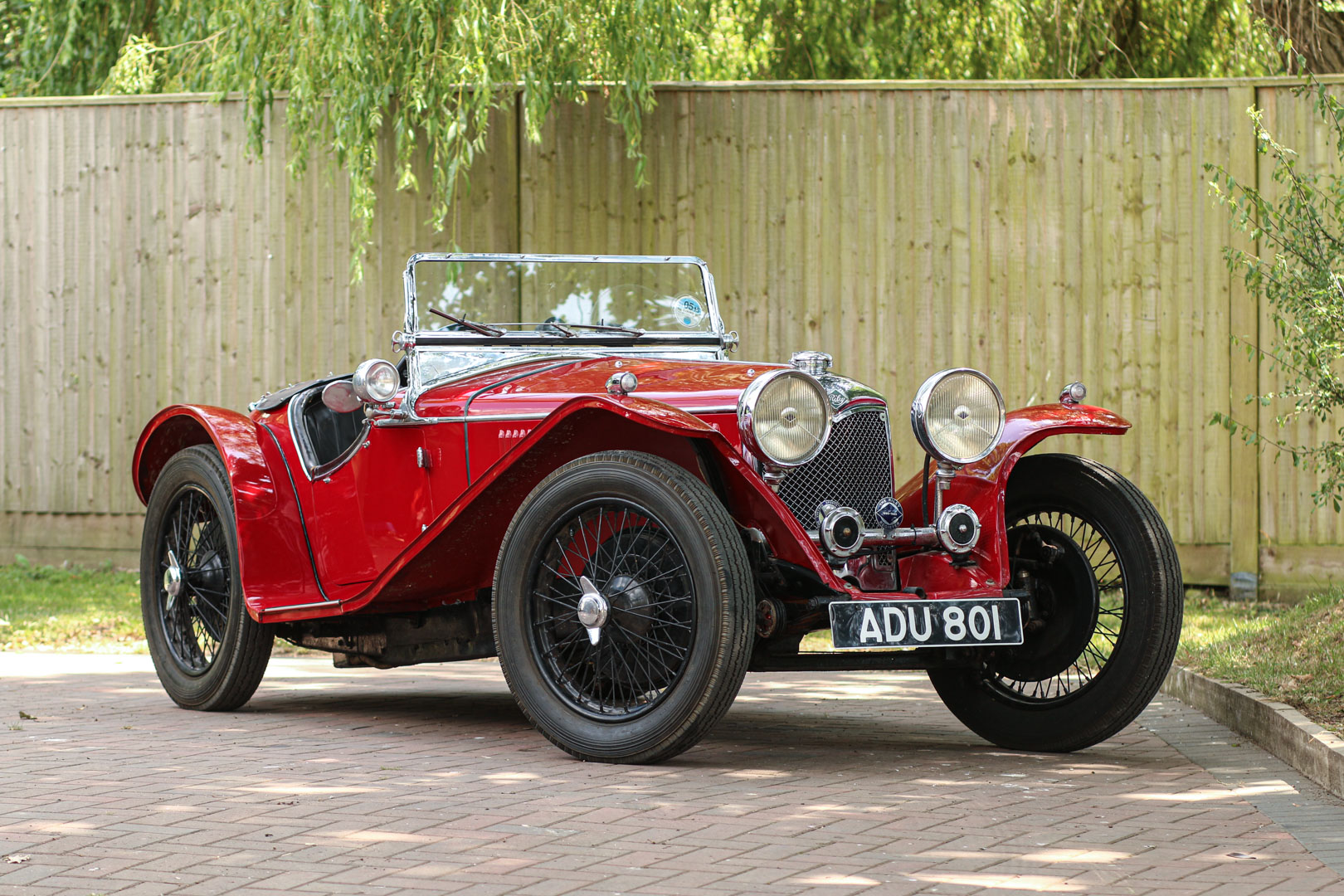 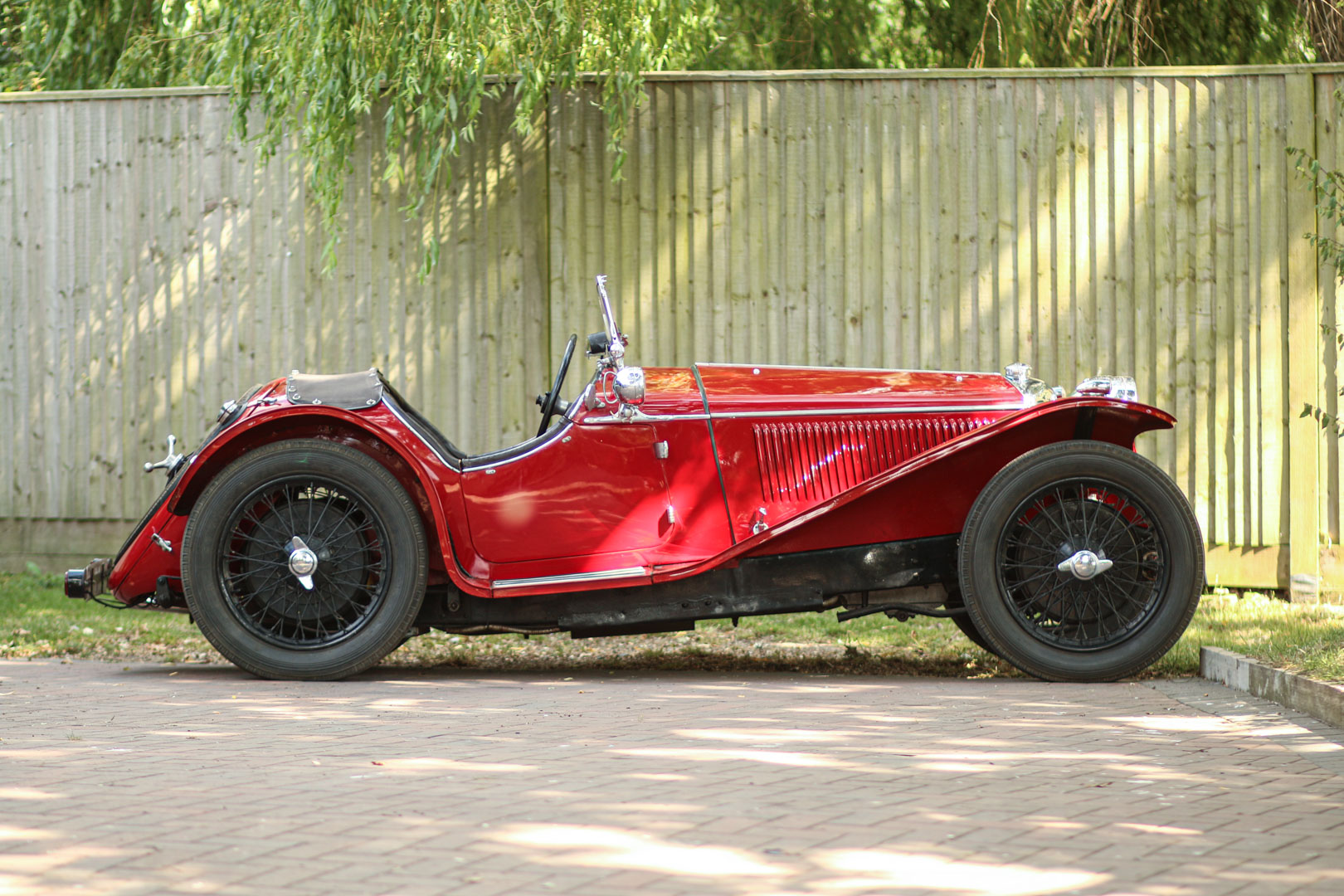 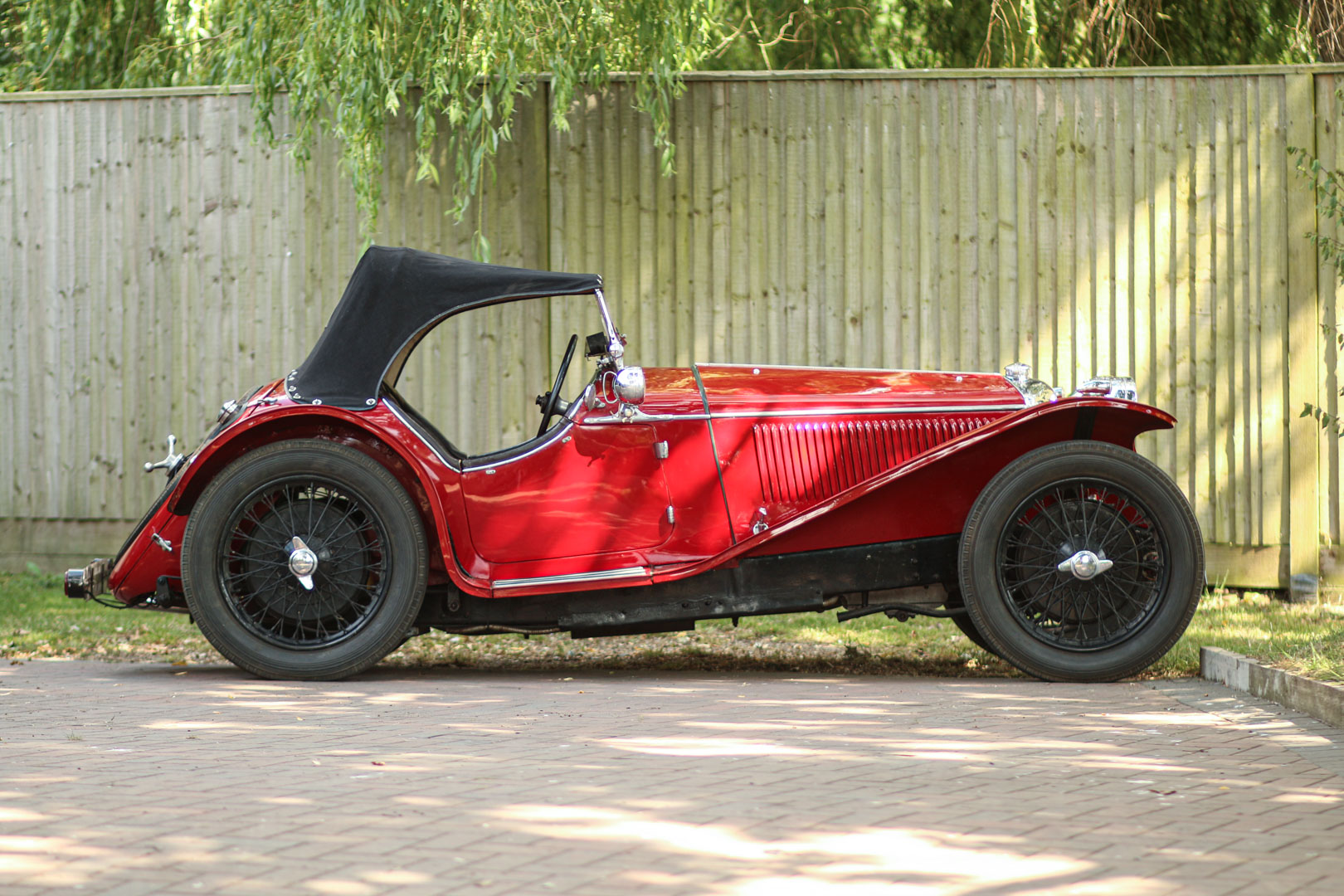 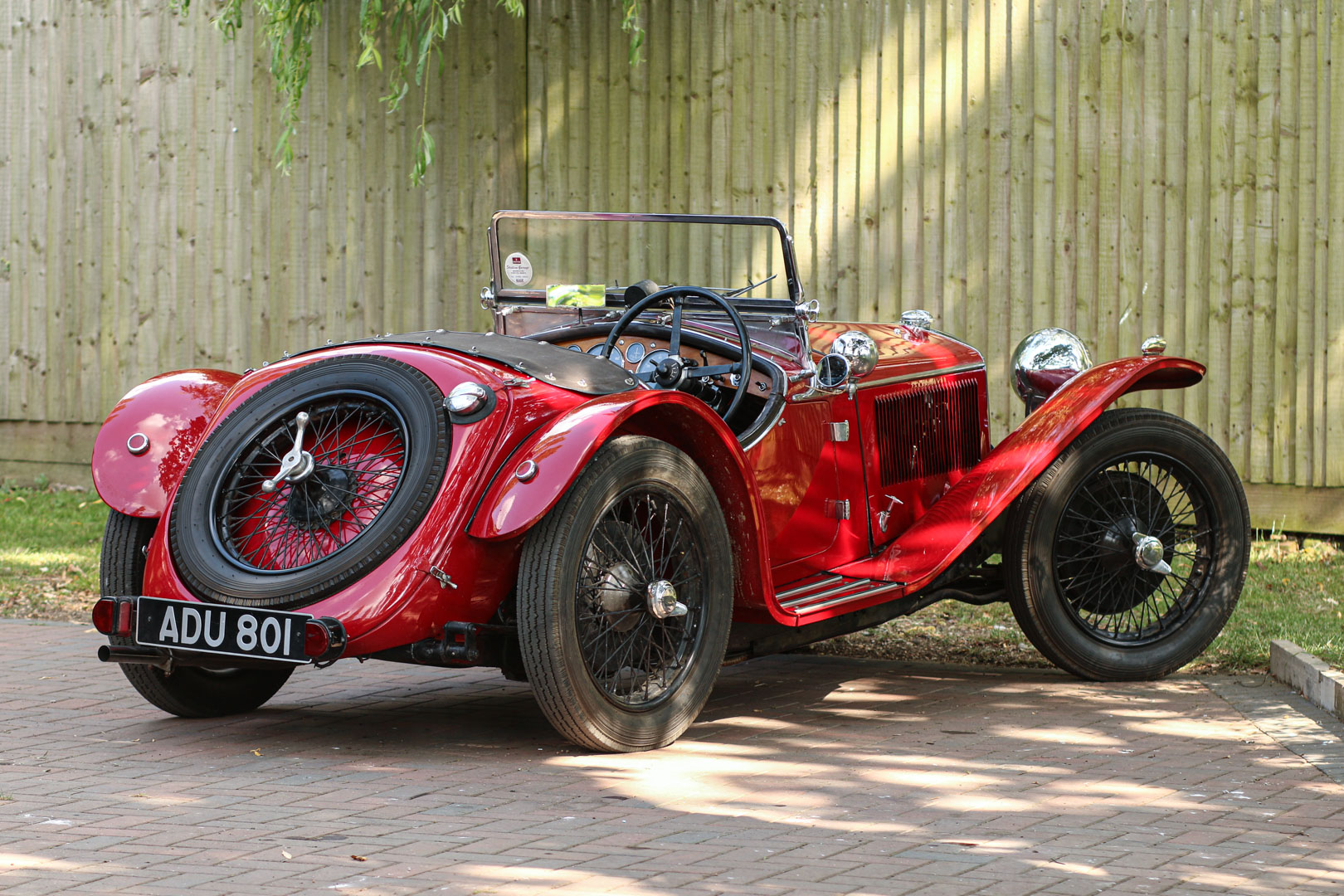 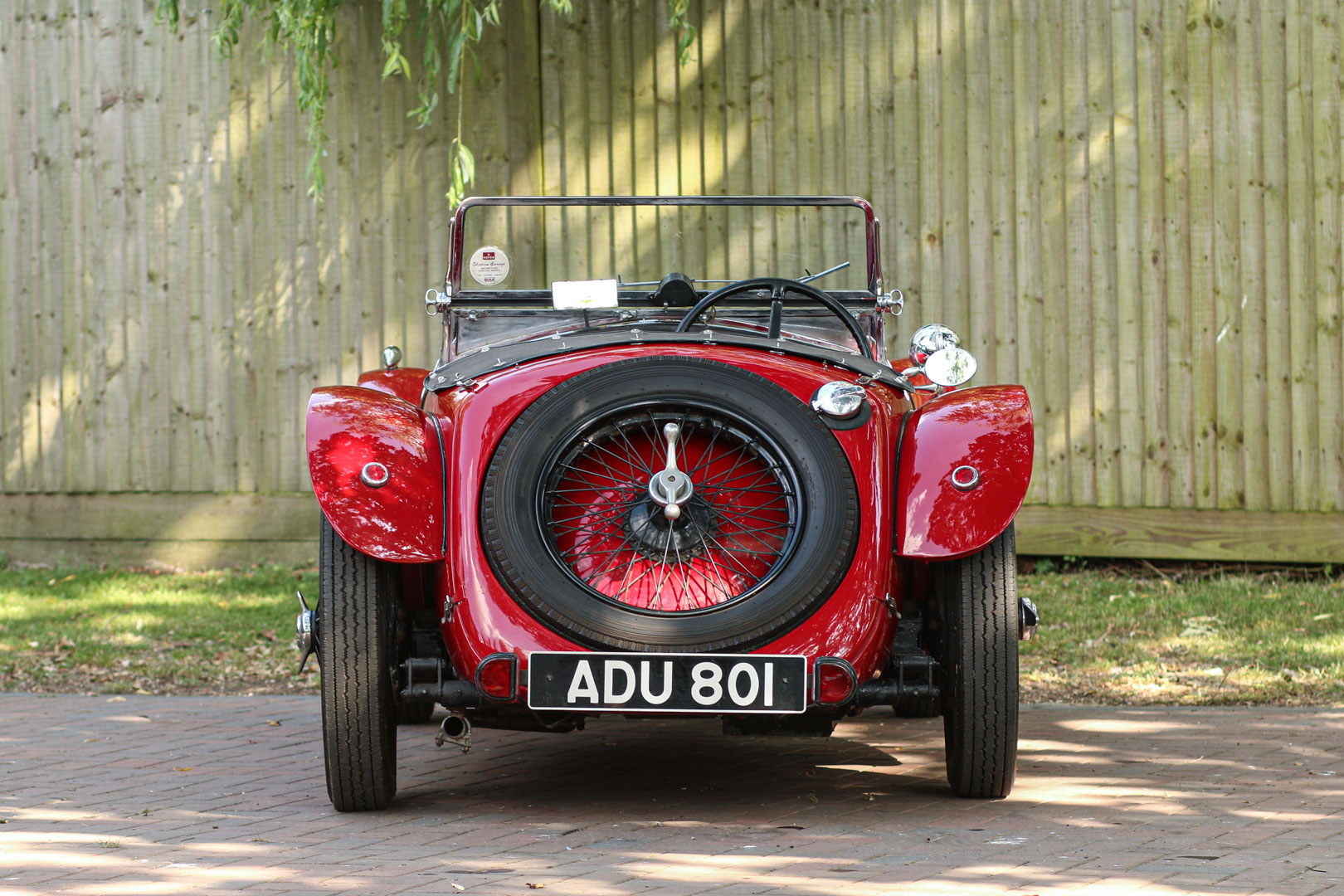 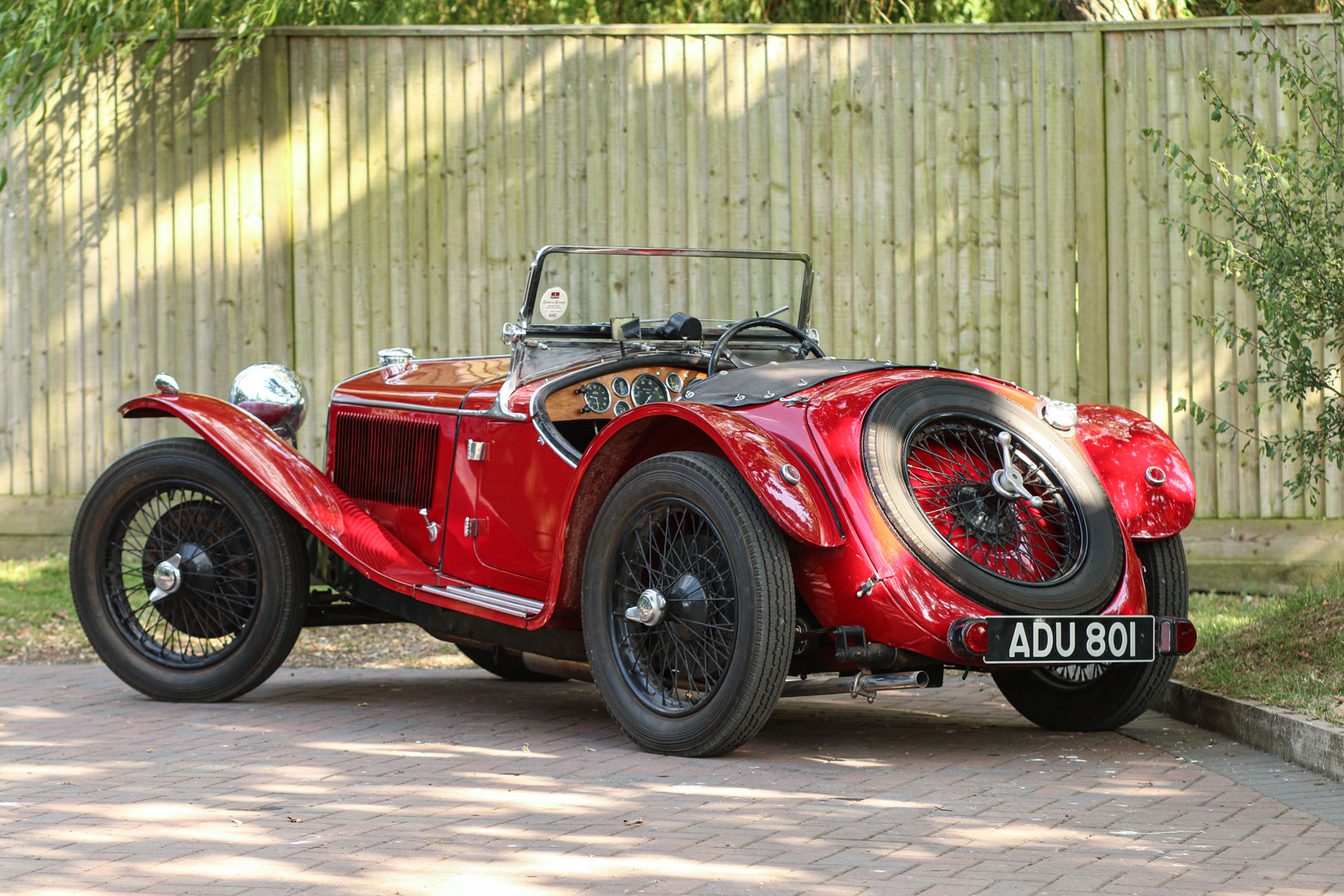 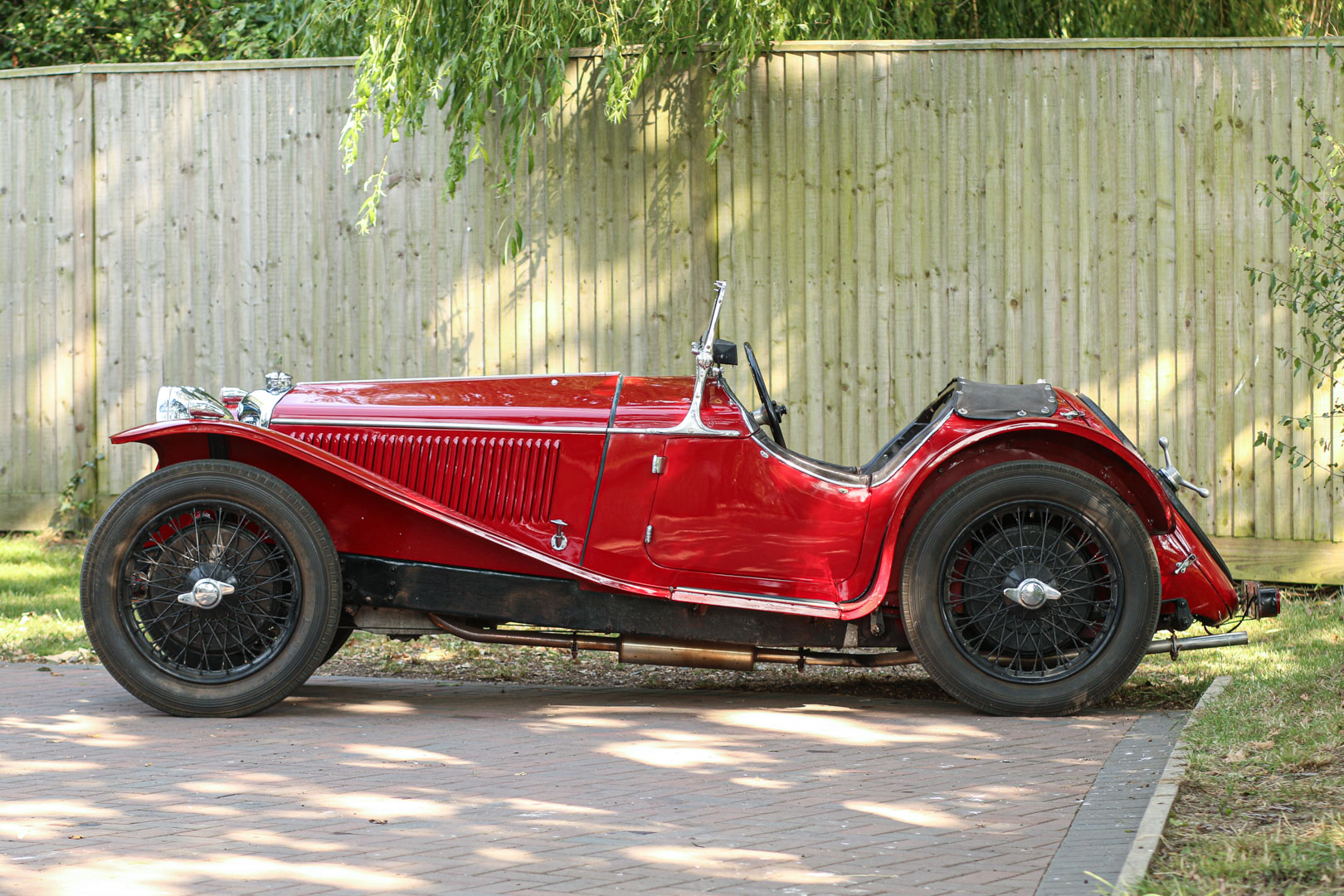 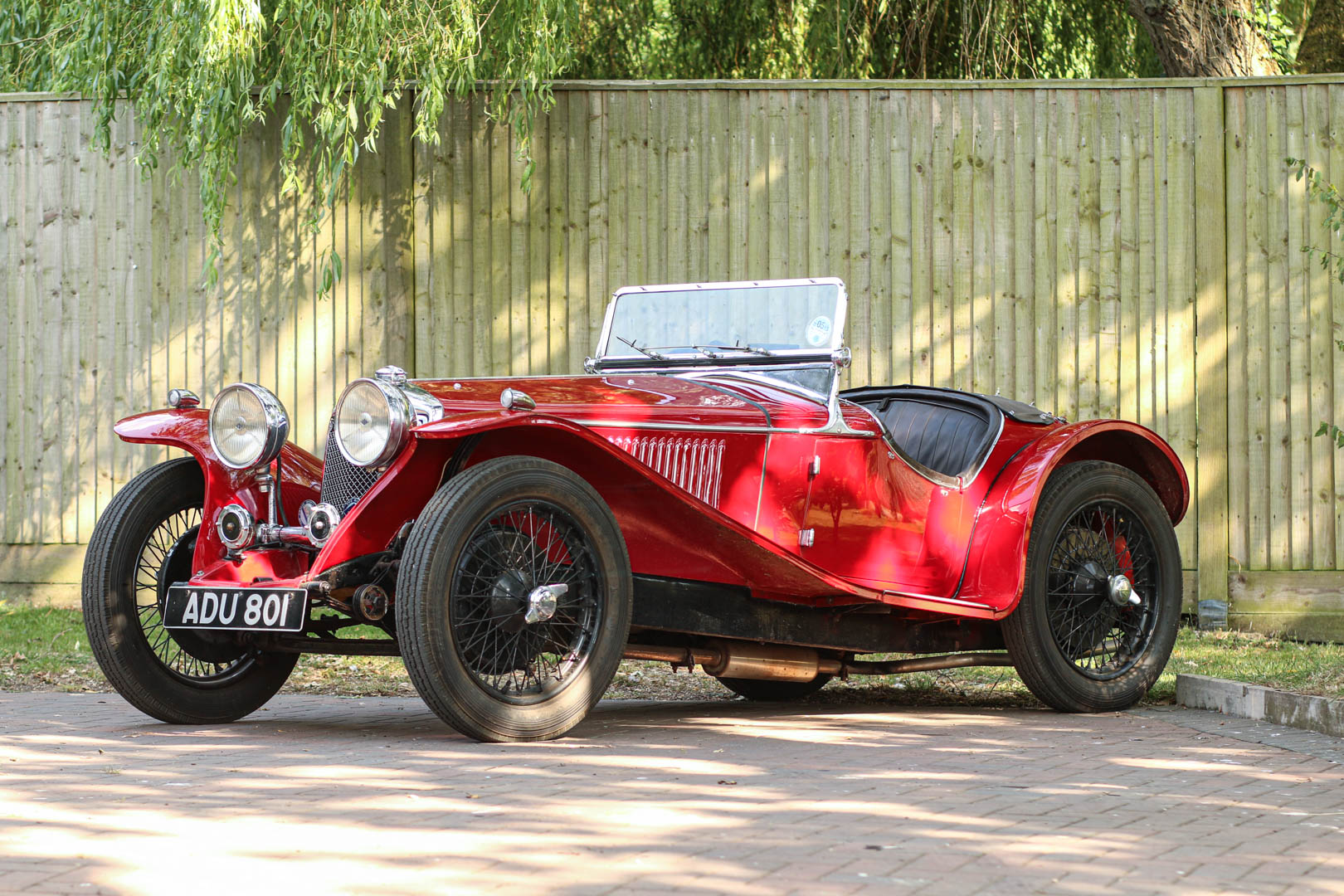 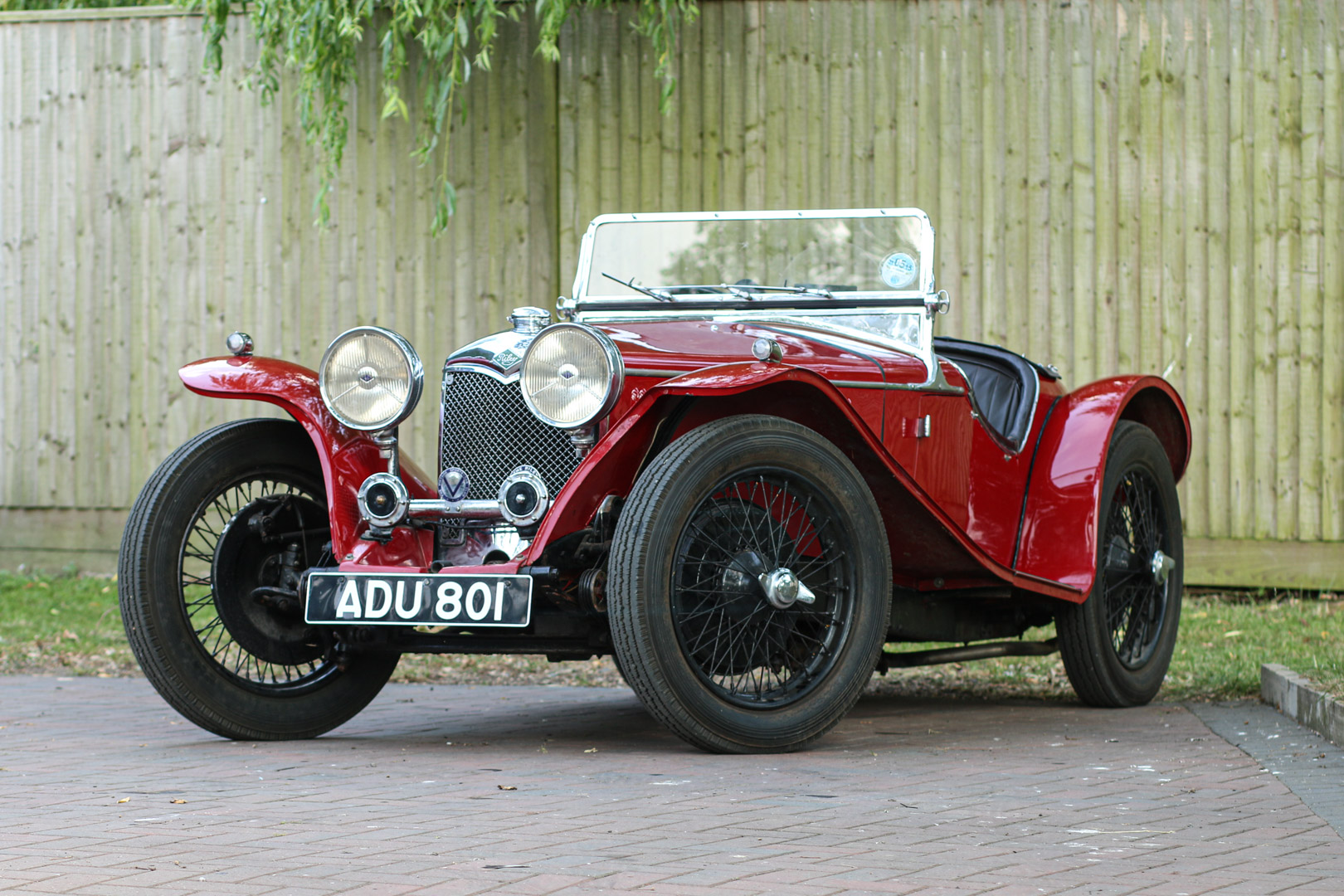 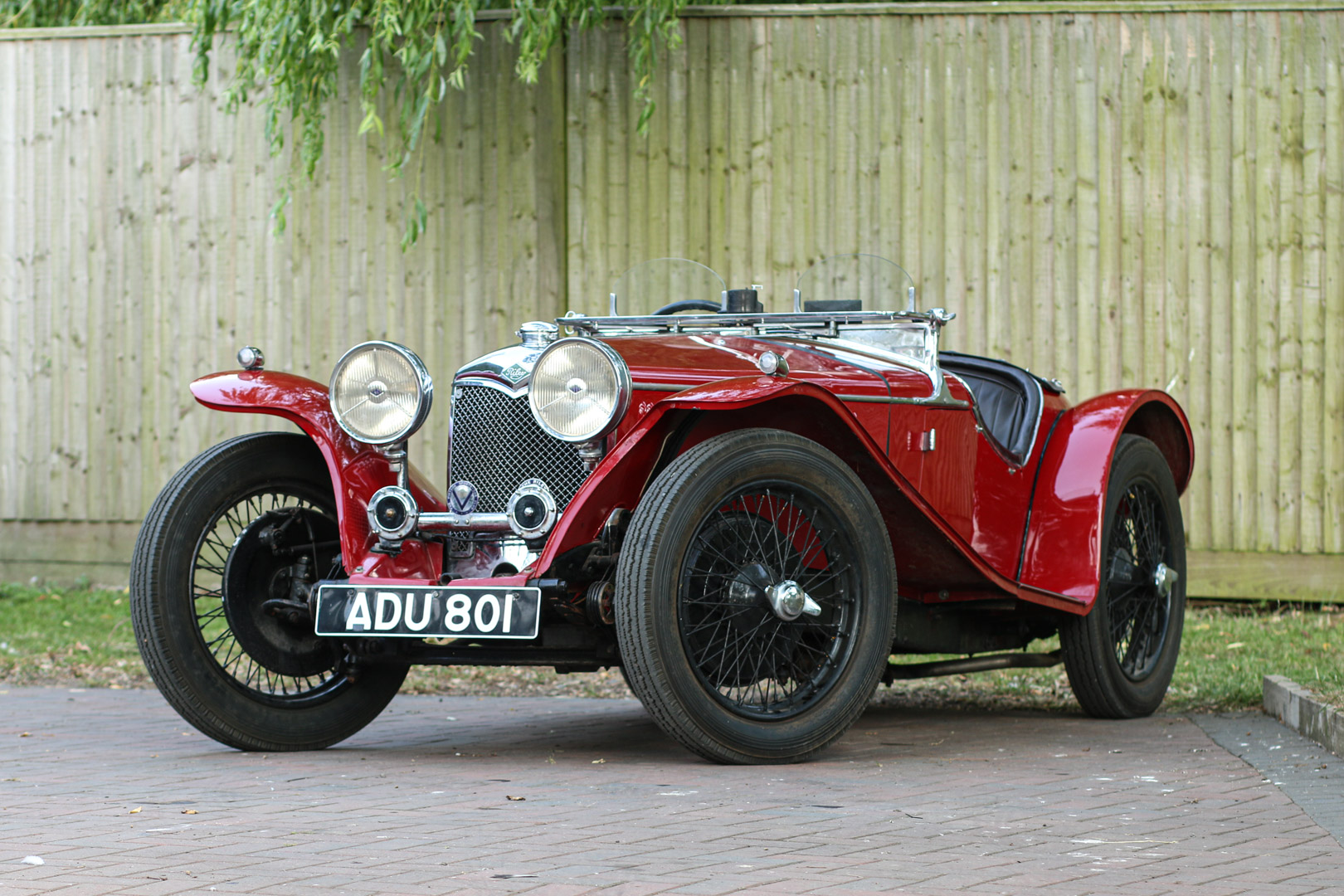 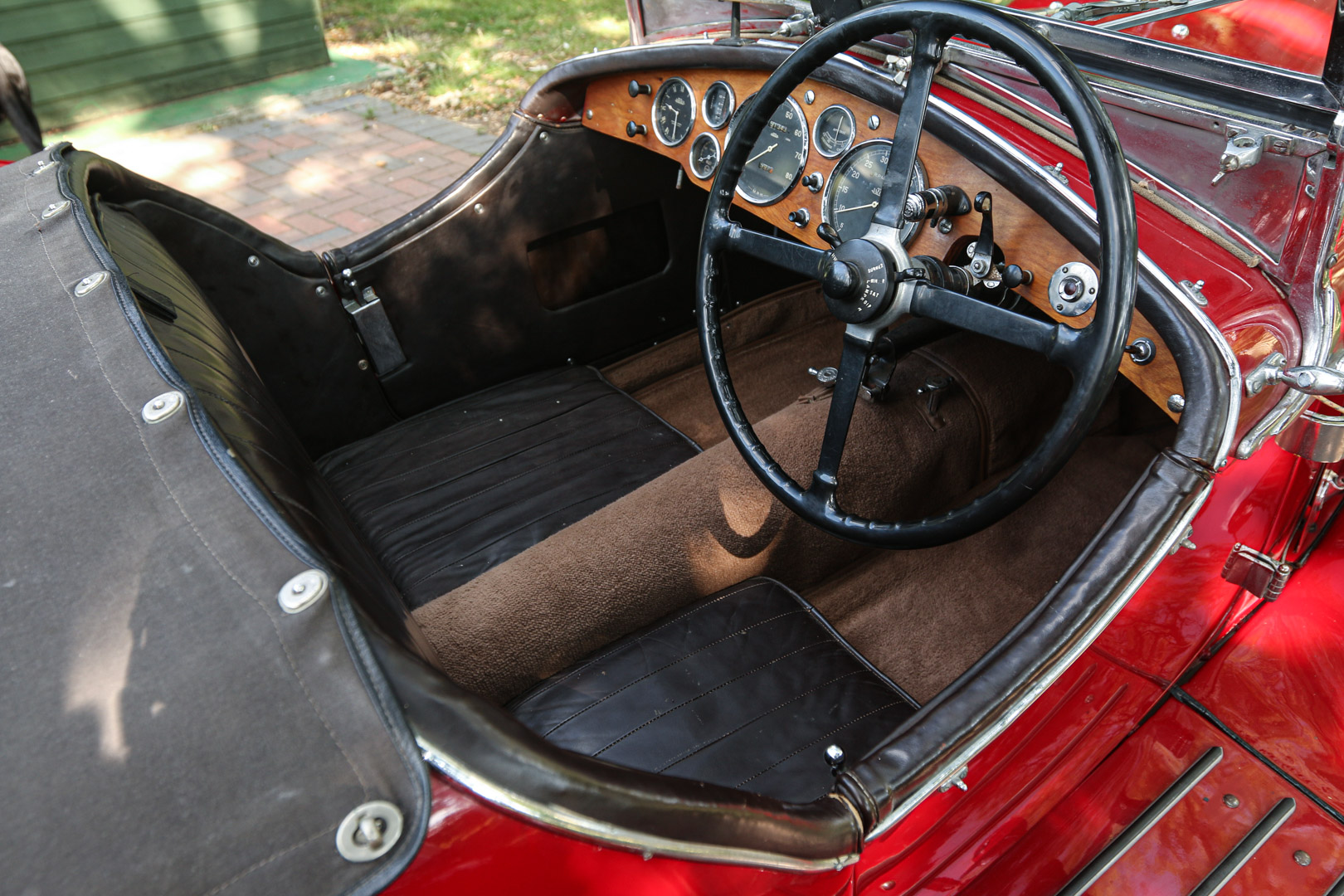 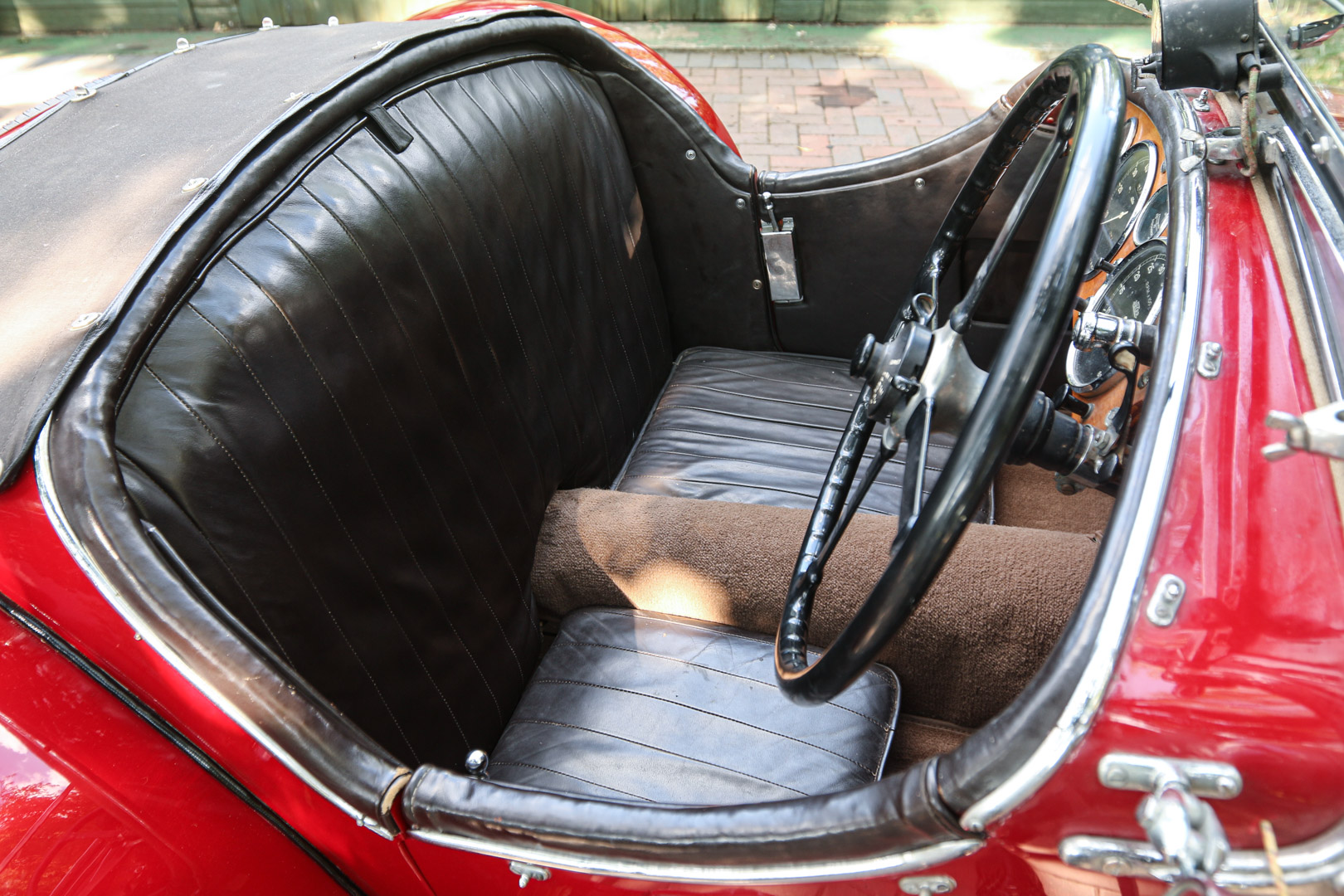 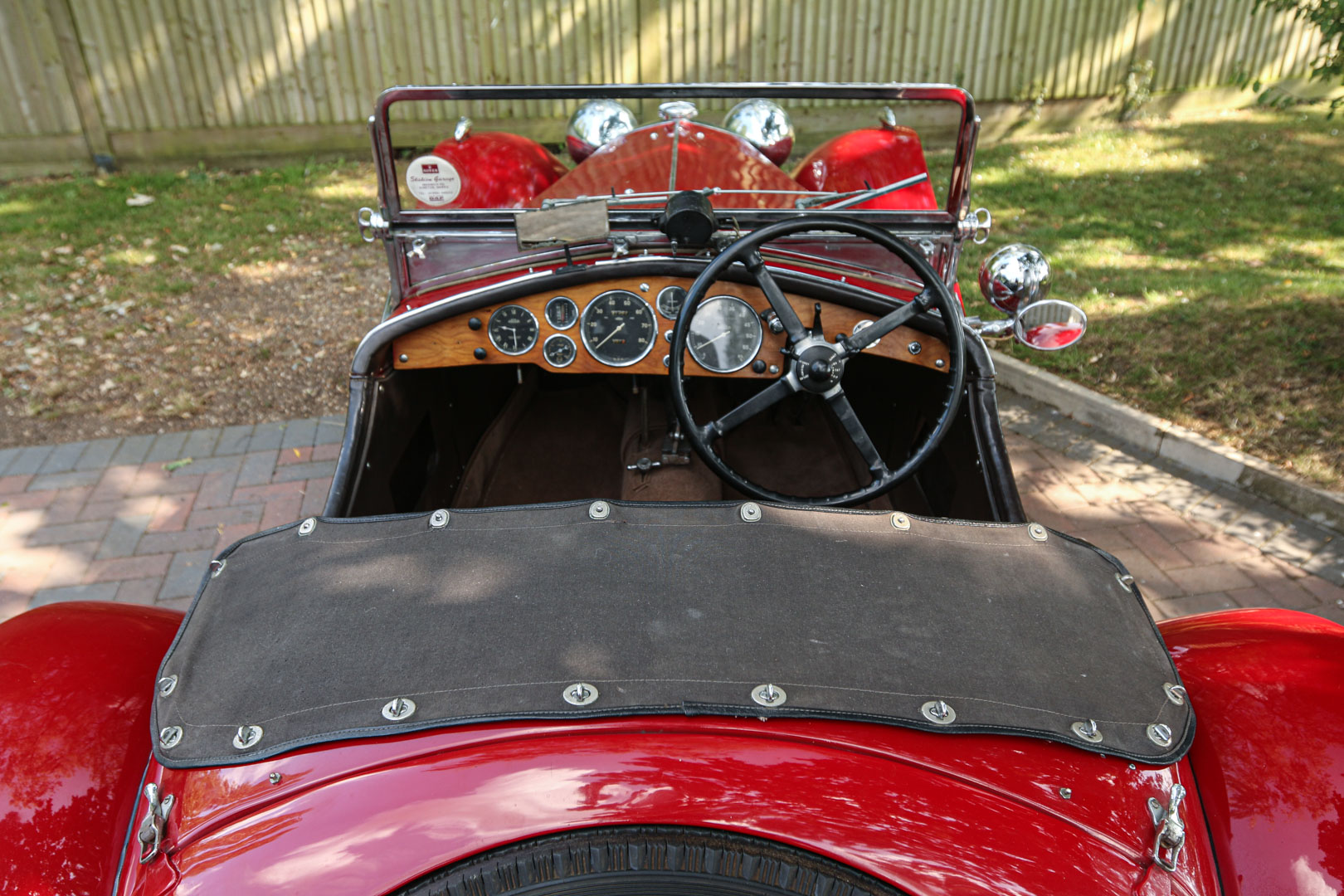 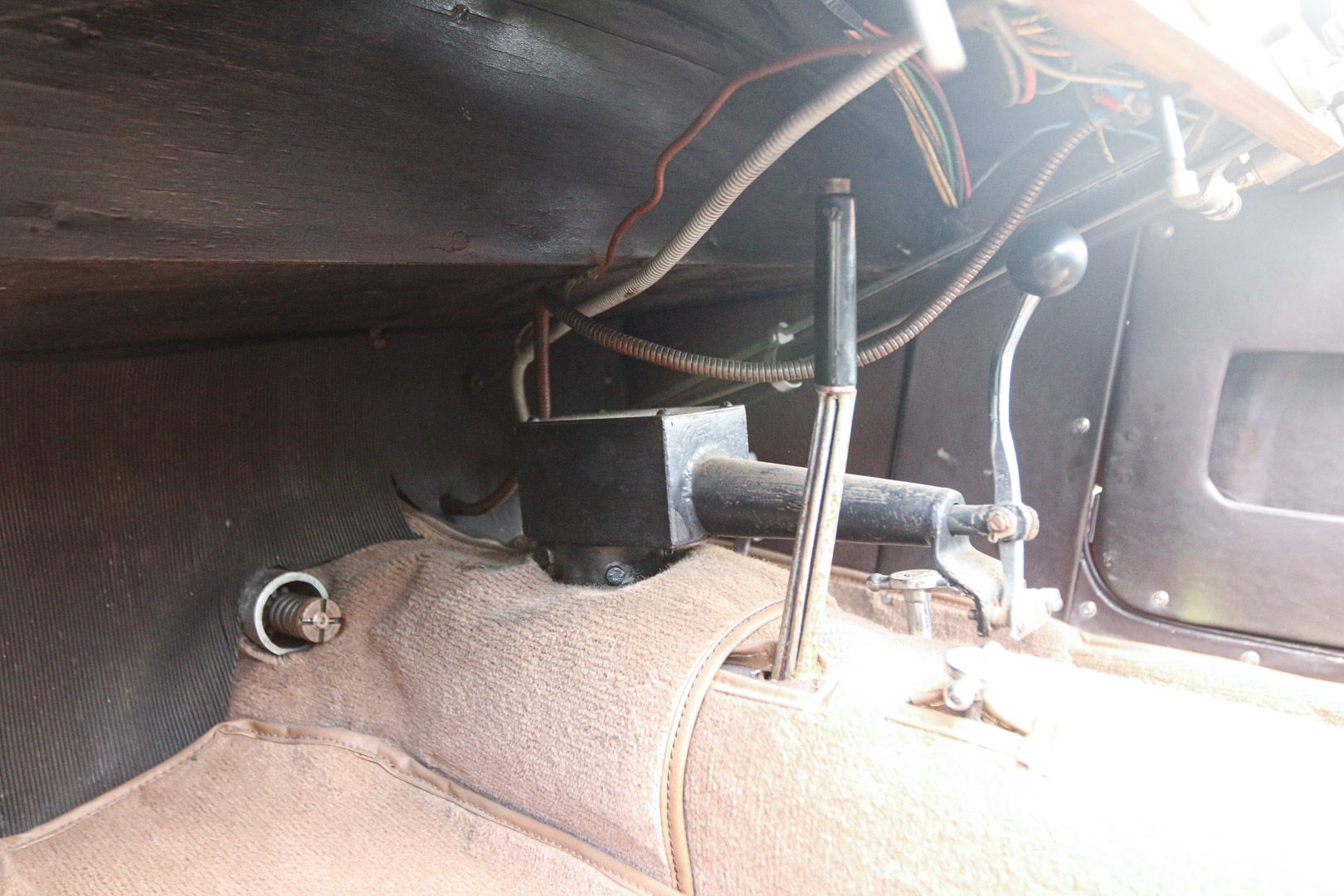 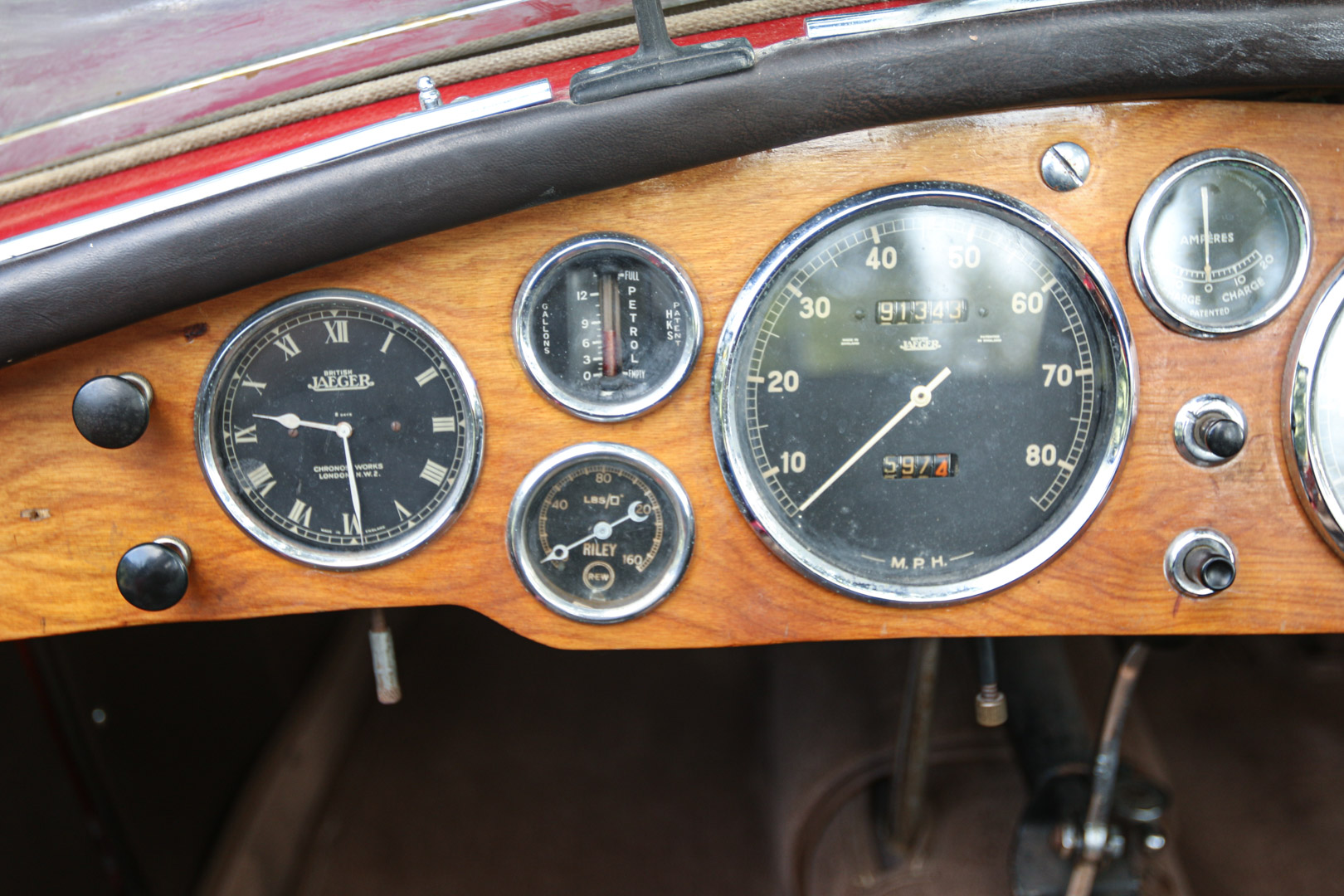 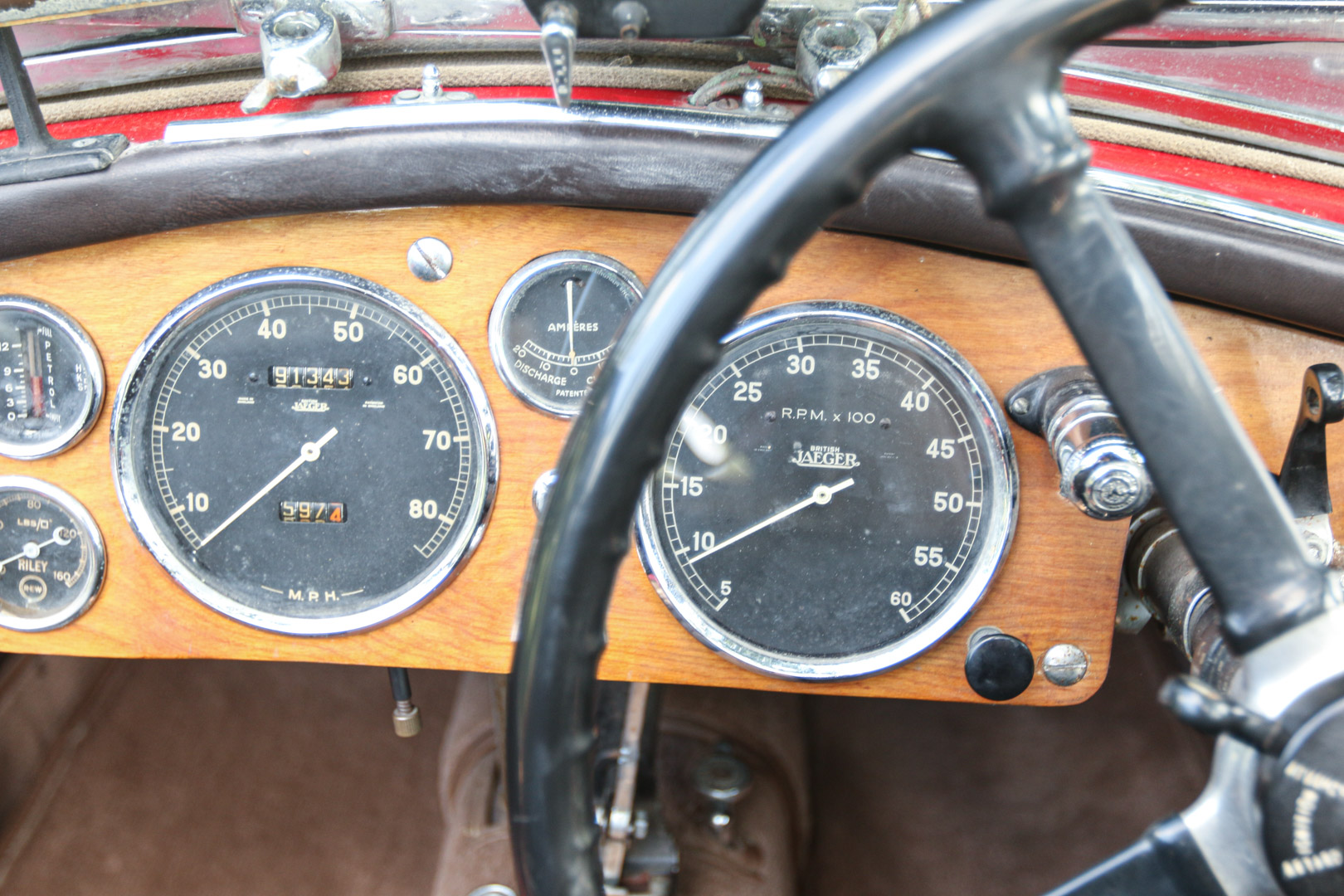 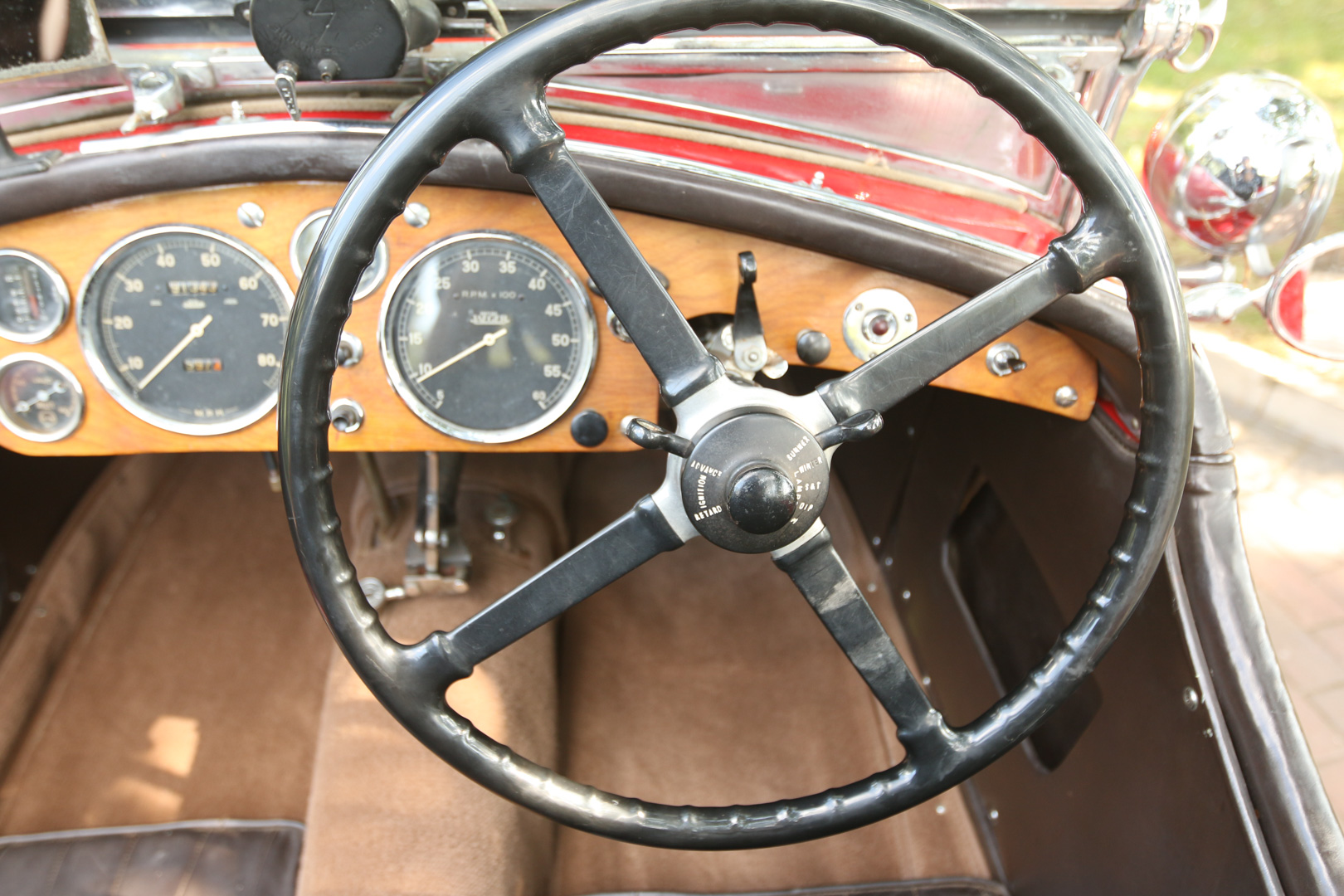 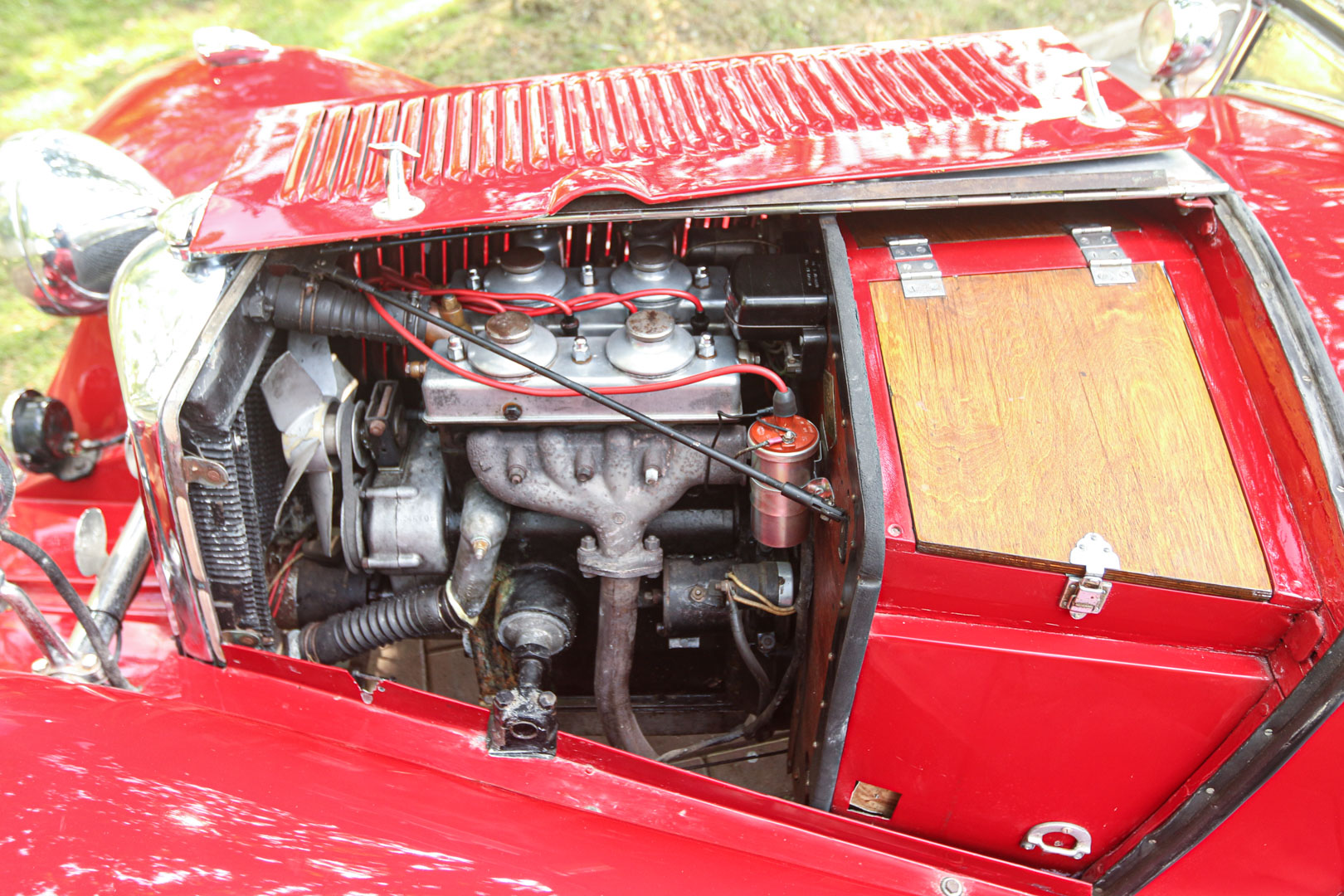 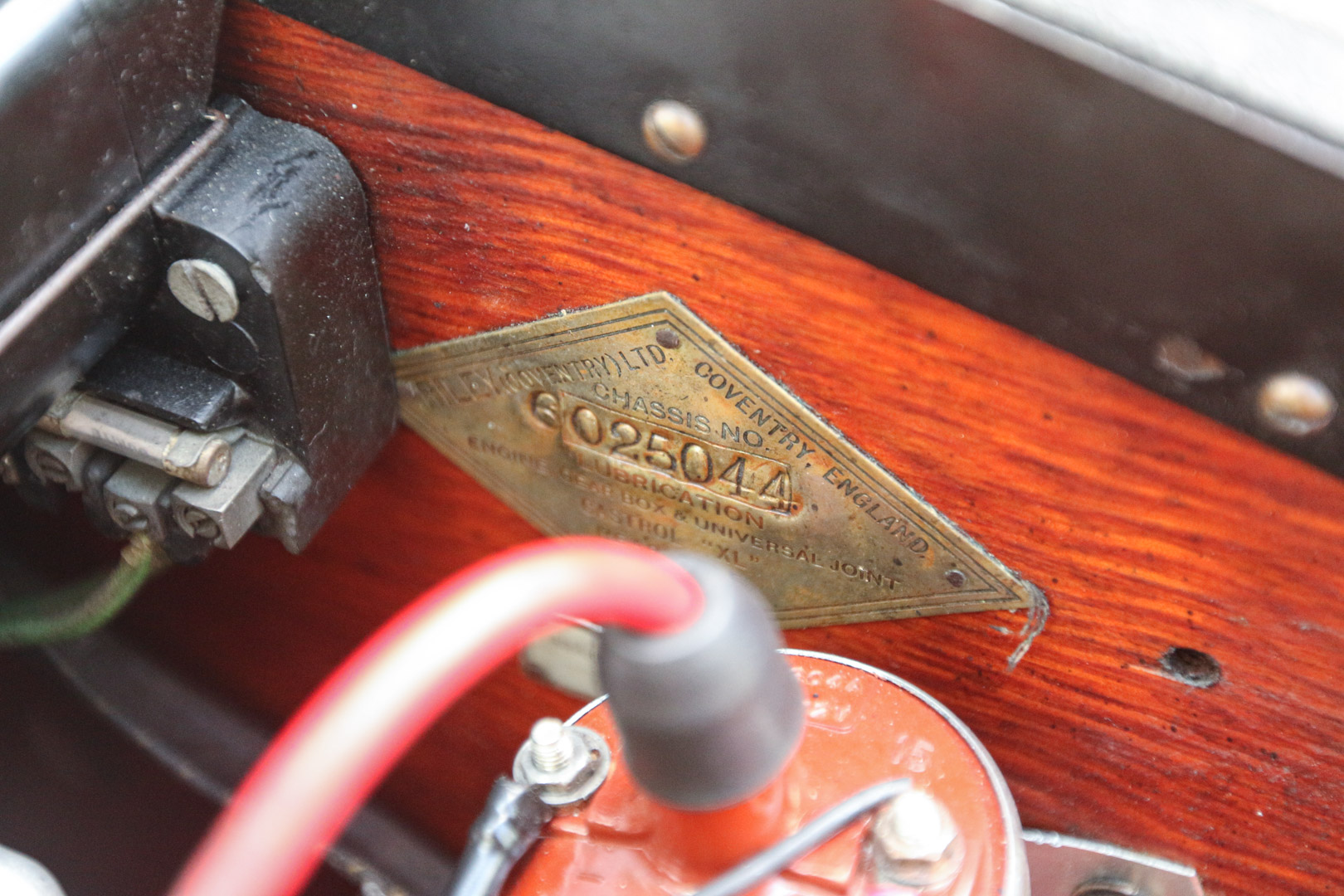 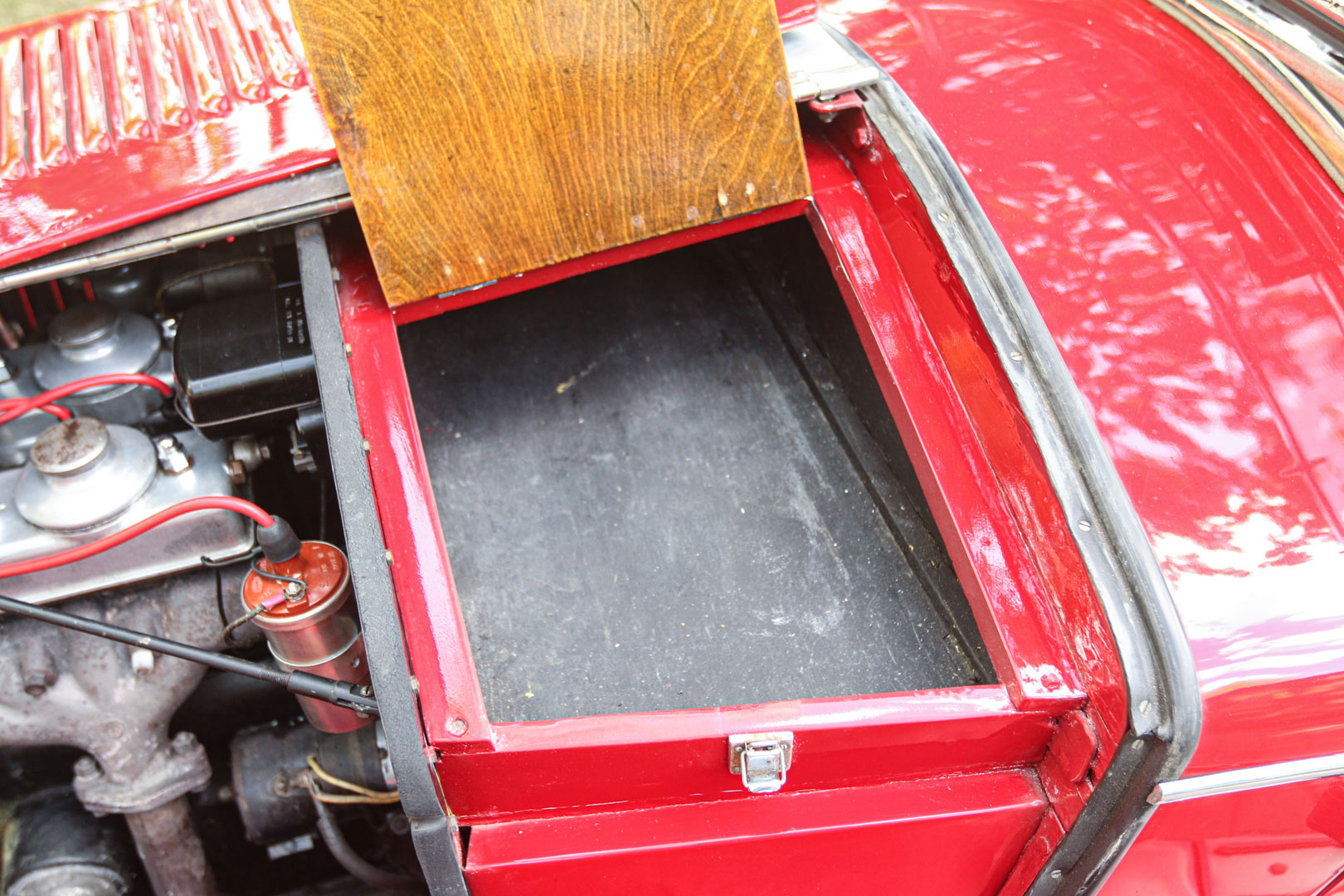 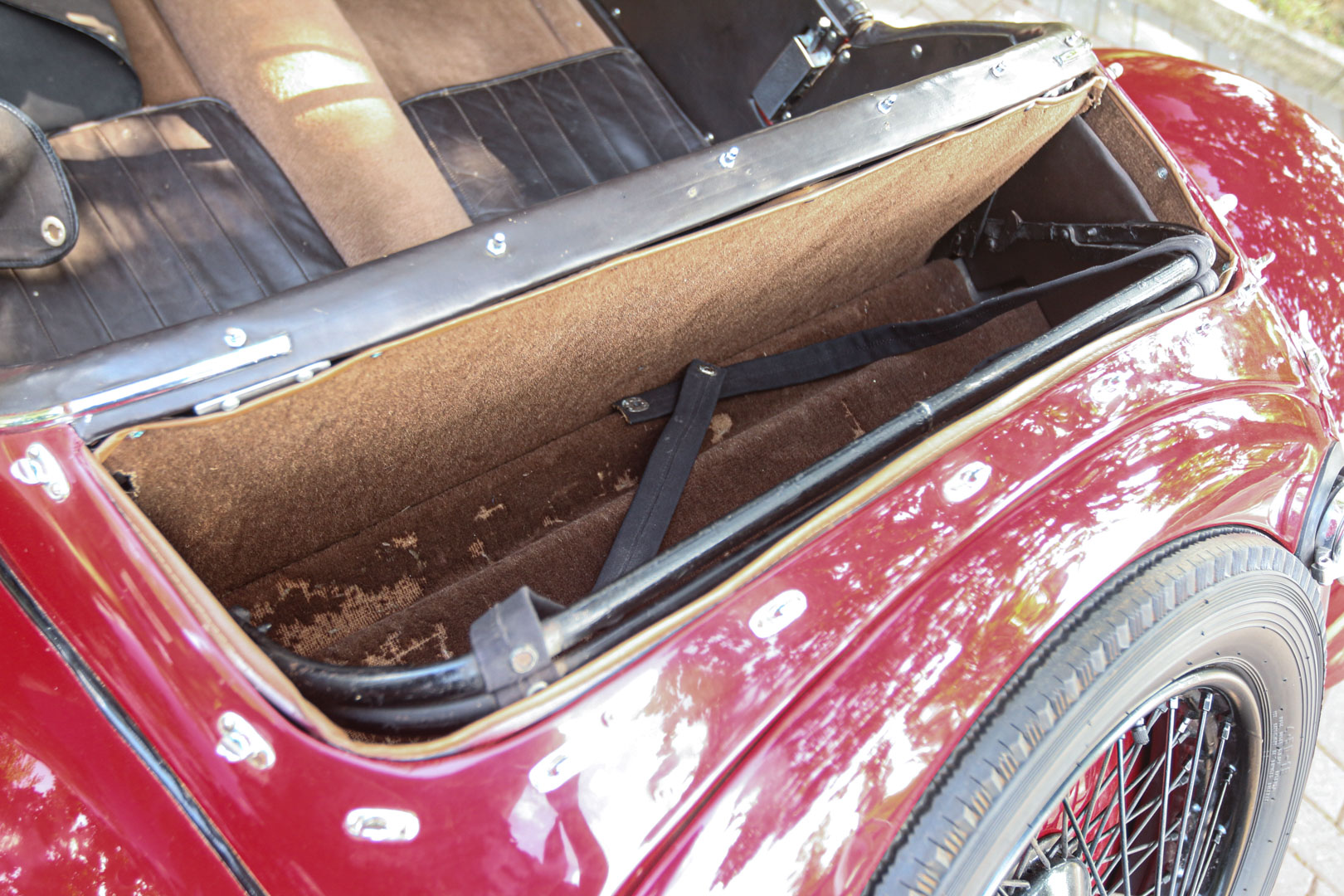 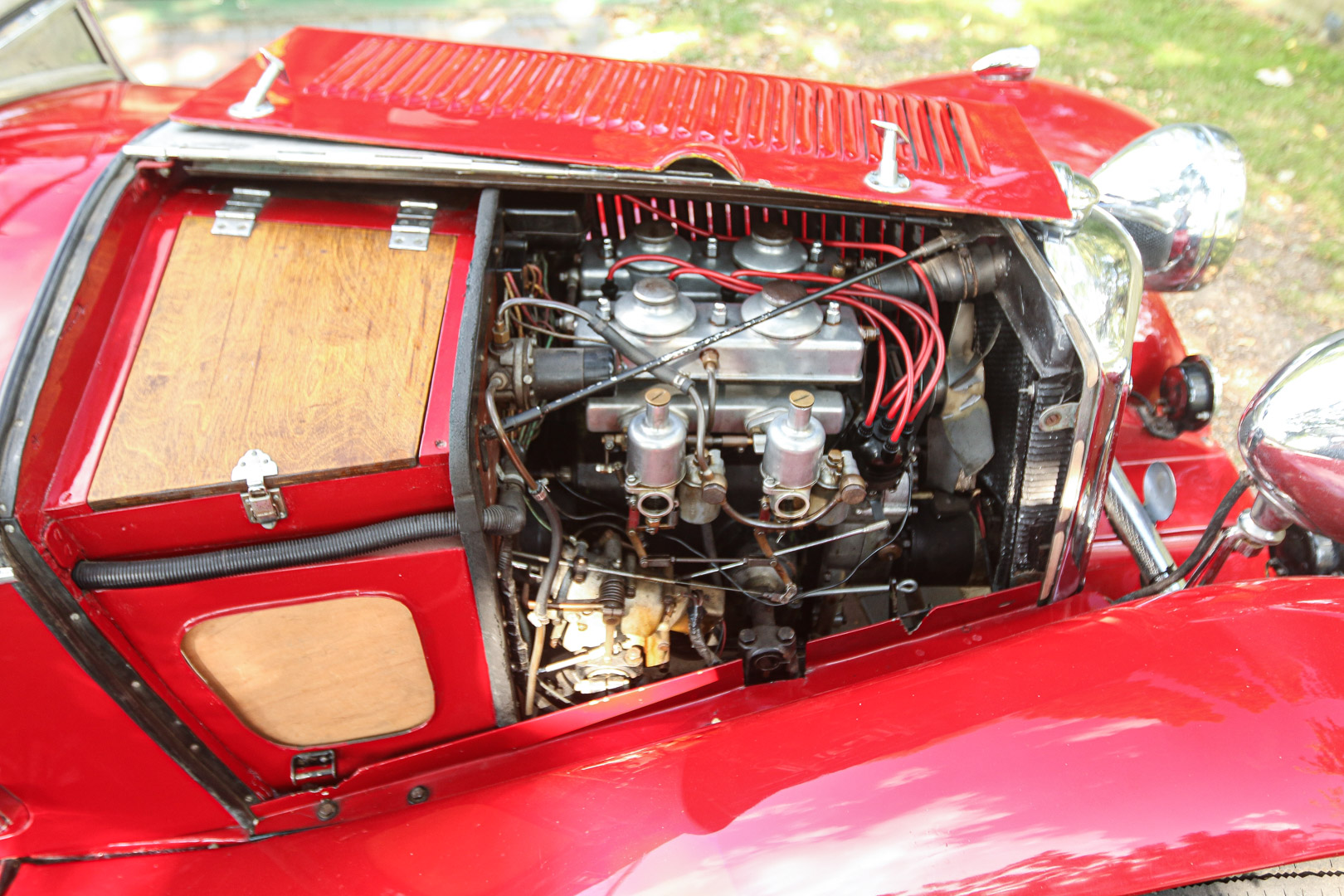 The Riley Imp must rank as one of the most handsome sports cars of the 1930s, built for the privileged and fortunate few.

ADU 801 is a lovely example of what is now a very rare car with it believed that just over 100 examples were built originally. This car comes with a comprehensive history and much of the information is included in John Gathercole’s definitive history of surviving Imps.

ADU 801 was first registered on the 22nd September 1934 and first sold to a dealer Jimmy James on the 4th October 1934, who then sold the car on to a Mr Roy Eccles. C.E. Piggott was the 3rd owner as evidenced by an article in Autocar on May 21st 1943. The Imp passed through numerous hands, going through multiple colour changes and ended up in the USA in 1963 with four further owners. The car was then shipped to Denmark for a time before it’s return to the UK in 1989 with a new registration, OSV 163 rather than ADU 801. The car has since had it’s original number re-allocated as when first registered.

Gathercole confirms the continuous history and this rare car becomes rarer still as it is the fourteenth Imp built and believed to be the first standard production car, the predecessors being competition cars.

The car is presently fitted with a twin SU carb ‘9’ engine mated to a silent 3rd gearbox with homemade extension. This extension is part of the car’s history as it was fitted in 1937 by C.E. Piggott and featured in the 1943 Autocar issue (copy on file). Brooklands remote gear changes were available but rejected as £2-10 shillings was too expensive! More cockpit space is a happy result of this change.

When the car returned to the UK, Dan Marguiles sold it to John Marr who fitted coil and distributor in place of the Scintilla magneto (included) and it drove well.

It is finished now in red with dark brown leather upholstery and black wheels. This original Imp appears to drive very well and is a car that can be used and improved. The paintwork is presentable and the chromework fair. The body frame appears very sound and panels fit well. The hood and tonneau are both present along with the hinged hood frame.

As they say, a ‘well patinated’ example with a great history and welcome on many events. This Imp now sports the original registration ADU 801 and is priced competitively