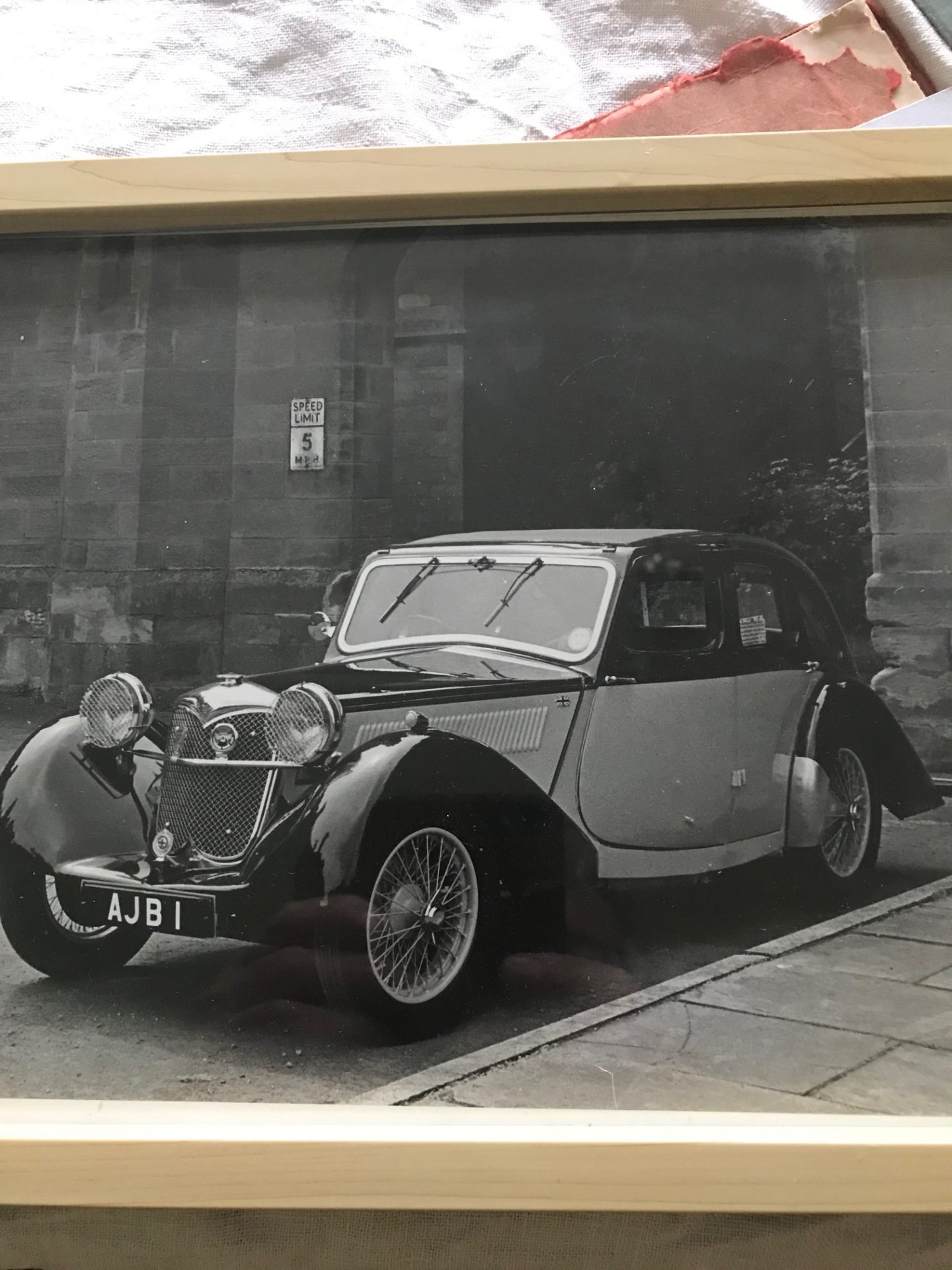 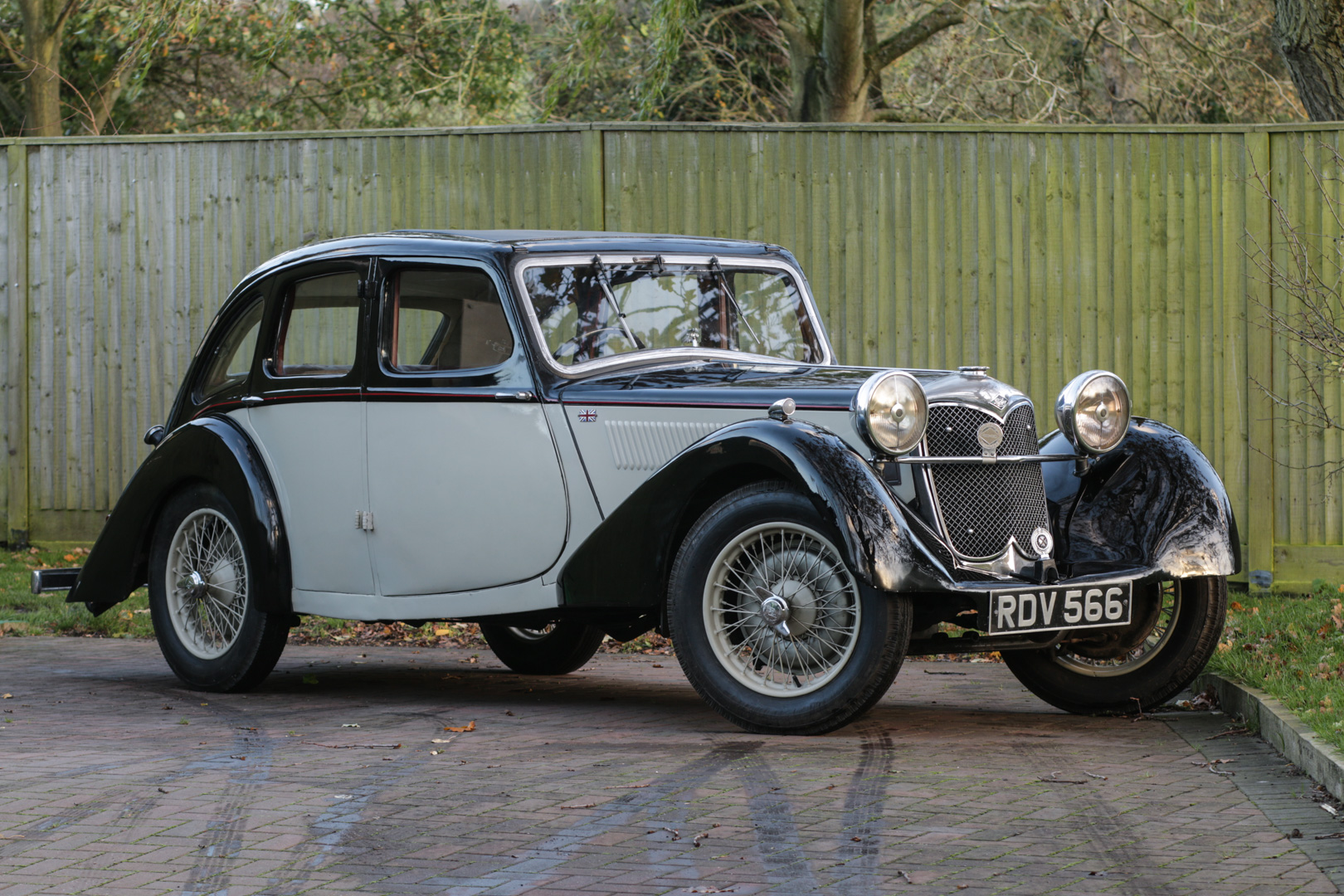 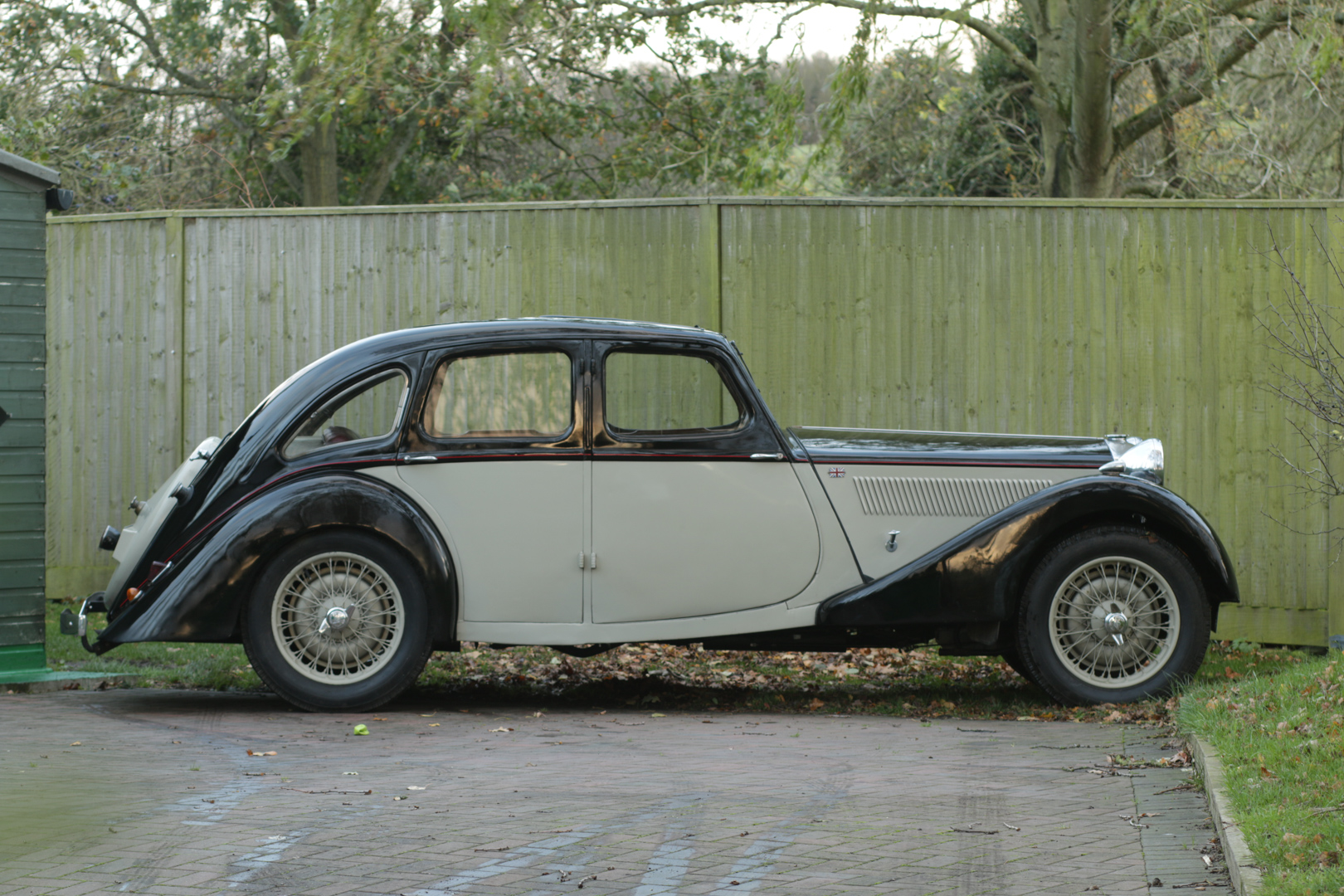 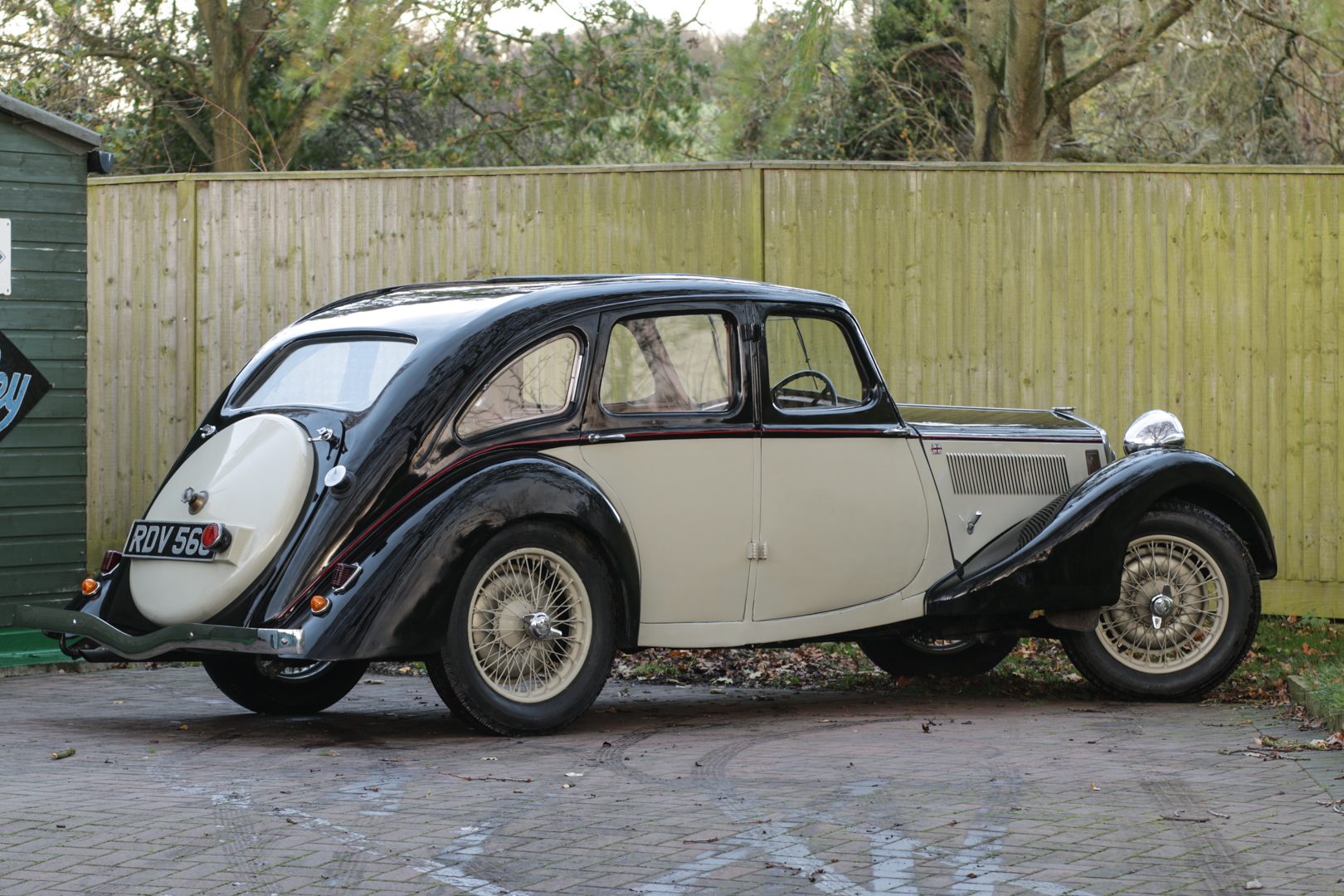 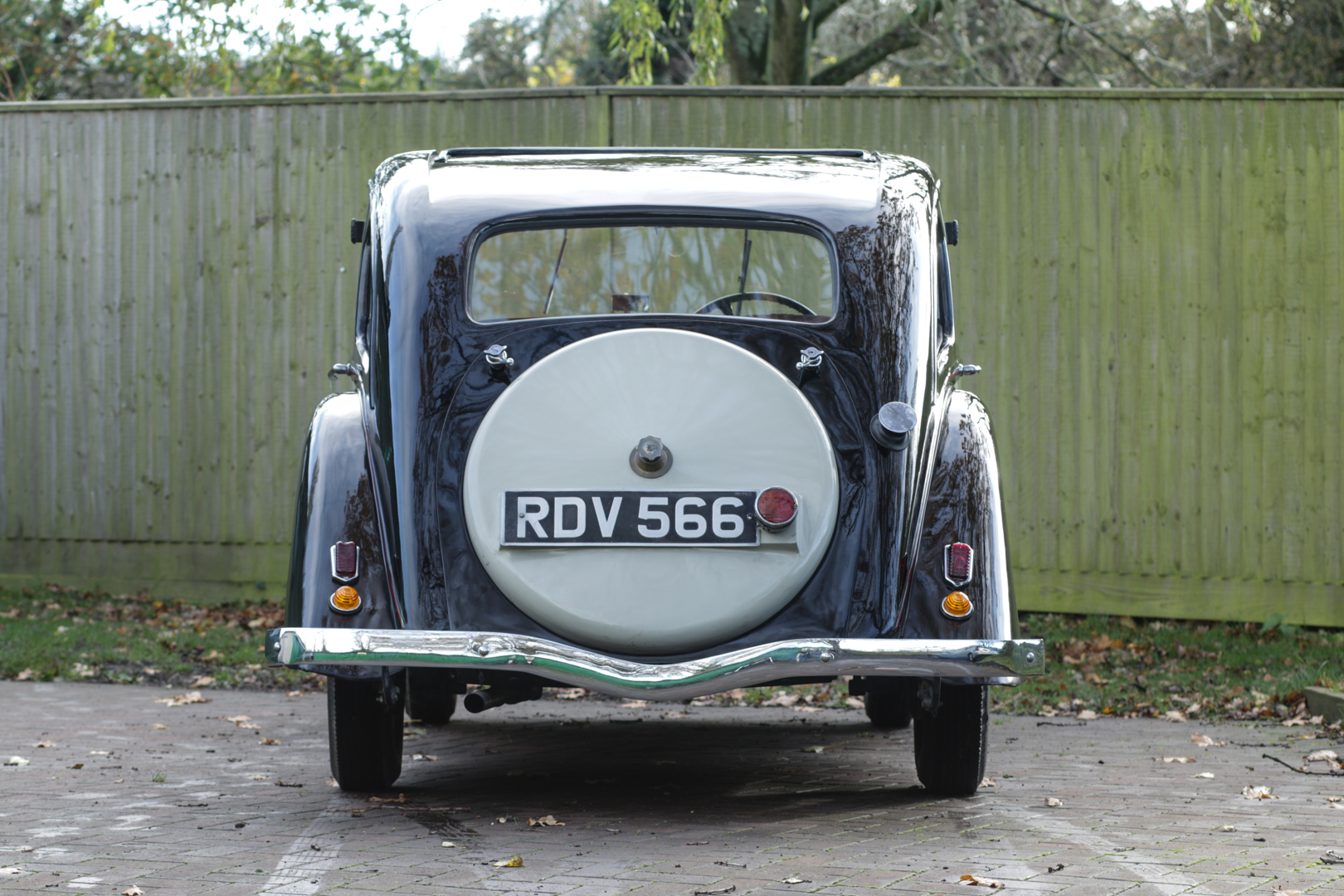 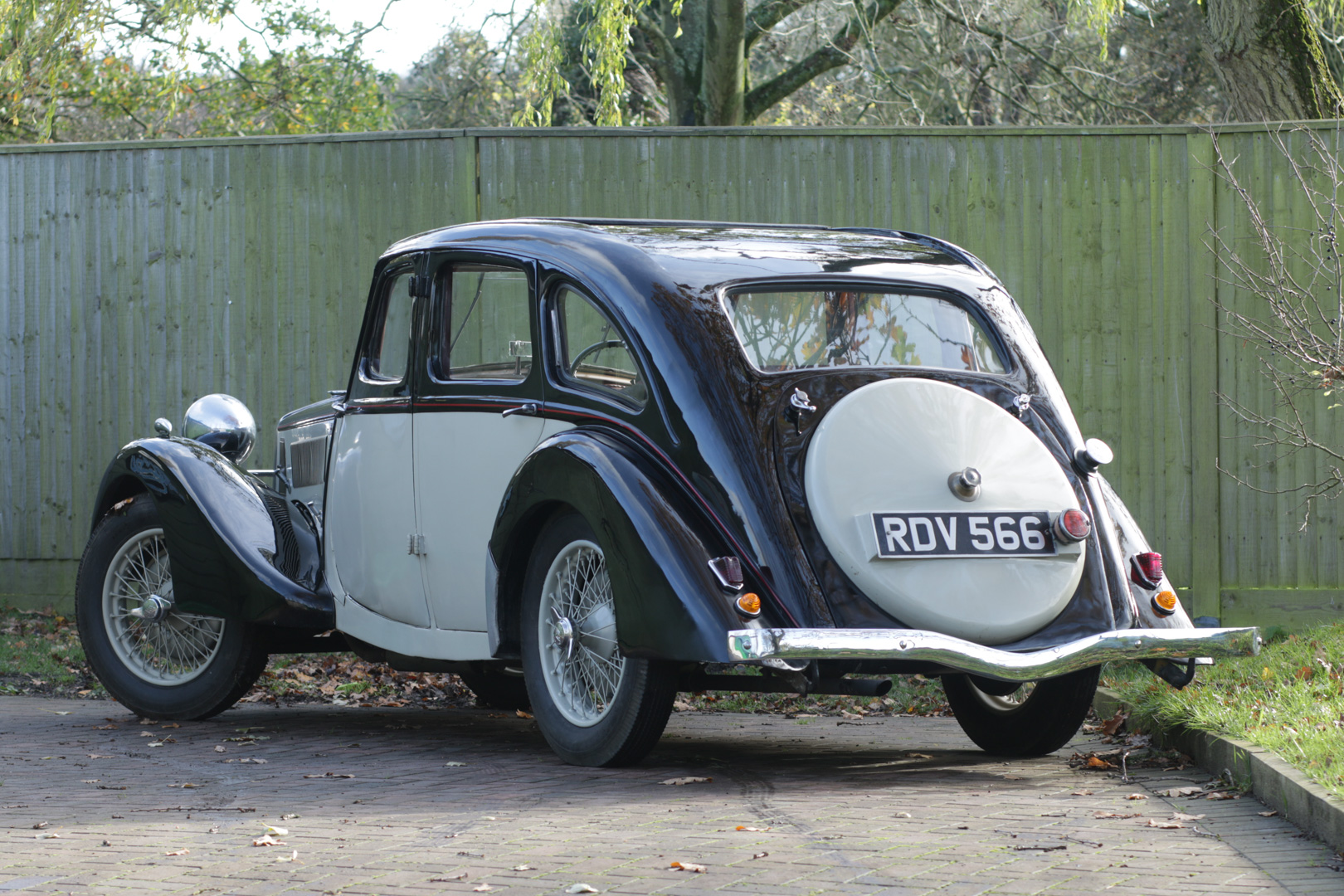 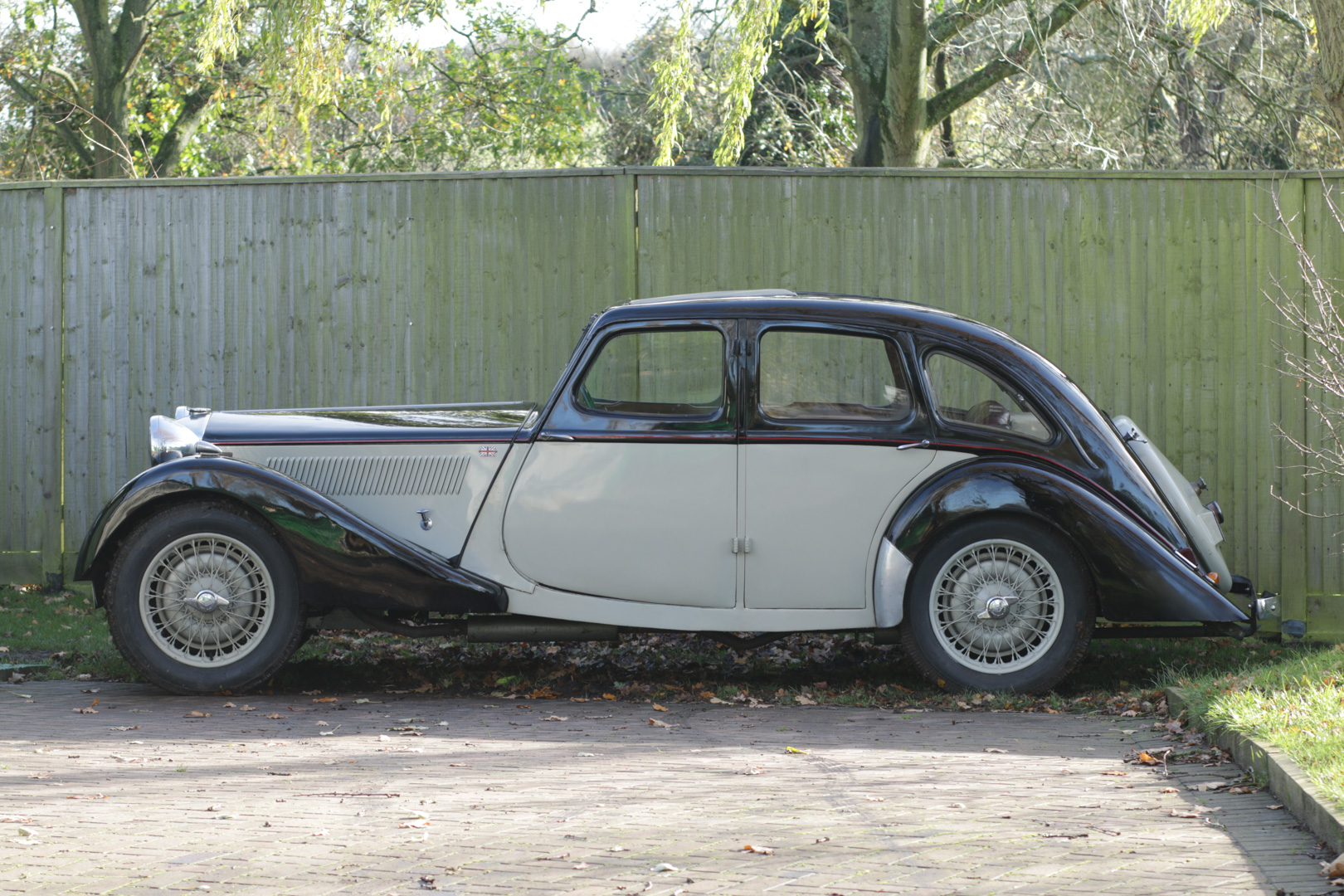 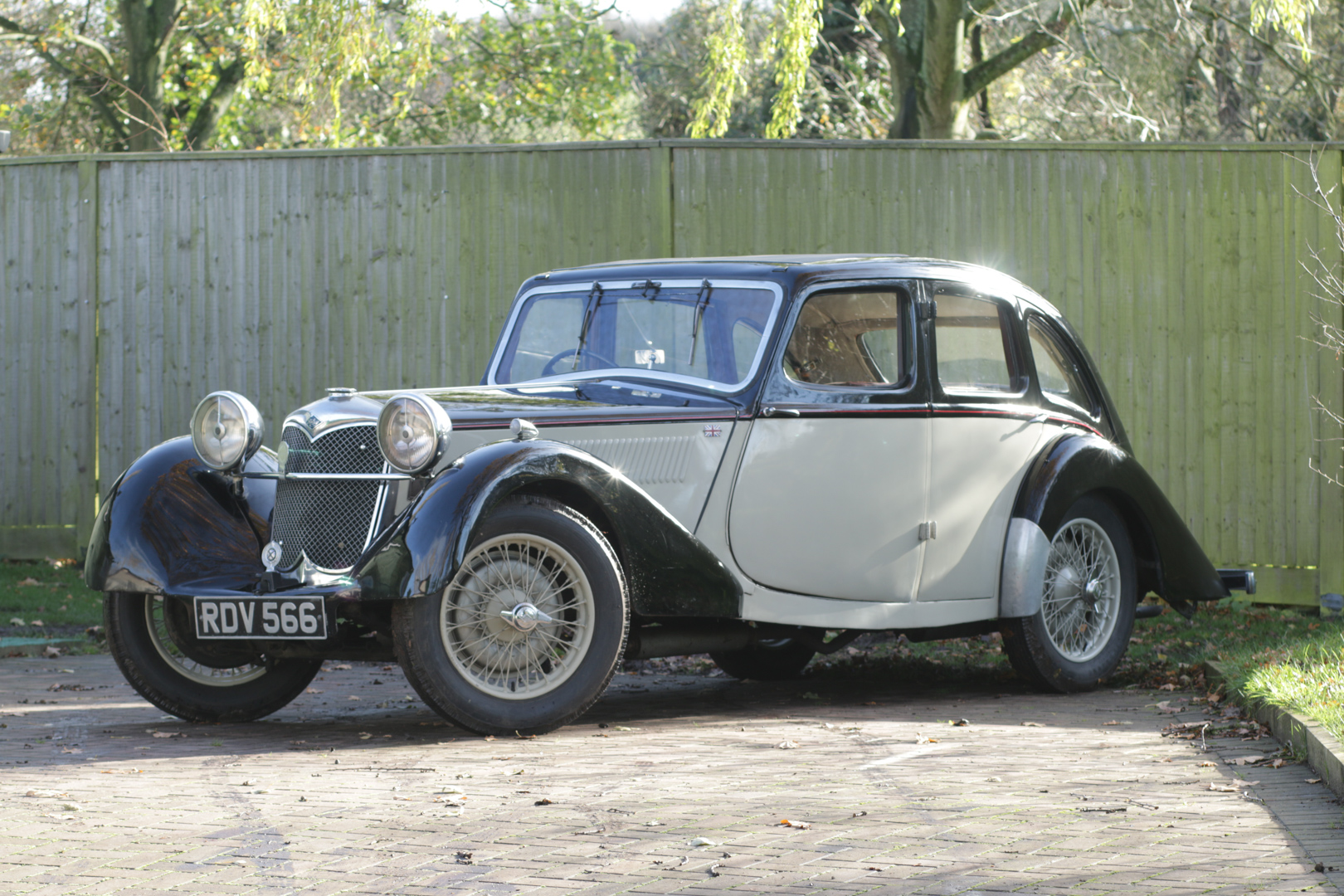 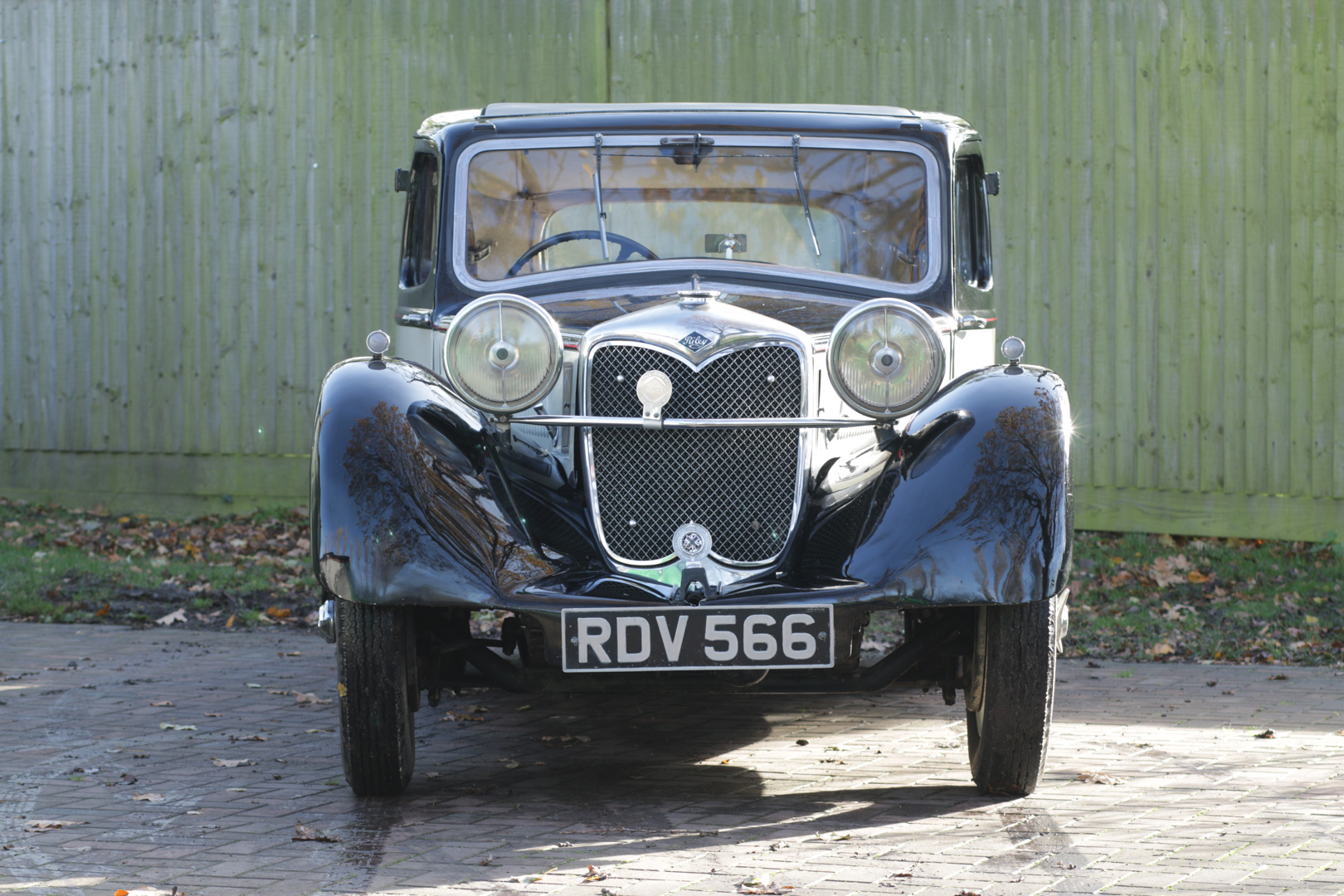 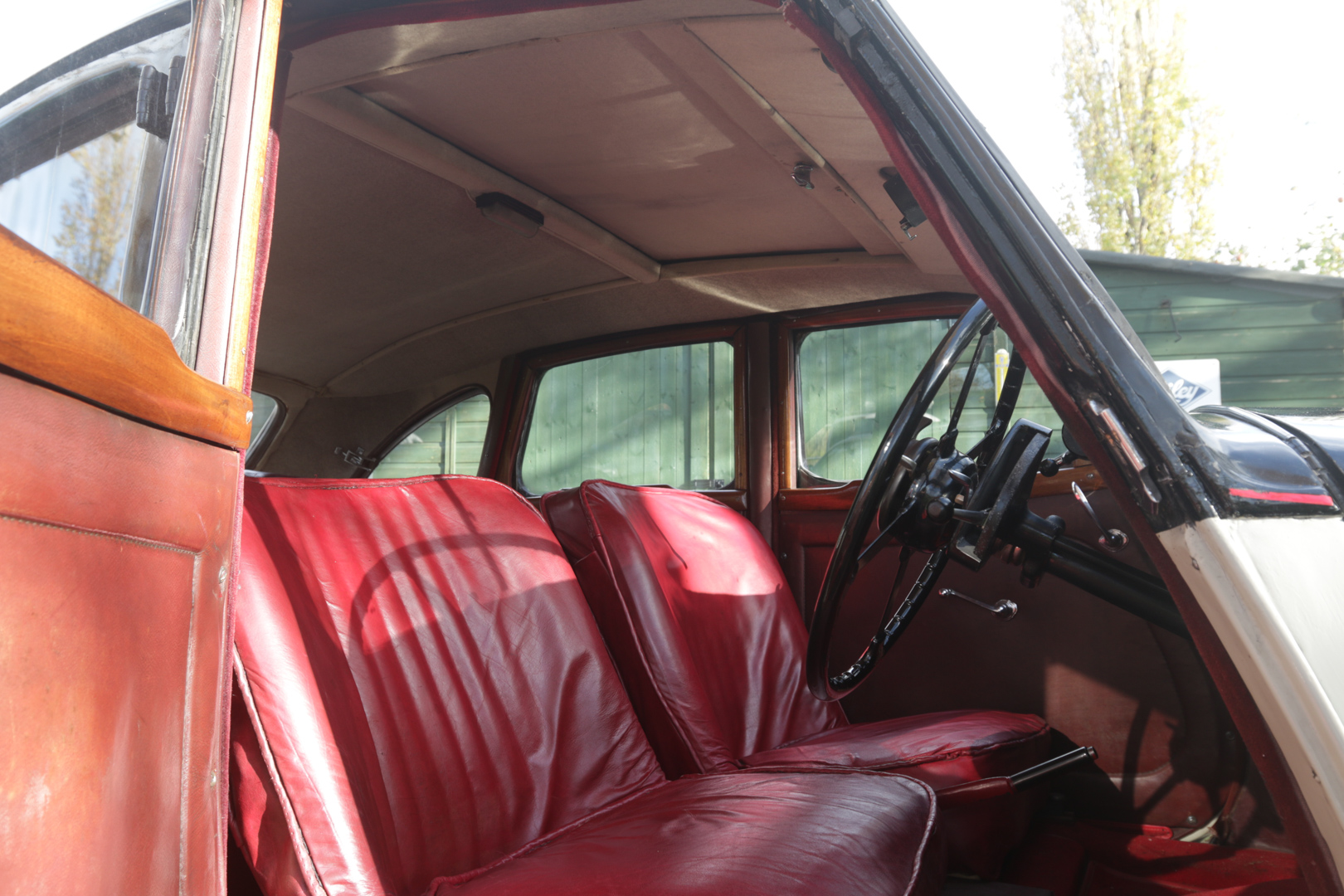 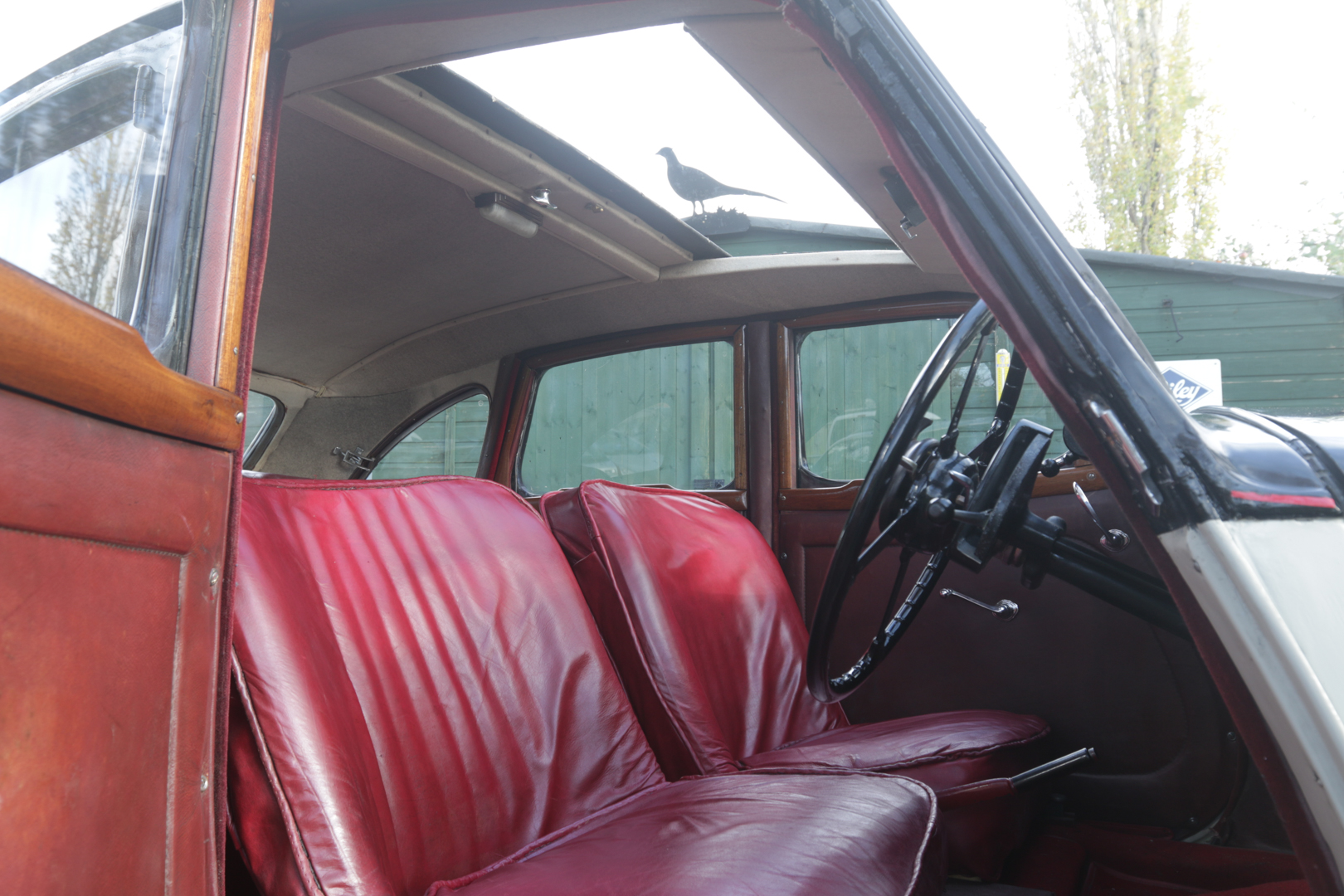 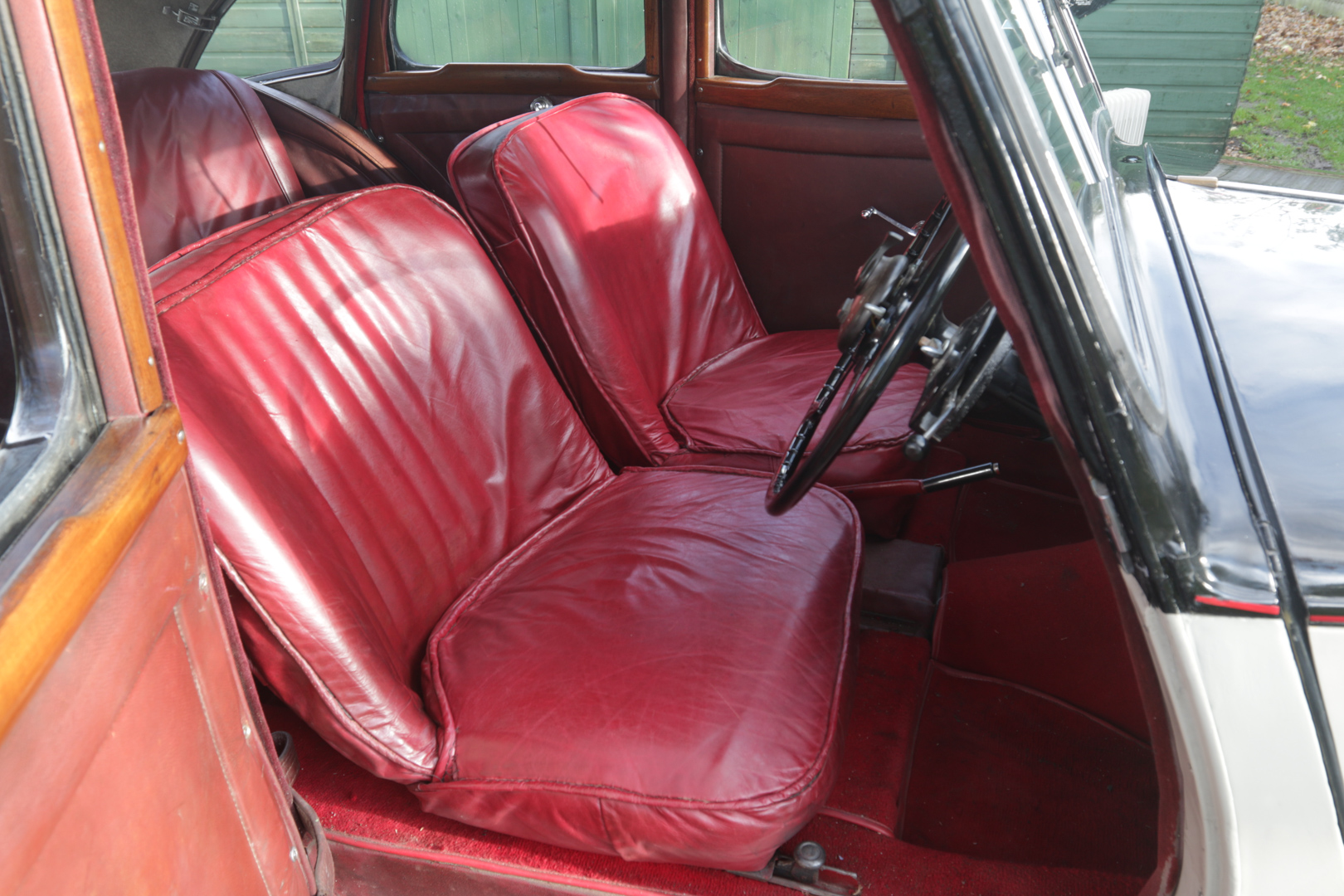 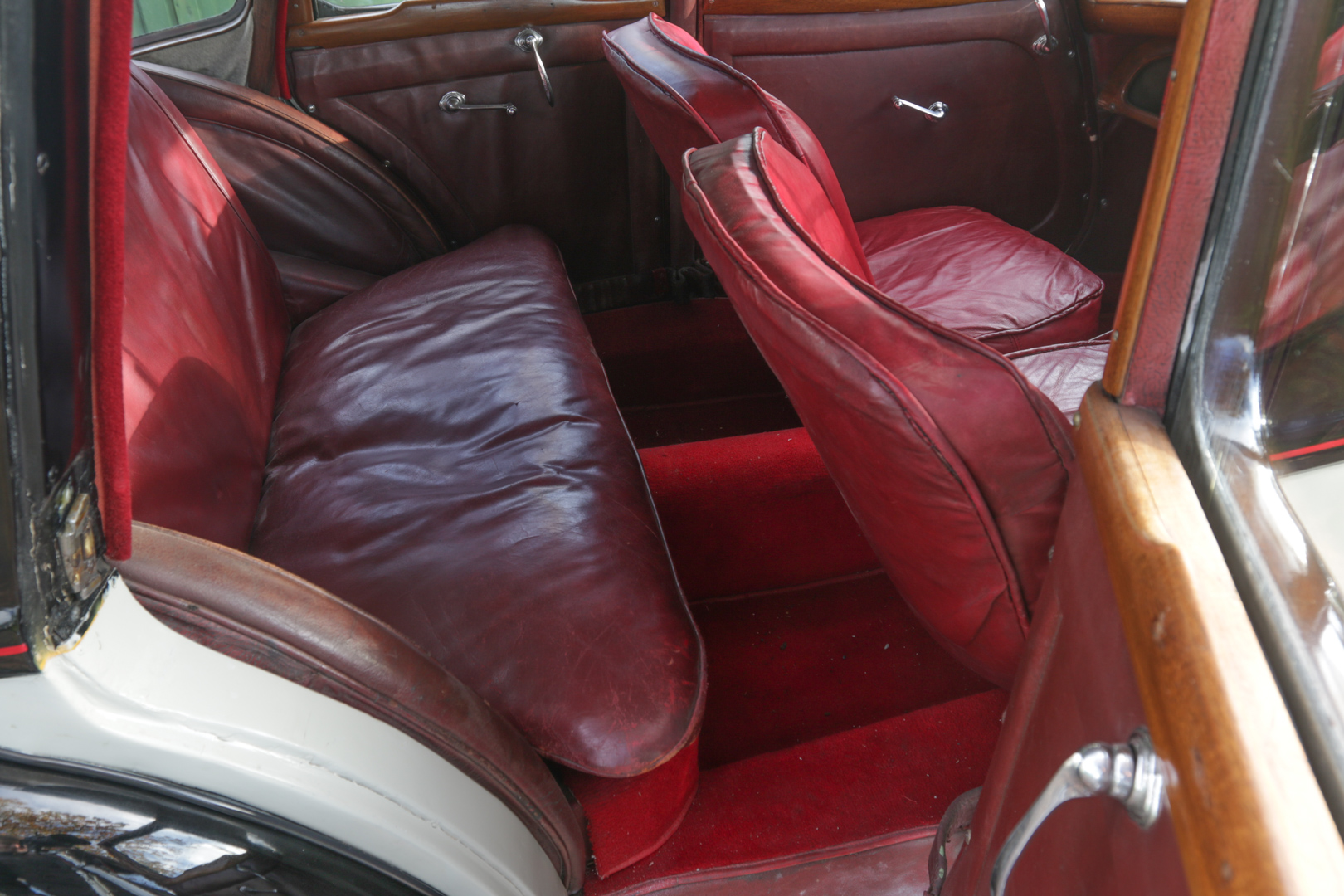 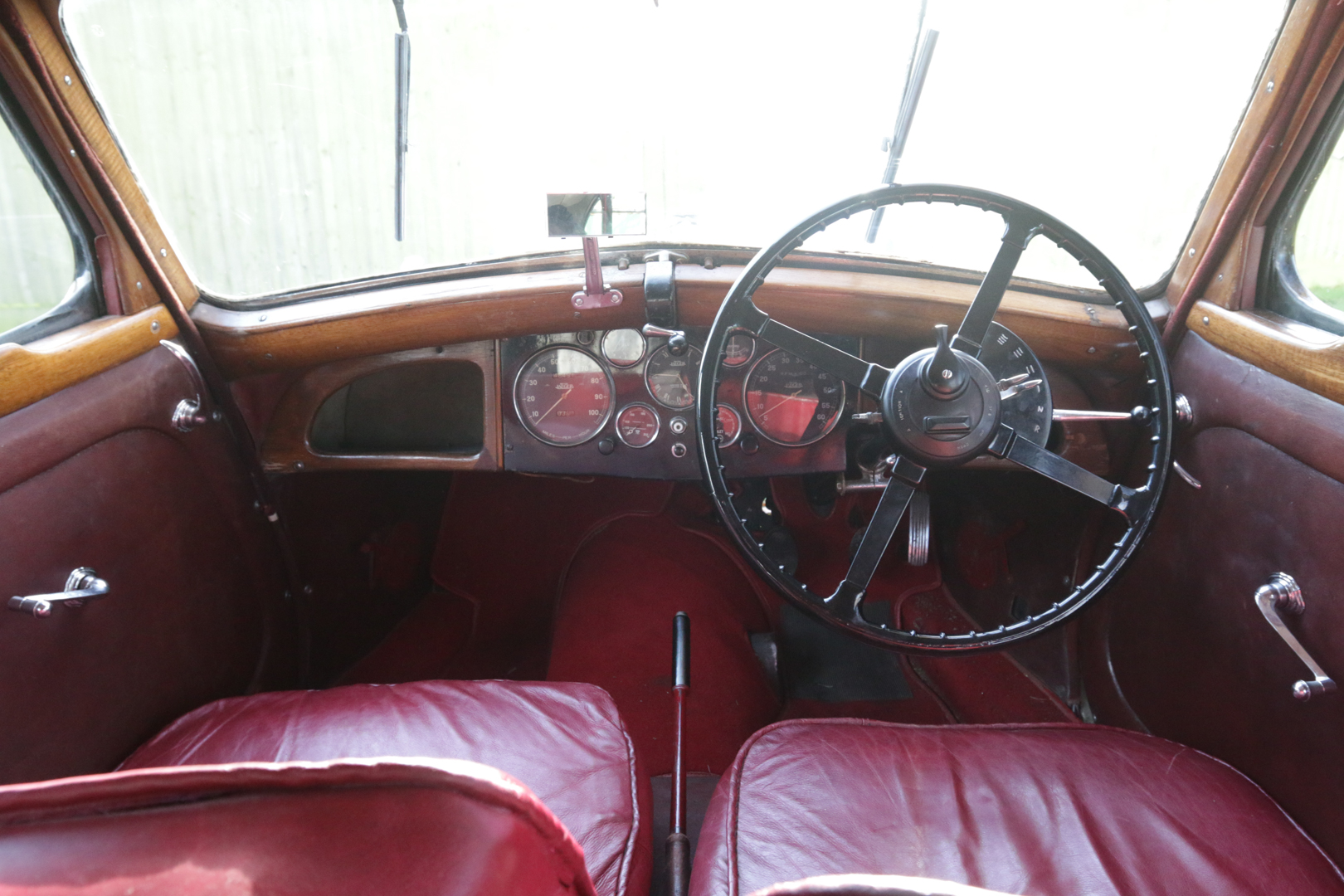 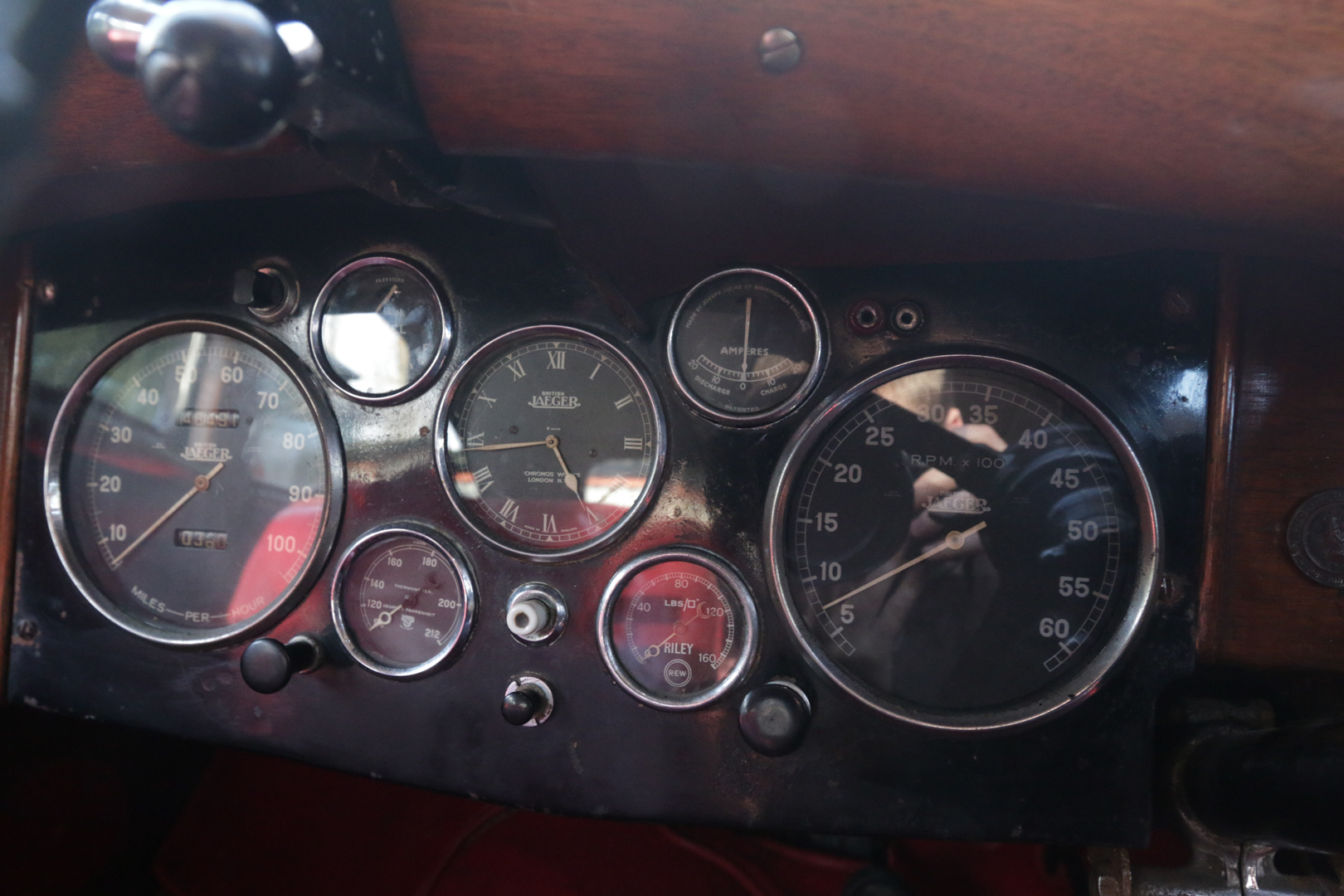 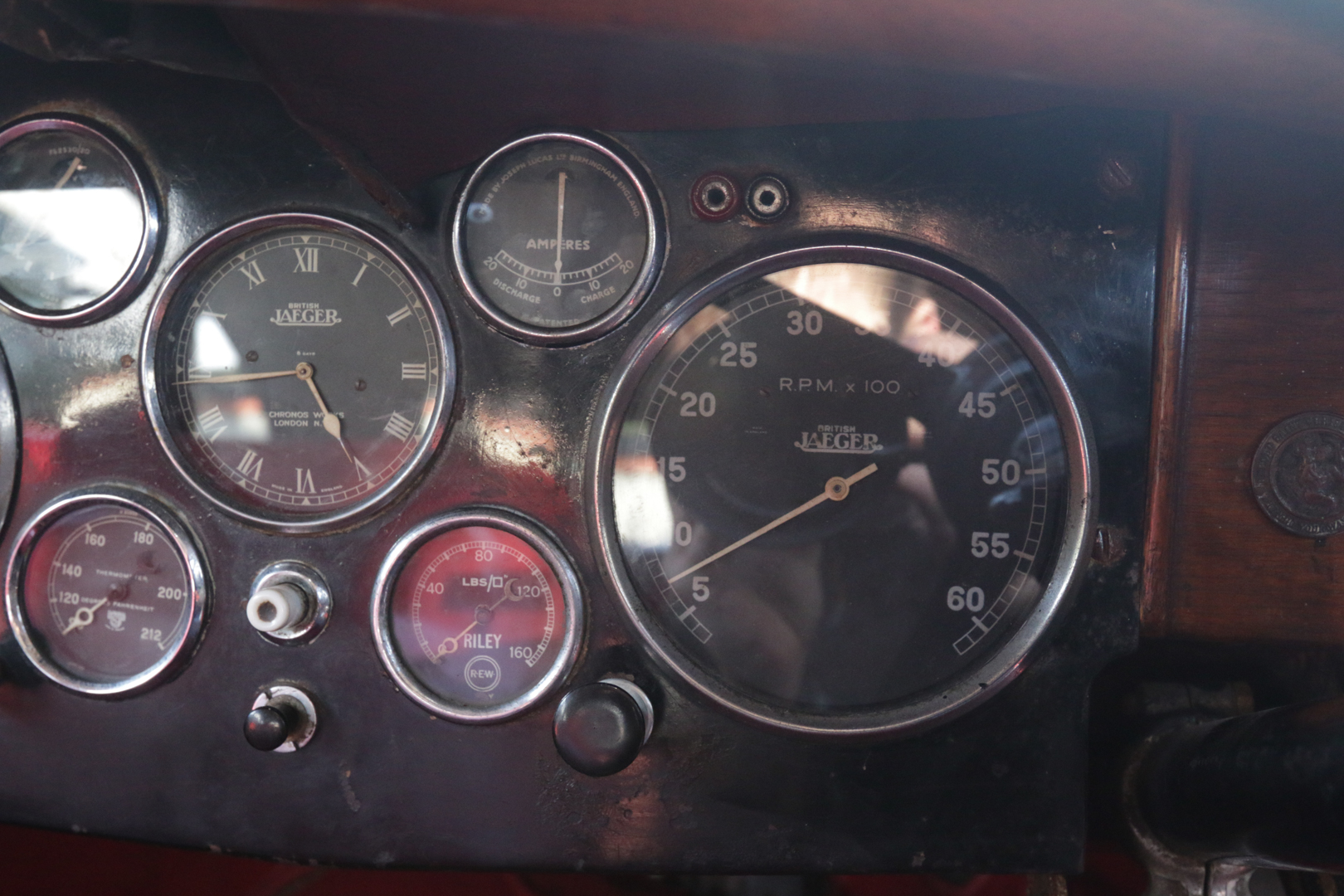 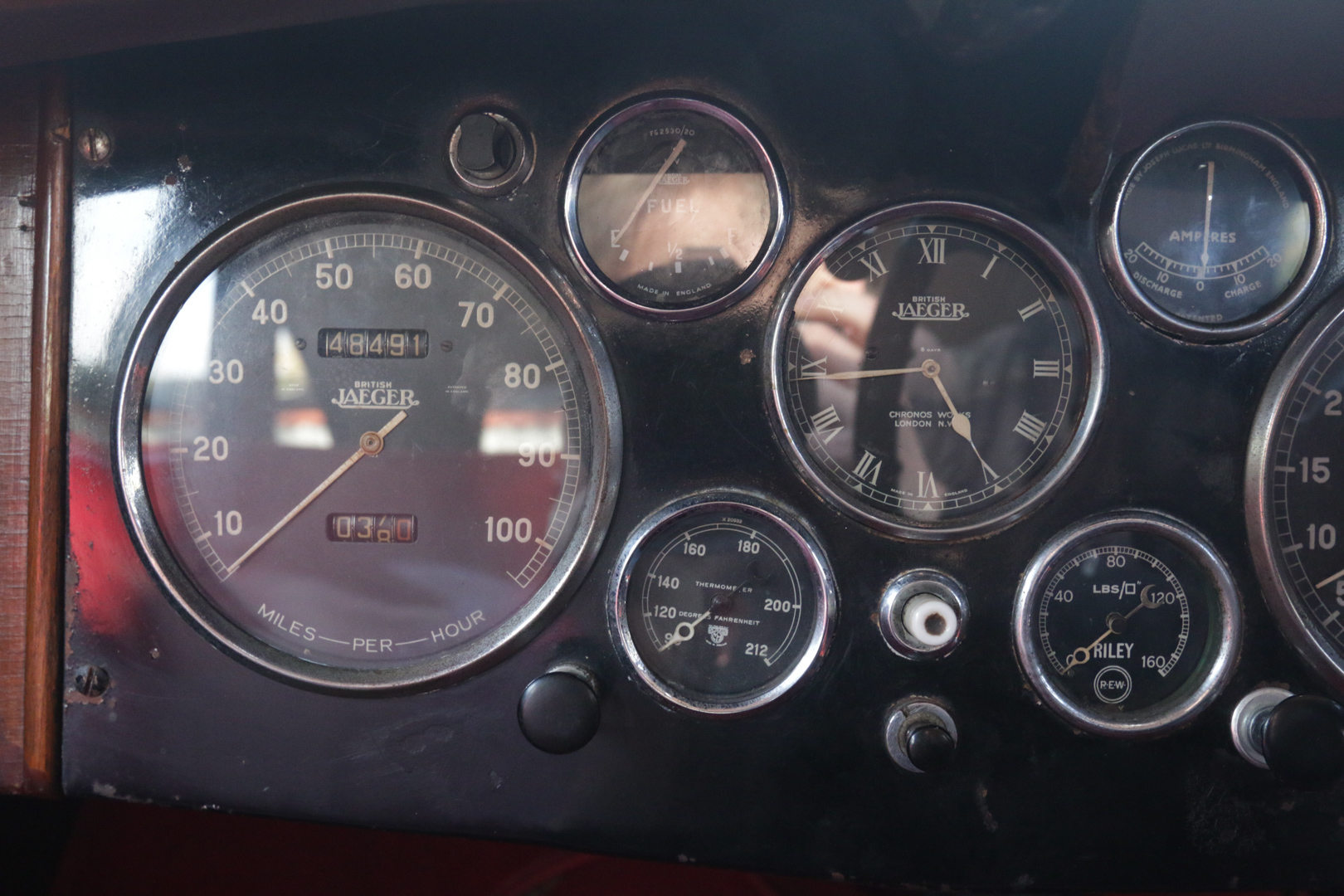 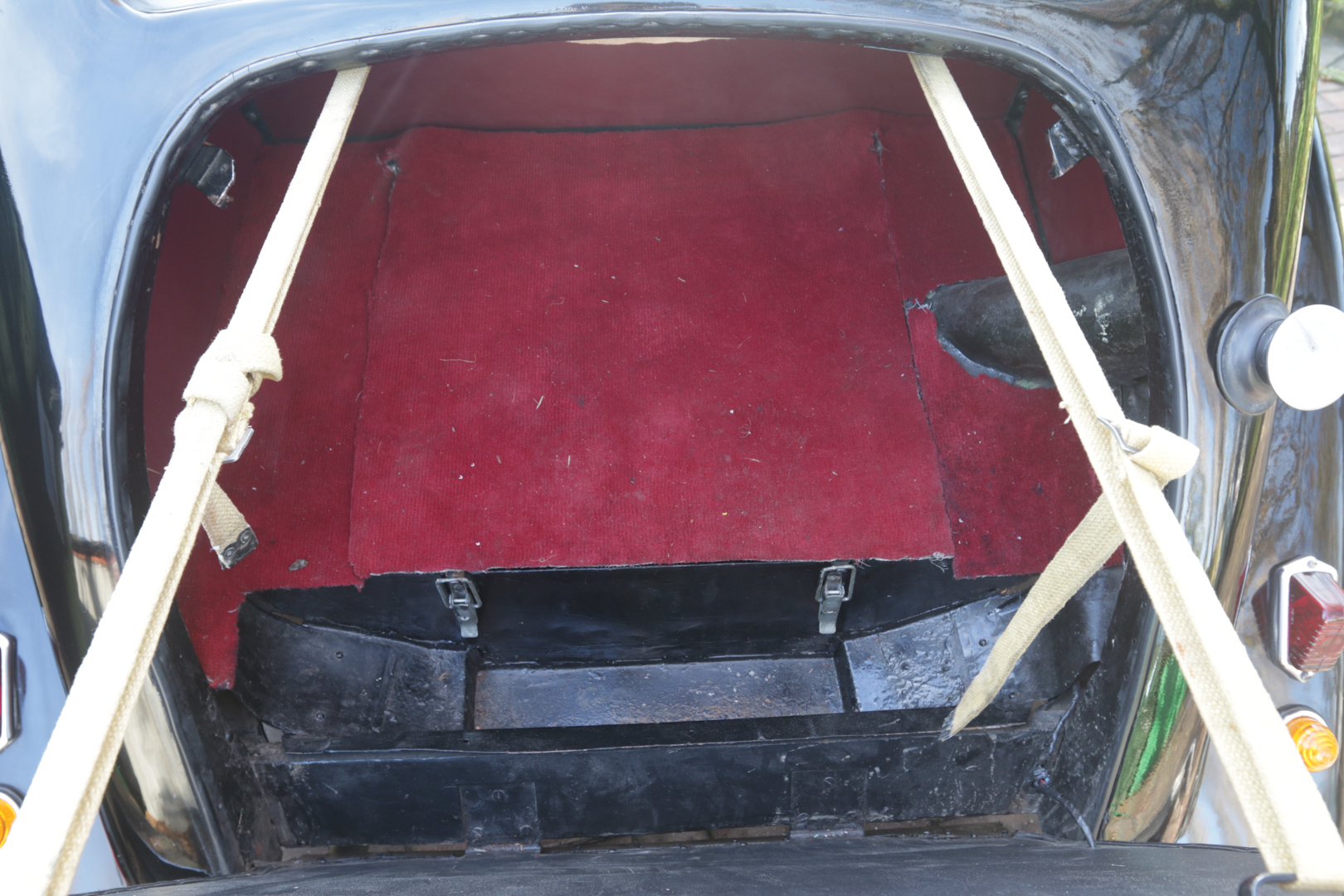 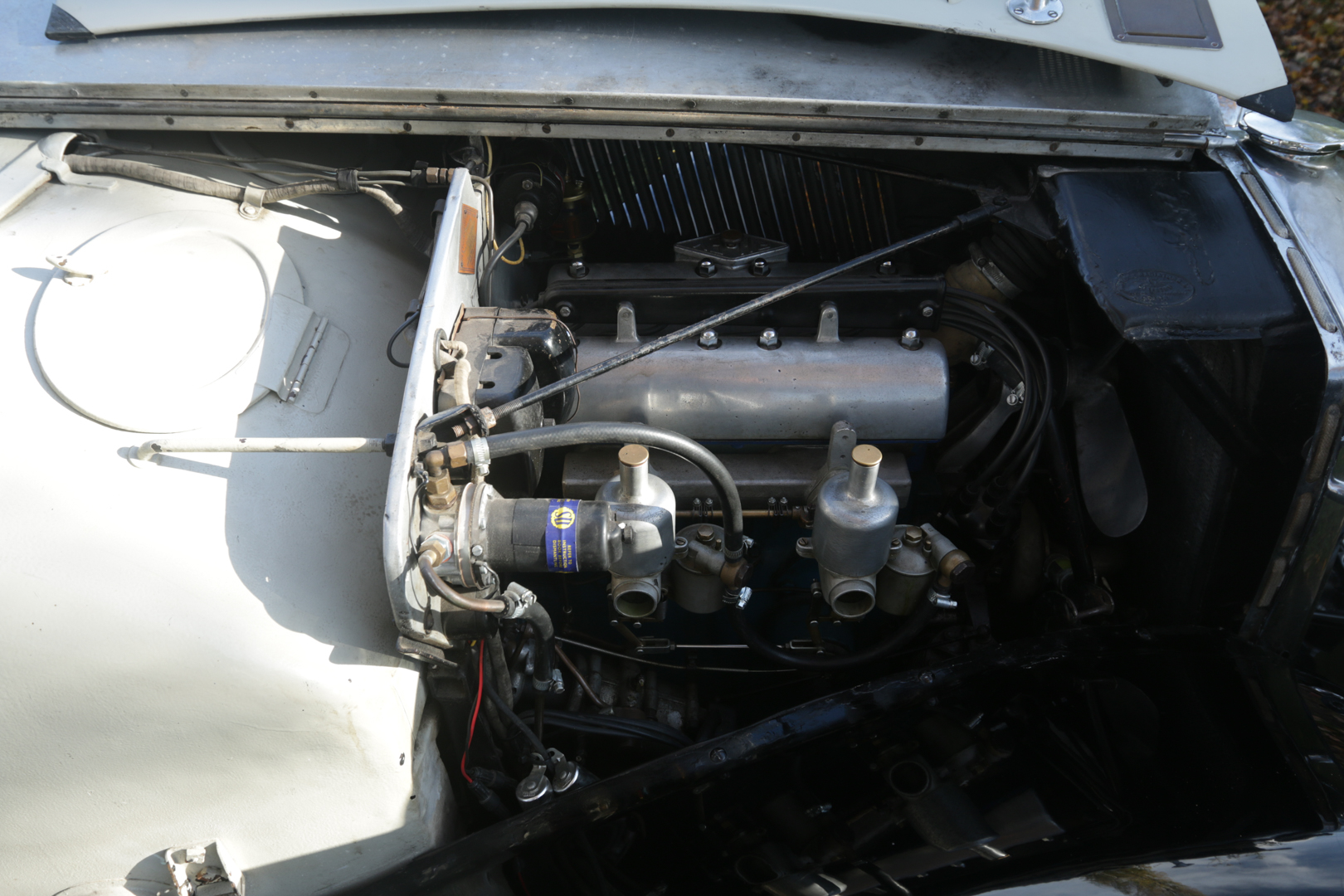 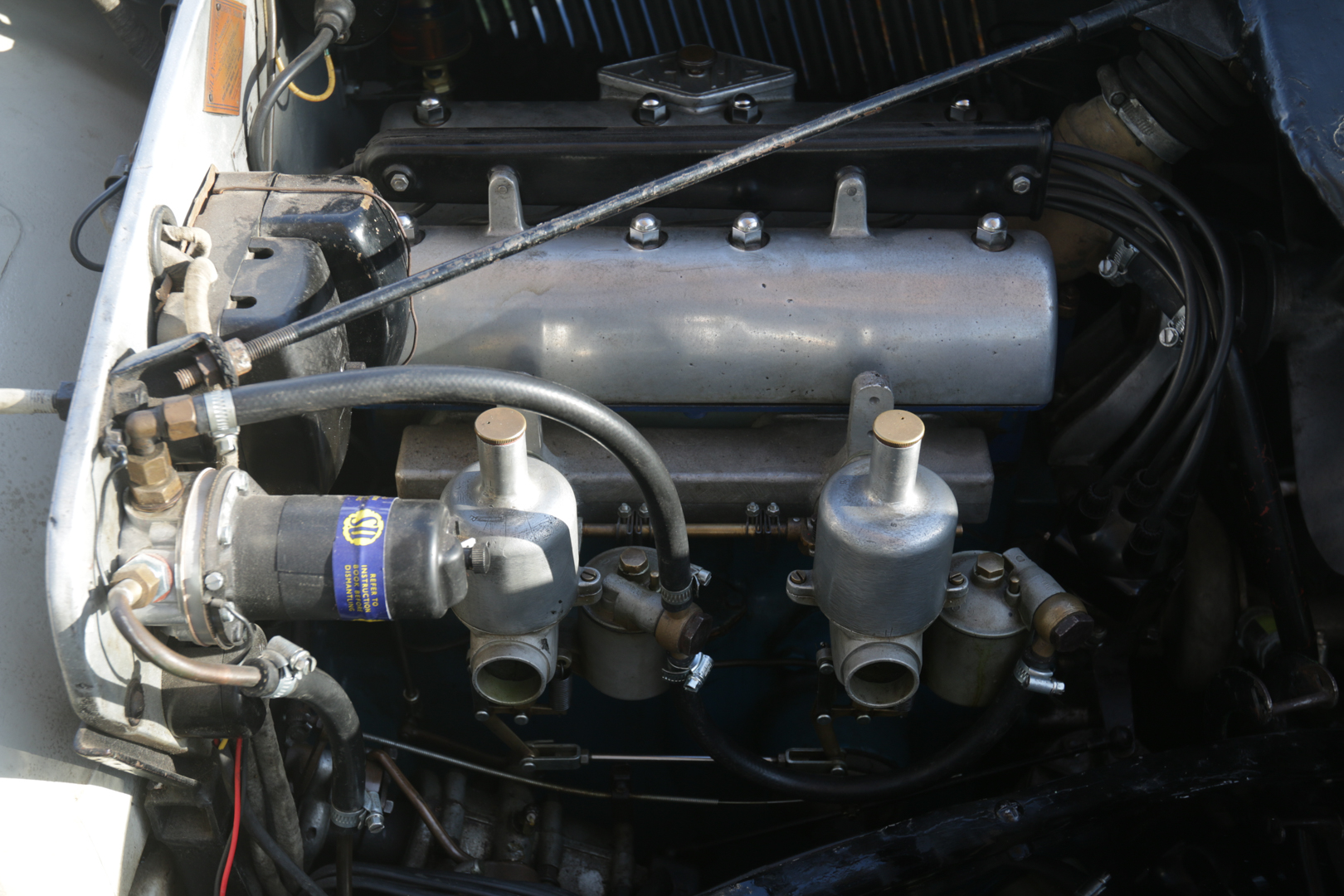 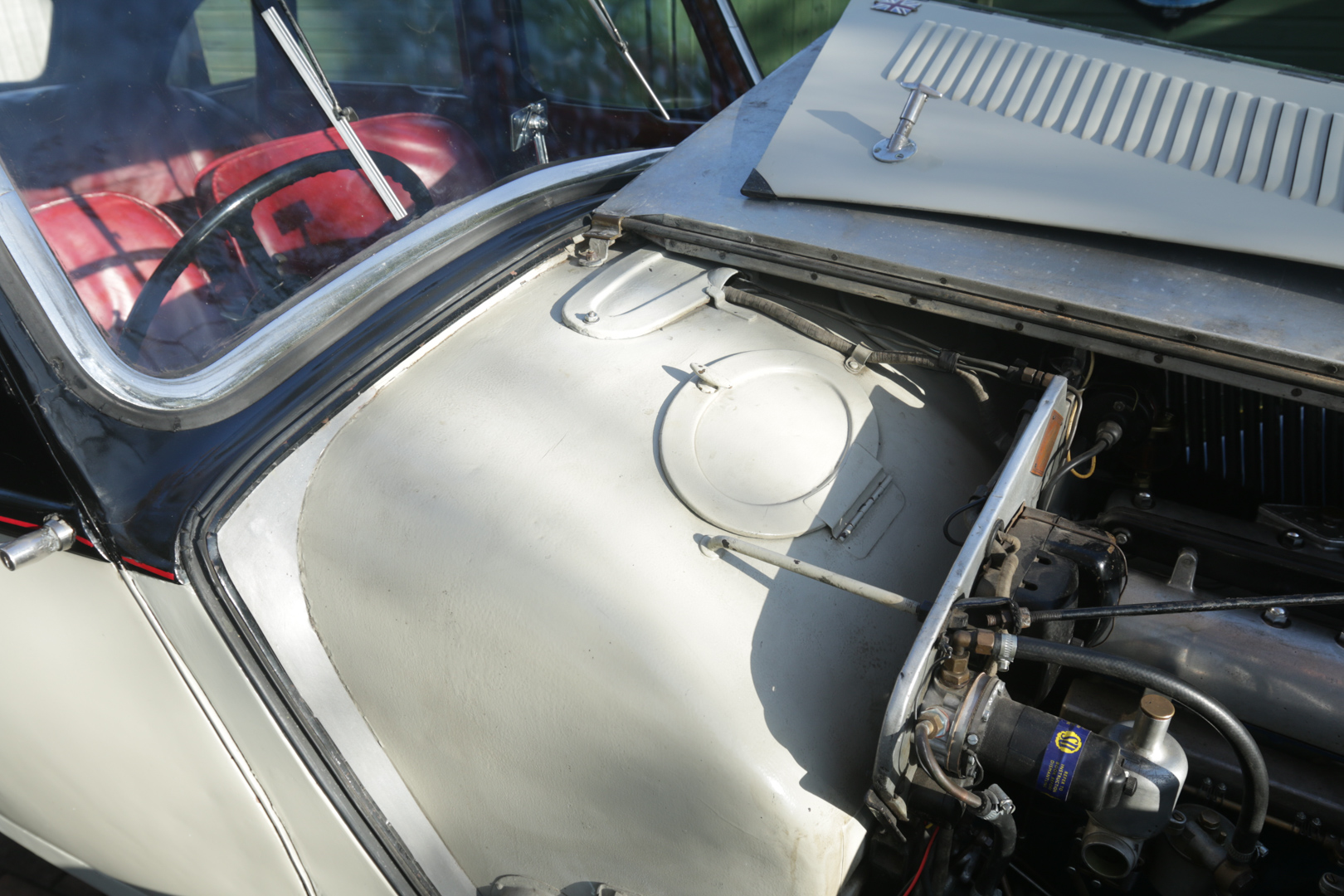 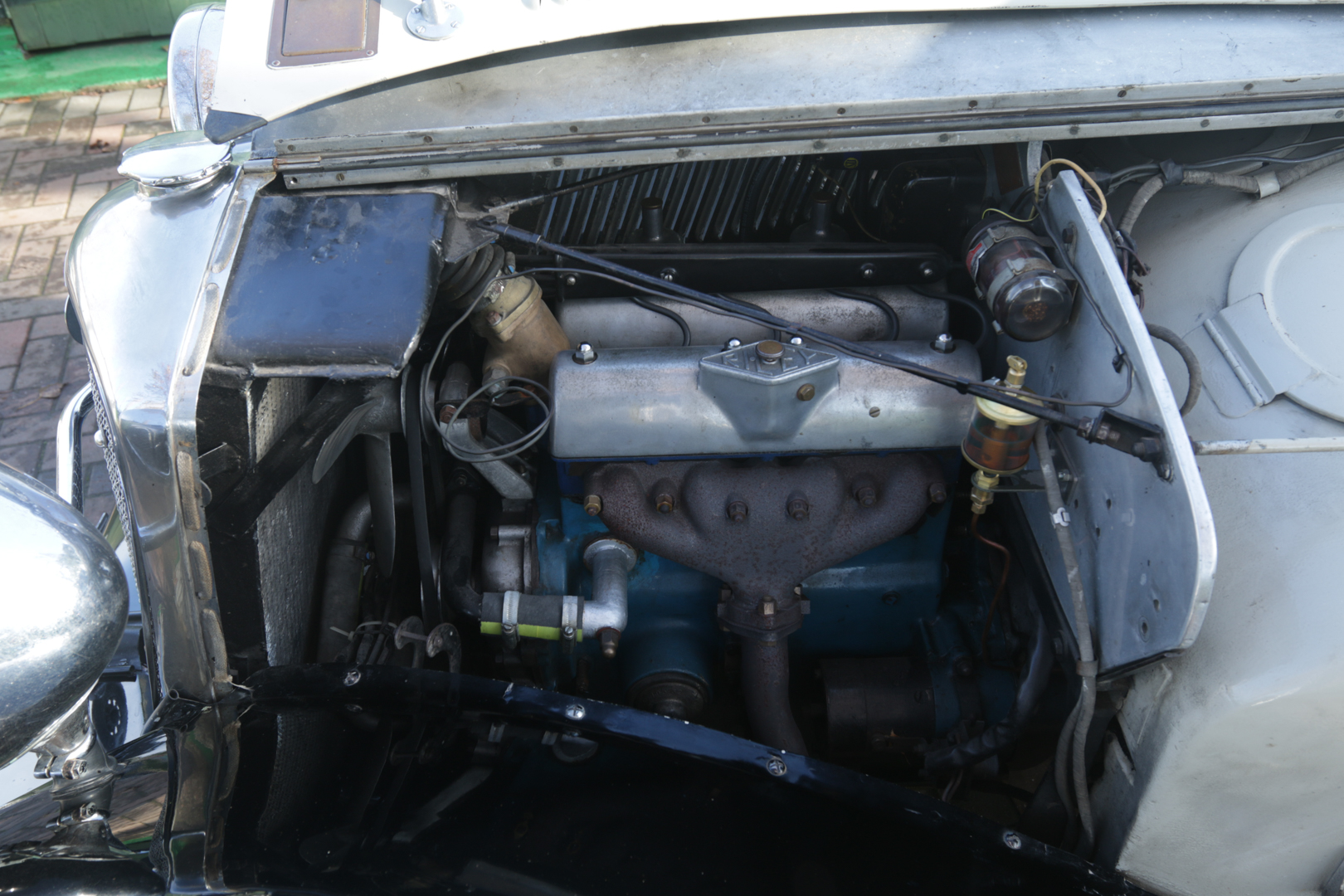 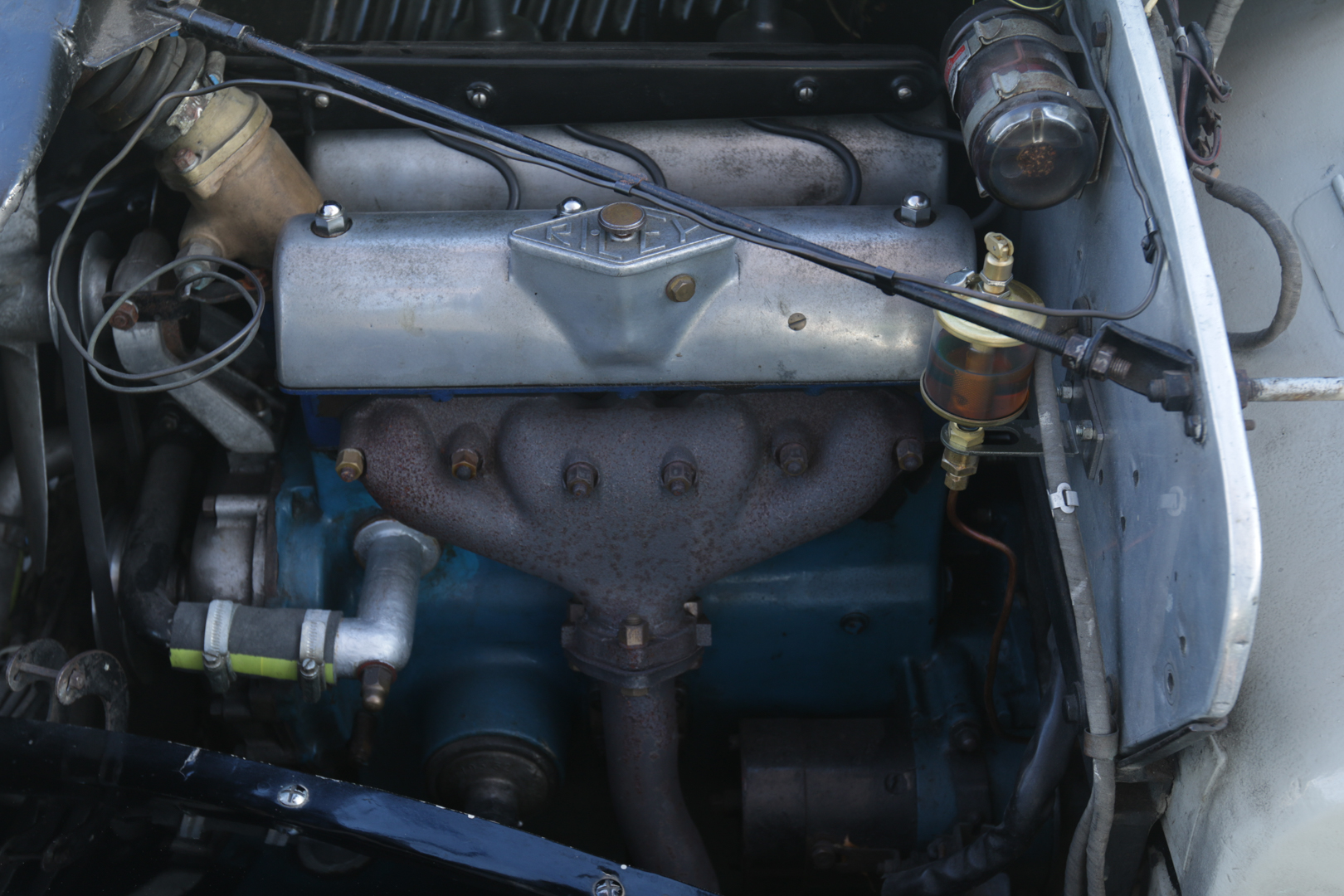 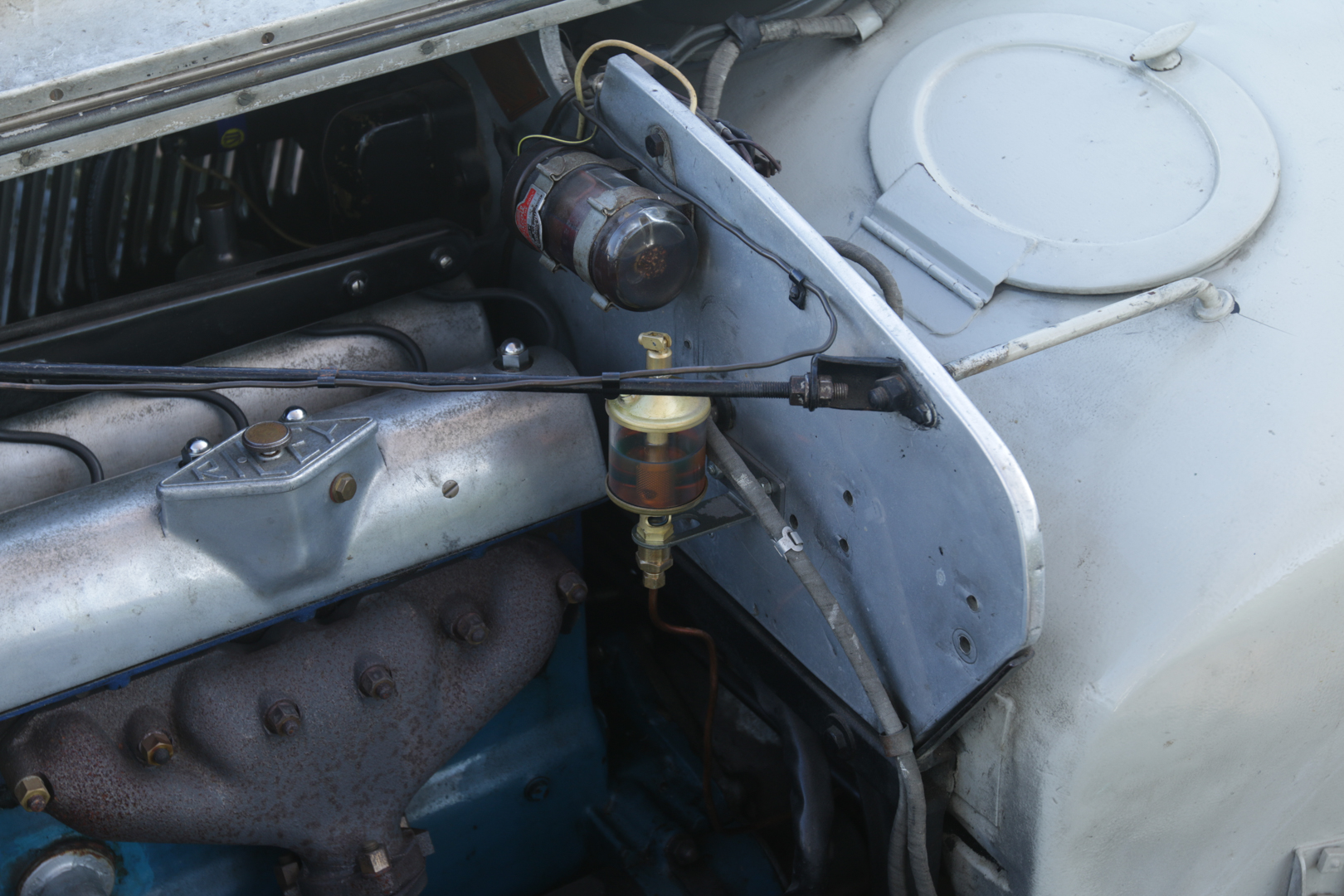 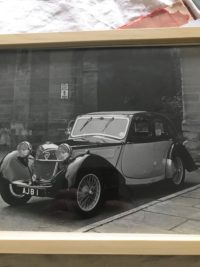 RDV 566 was registered as AJB 1 on the 23rd December 1936 to a R Harris of Maidenhead. (photocopy of entry on file). Unsurprisingly AJB 1 is no longer with the car but on a Bentley! RDV 566 was assigned to the vehicle pre 1954.

This highly desirable sporting car, often considered one of the best looking saloons of the 30`s, is powered by the Sprite Series 12/4 engine with twin Su`s and is mated to a 4 speed preselecta gearbox.

Chassis number SS27K5883 was subject to a complete rebuild by Howard Braithwaite and a letter to the Editor of the Riley Bulletin published in March 1977 supports this. Interestingly the car has no running boards and aluminium wings which it is believed were as it left the factory and for possible competition use. Any further information on this would be much appreciated.

Invoices on file from Blue Diamond Services in 2008 outline major works totalling £17,000. The car has not been used much since .

Recent expenditure in 2020 at Blue Diamond in Bicester totals over £2000 and includes relining the brakes and overhaul, service, bushes in the steering box and a new fuel pump.

RDV 566 starts and runs well but having sat idle for the last 5 months is in need of a new custodian who will drive the car more often.

The black over cream bodywork has good shutlines but the paintwork is in need of some TLC. There is evidence of microblistering and the bulkhead could do with a repaint. The car should be described as a driving restoration; perfectly usable `as is` but with potential for improvement. The same applies to the upholstery. The red leather seats are not fluted and well worn. The doorcards are however nicely patinated and original. Ashridge on sale would be happy to quote for the reupholstering of the seats.

All in all a Sprite Series Kestrel, a rare and impressive sight at an attractive price.