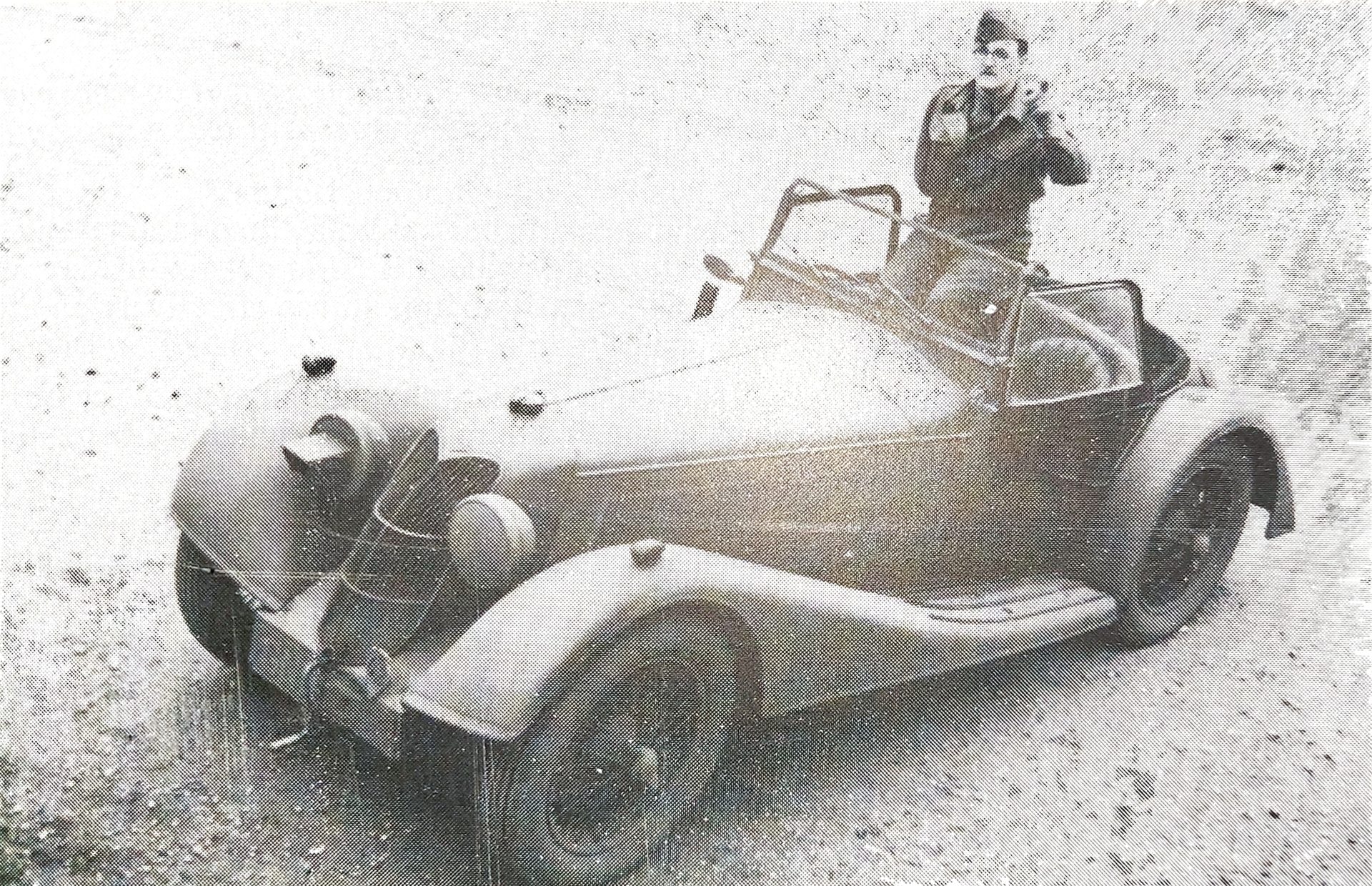 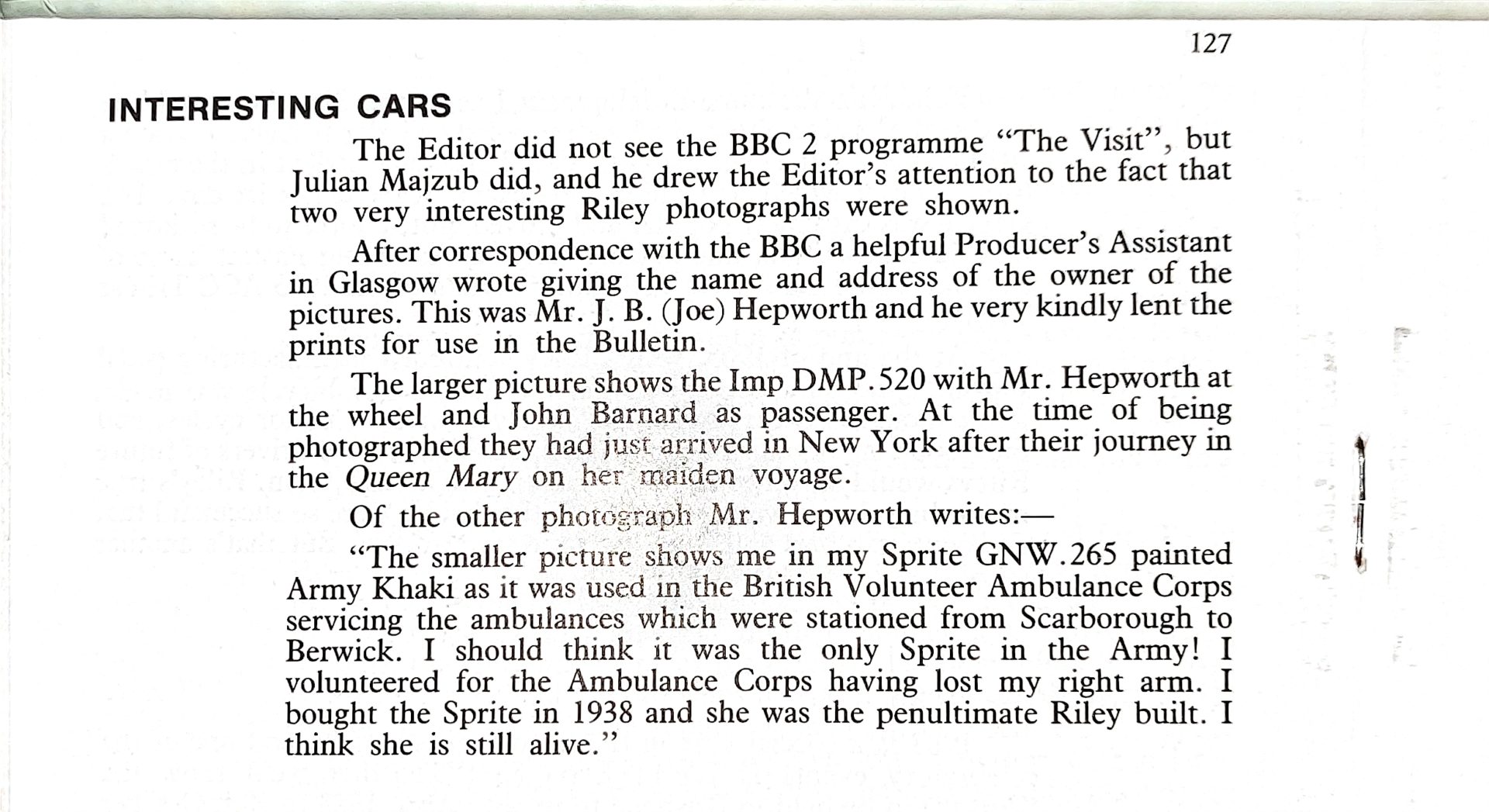 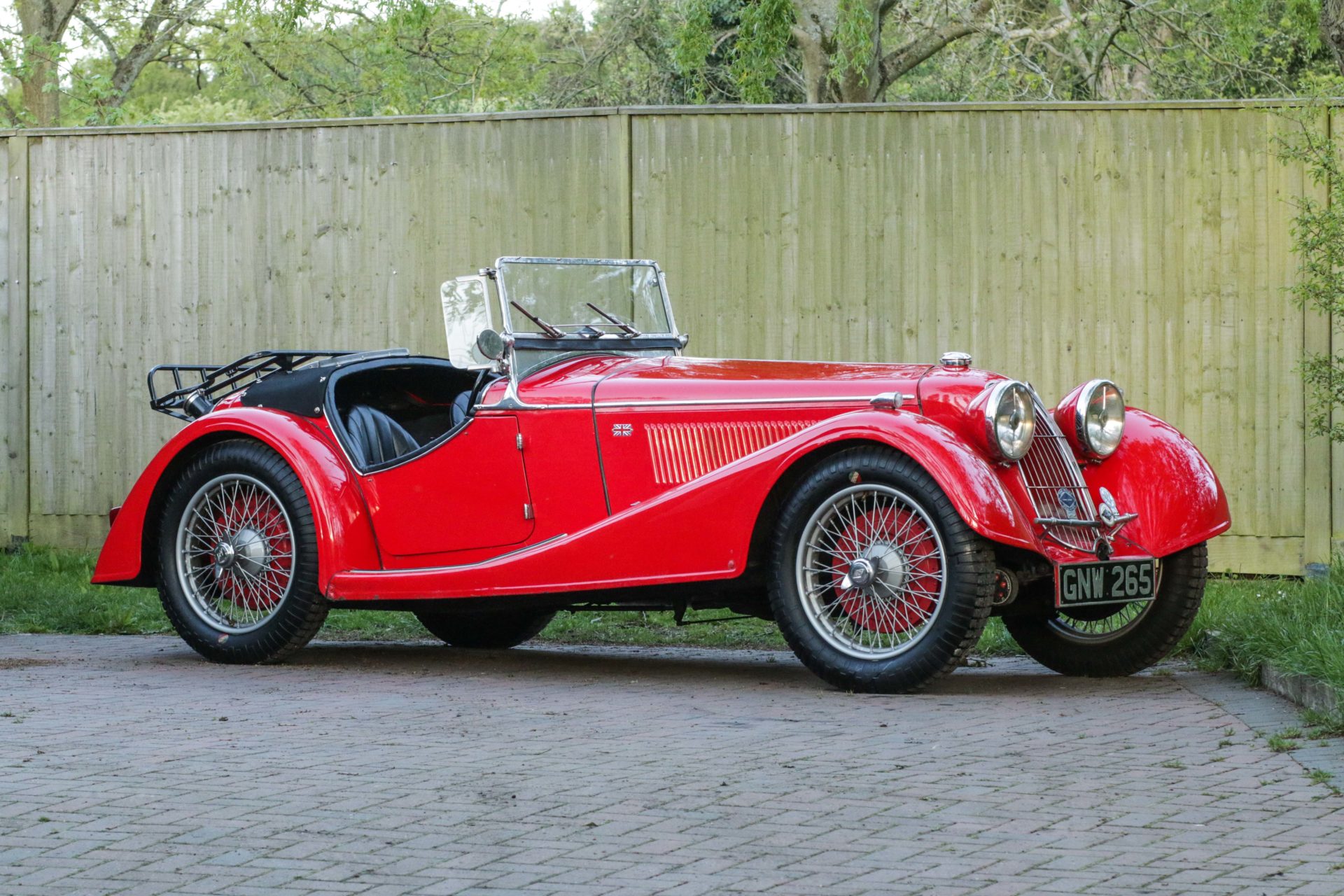 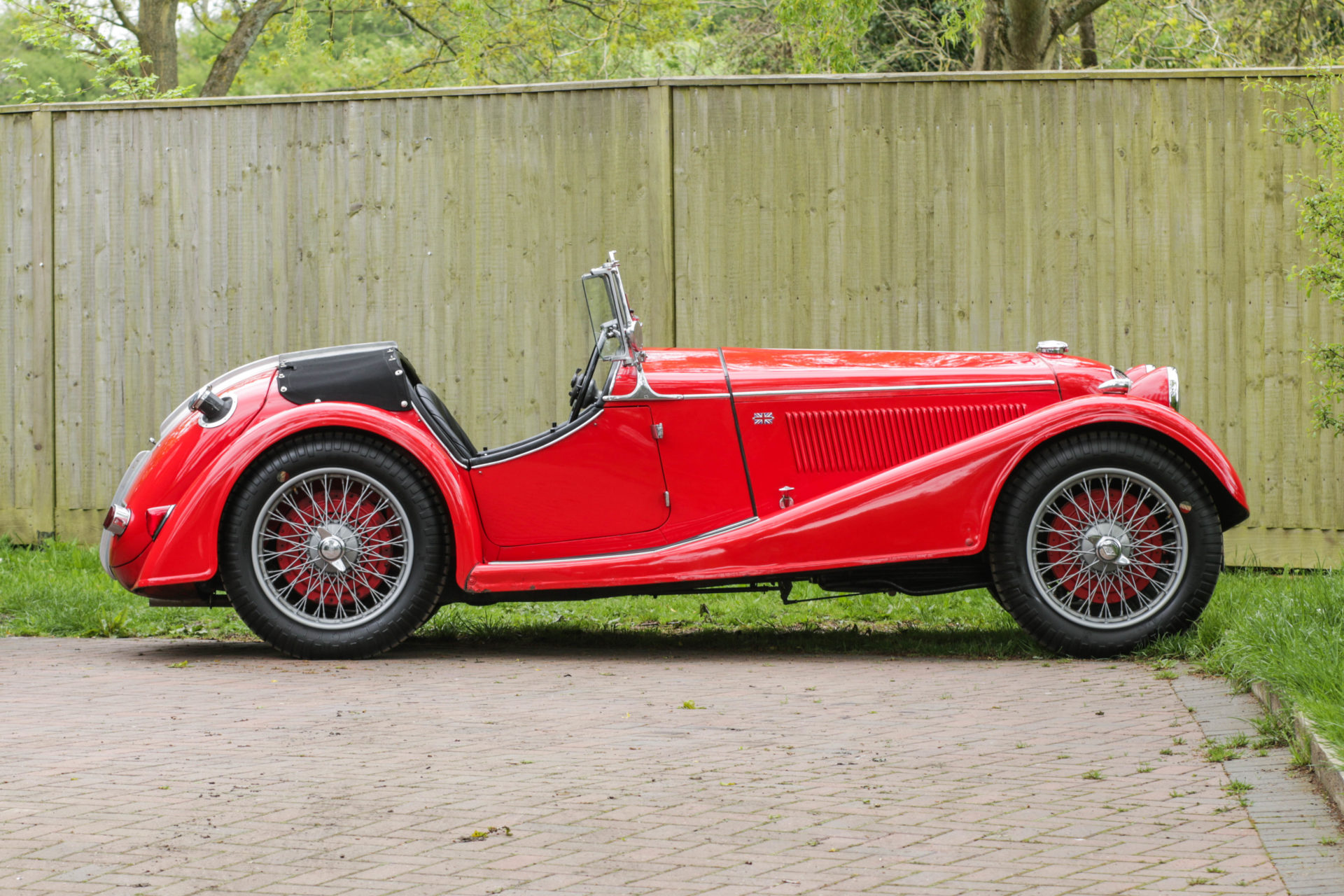 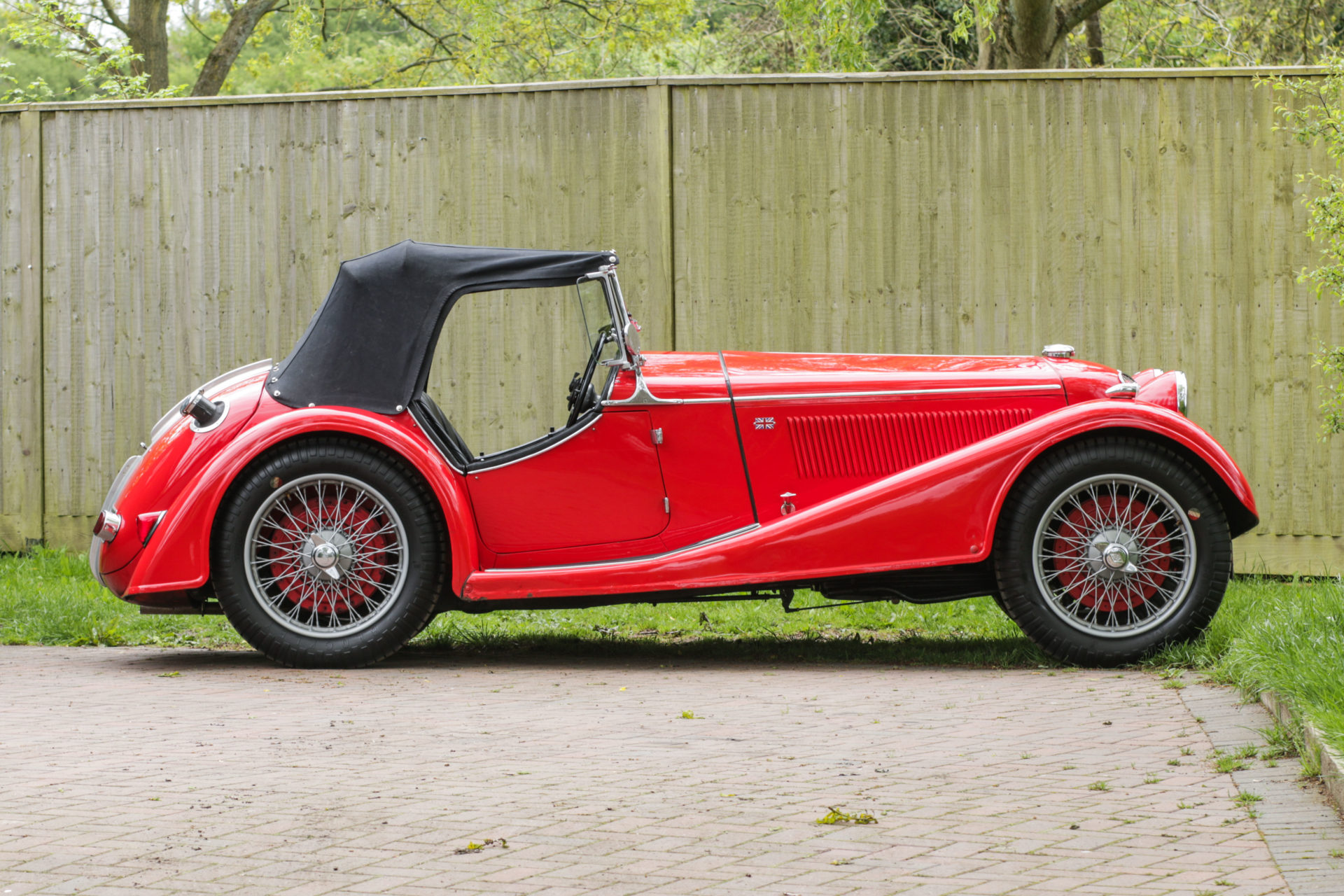 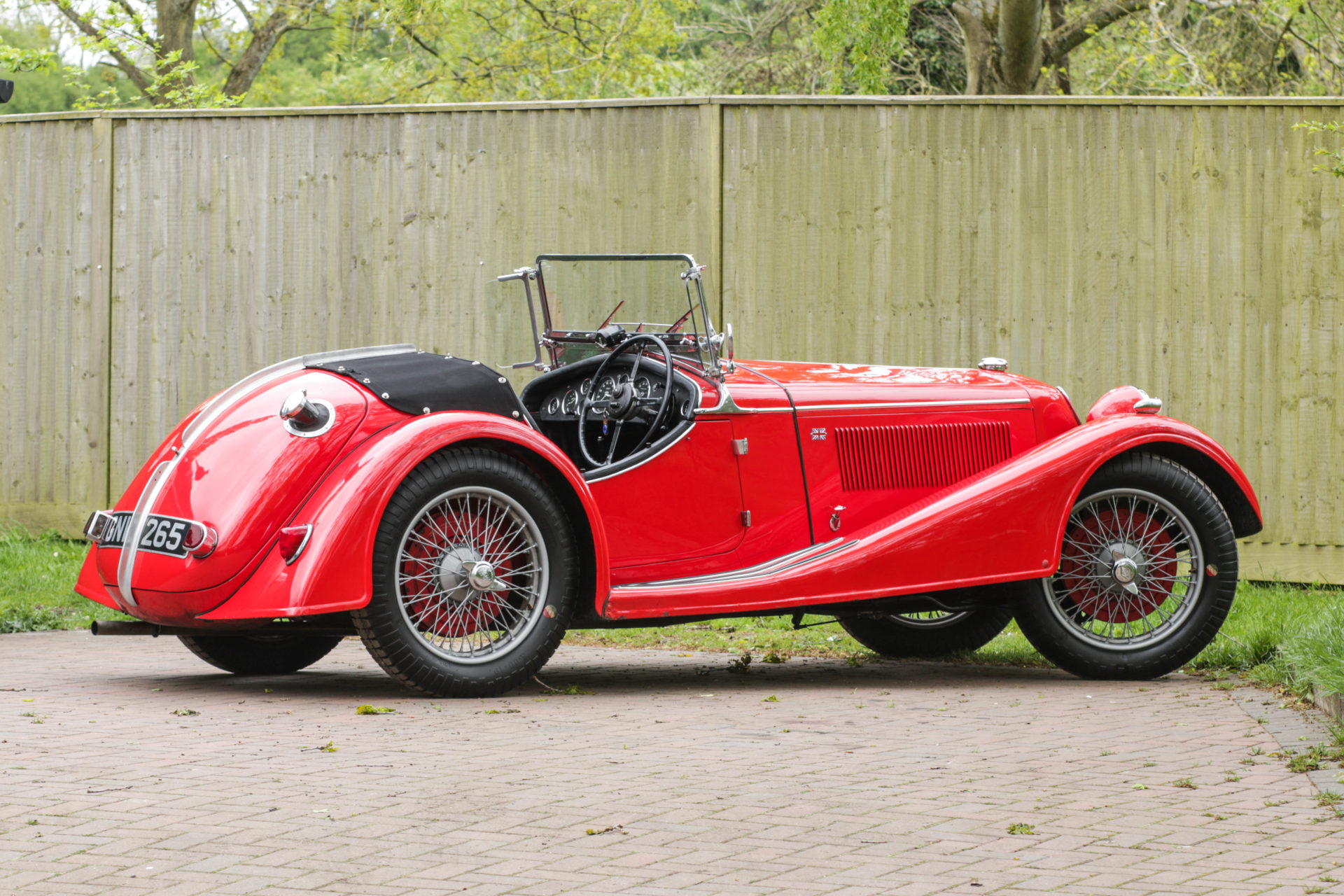 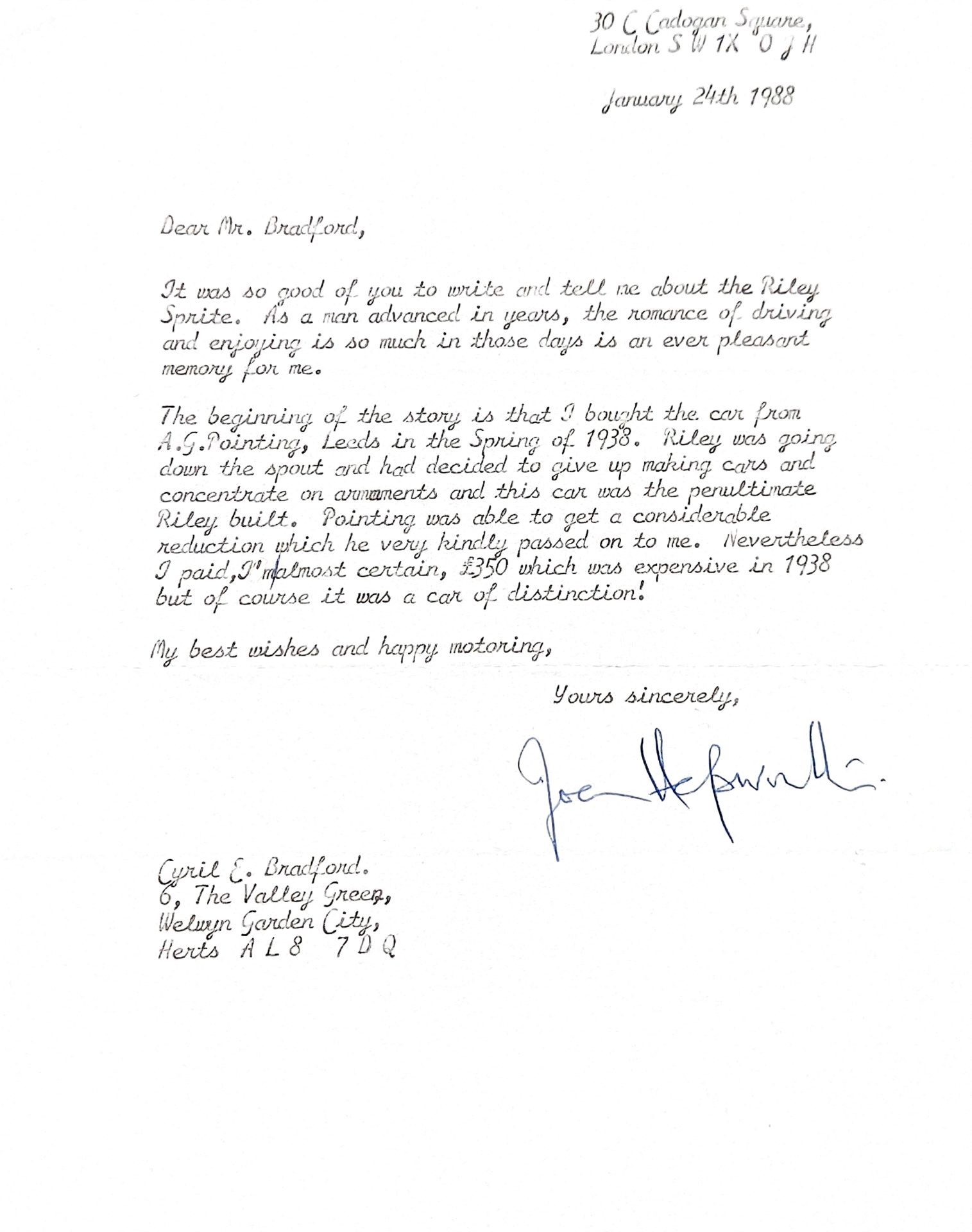 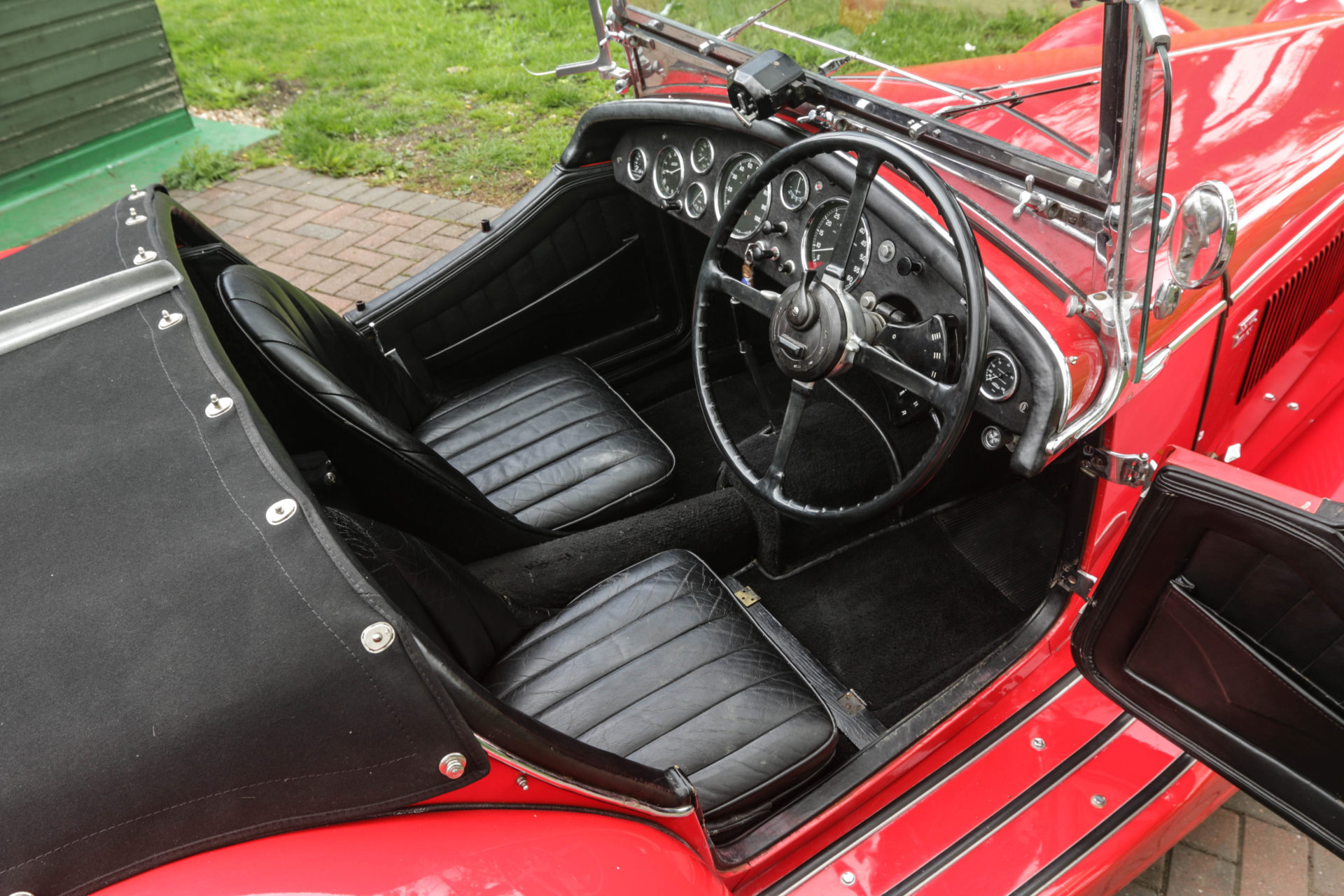 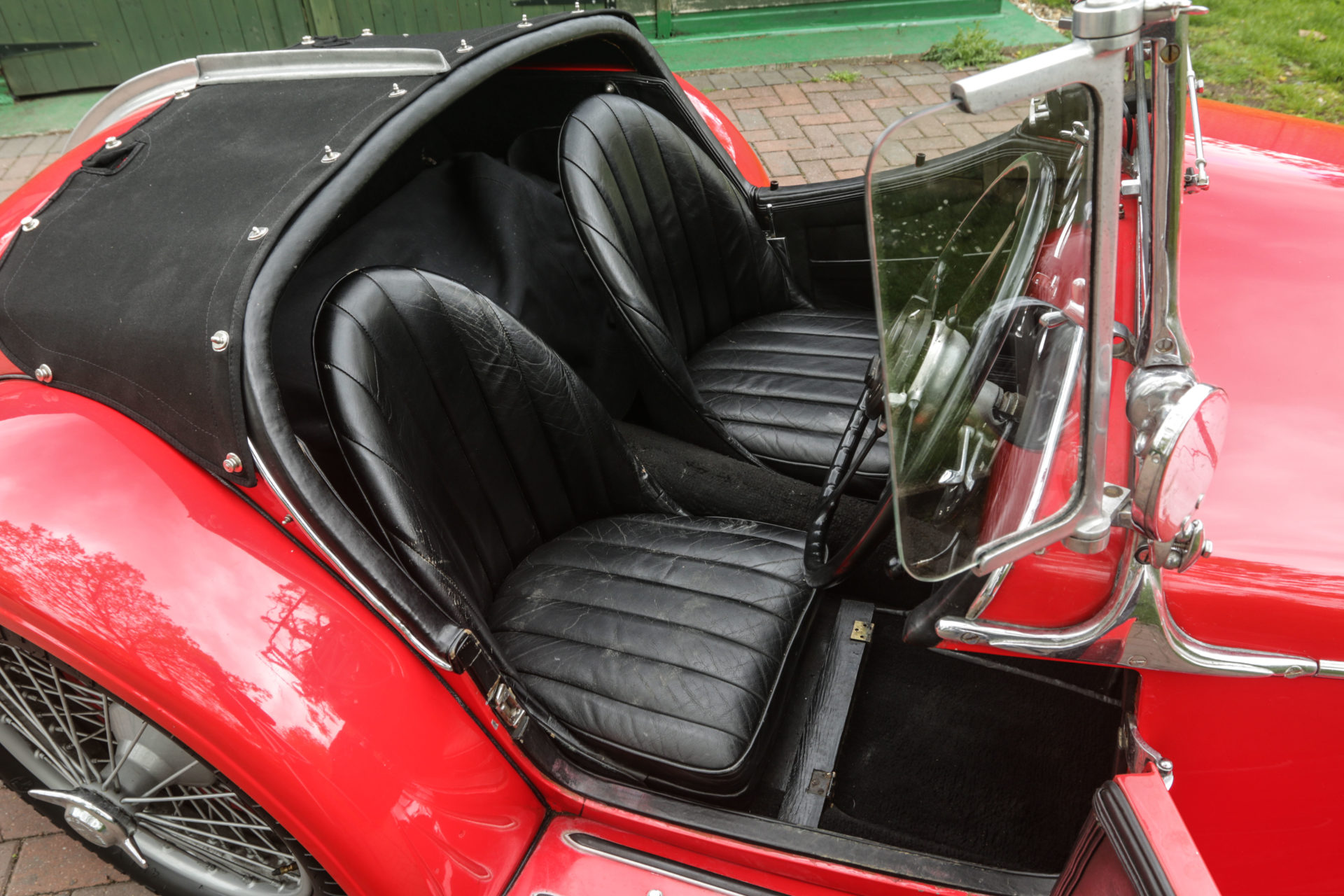 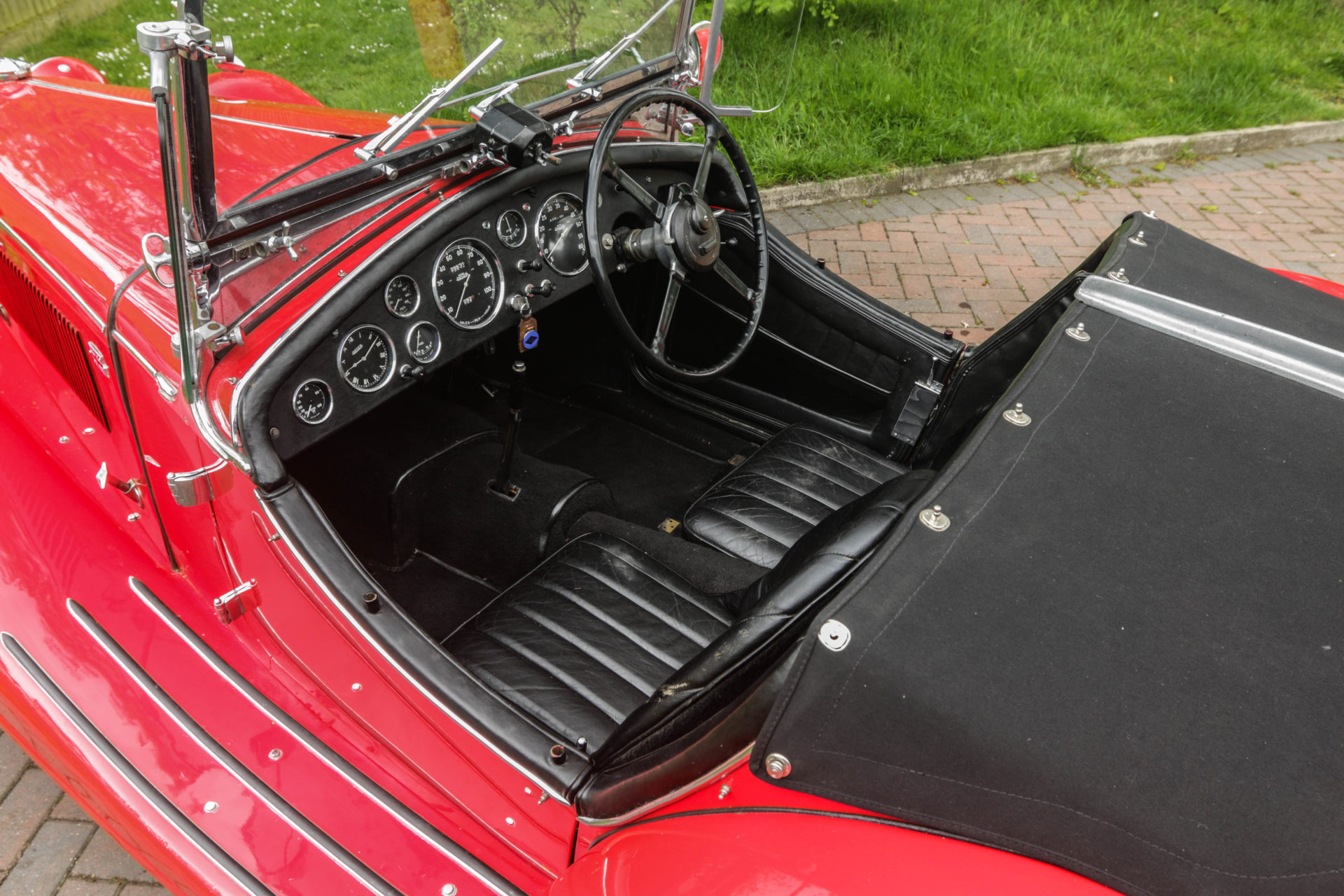 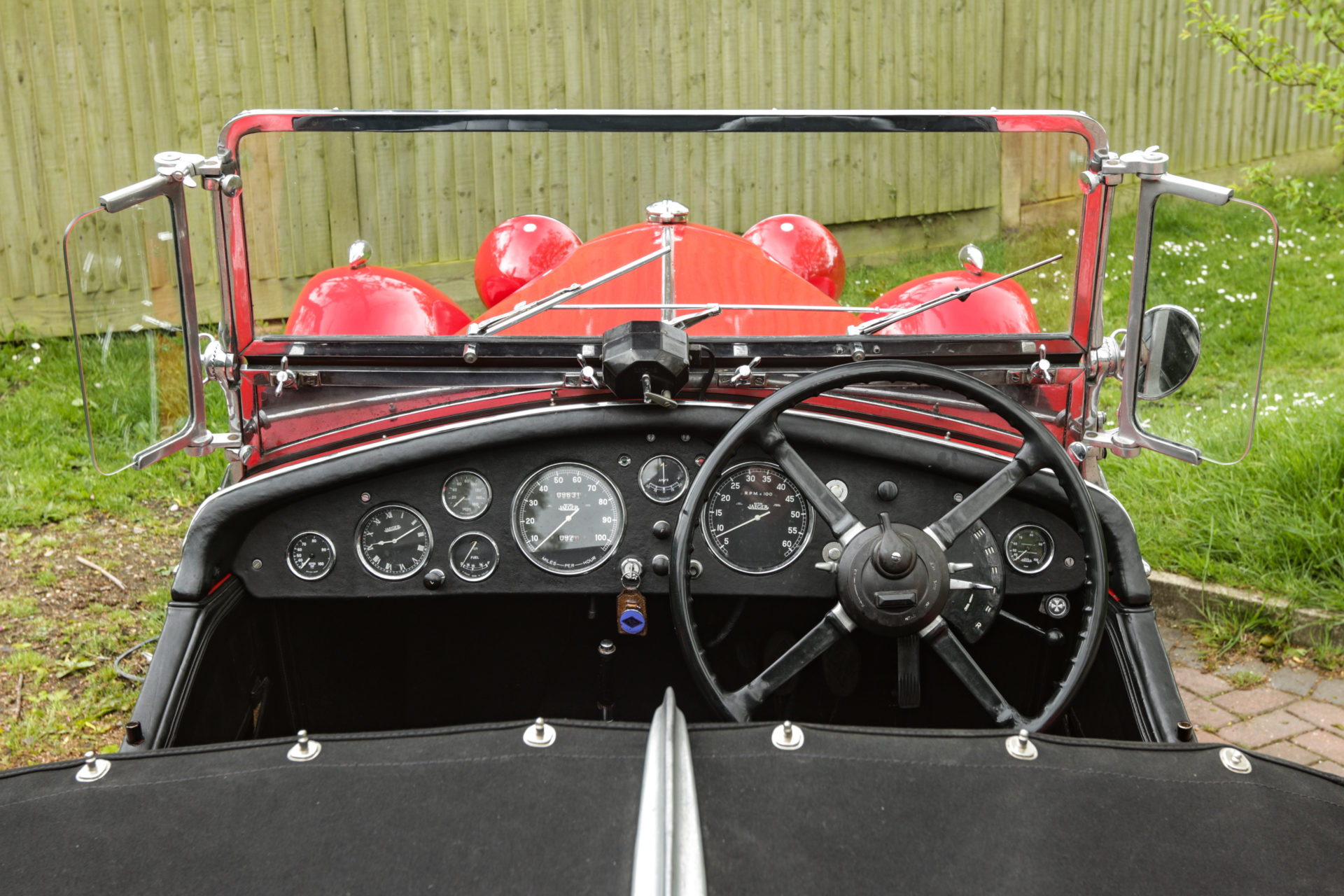 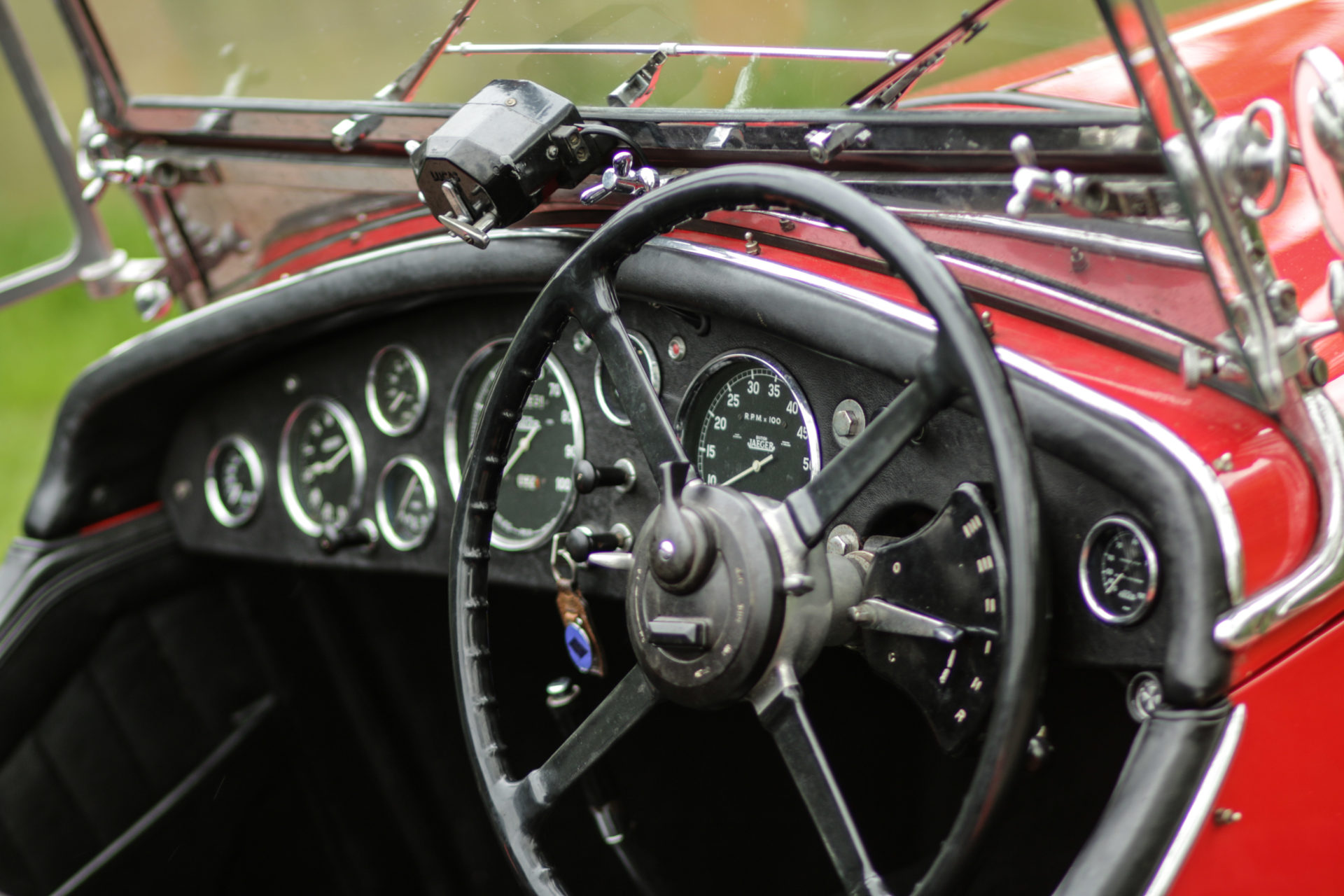 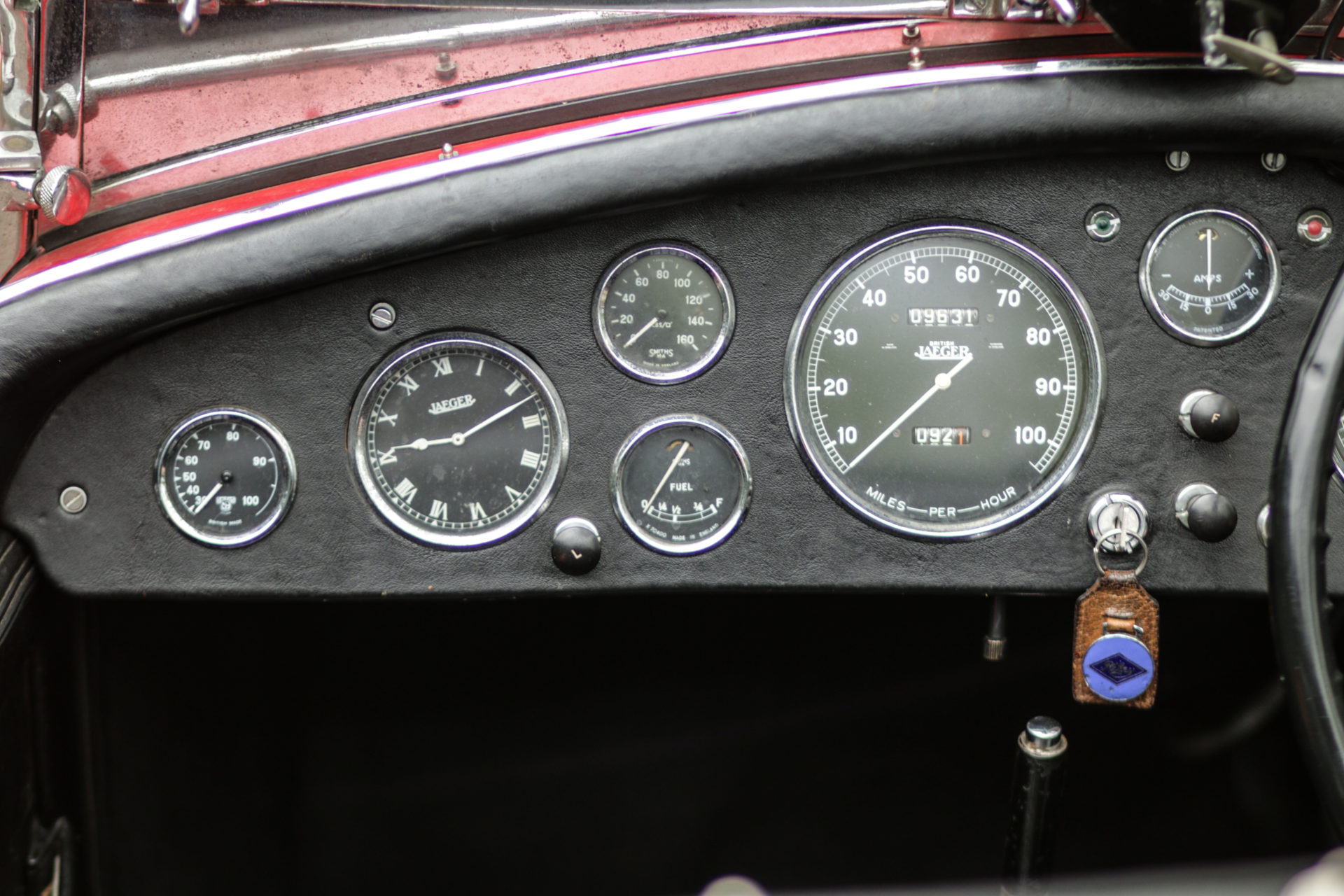 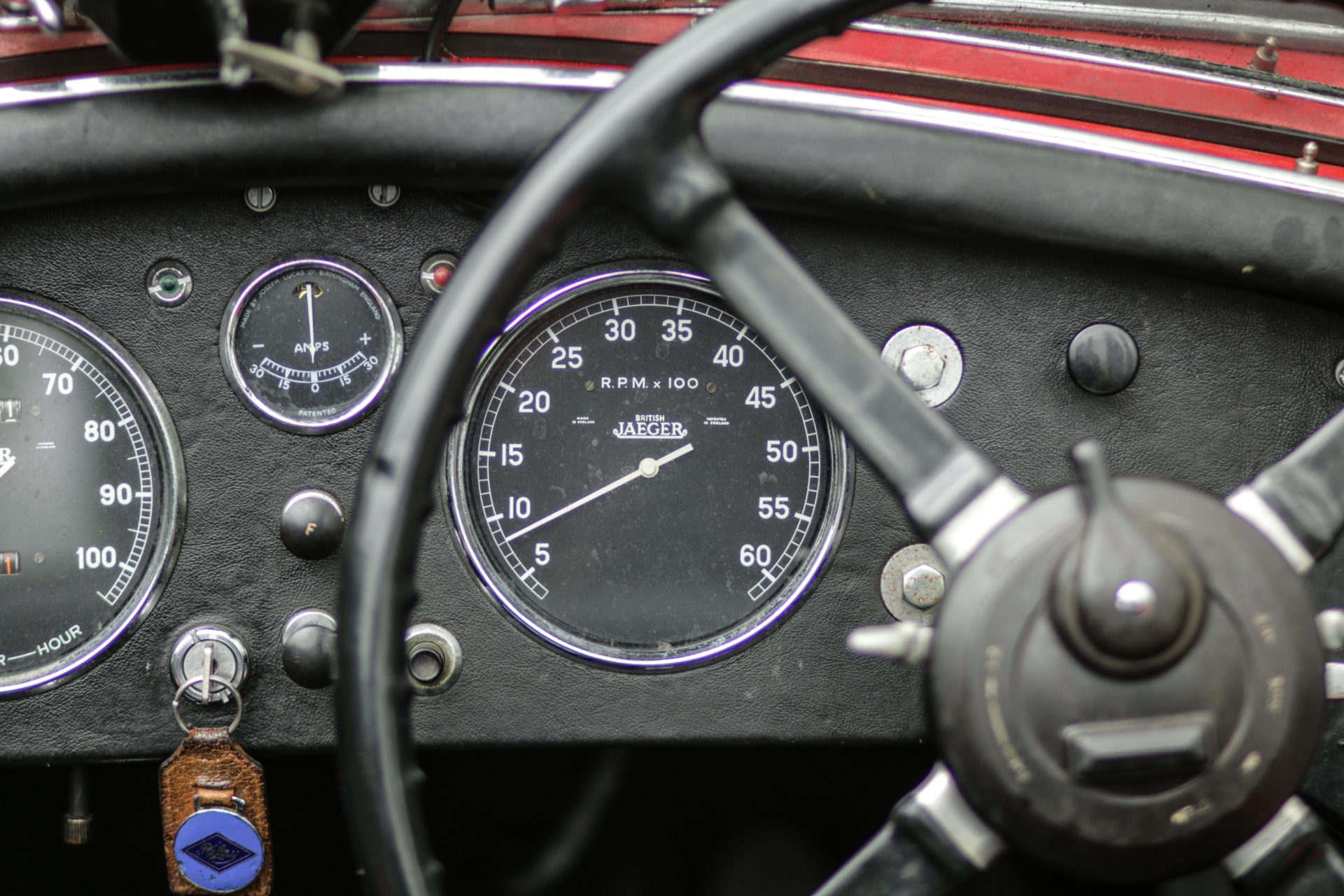 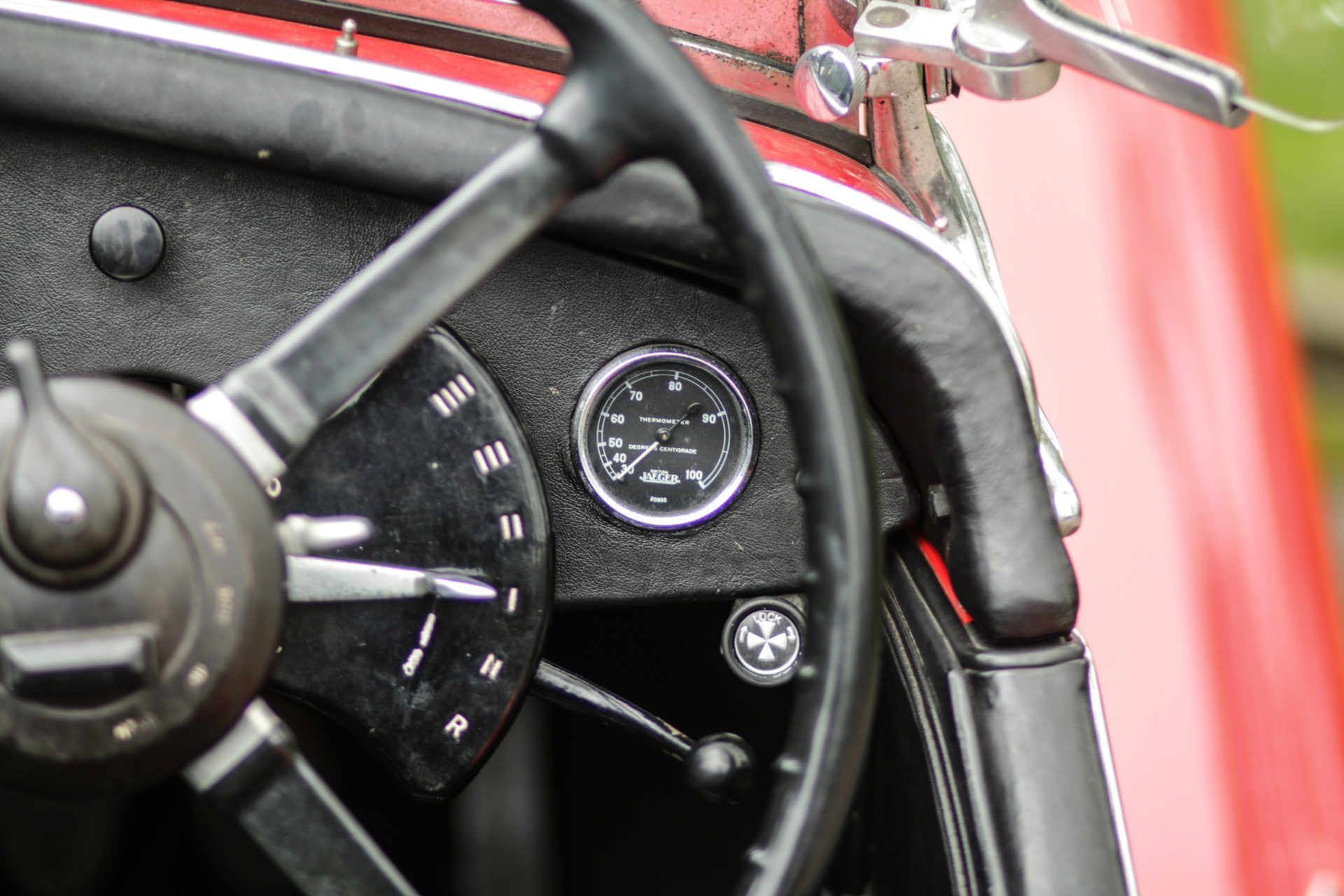 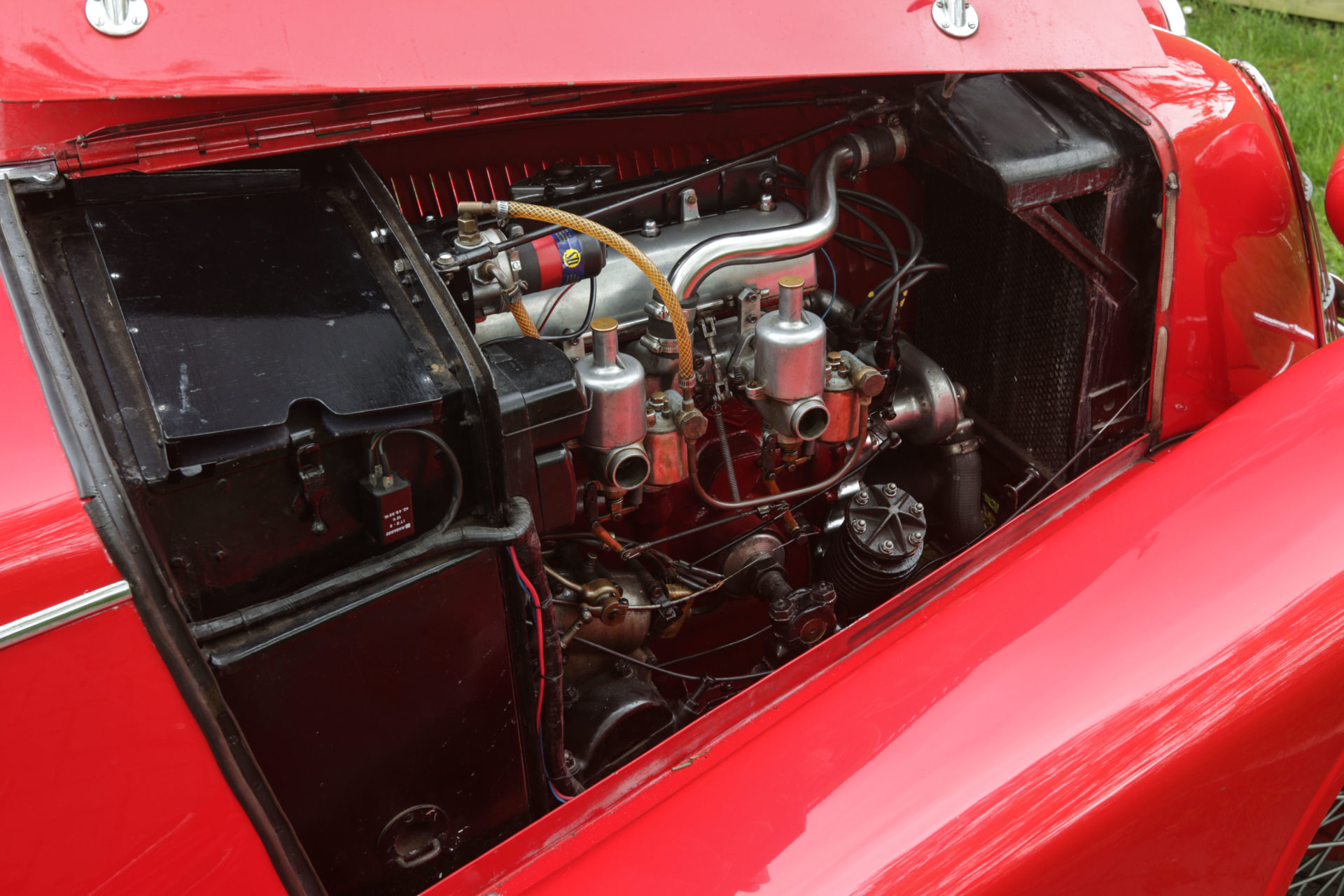 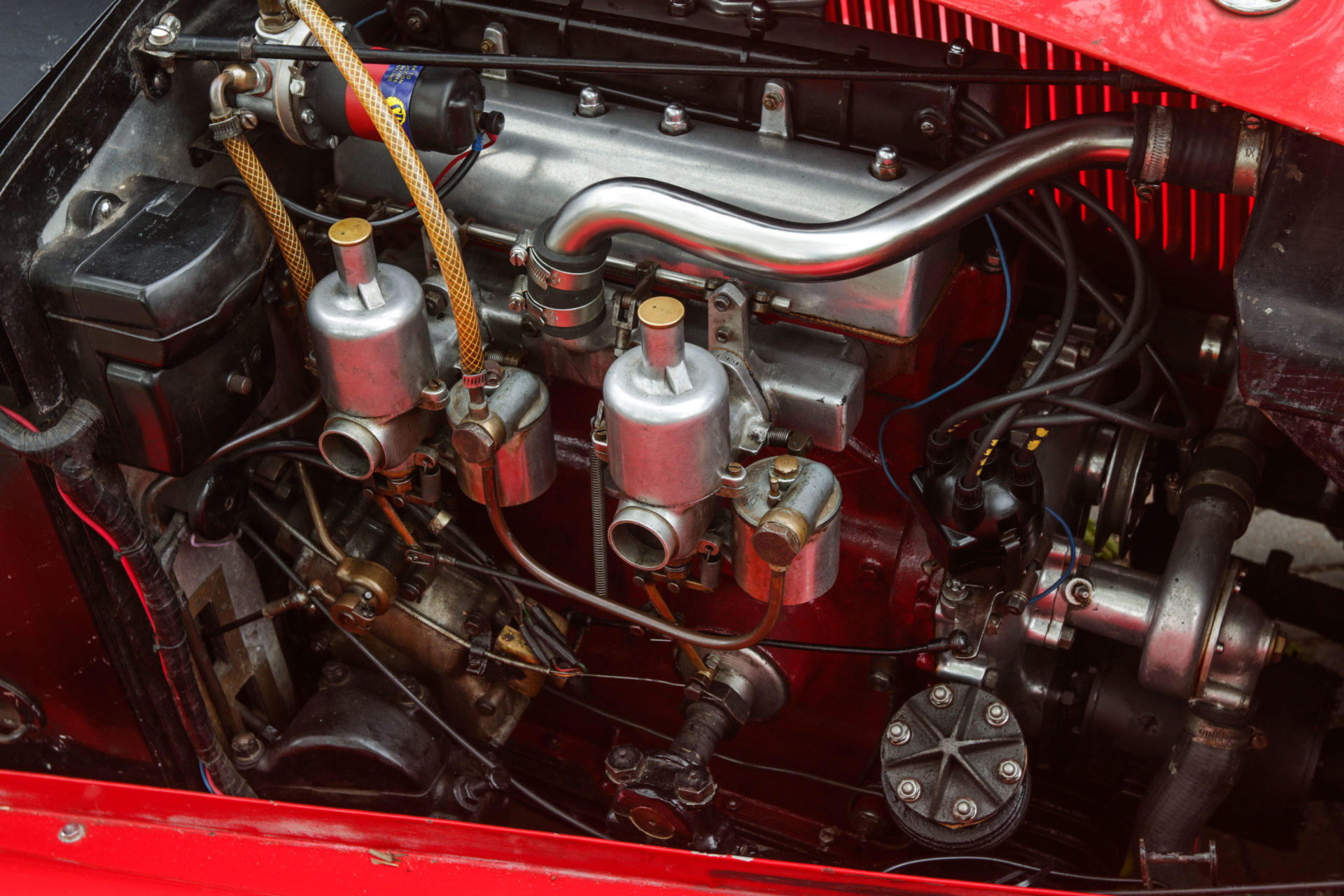 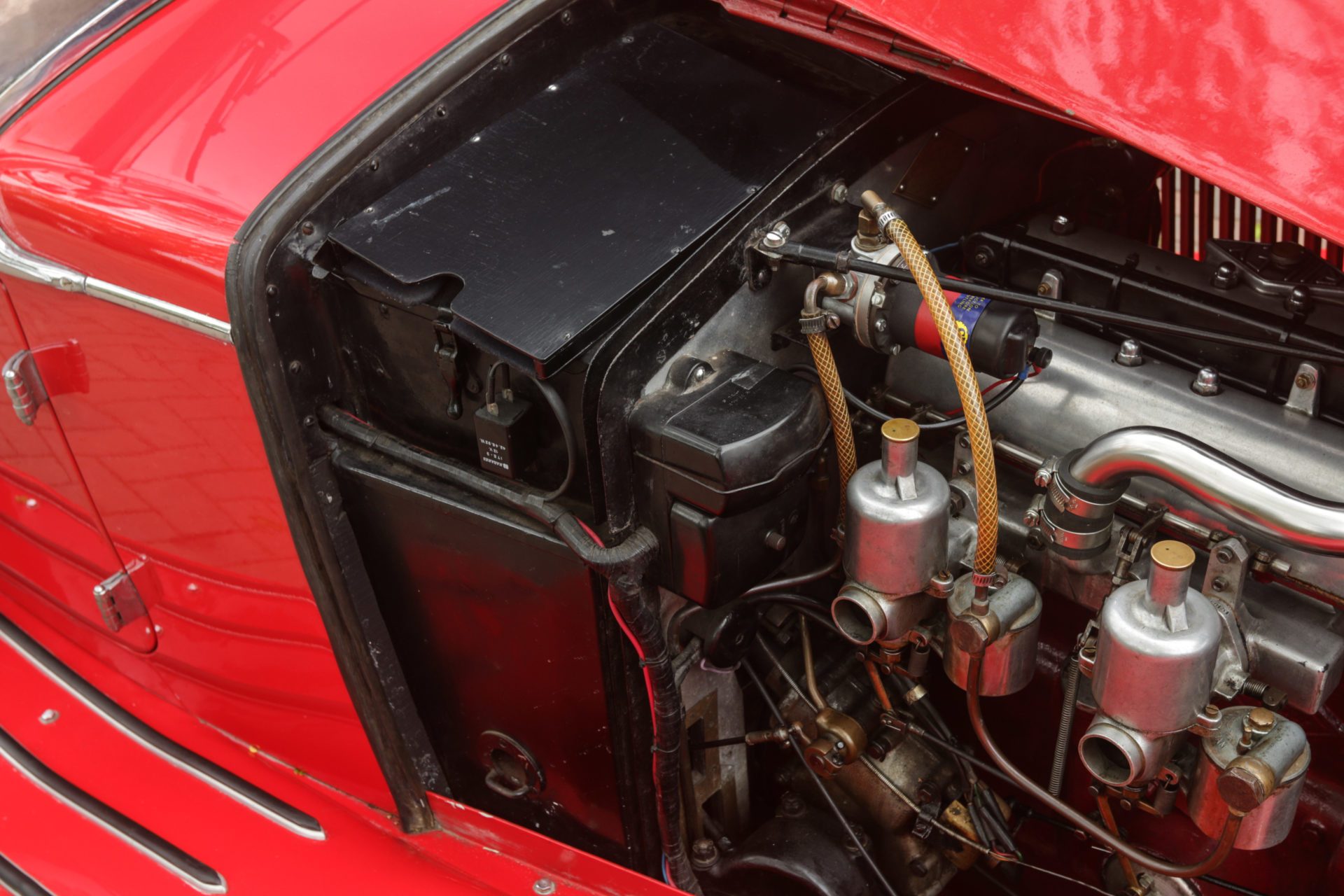 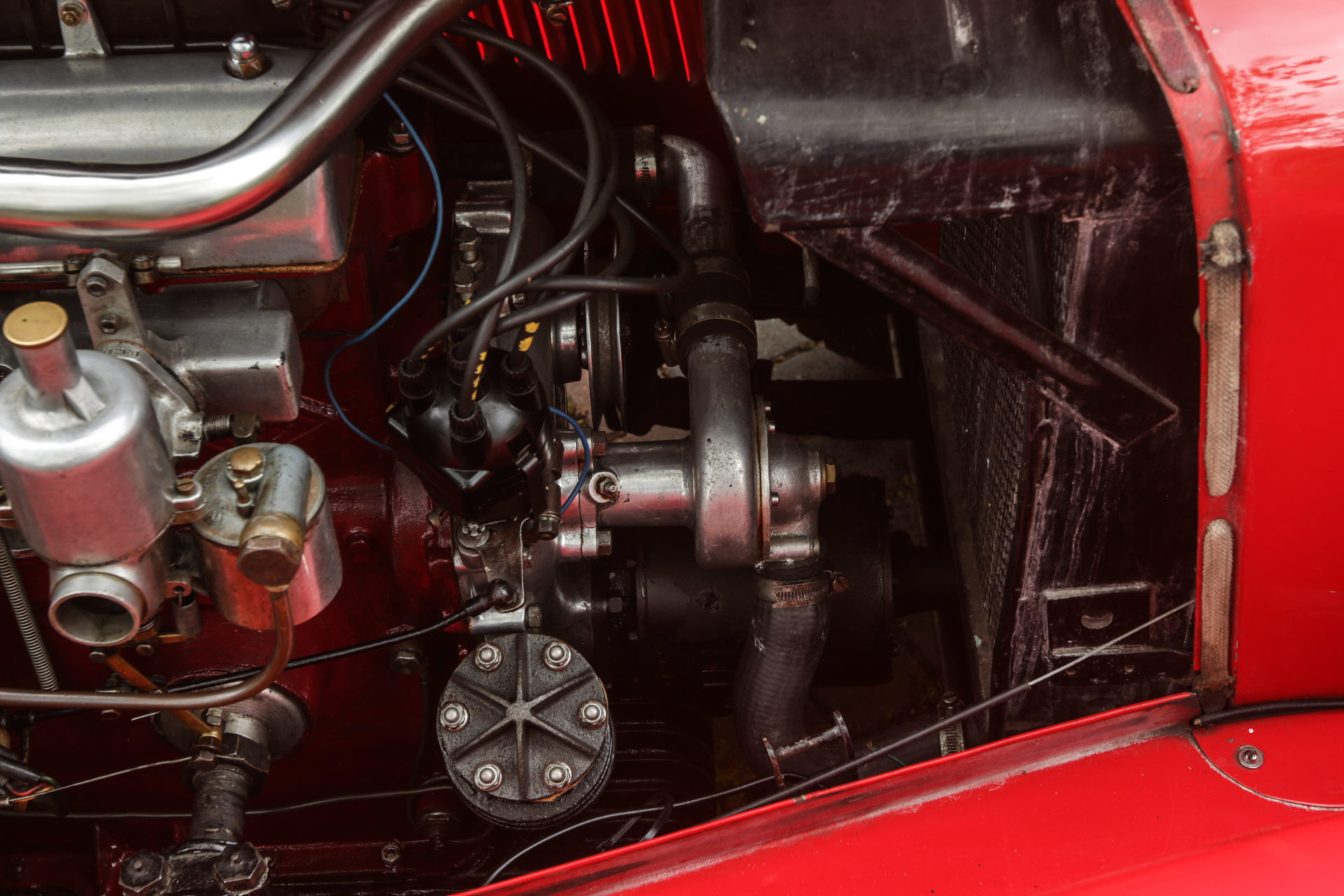 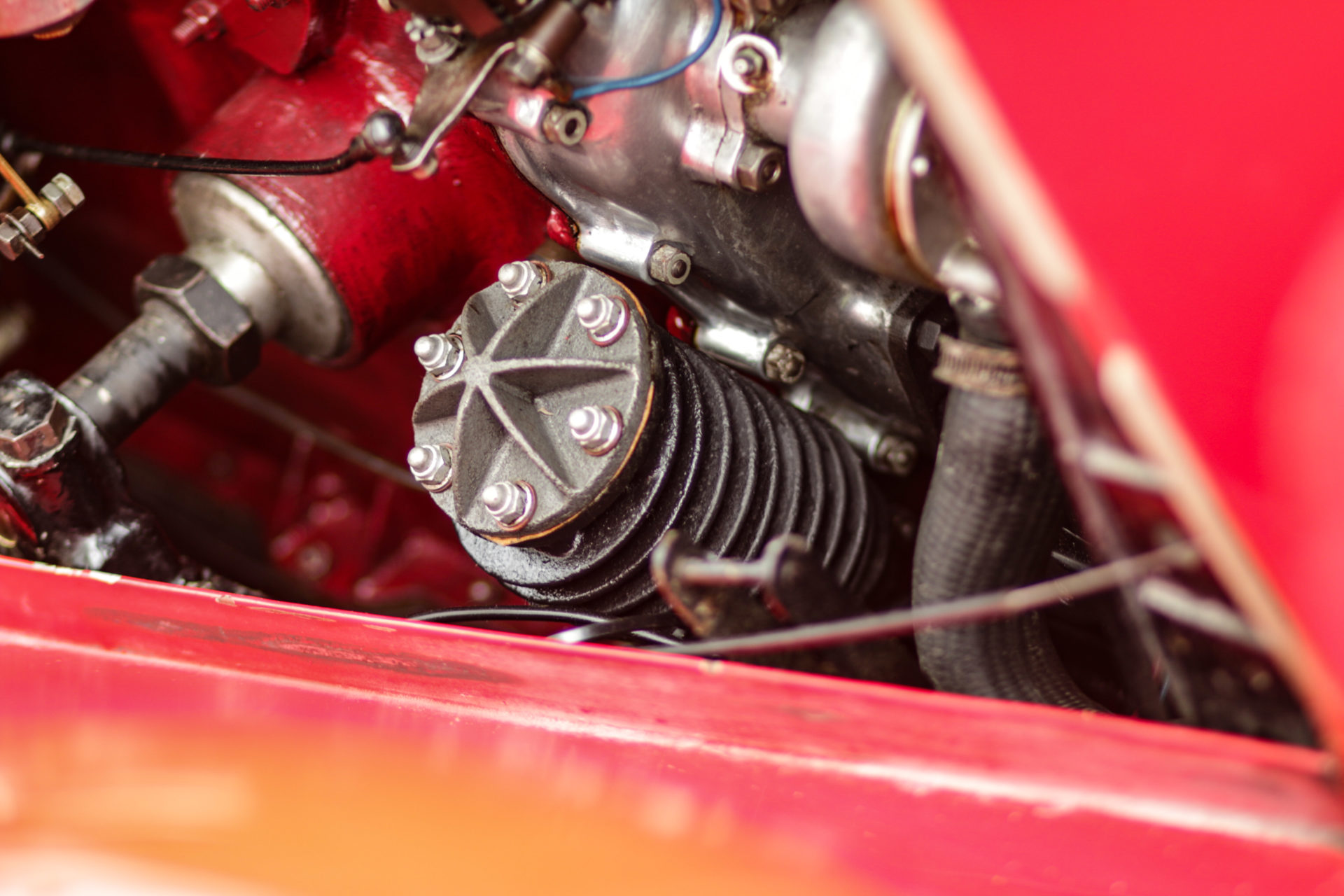 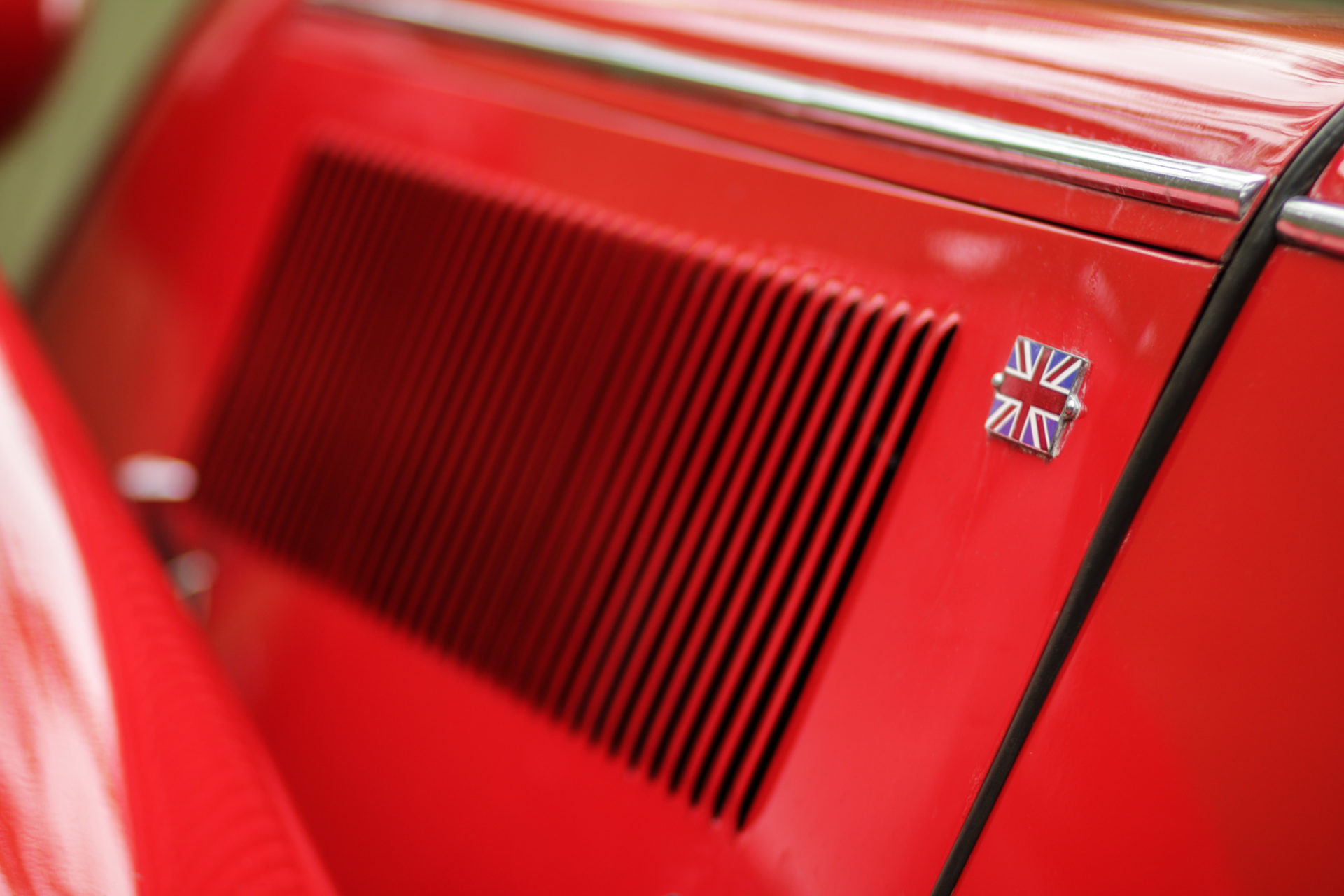 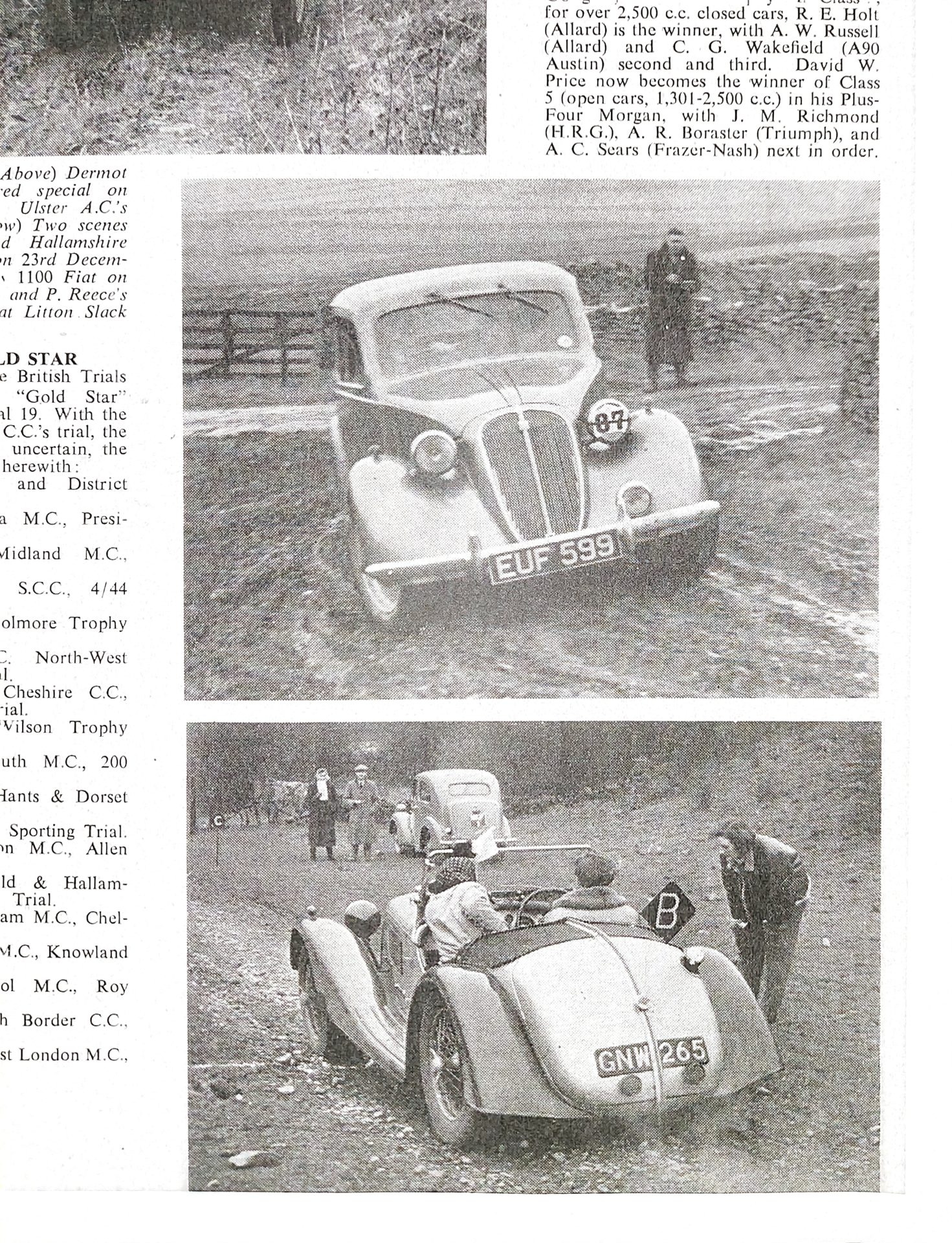 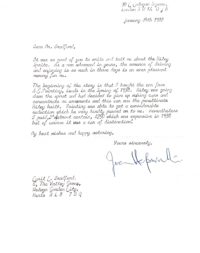 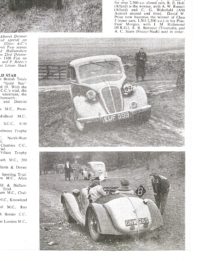 A rare opportunity to acquire one of the last of the 51 Riley Sprites ever built.

Introduced in 1935, the Sprite was built for the growing demand for an enthusiast’s sports car as a result of Riley’s vast successes in competition. Based upon the MPH, the Sprite brought considerable upgrades and improvements in performance and usability. The chassis became fully boxed along its entire length and the Riley Continuous Cable braking was replaced with a Girling compensated rod braking system. The 6 cylinder engine was replaced with an uprated version of the now well established 1496cc ‘12/4’ 4 cylinder, which produced more power whilst both weighing and costing less. A choice of a manual of preselect gearbox was available though the majority of Sprites were fitted with the preselect option. In terms of practicality the cabin was enlarged by a few important inches and deeper walled wings were adopted to more effectively catch road muck from the tyres. The unique ‘birdcage’ radiator cowl completed the Sprite look however a traditional Riley chrome cowl could also be fitted. The Sprite was offered at £425 list price, a vast saving over the £550 for the MPH and between 1936 and 1938 51 examples were built, of which 48 are known to survive.

GNW 265 is the penultimate Riley Sprite built. The car was supplied to A.G.Pointing of Leeds and was purchased by Joe Hepworth in May 1938. The car had resided at the dealership for a number of months and, with the Riley company in dire straits since the start of the year, Mr Hepworth was able to buy GNW for £350, a considerable discount over the £425 list price! Having lost his right arm in an accident but still determined to contribute to the war effort, Mr Hepworth would volunteer for the Volunteer Ambulance Corps and, with GNW repainted in khaki, would use the Sprite as a surely rapid servicing vehicle!

After the war the car was acquired by Blakes of Liverpool and used as a trials car, the khaki removed at this point with the car painted silver with maroon wings and upholstery. A photo taken on 4th January 1951 shows the car on Litton Slack at the Derbyshire Trial confirms this. The car then passed through several owners throughout the 1950s and finally Dr E.R.Geed in 1965, who continued to trial the car until his passing in the early 1970s. The car then languished for a number of years before it was purchased by Cyril E. Bradford in 1979, who then carried out a total body off restoration. The restoration was completed in 1982 and was successfully campaigned in the following years, winning a number of concours including the Mahler Muller Trophy at Coventry in 1982. GNW has remained in the family and has been well travelled by sons Geoffrey and Richard since 1990, attending events such as Angouleme and most recently the 80th Anniversary Sprite Tour in 2015.

GNW benefits from having a rebuilt engine, built up and fitted during 2019/20. The original Sprite components of the engine such as the large capacity sump and competition oil filter are all present. With Covid preventing any extensive driving the new engine has only been used for around 100 miles and thus is still in it’s bedding in period. If so desired, Ashridge will (happily!) drive the rest of the bedding in of the engine mileage upon sale.

Being a frequently driven example, GNW drives well and can accommodate the taller driver, the larger cabin and taller windscreen than on the Imp/MPH providing much more legroom and headroom with the roof up. The driver’s seat has been set back and bolted into the floor to provide additional legroom. The rear divider has been removed as a result but is still present with the car and the seat can easily be refitted onto the hinges that are still fitted to the floor. The useful luggage rack has been fabricated bespoke to the car, is fitted non intrusively and can be removed in a couple of minutes. The aero screens double as wind deflectors and are removed and fitted to their mounts when the windscreen is folded down or alternatively be stored in their compartments in the engine bay.

One of the iconic sports car of the 1930s, suitable for road use and eligible for many events including the Mille Miglia and Flying Scotsman. Serious enquiries welcomed for this fabulous car.