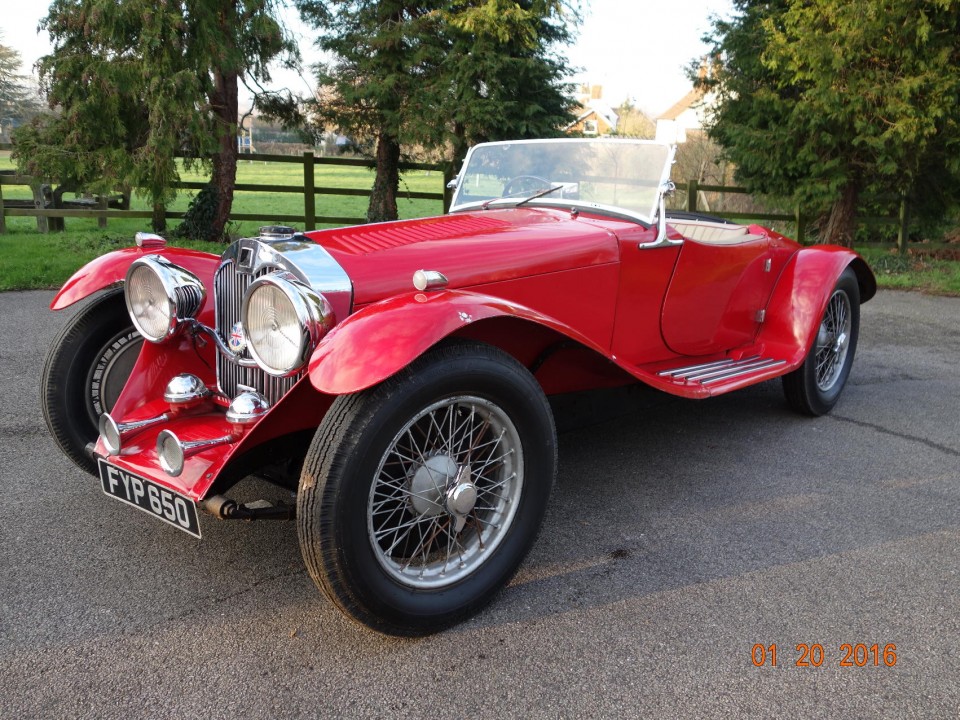 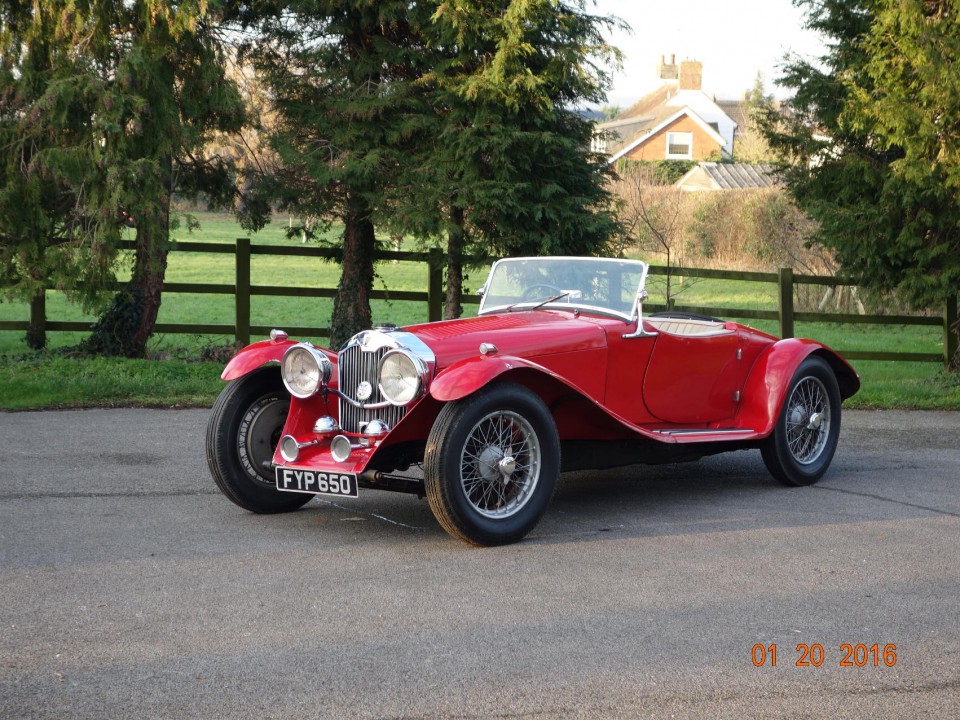 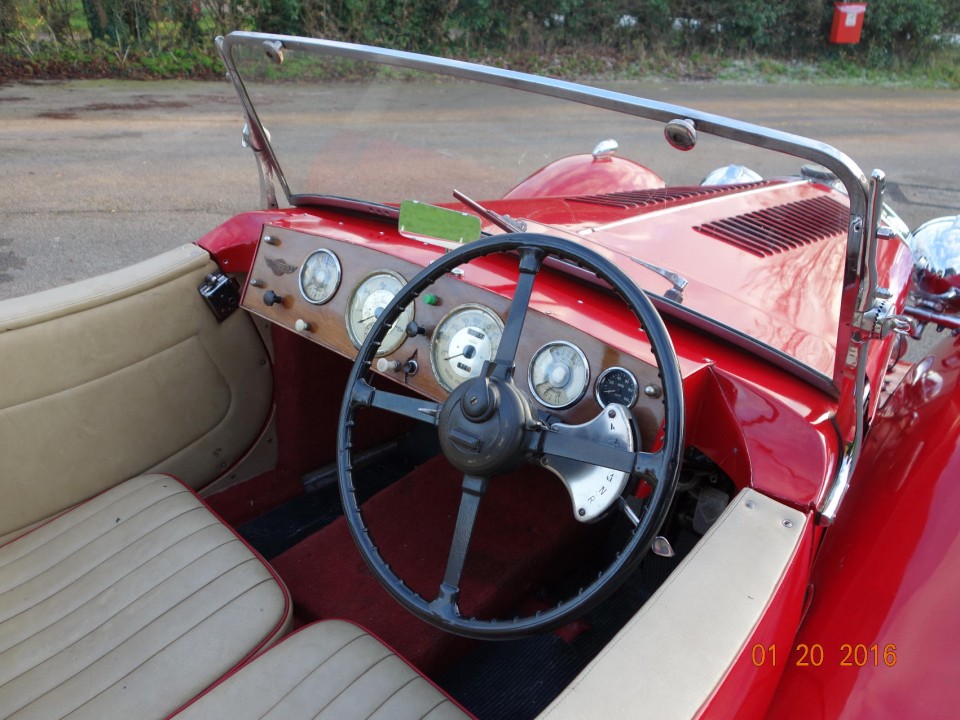 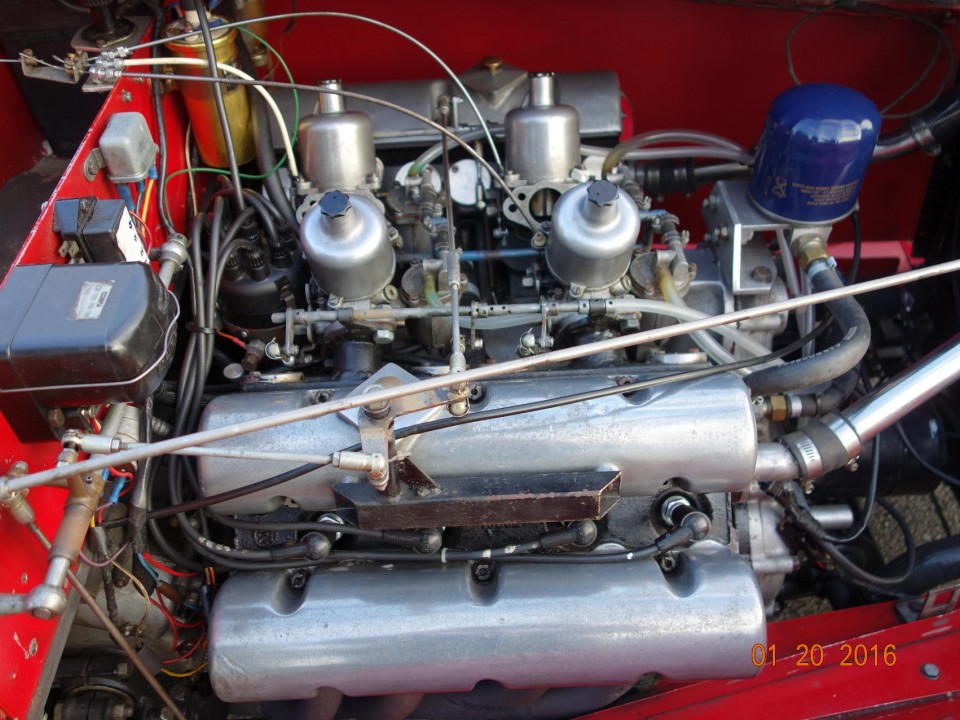 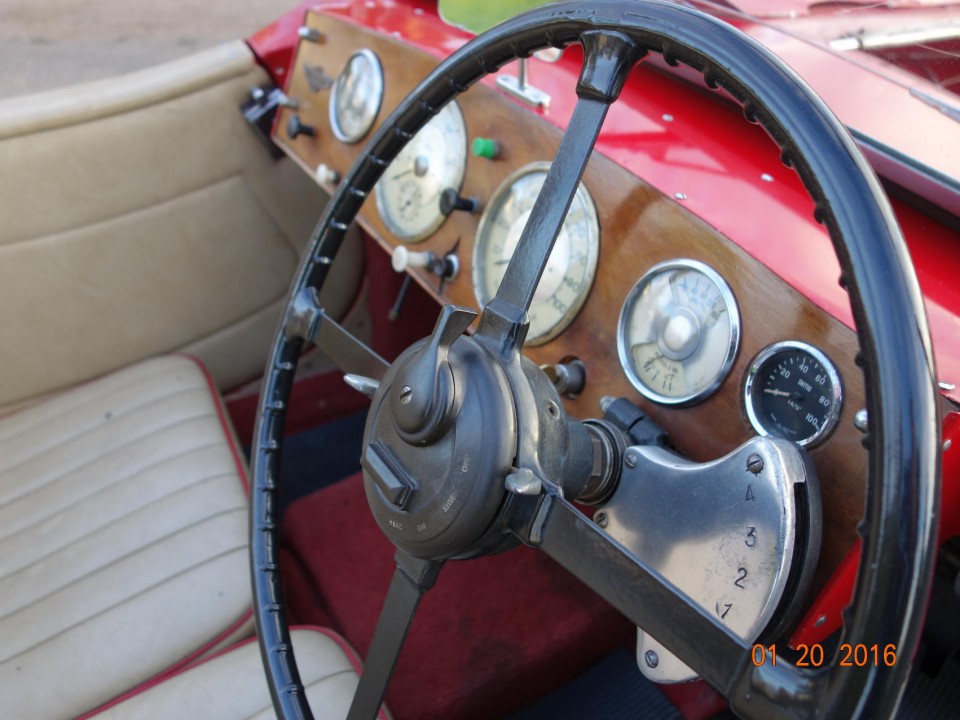 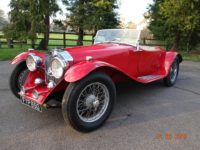 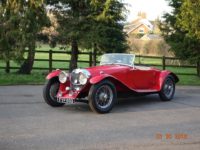 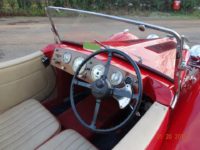 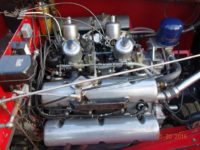 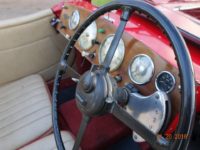 Very rare Autovia V8 Special. Dated 1939 and with an interesting history with owners including Colin Readey and Peter Plant this powerful car has a V5c being registered as a sports historic vehicle.
The car is powered by a V8 engine of just under 3 litres being an amalgamation of two Riley 12/4 engines with a common crankshaft and 4 Su`s. The running gear is completed with a preselecta gearbox ,underslung original chassis that was shortened in period and original axles. £4400 was spent on mechanics in September 2014 and the car has seen v little use since.
In the information pack with the car it would appear that this car was originally raced and fitted with a supercharger which was subsequently sold and then fitted with 4 SU`s. Ashridge Automobiles can provide a supercharger that would suit if the prospective new owner wishes.
The body is sound and appealing to some with in our opinion room for improvement. A boat tailed body could be built on this chassis by Ashridge should someone wish to go this route retaining all the original running gear. Please ask us.
Between 36 and 45 Autovias were built depending on which source to believe so this Riley based car is a rare beast indeed and all were originally built as saloons or limousines to compete with Bentleys etc and this conversion carried out decades ago is included in the register of known cars.
All the makings of a potent and quick pre war Special