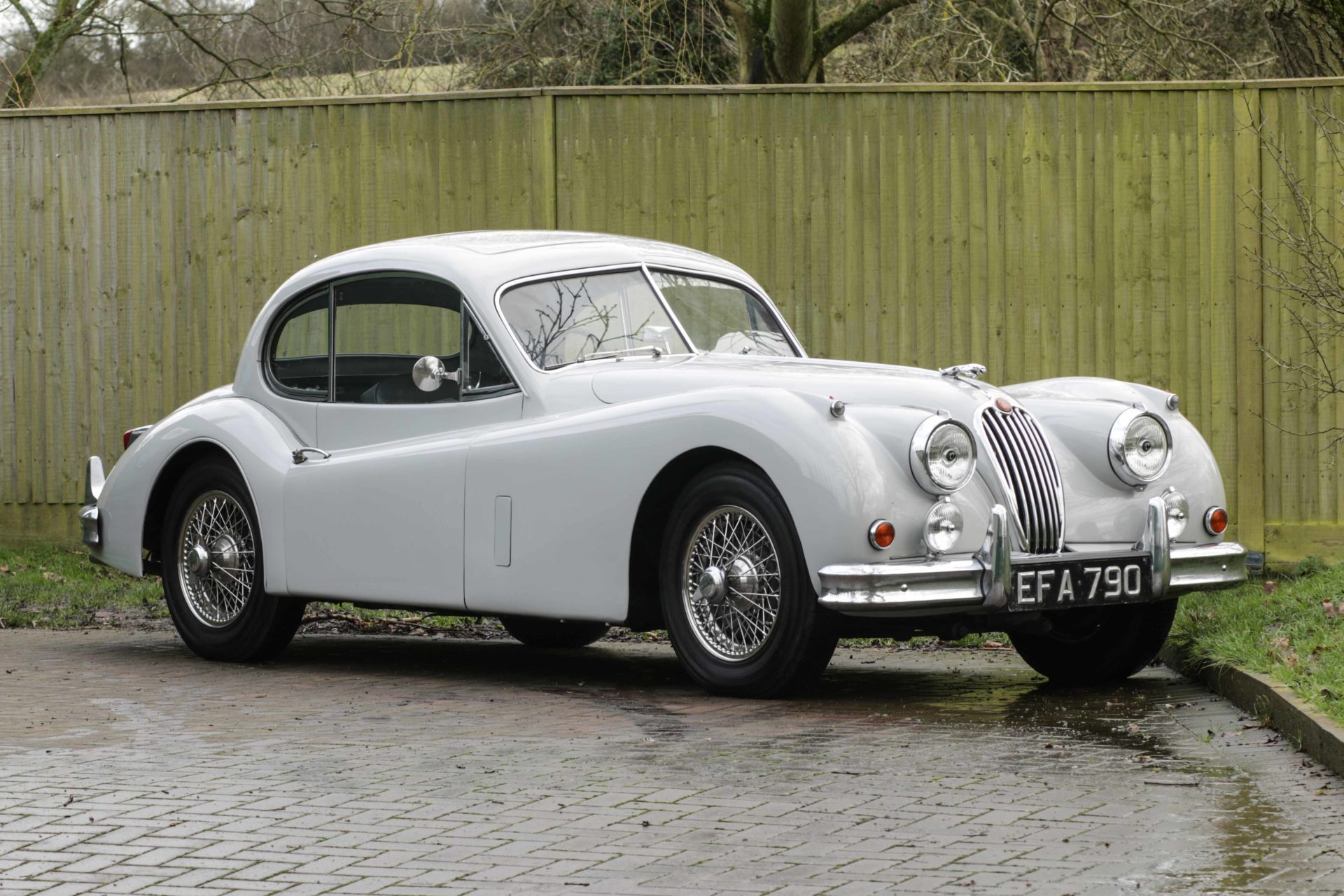 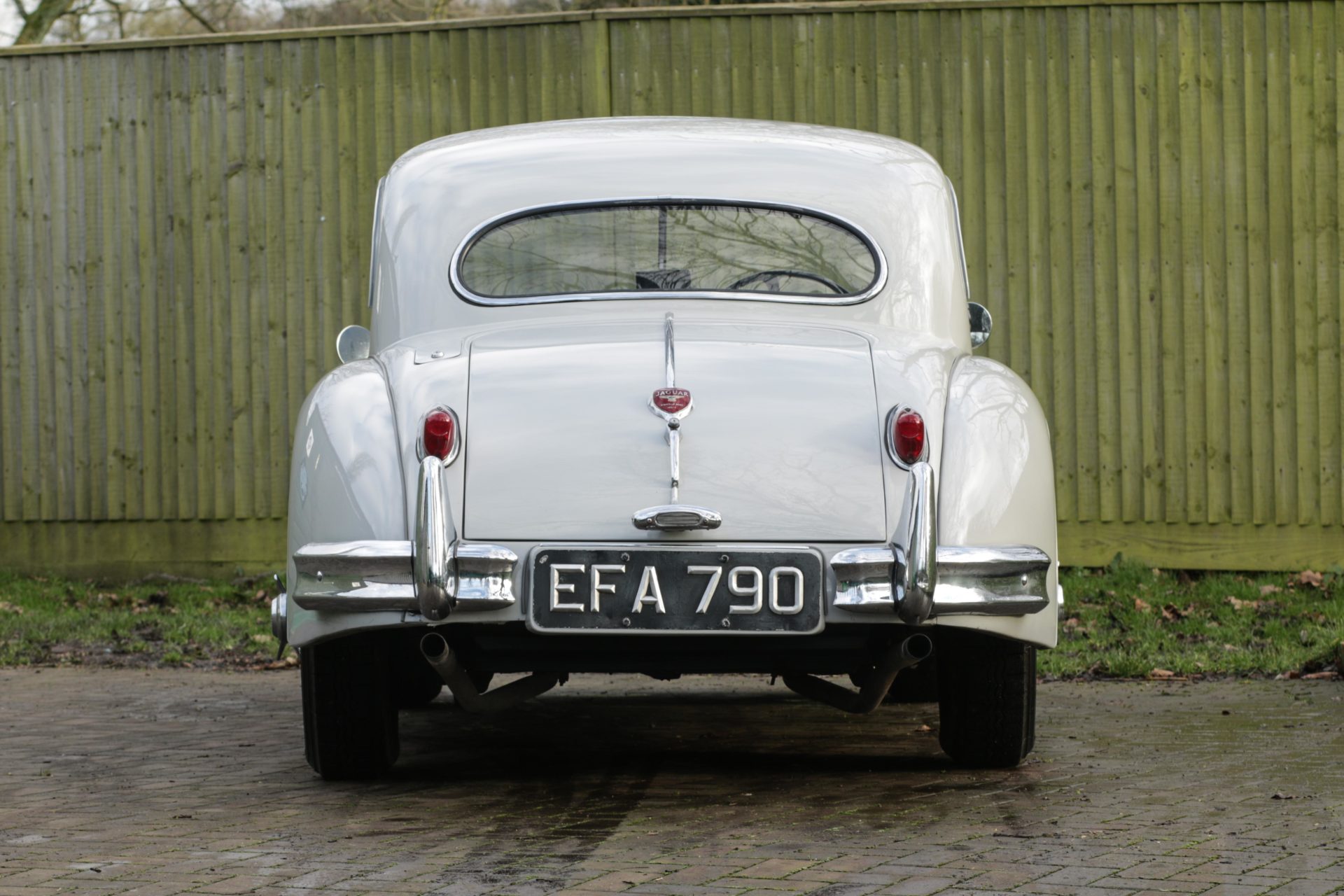 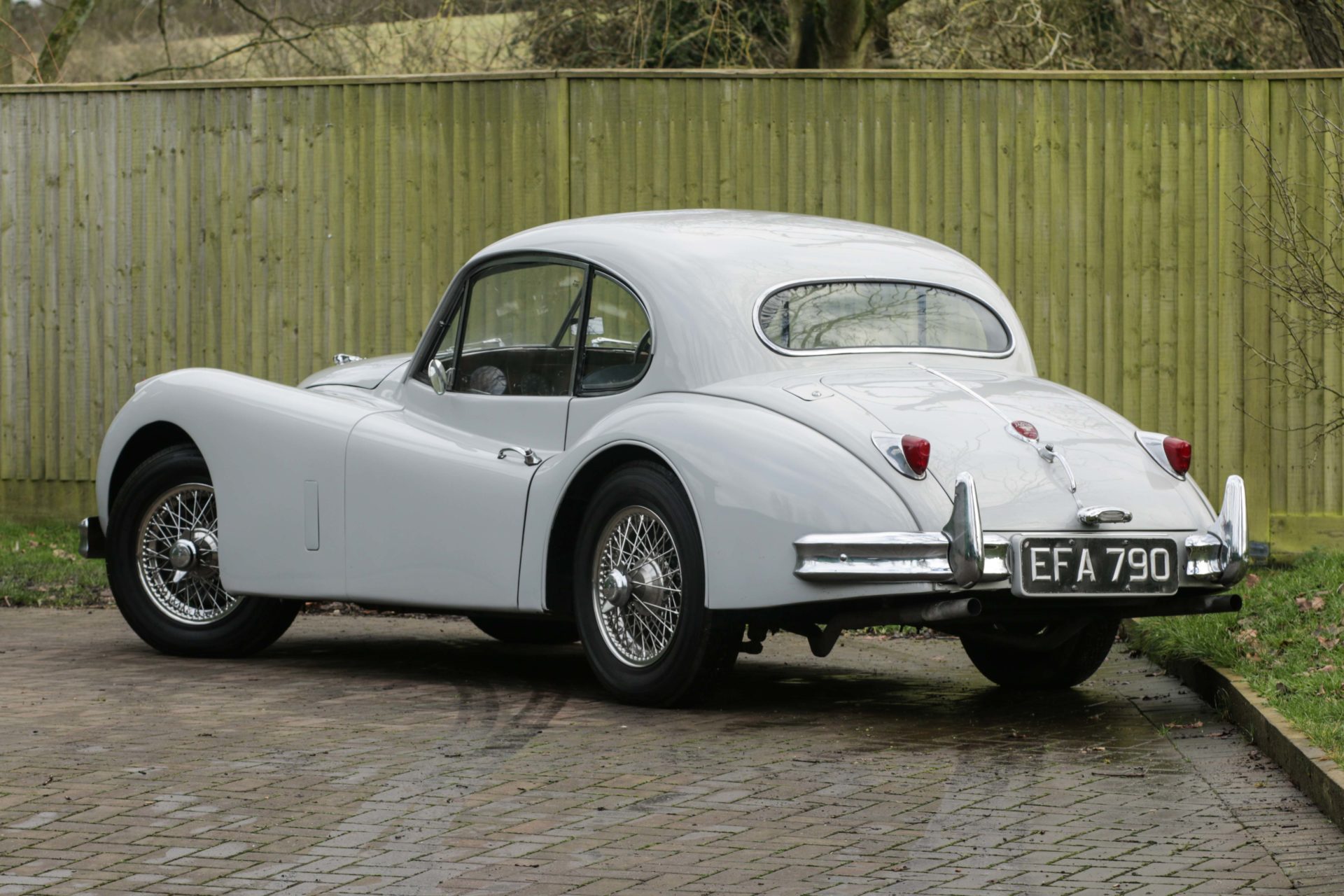 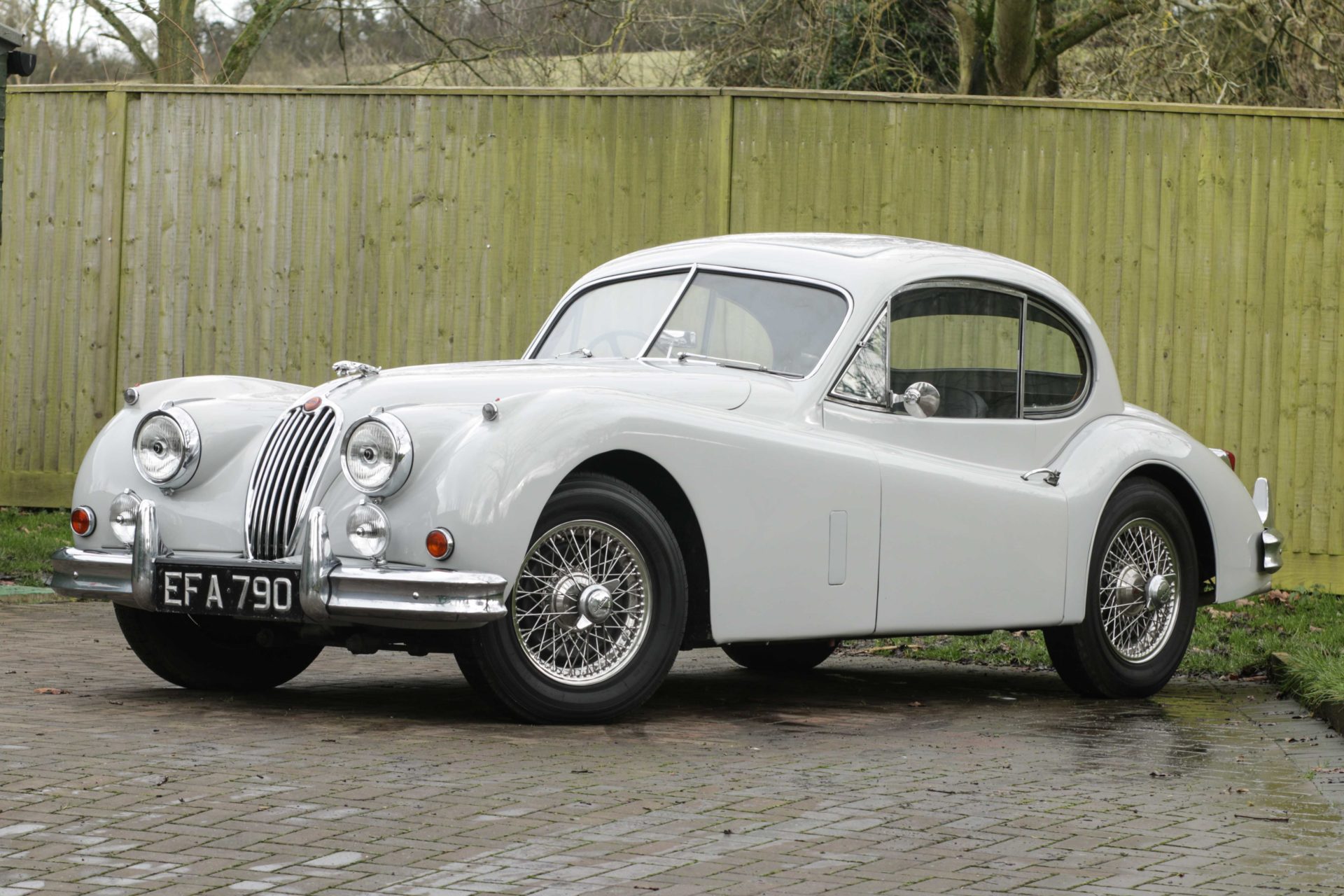 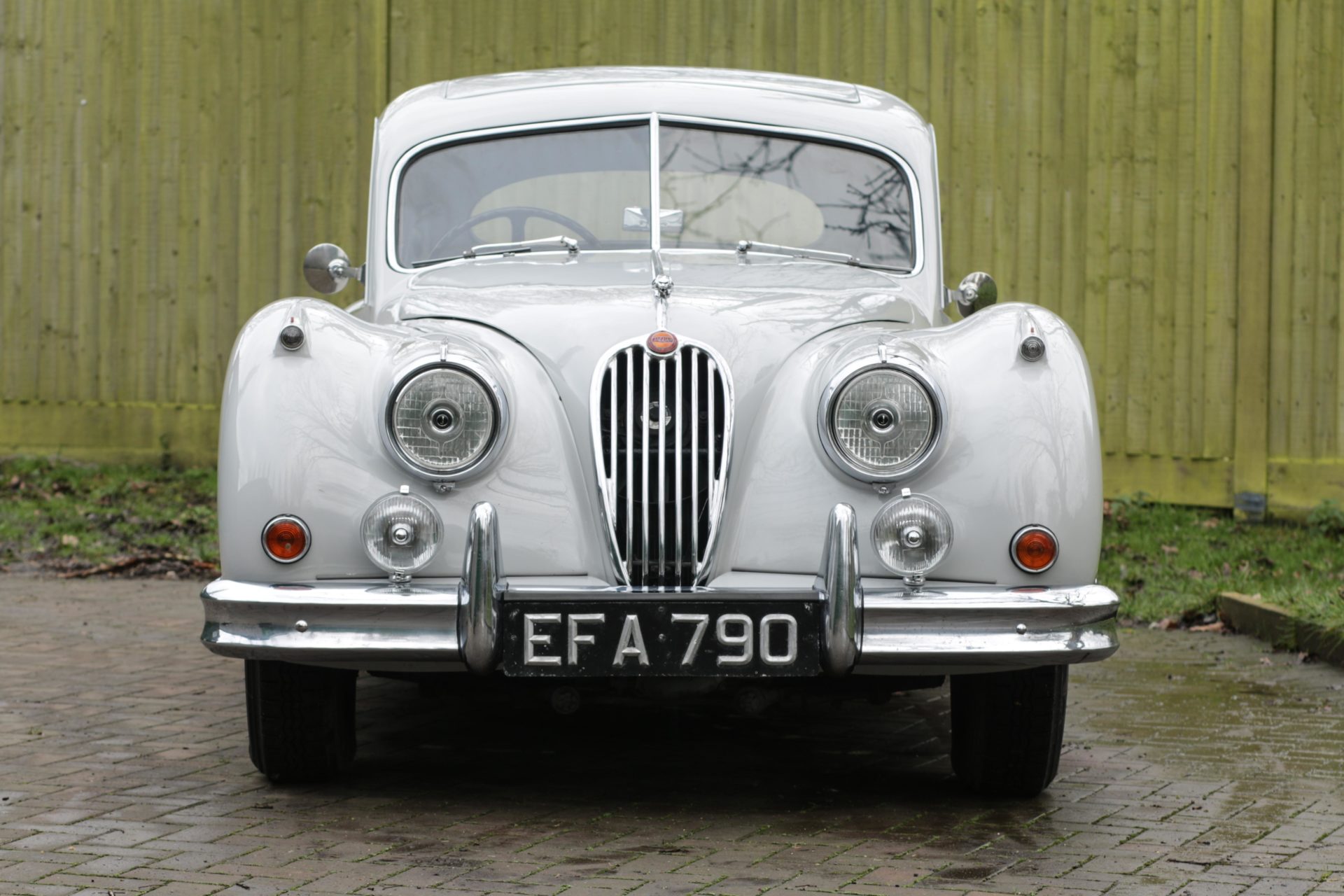 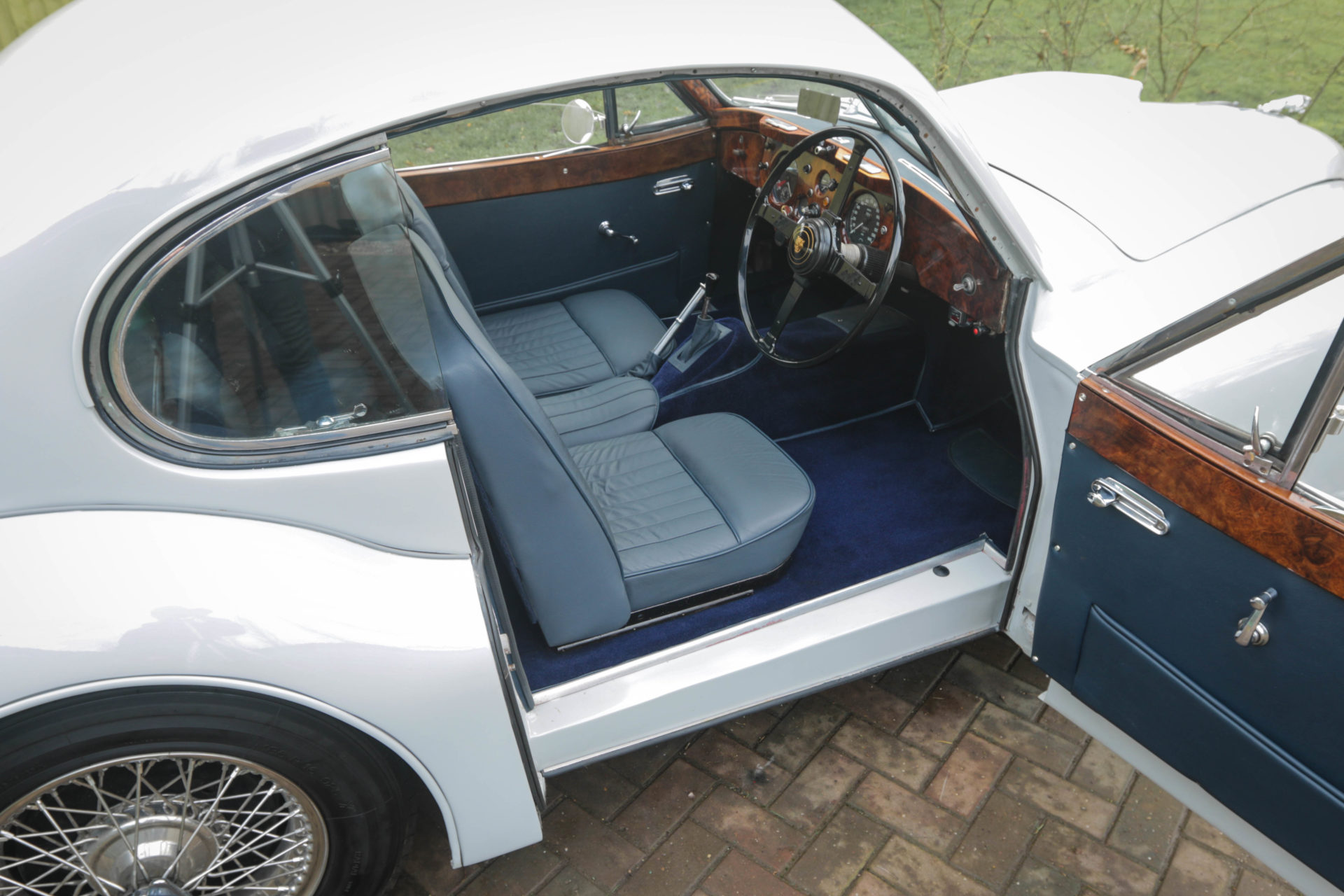 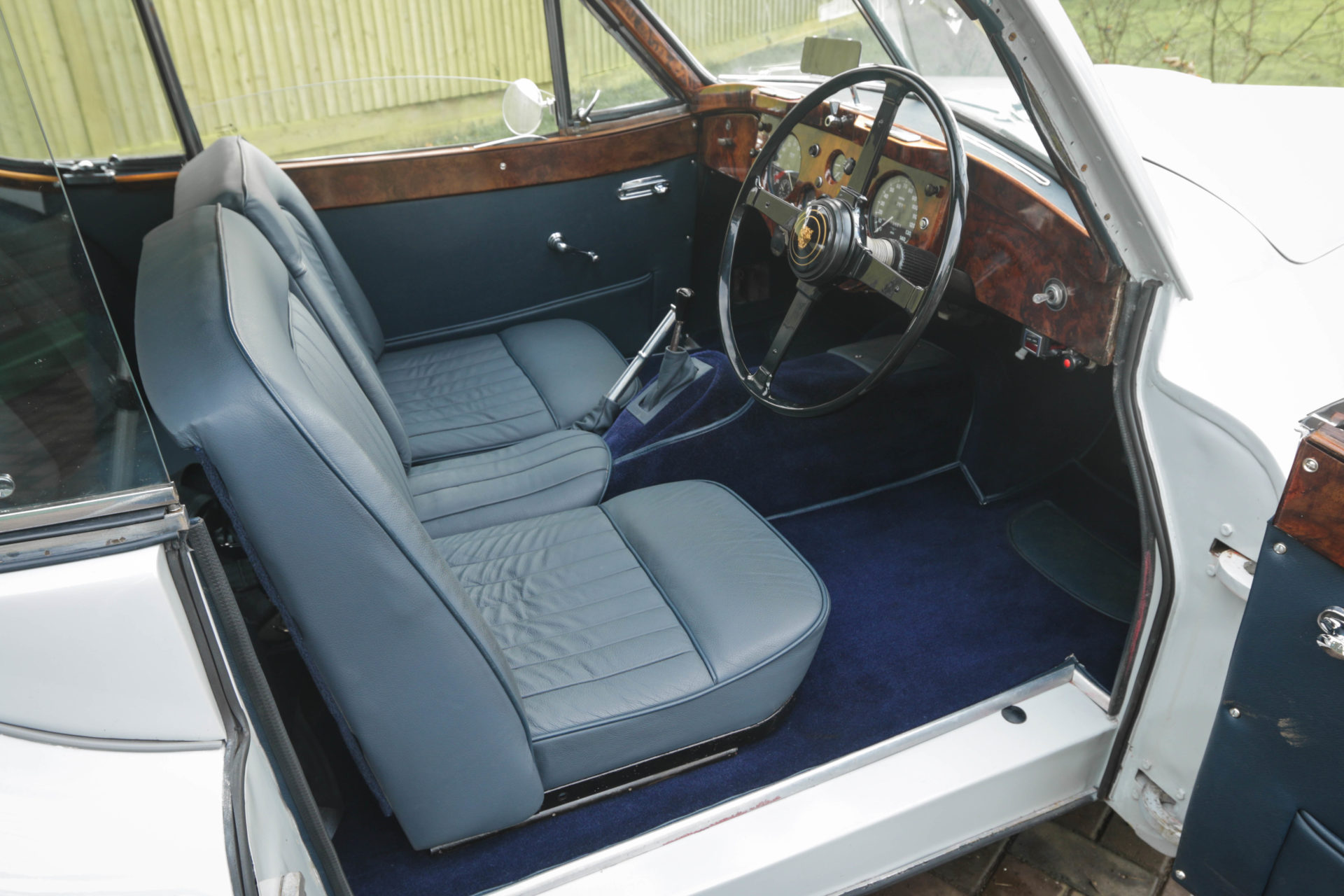 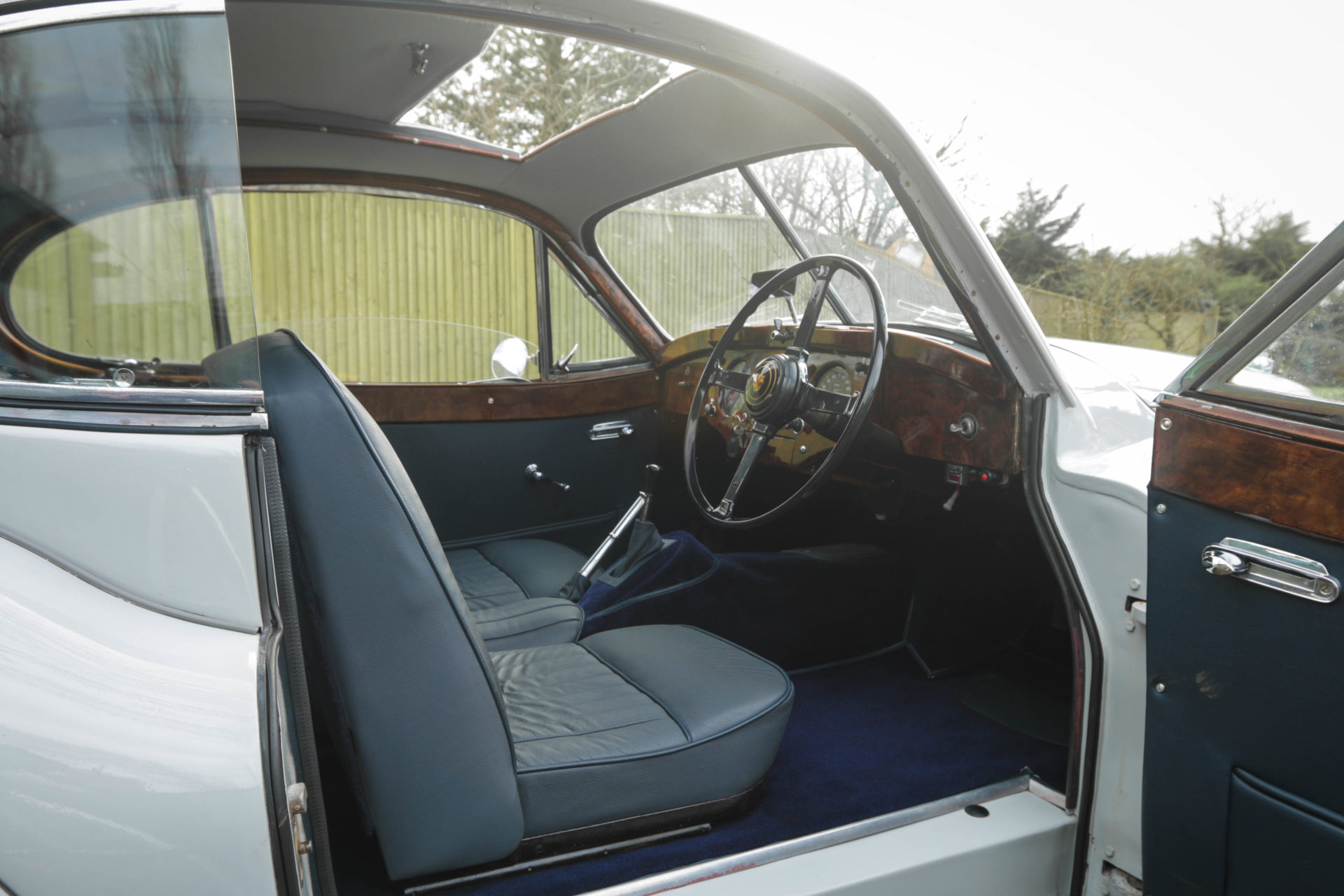 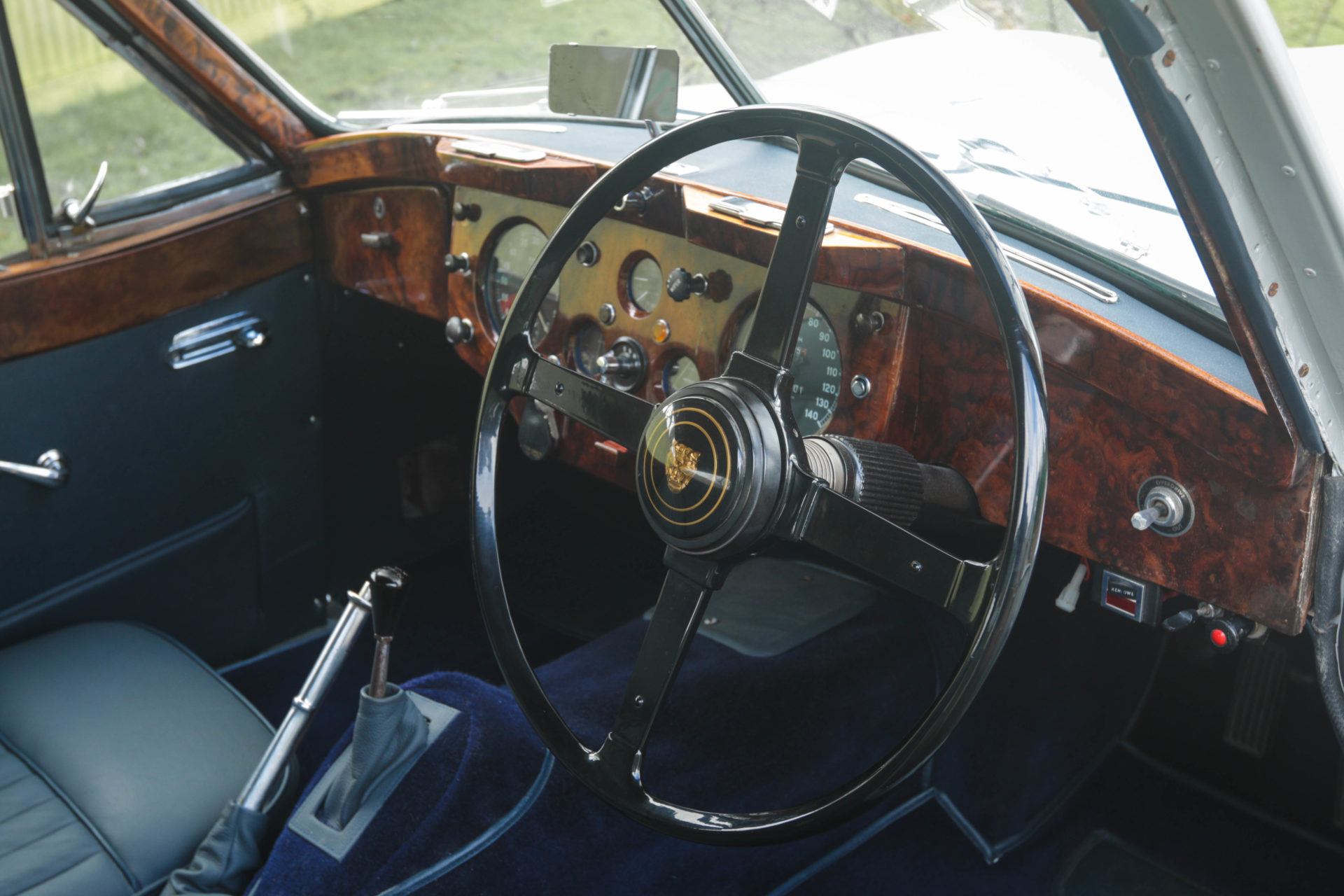 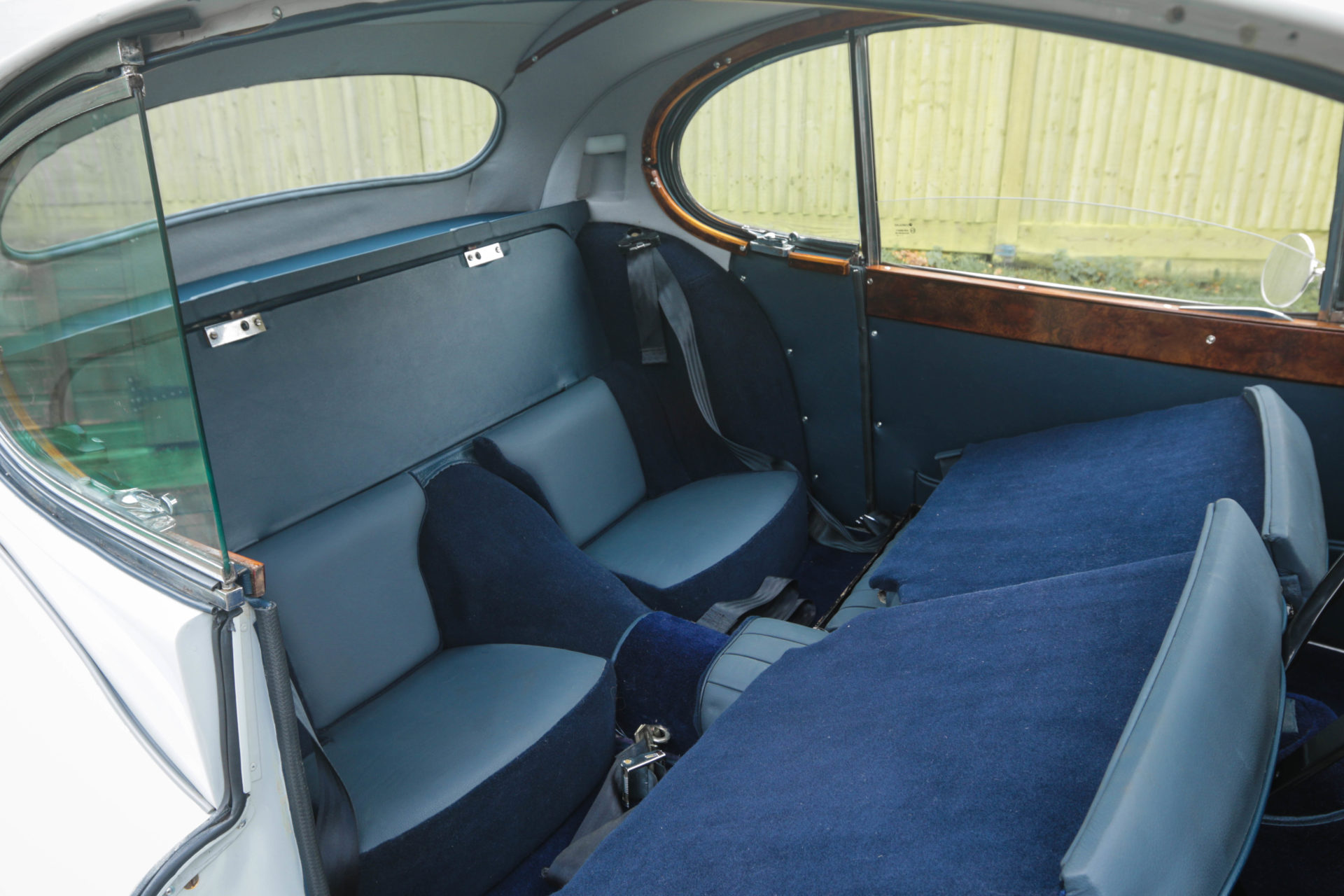 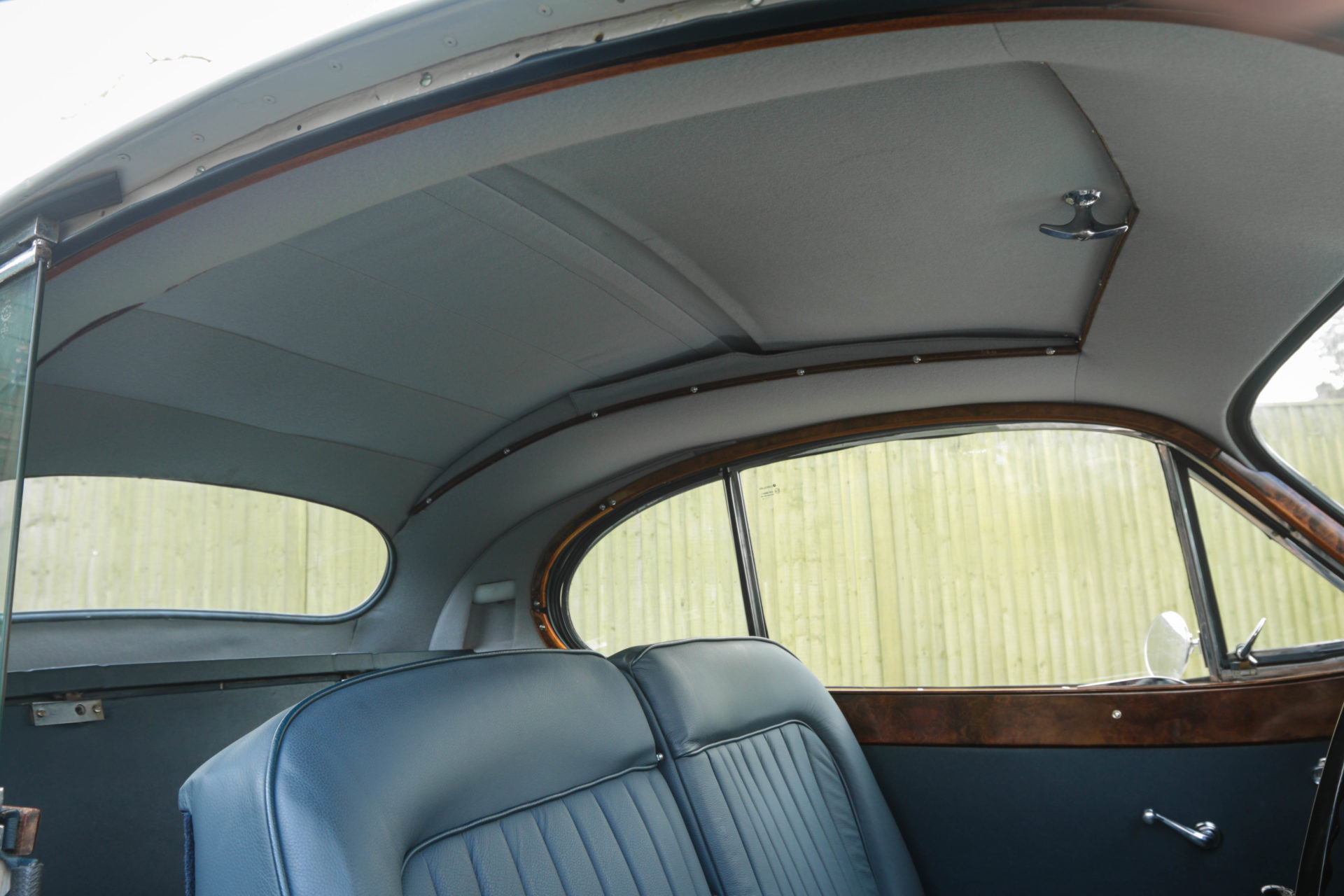 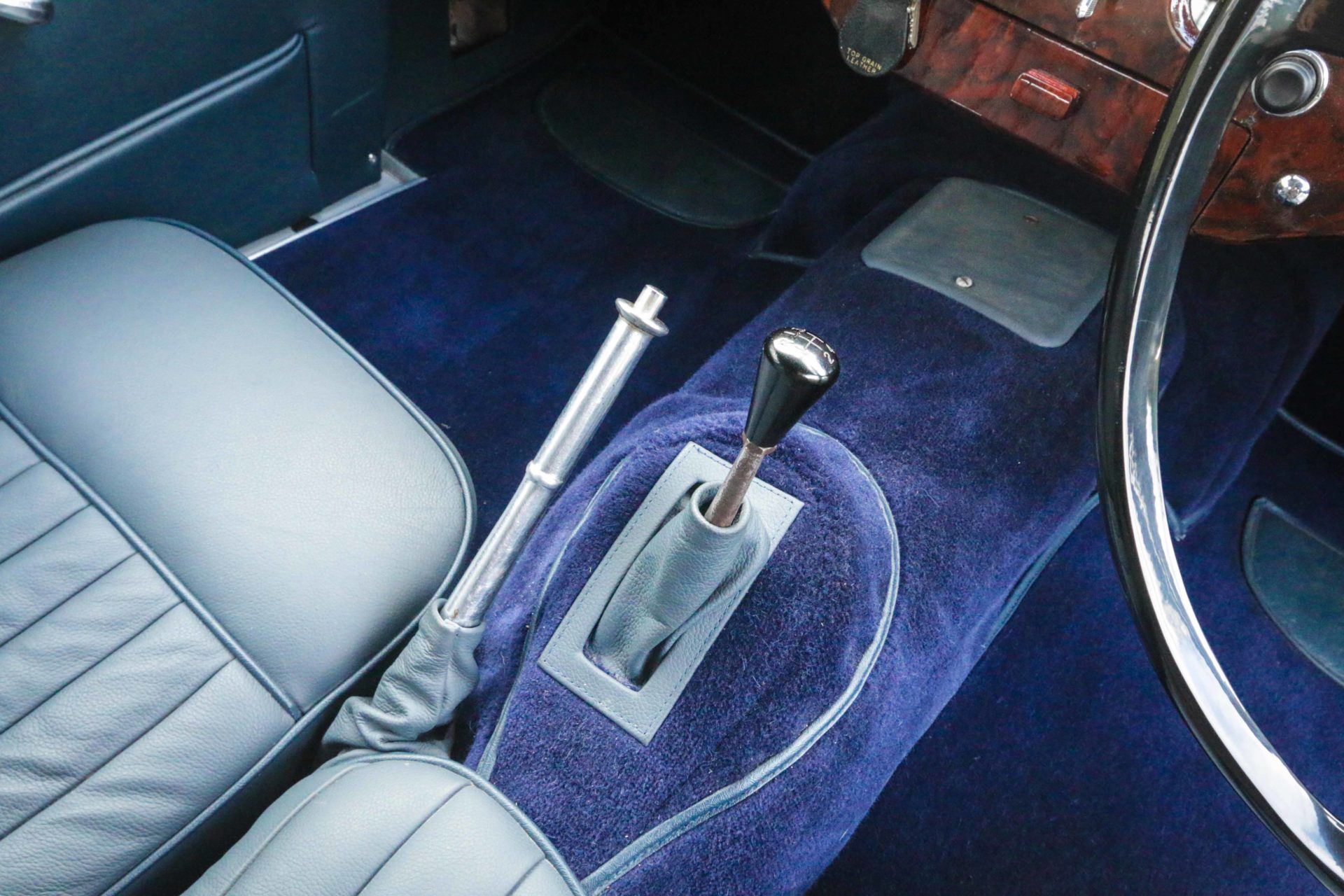 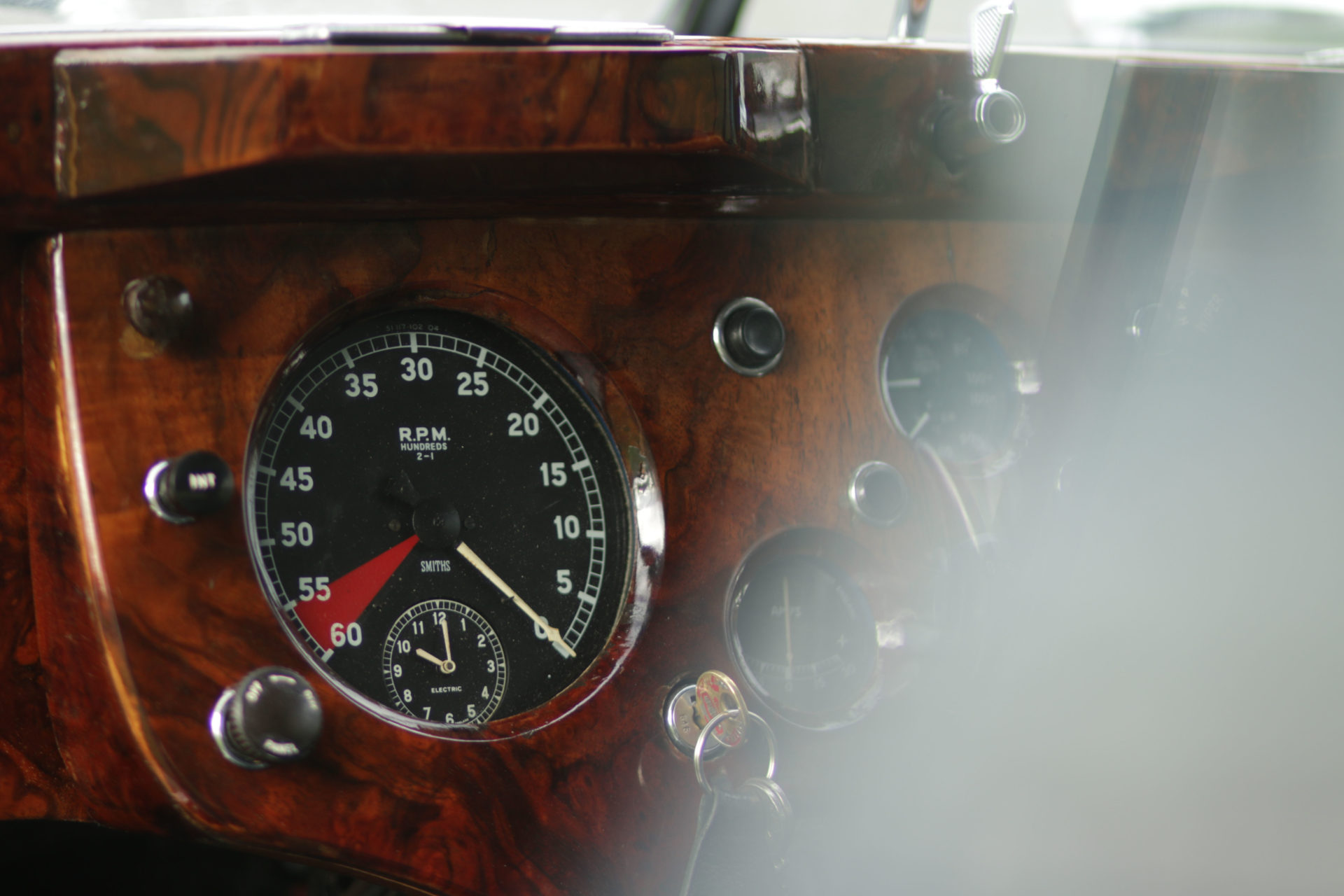 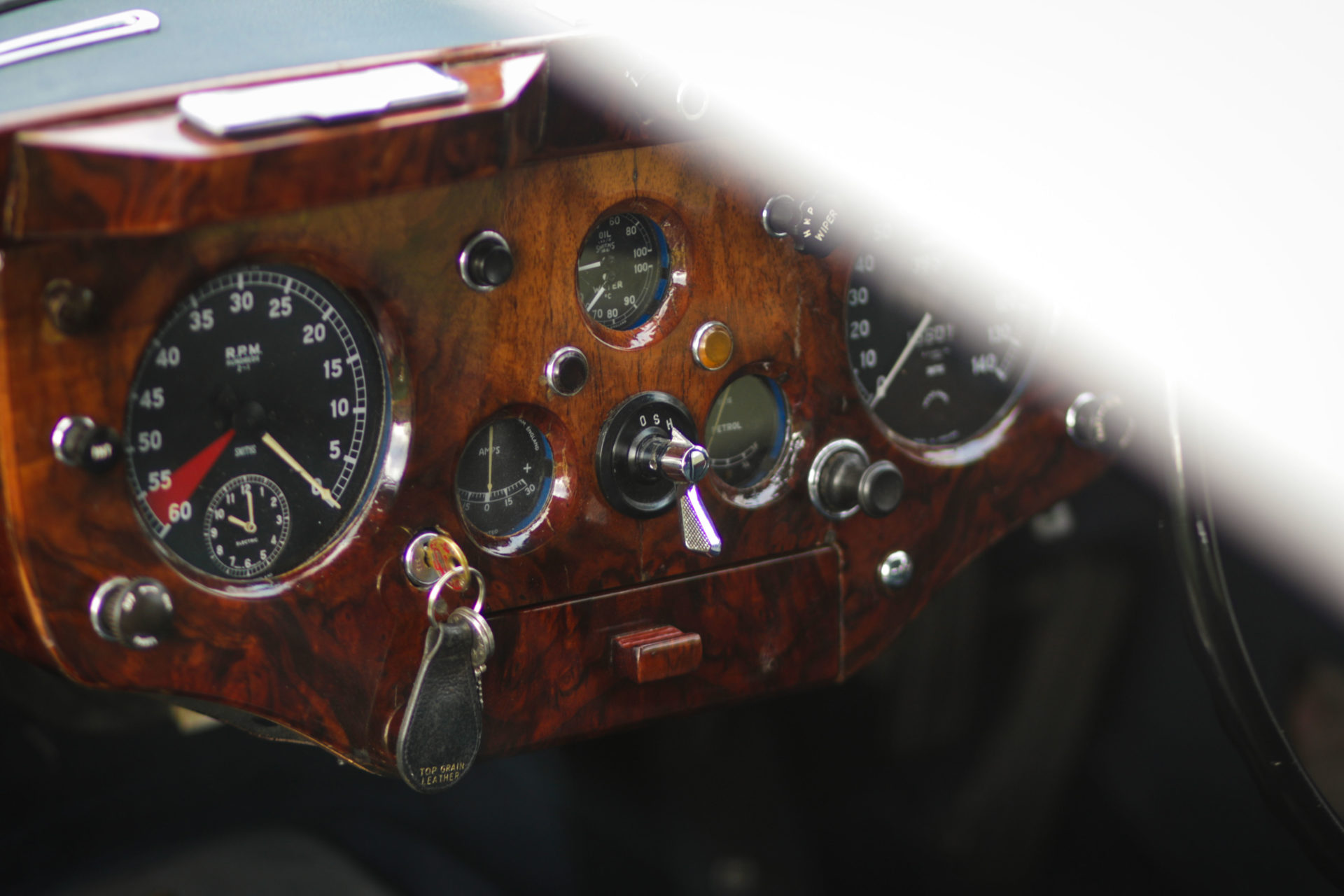 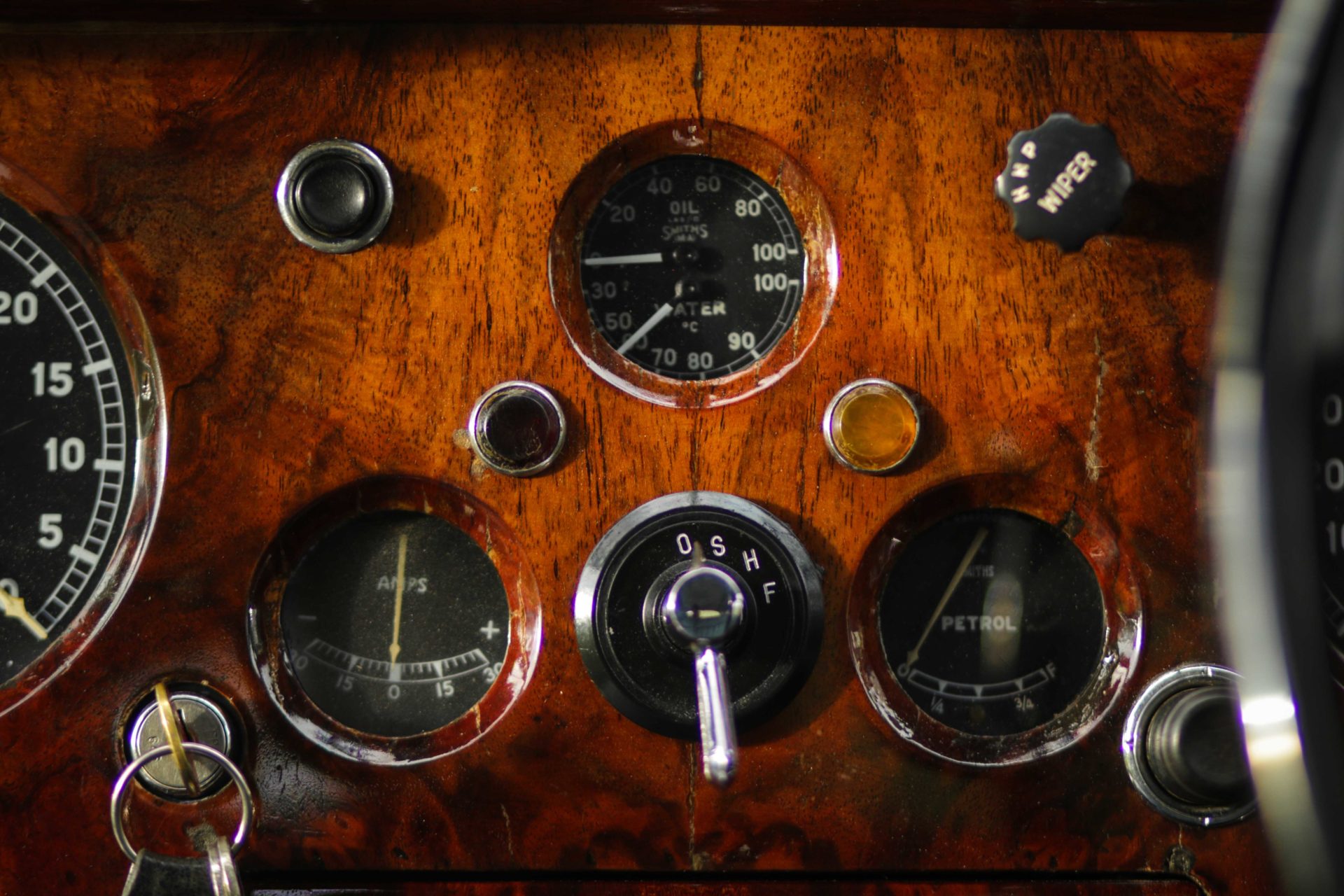 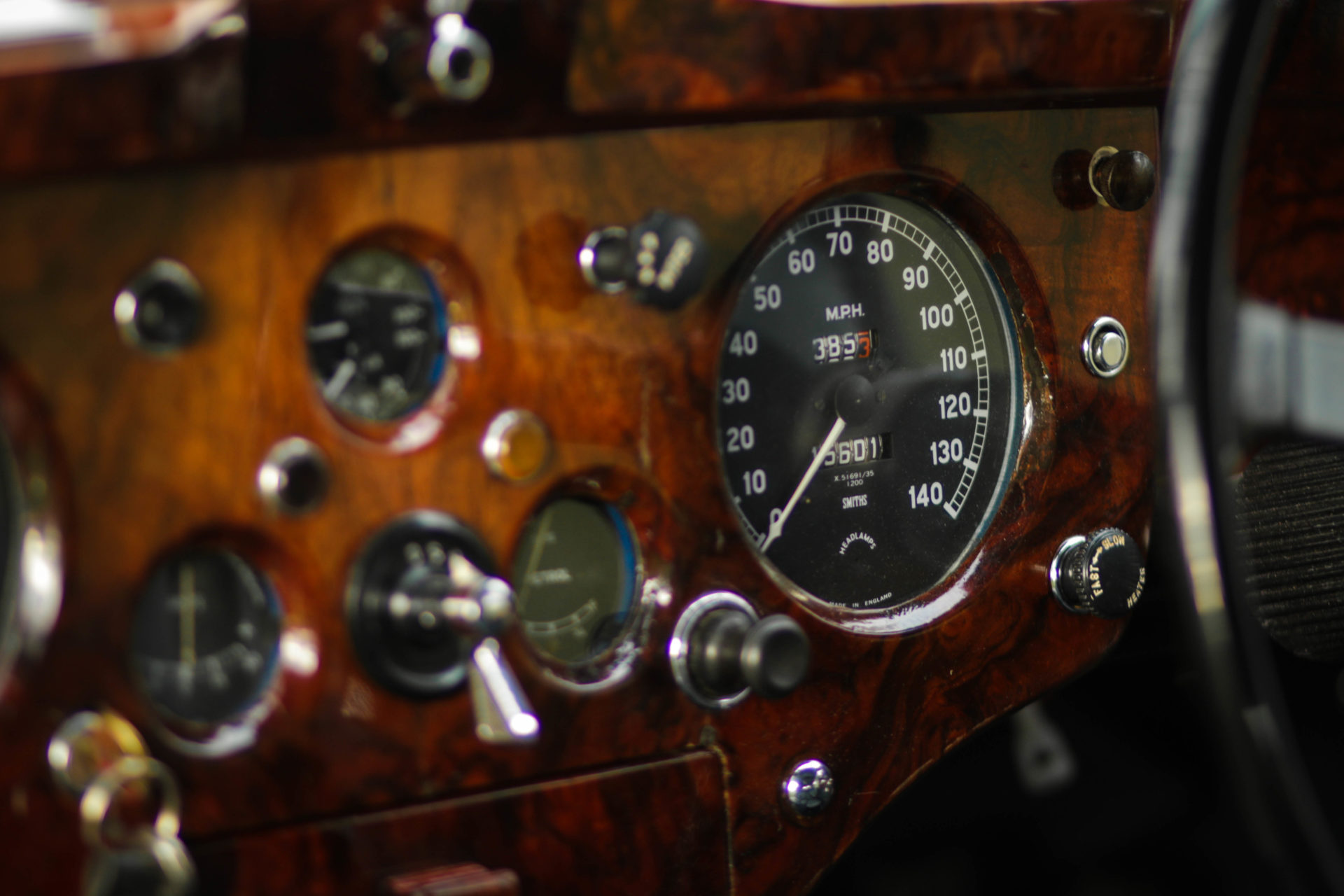 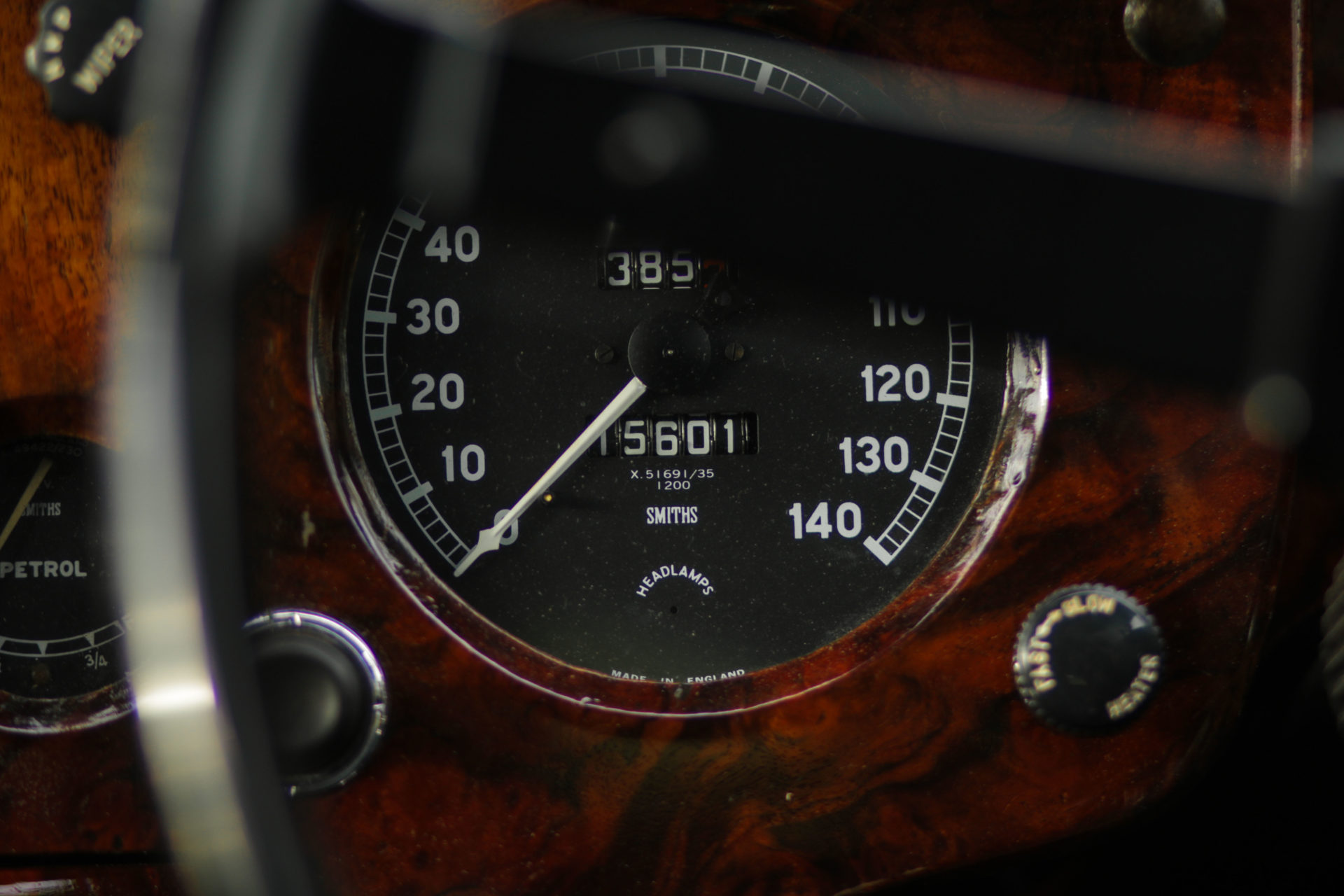 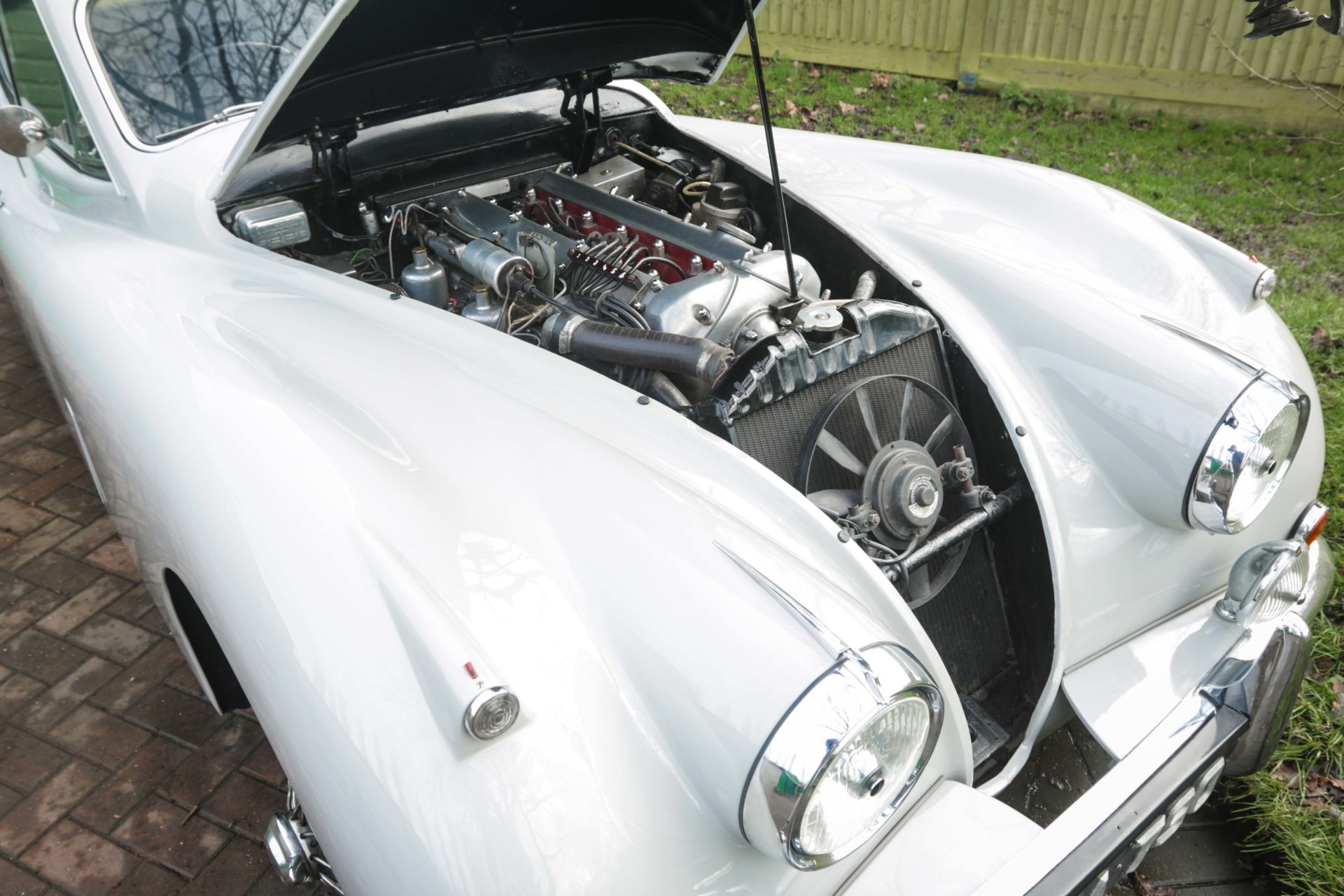 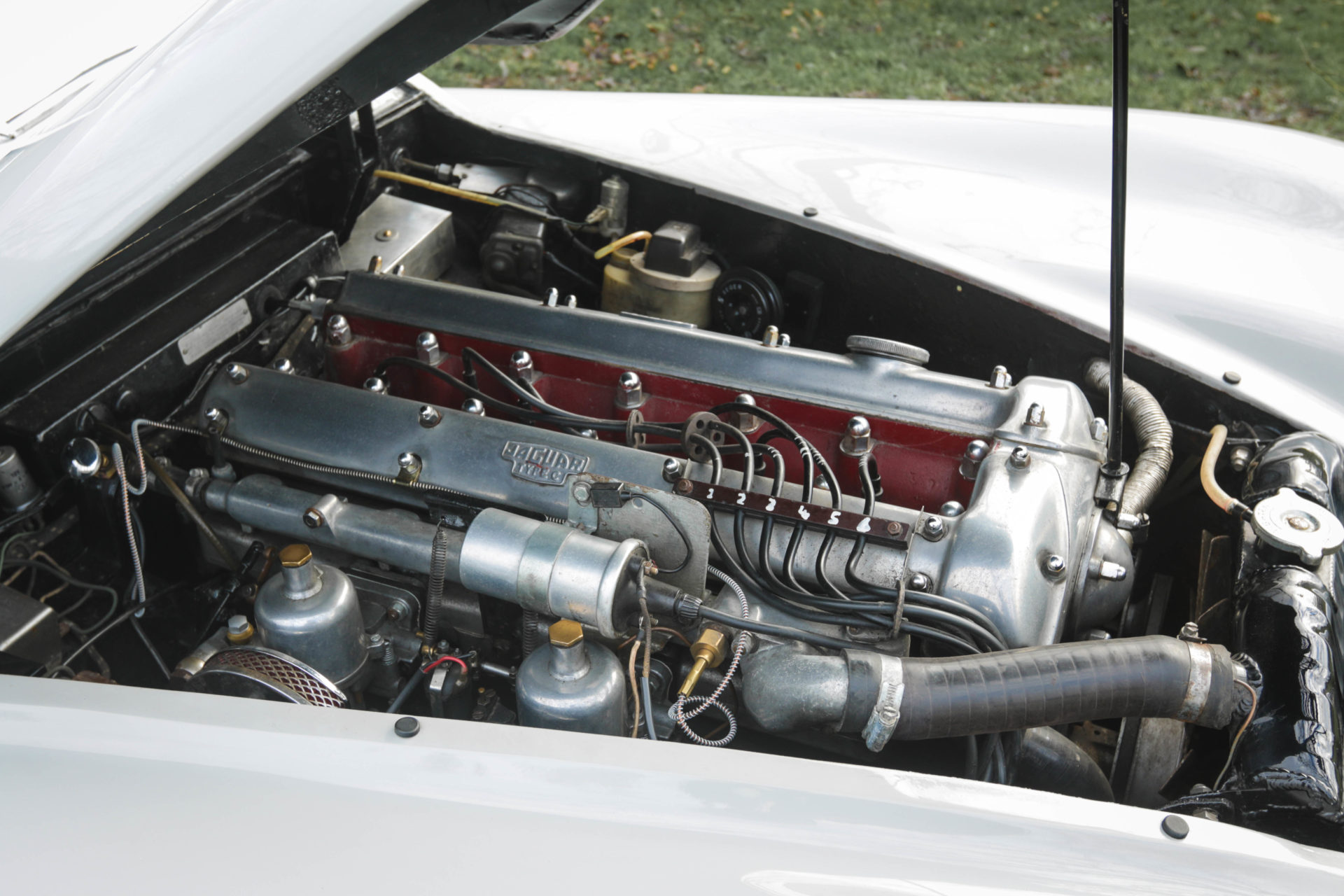 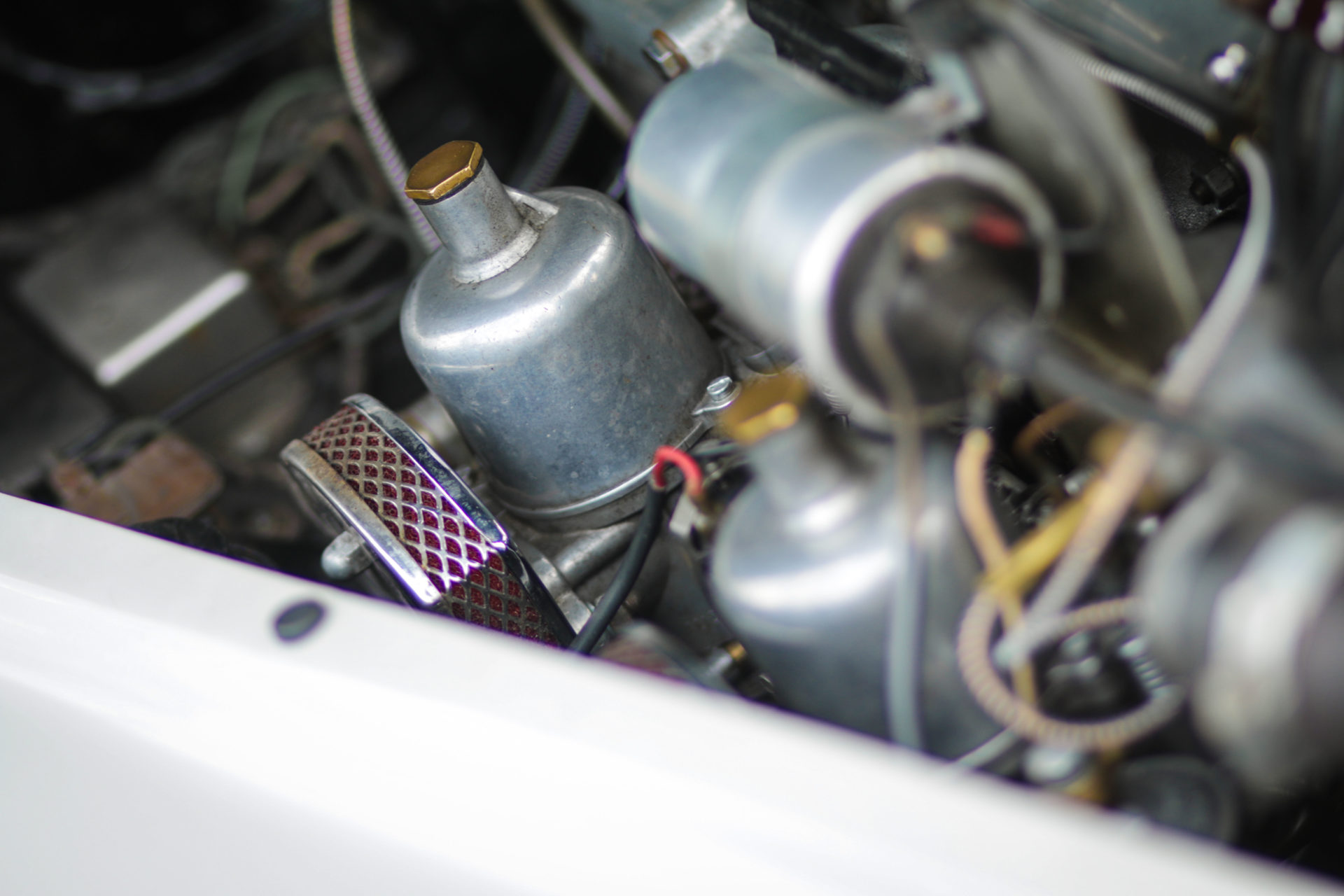 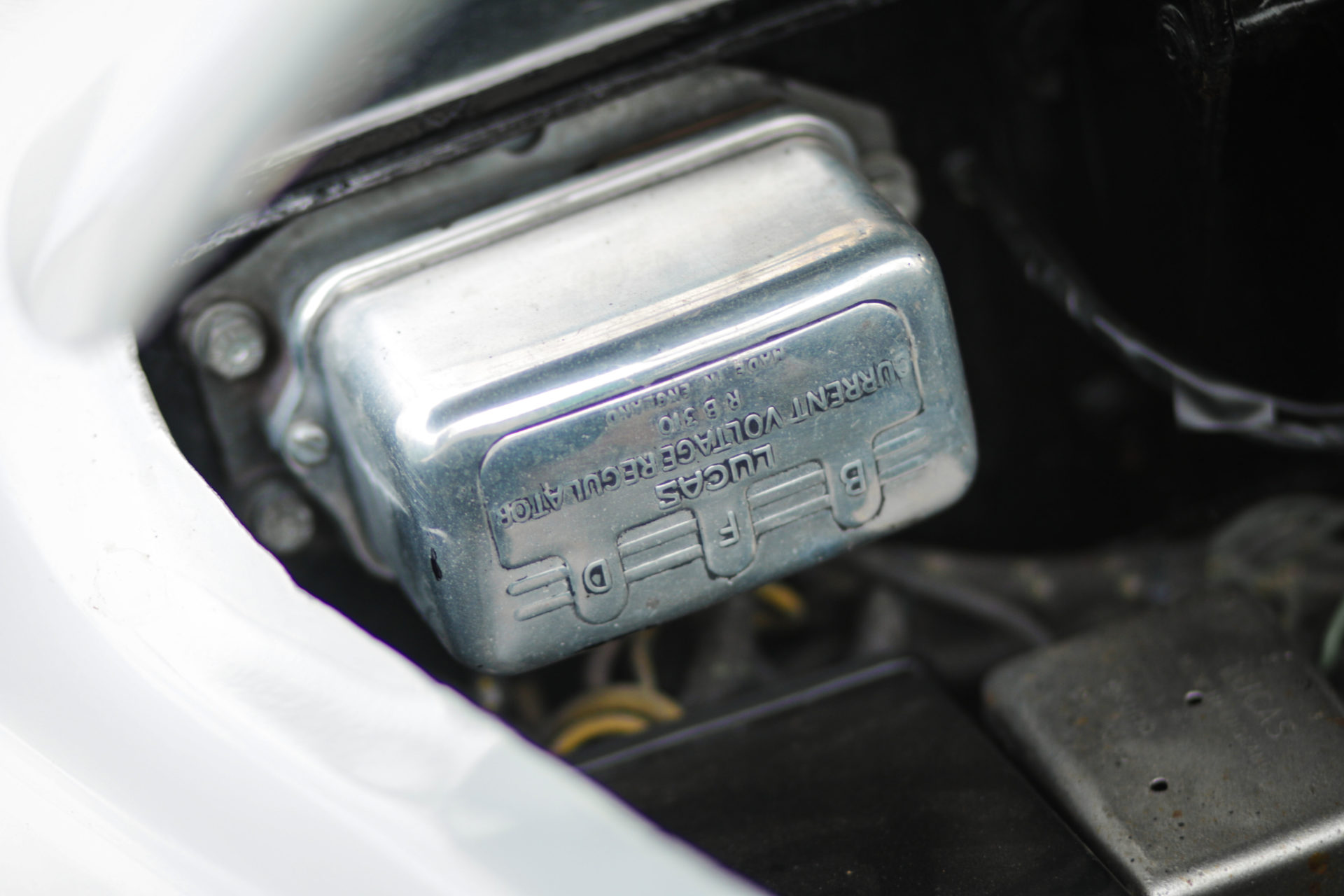 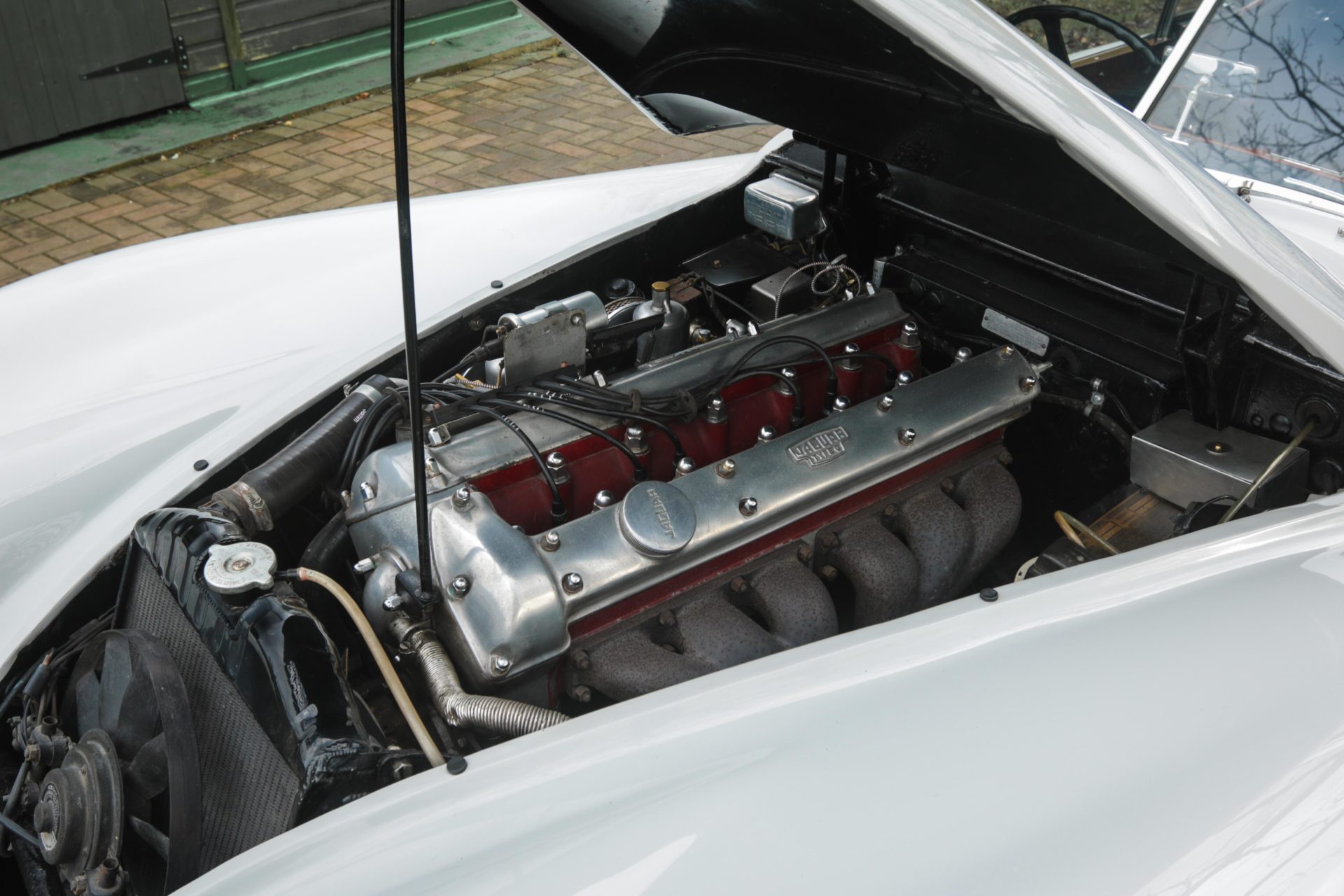 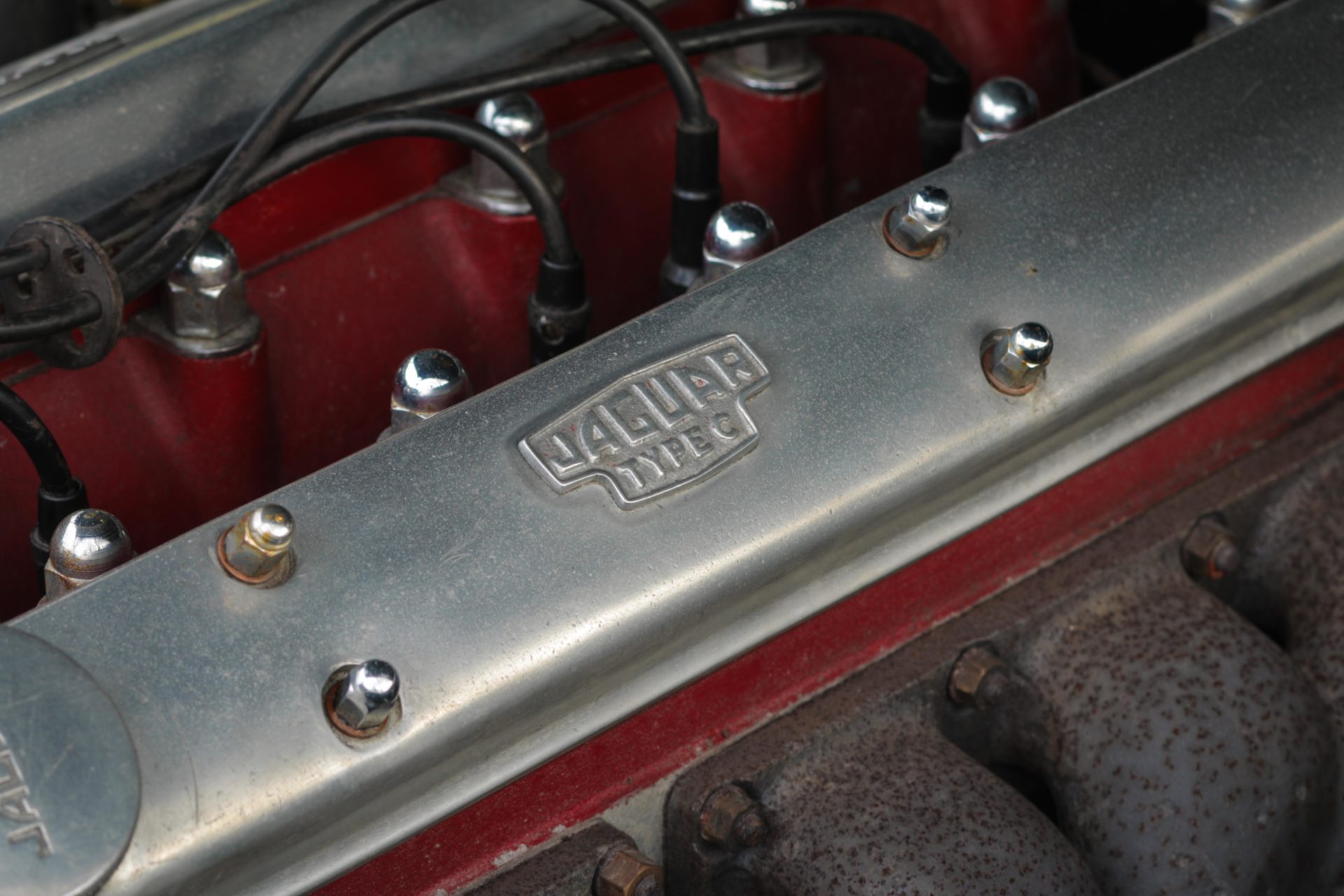 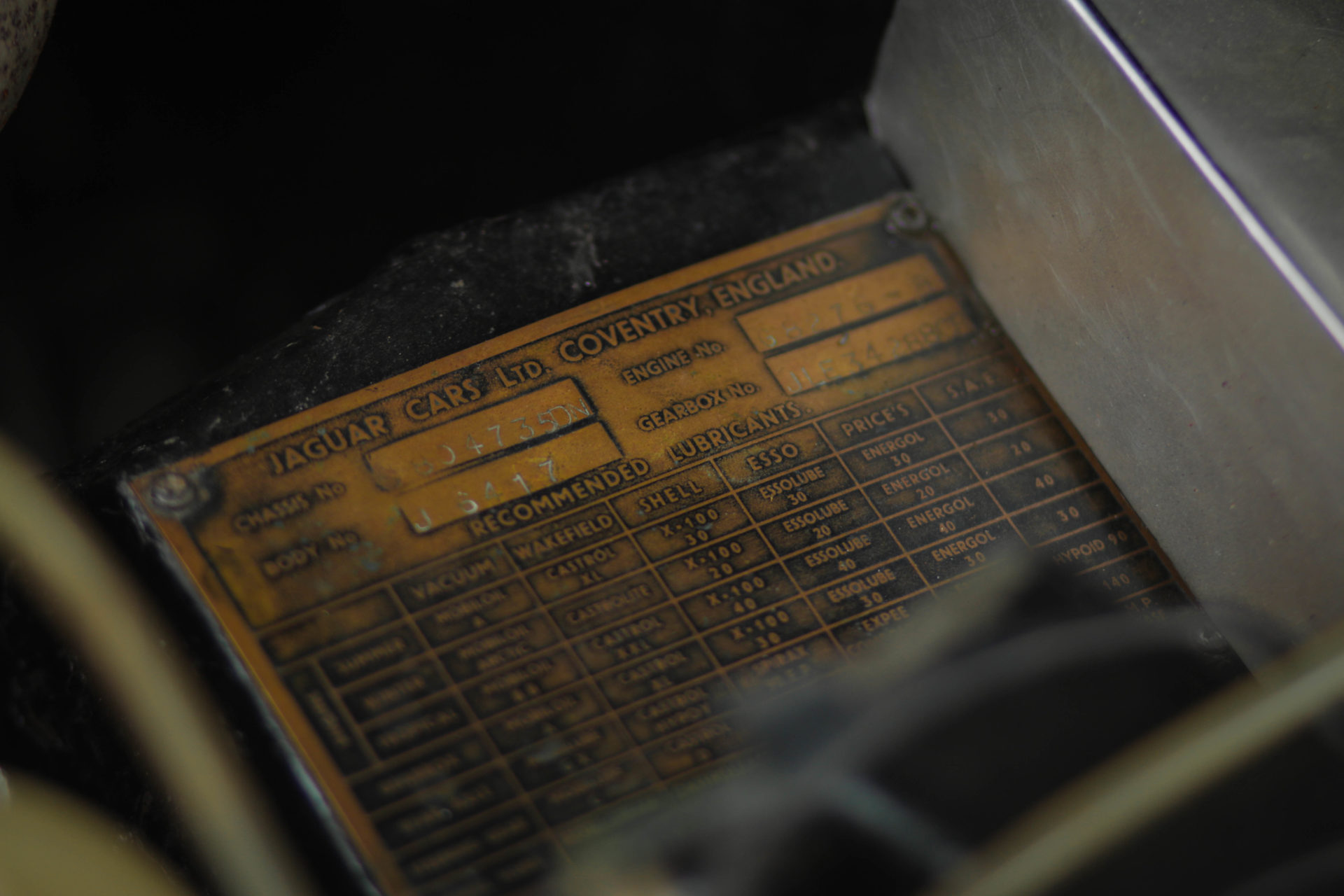 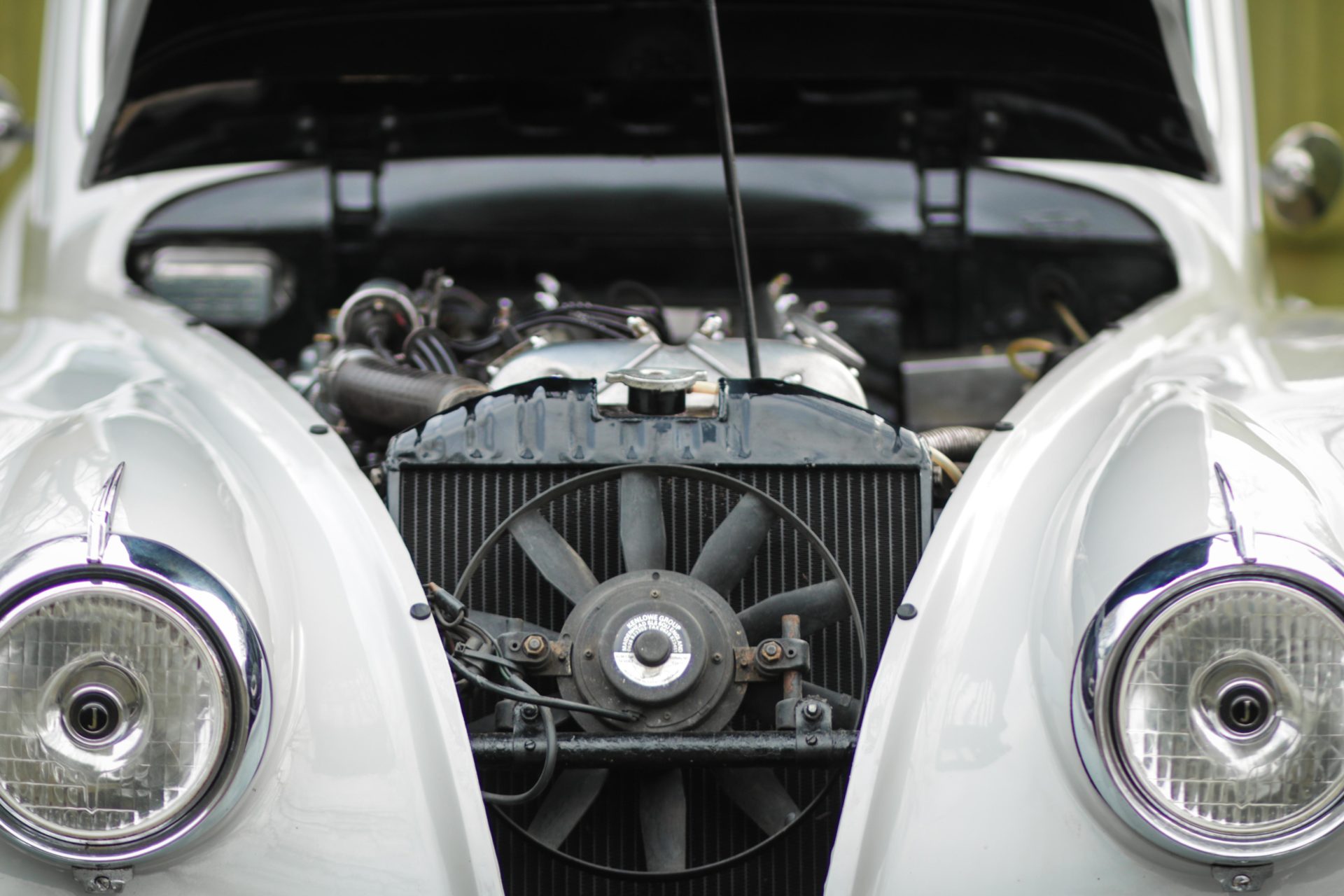 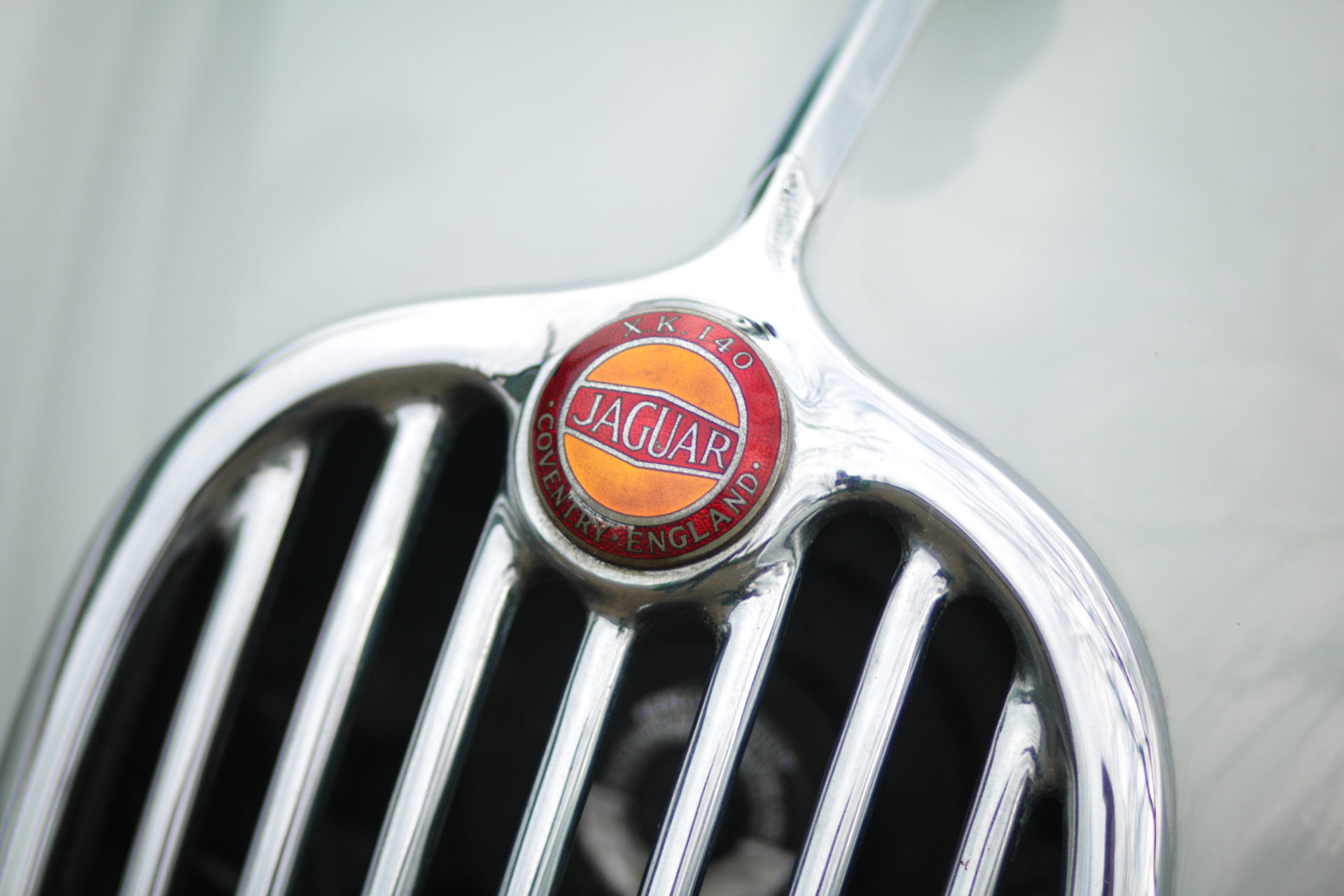 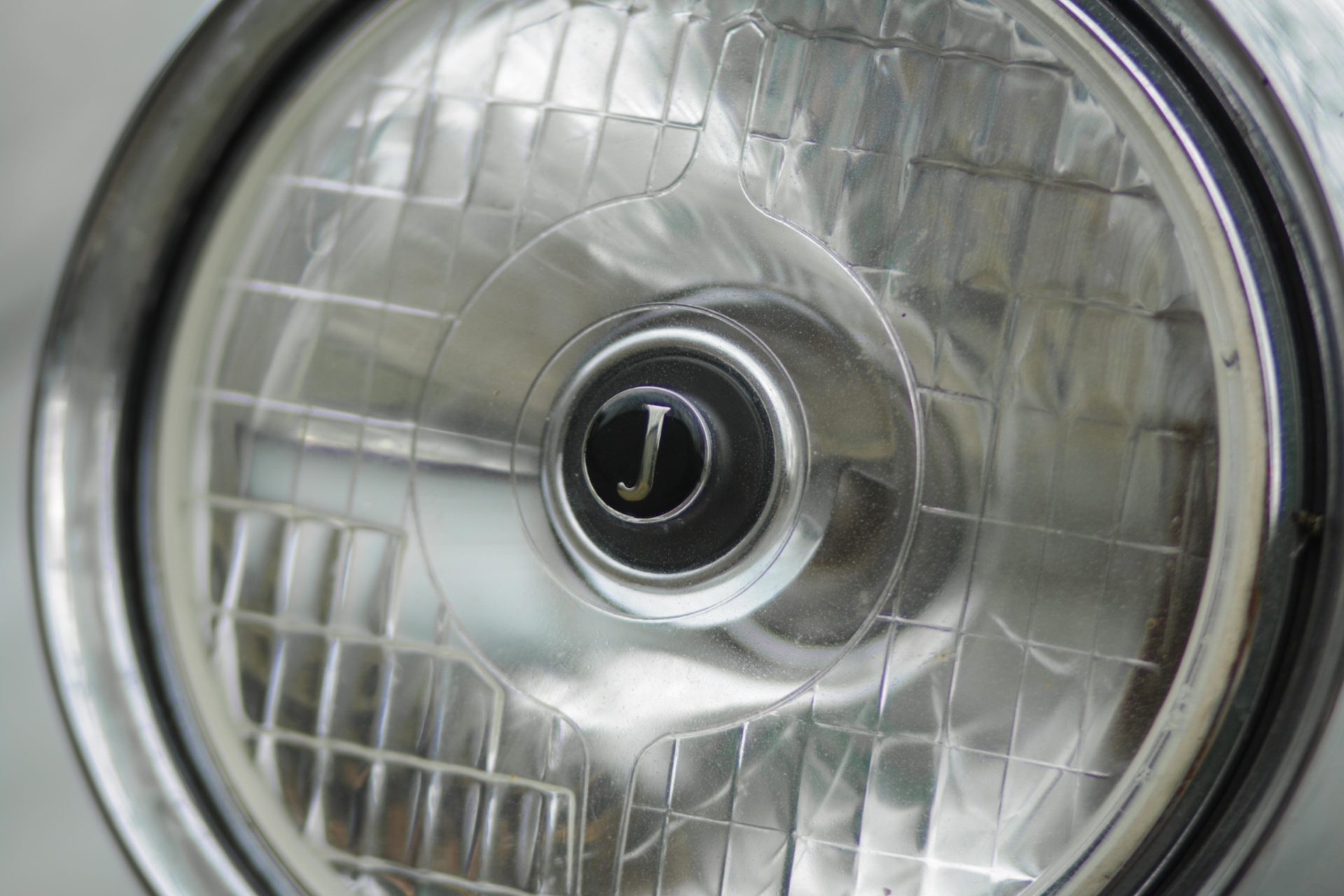 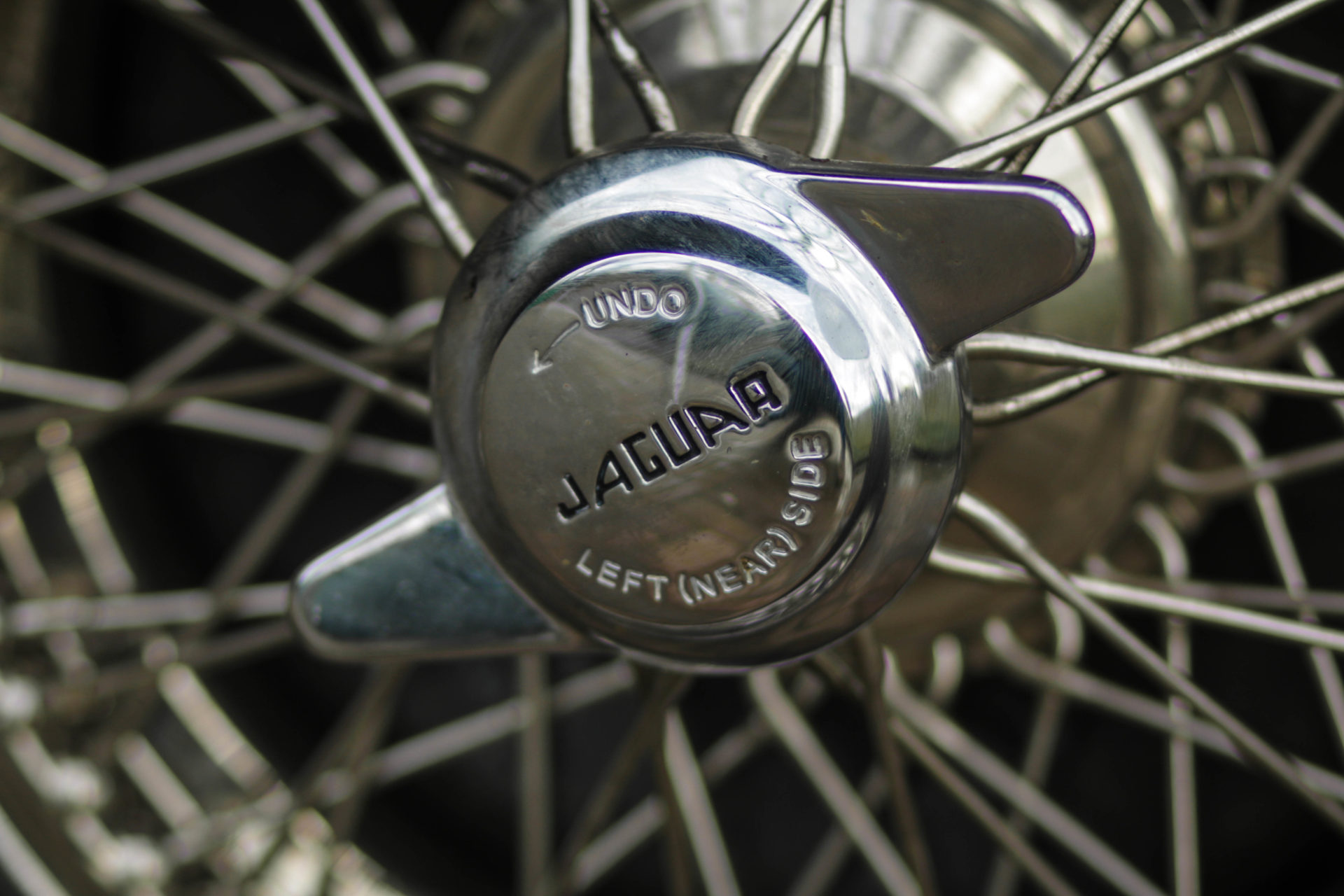 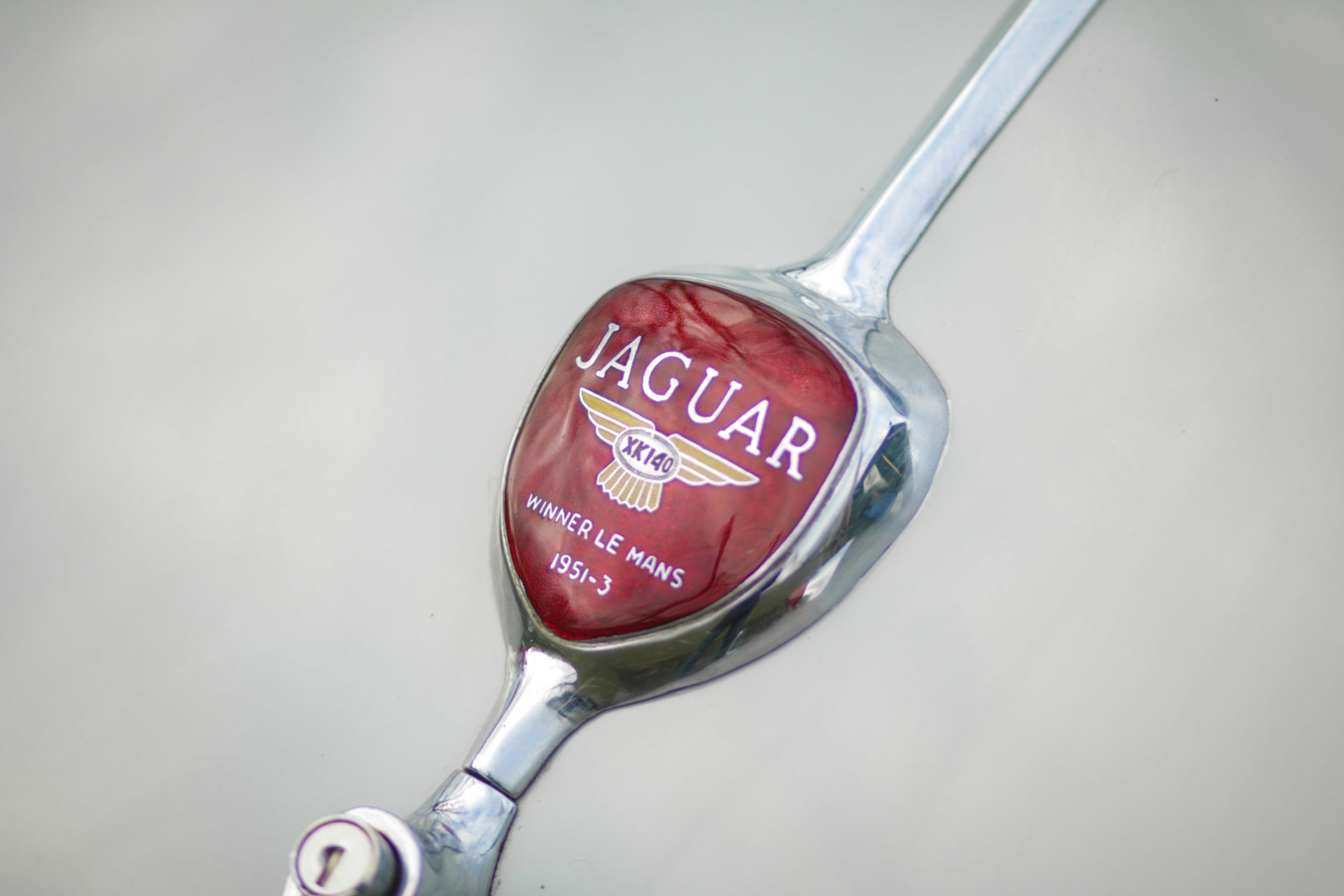 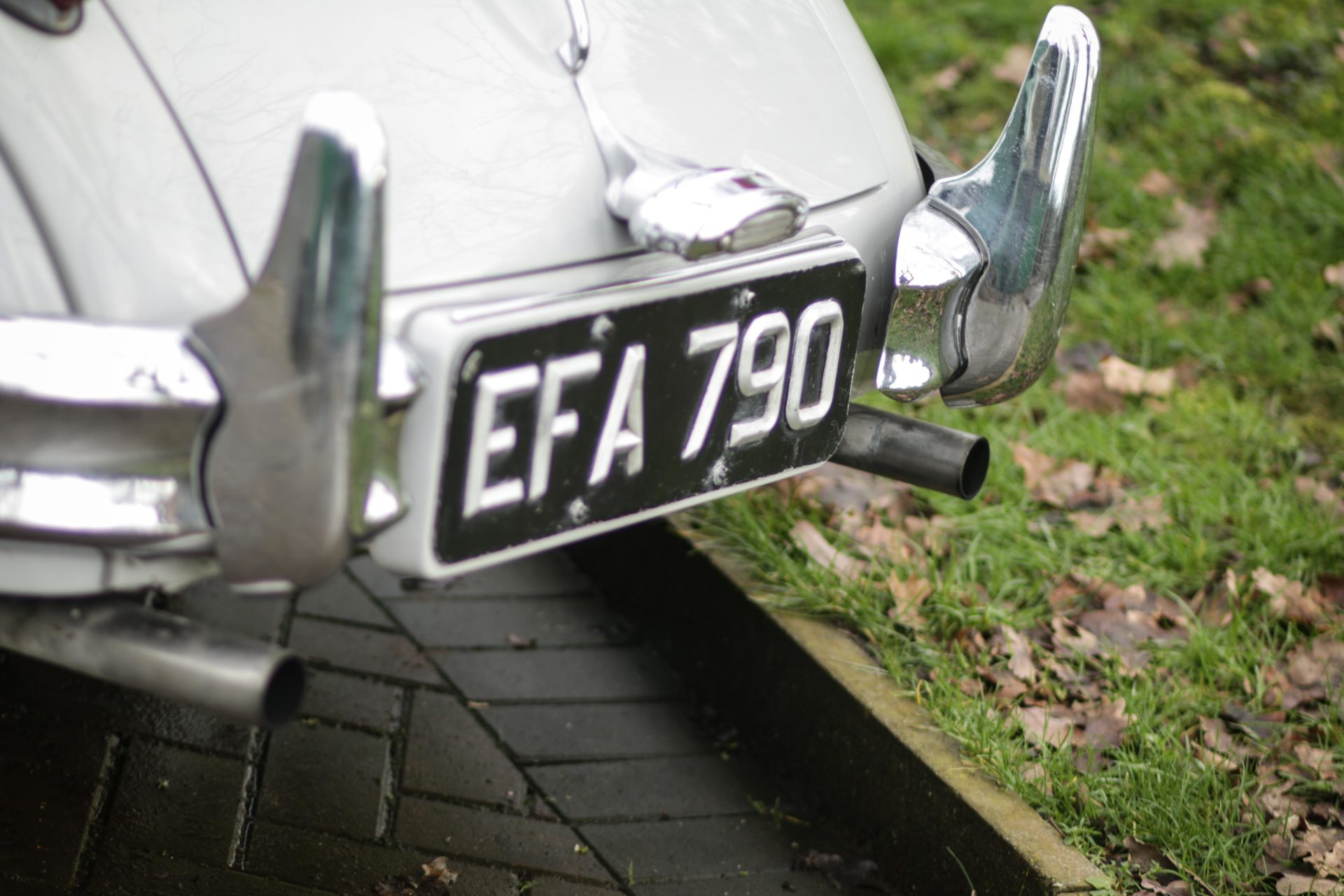 EFA 790 was manufactured on the 23rd May 1956 and first registered on the 22nd June. The car was originally painted in Pearl Grey, as confirmed in the original buff log book. The earliest image on file of the car on the cover of the November 1981 (Issue 256) Jaguar Driver magazine shows the car painted red. This image also shows that by this stage the car has had factory ‘Special Equipment’ modifications applied, likely alongside the respray to red. These include the knock on wire wheels, twin fog lamps and windscreen washers. The car is also fitted with the dual exhaust system and, by external appearance, a ‘Cy Type’ cylinder head

The unique feature of EFA by far is the non factory sunroof that would  have been fitted shortly after the car was built. This is an exceptionally rare modification to be found on XK`s and we are told is waterproof! Many enthusiasts have pointed out that they have never seen such a sunroof in metal on a 140 and only one ever on a 150

The car has a vast history file with invoices dating back to 1987. A bare metal respray to the existing red was carried out on the car in 2003 totalling around £42,500 and there are photographs on file showing this process. The car was then most recently restored again in 2017 to return the car to it’s original specification, painted Pearl grey and an expensive retrim in blue leather. The car has benefitted from continuous expenditure on it in the last 30 years on top of these restorations.

A delightful car offering the best of both worlds with almost open air motoring for those summer days and closed for those chilly autumnal days.
Offers based on a realistic price of £77,000 for this lovely motorcar.